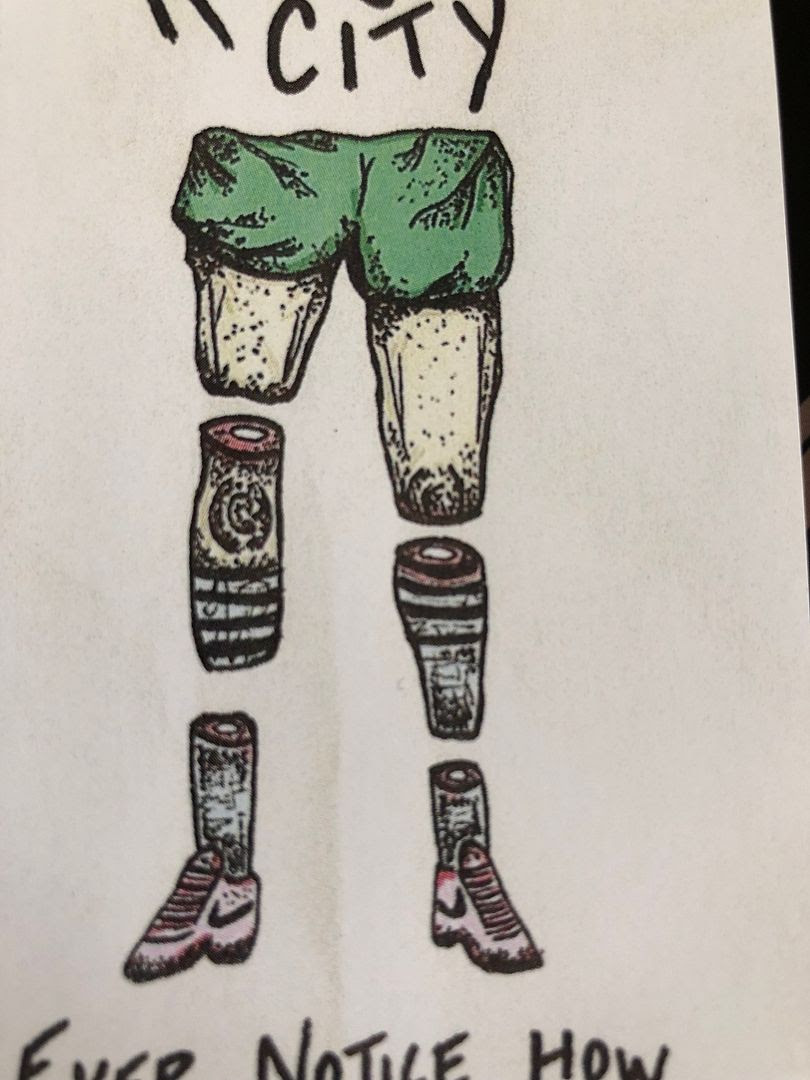 Some people might look at this cassette, see the title of it and say "Everything's not stupid-- you're stupid!" and pass on it.    That is the sign of the times.   We live in a society now where everything is deemed offensive.   I could go on Twitter and say it's such a beautiful day outside because the sun is shining bright and the sky is a perfect shade of blue and someone would say "The world isn't beautiful because..." and go off on something that doesn't have to do with what the original thought was about.   Everything really is stupid.   It's nice to see this sentiment- more from my youth than current day society- still around in this hyper-sensitive mess we call a society.

At first this starts with what sounds like some kind of -gaze and yet there are these guitar riffs, almost with a surf sound, mixed in.   It's smooth and the more you listen to it the more you'll hear how it becomes this sound of some forgotten band from the late 1990's.   It's not grunge, but it's the rock the radio shifted to after Kurt Cobain died.   Something from that MPLS scene, Pavement, Weezer and Silversun Pickups come out all the same.     It has that slacker rock vibe which you either know because you were alive back then and old enough to appreciate it or you don't and that's okay.

From Matthew Sweet to something from those glory days of DGC, this could also be found on the "Angus" soundtrack at times.    The song "Fuck The Landlord" has vibes of EFS but also that acoustic, more melodic feel of Local H and I feel like the lyrics (not just on that song, but the cassette overall) compliment Local H more.   The idea of rather killing yourself than having to pay the rent is I'm sure something we've all considered since rent is typically the most expensive bill we face as adults and I don't know why it jumps so high from electricity being $200 or so then bam rent is like four times that amount.  I understand what goes into being a landlord, but 90% of what you pay goes towards where you live.

There is an audio clip on here from "Office Space", which you should recognize as the main character explaining that we, as humans, were meant to do more with our lives than sit in cubicles all day.    As the second side comes to an end, there is another audio clip from "Home Movies", which is rather funny because I recognized H. Jon Benjamin right away and thought "This isn't Bob's Burgers.  This isn't Archer" but then I eventually he was talking to Brendon and it all fell into place.   Even just thinking of the time period from when those two audio clips came can help you see what kind of music this is going to be.

In 1995, maybe 1997 this could've been a huge cassette.   Songs could've been on the radio.   Now, in 2019, I imagine someone posting about this on Twitter, the replies full of clever comebacks of the title being stupid, how could you be so negative, blah blah blah, to the point where the comments are getting more likes and retweets than the original idea of the cassette itself.   This is our society now.   Perhaps we don't deserve Kill Surf City.   In many ways, we have no one to blame for the shit we've created but ourselves.   But I'm going to hold onto that little bit of hope that one day things will get better.  Until that day, let's not let the masses ruin this cassette for us. 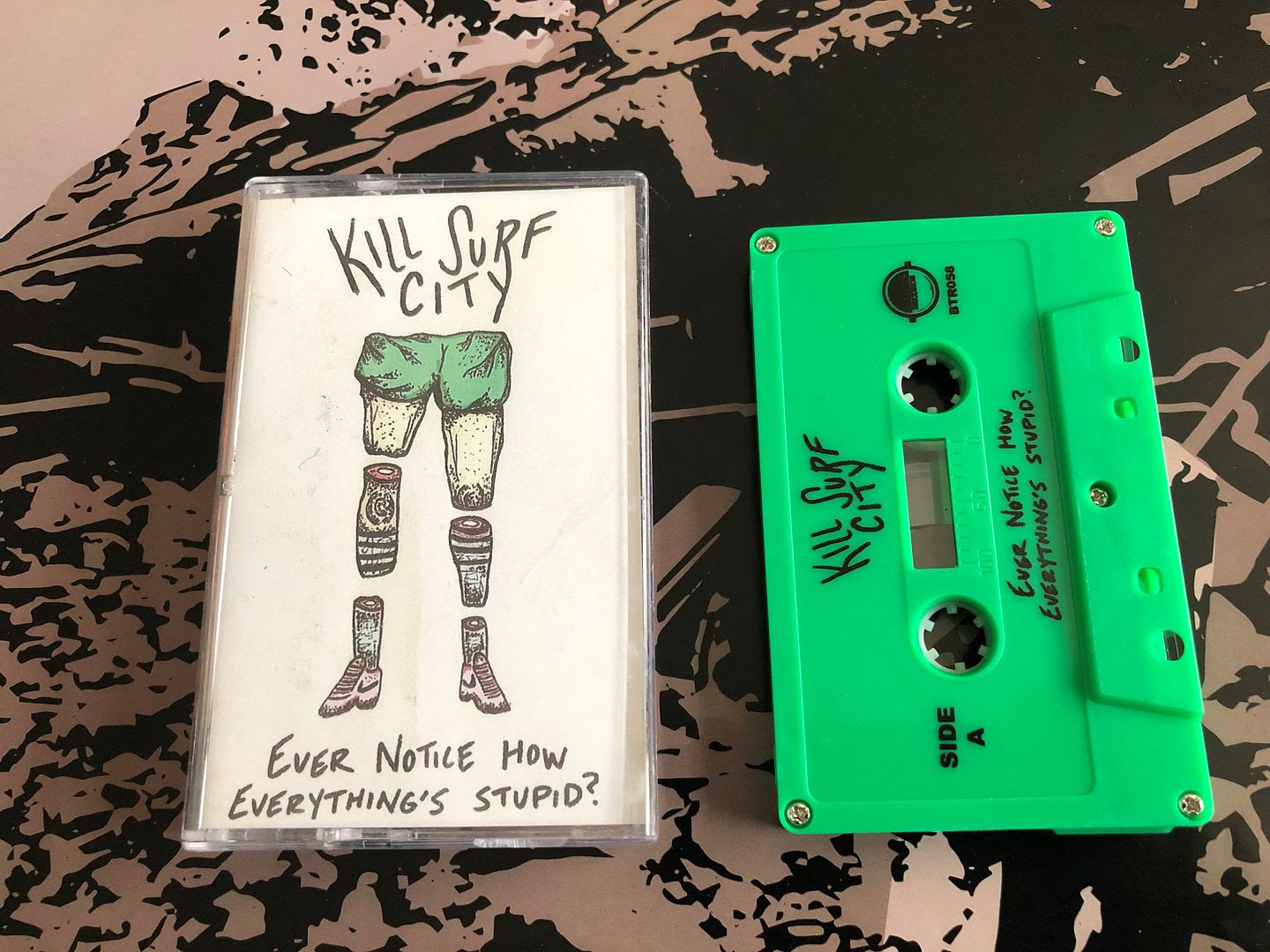 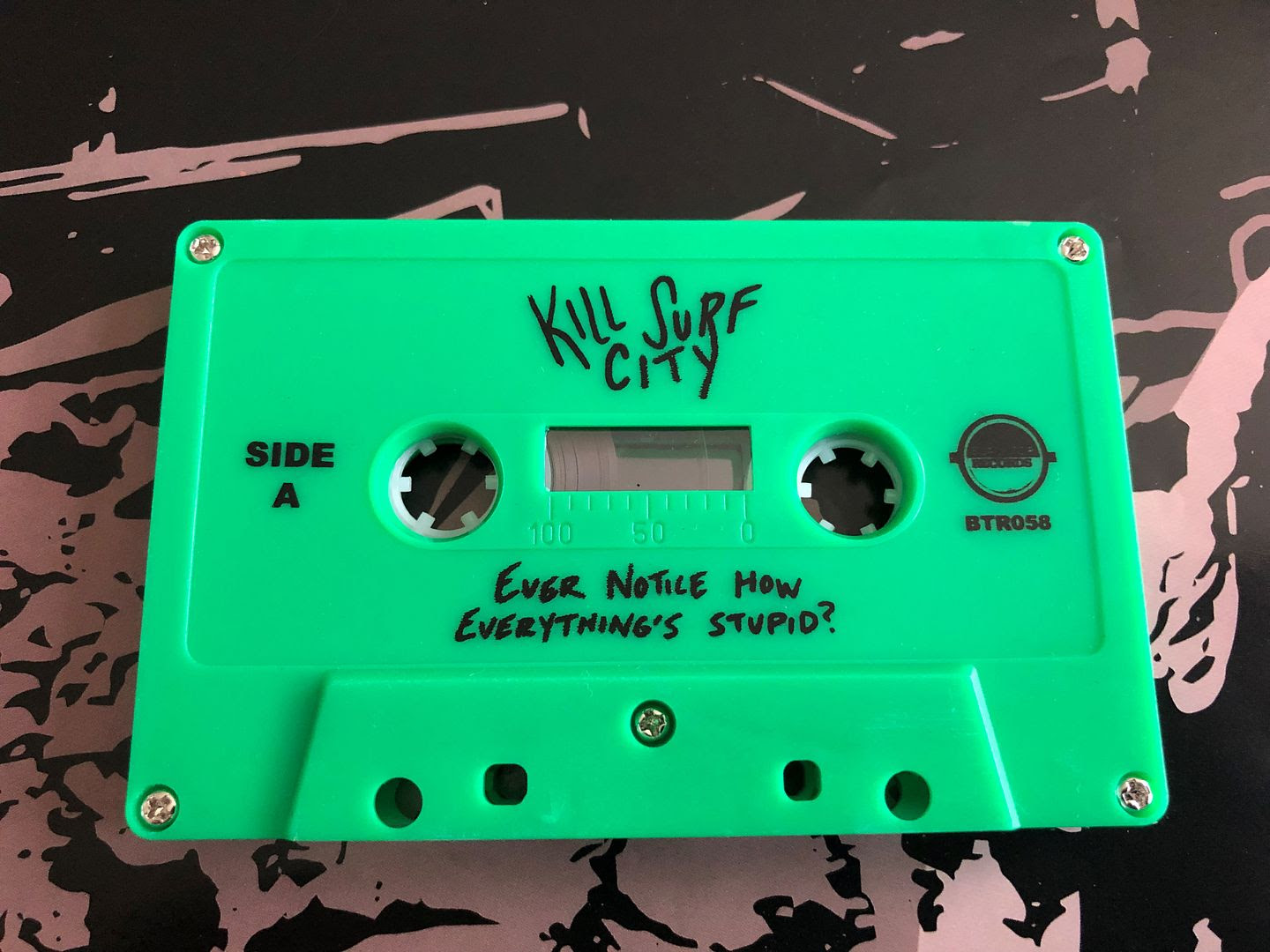 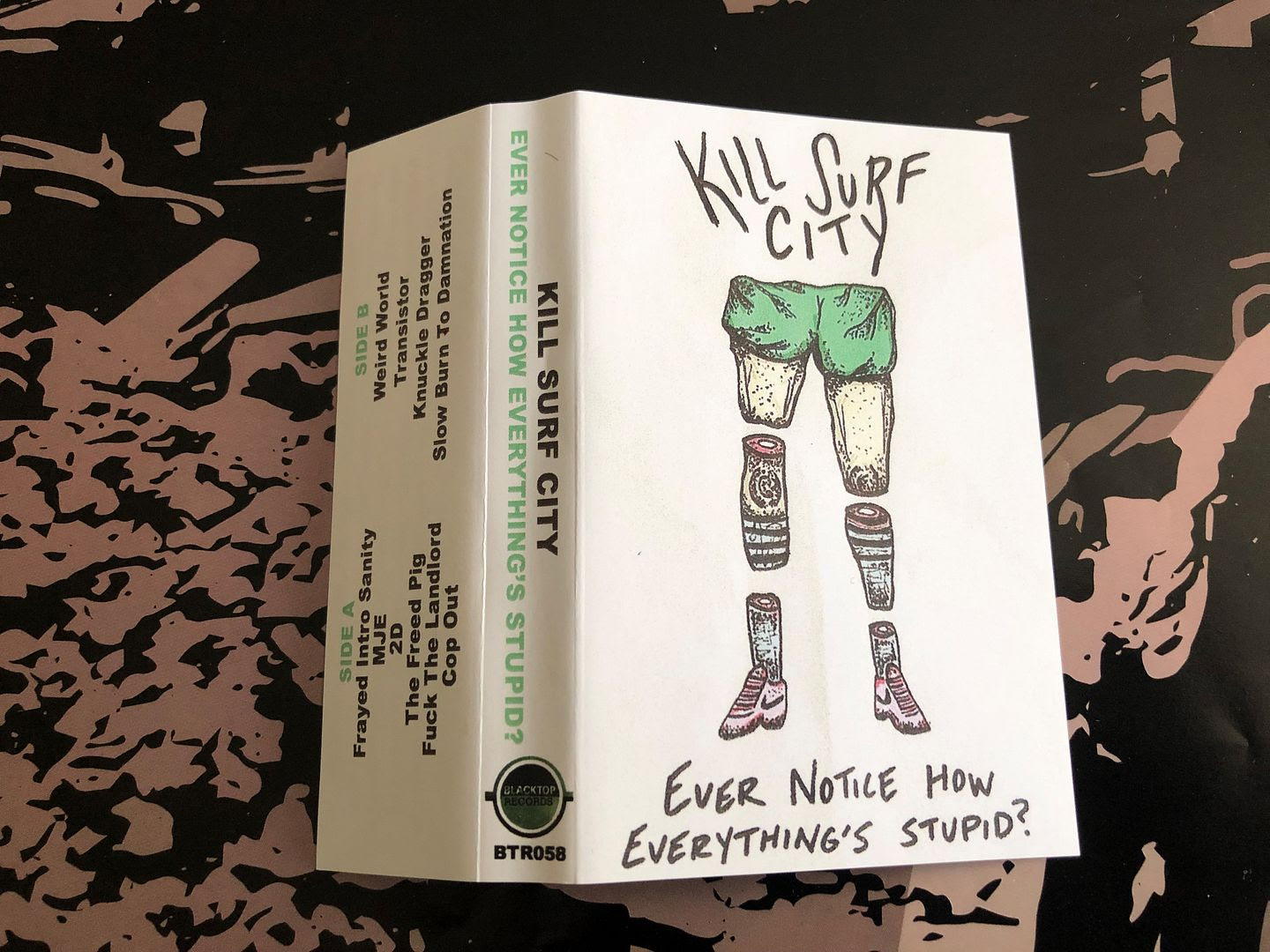