When I was growing up and into my teenage years I didn't really listen to a lot of music that could be called psychedelic.    My parents were both hippies and I know they were likely into music that would have blown my fourteen year old mind, but I feel like once they got married and started having kids they settled down, sort of hid their past, and I didn't get to listen to those great bands from their era that I should have.    Most of what I can think of as psychedelic from the past is The Beatles but my parents would be sad to know that's the first place my mind goes-- my parents when they were younger at least.

Thankfully, music has been coming out in all forms and genres so finding a good psychedelic band isn't what it once used to be (Remember how they put out music that eventually stopped the hippy music and then that music got taken over and so on?) and I think part of that is due to the fact that over time the quality of drugs has improved.    Frankie Teardrop Dead has that sound of big banging drums and killer guitar riffs.    The vocals are kind of buried back there, behind all the smoke and music, and it just somehow all comes together and works.

This sounds a little bit like BRMC, a little like Brian Jonestown Massacre and there are even some elements of Beck.    You'll hear a song that has more of a garage punk sound, maybe even borderline surf, and you'll hear a harmonica which will bring about thoughts of how underrated "Wildflowers" is as a Tom Petty album.    It can go from lighter to darker, but regardless it feels like there is much more music in here than there are vocals.   By the end- just because it seems like I must- I can also throw out a Flaming Lips reference.

Music is such a funny thing because people get into bands where it's like "This is that band you should love, why don't you love them?" and I don't know.   To me, music has to feel organic.   It can't be forced.   You shouldn't listen to something simply because all of your friends listen to it or because you feel like it is generally accepted as being something people listen to.   There are bands (more than you think) that people love and they just cannot understand why I don't love them.

To me, Frankie Teardrop Dead is one of those bands I wish I had in my youth to follow around to shows, take drugs and really live the life of some crazy journalist because I feel like it would've made for a wild book if it didn't kill me.   Am I too old to follow bands around now on tour?  Probably.  But I'm getting to the point in my life where I just might.   Even if I don't, I can still listen to this cassette and whether it be a blast from the past, a new beginning or somewhere in between, you should as well. 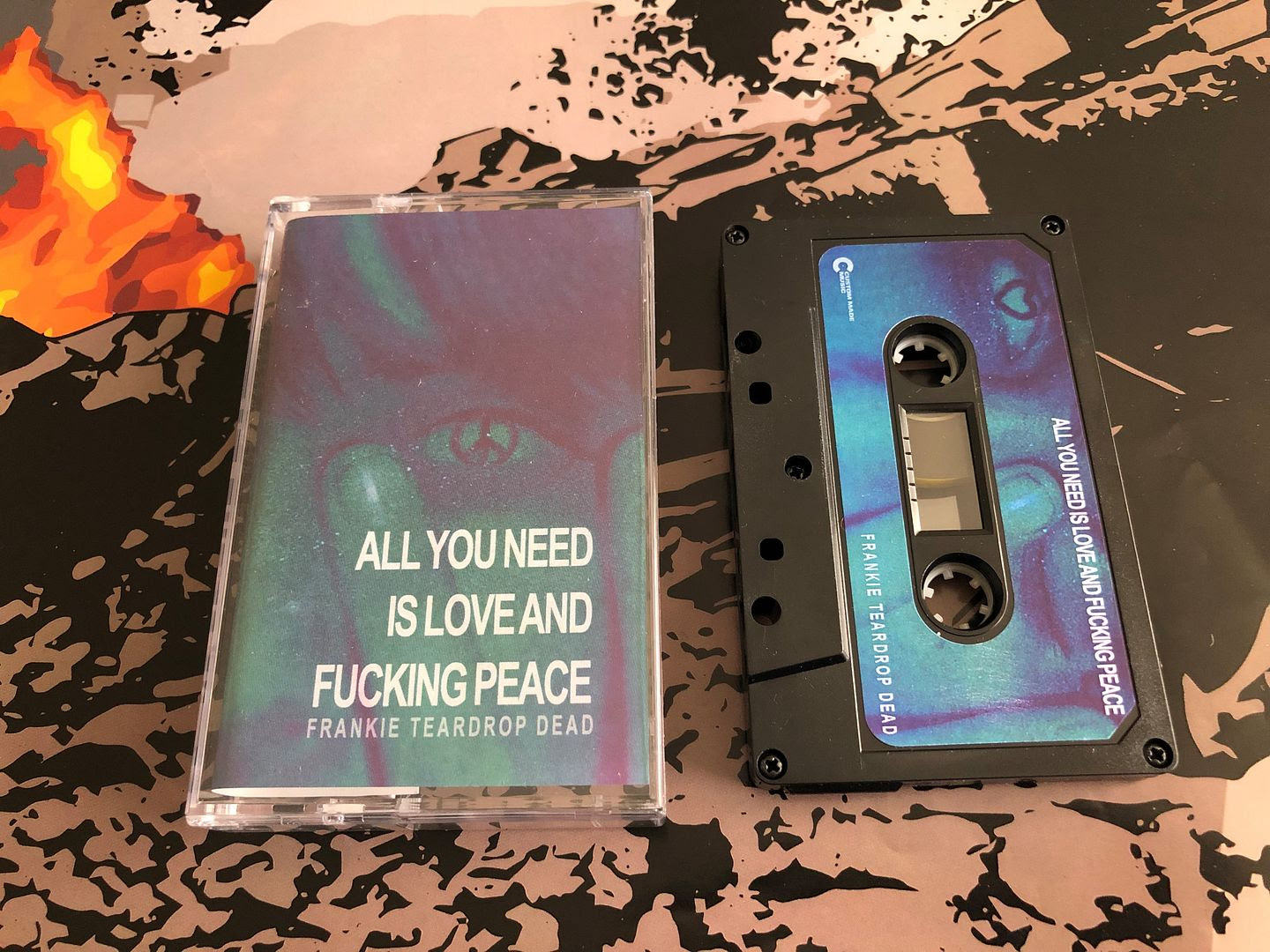 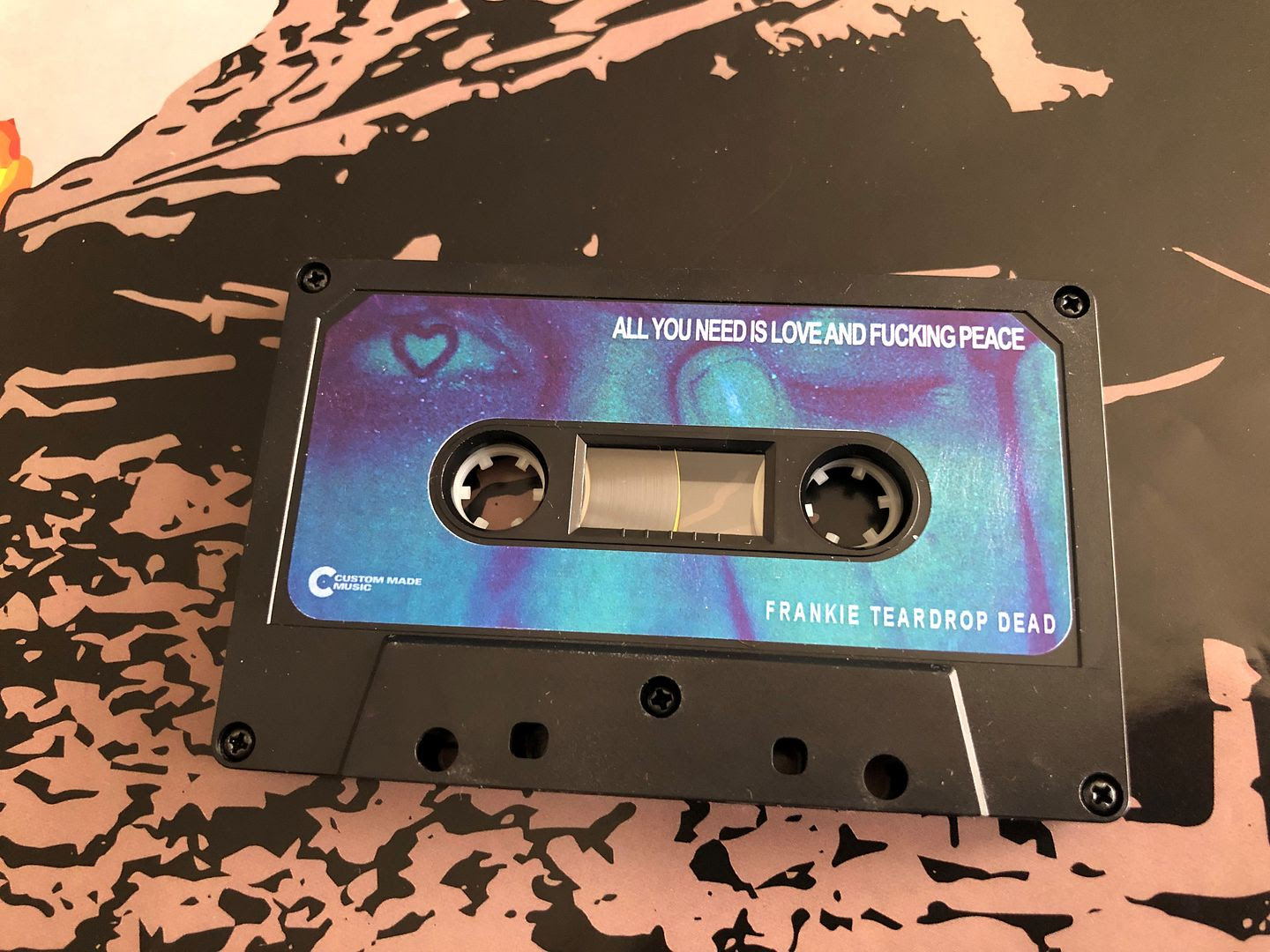 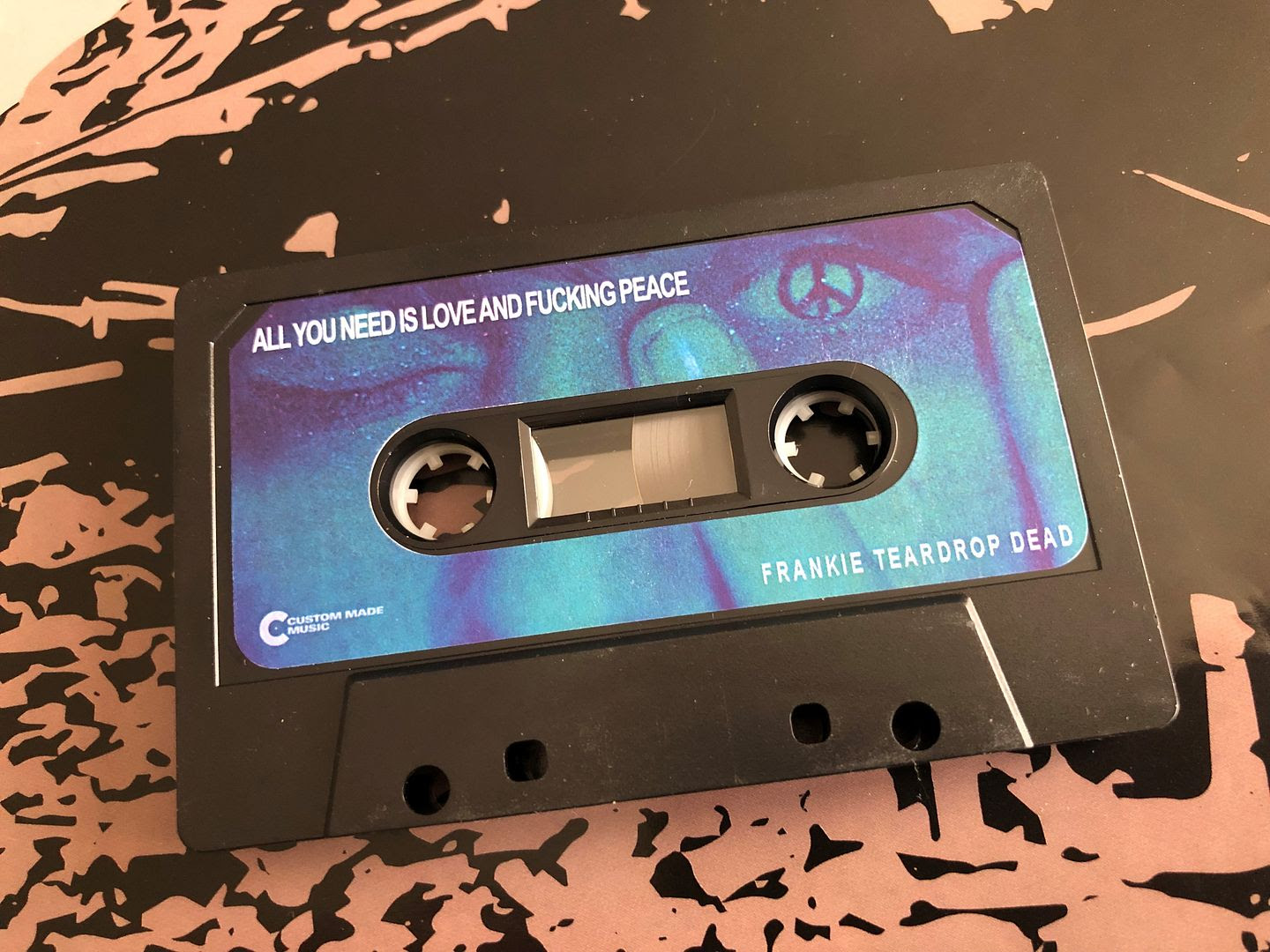 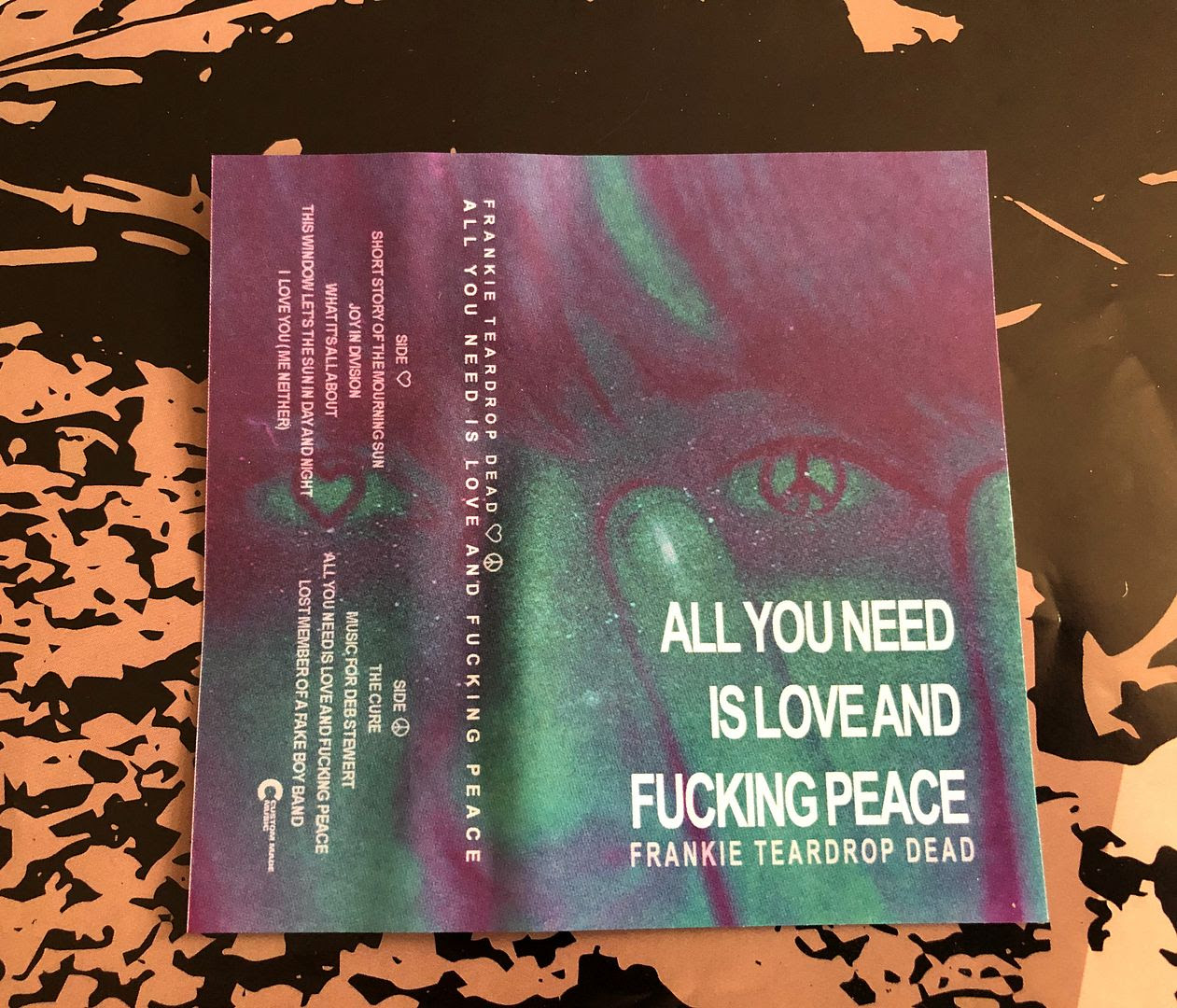