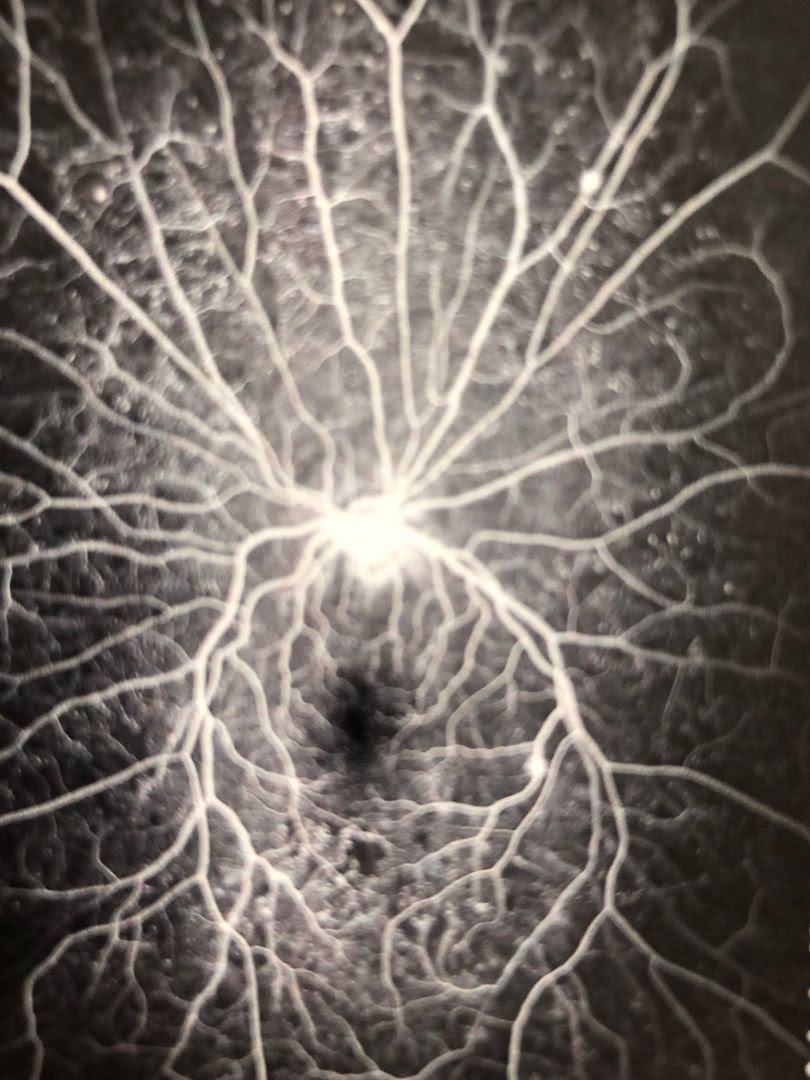 What begins with dark strings, like a cello, brings about some lighter strings as well, such as a violin, and there are birds chirping in here as well.   Vocals come in and this is somewhere between a symphony and something you might hear out of Middle Earth.    There is a certain sadness in this first song, but it could also simply be that it takes on a somber tone and sometimes when music sounds serious it is easy to displace it with sadness.

Keys, kind of like car horns, come in next, all at once and quite loudly.    This carries on in drone, only slightly changing, but it also has this great Pole Position feel to it, as if we're going around that racetrack.   This then goes into some delicate, acoustic guitar string plucks, just to show you how we go from that feeling of the apocalypse to something lighter.    The sad strings return and as they begin to sound like they are singing, so returns the vocals.

As the words sing along with each note, this takes on such a dreamy quality that at this point on the cassette you should become fully engulfed in what you are hearing.   These sounds have their own emotions, sure, but they also build cities and when you're listening to them it is difficult to separate what you are hearing from reality.  I dare not listen to this while walking because I would likely grow so immersed in it that I would be hit by a car.

While we can feel the guitars take us into space, like aliens, they can just as quickly return with sounds on the next song which make me think we are in a magical forest.    In many ways, this is less of a cassette in the traditional sense as a collection of songs as it reads more like a musical, images rolling through each passing note to help create the point, which you will have to do with your own imagination.

On the flip side skip beats and ohms create a haunted rhythm.   This has a certain electronic sound to it that isn't quite something out of the 1990's but... I recall hearing a song by The Doors once and it had these electronic beats behind it.   Don't ask me why someone did that to them or even who did it because maybe it only existed inside a dream, but this is the kind of vibe I'm getting here only in a much more organic way and it's every bit great as you'd expect it to be.

From strings like symphonies to synth drones that take us to electronic places, this cassette travels back and forth flawlessly.    Sometimes it feels so light, like we're floating on clouds, while other times it can feel as if we're being dragged to the depths of Hell as the Earth comes to an end.    Though, only fittingly, the cassettes does end with a little jangle which makes it sound like we're being played off the stage, riding off into the sunset. 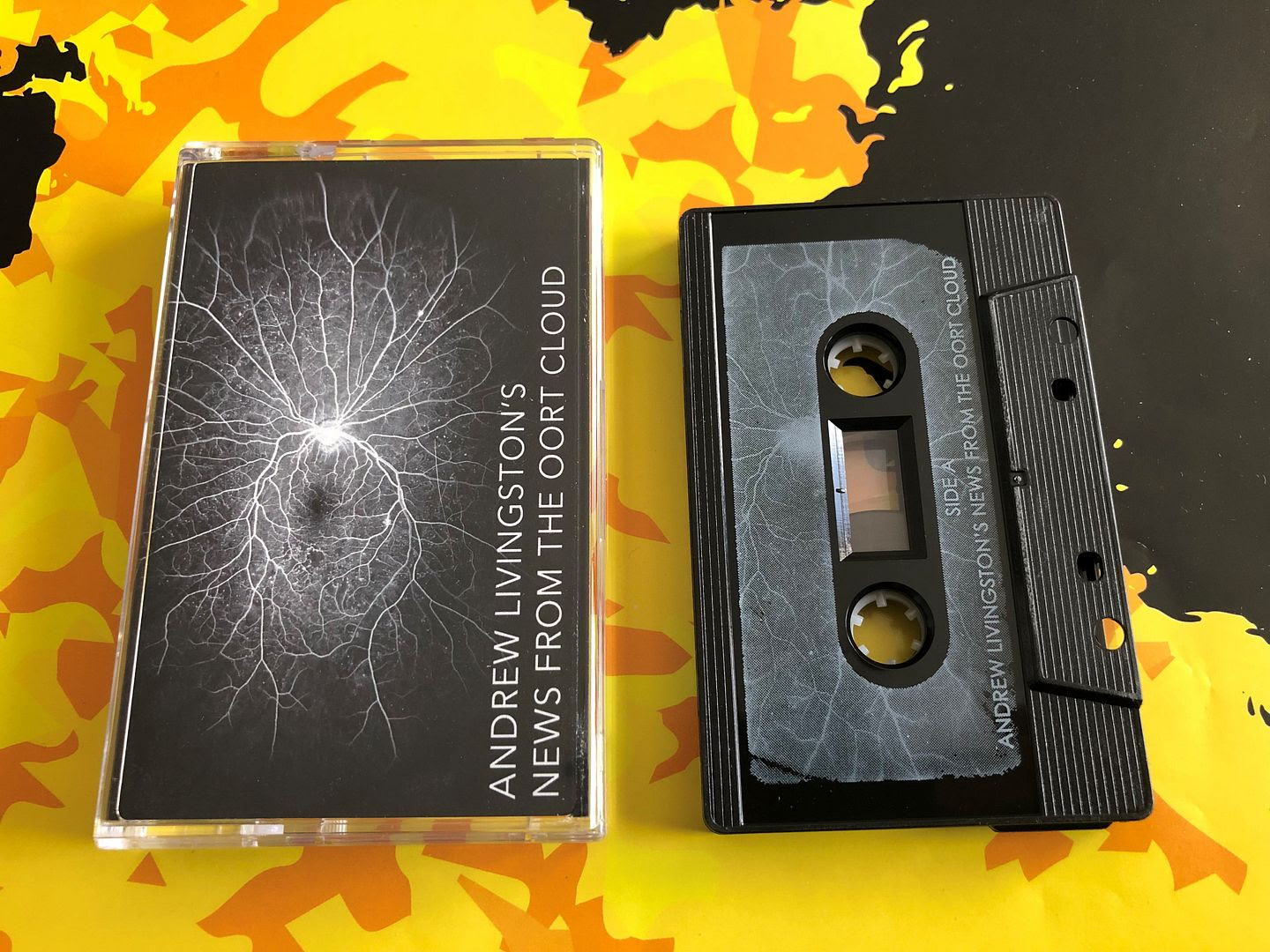 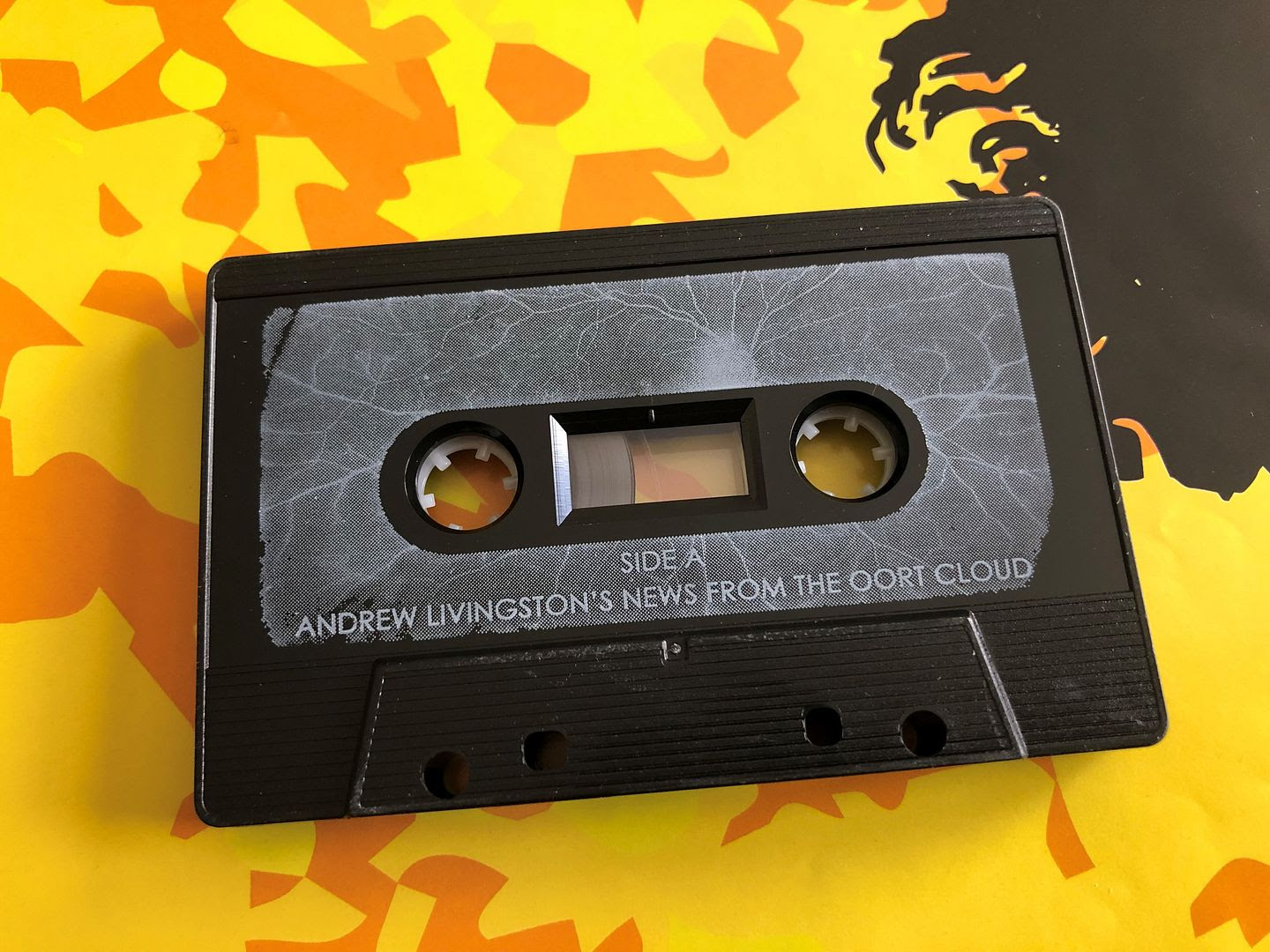 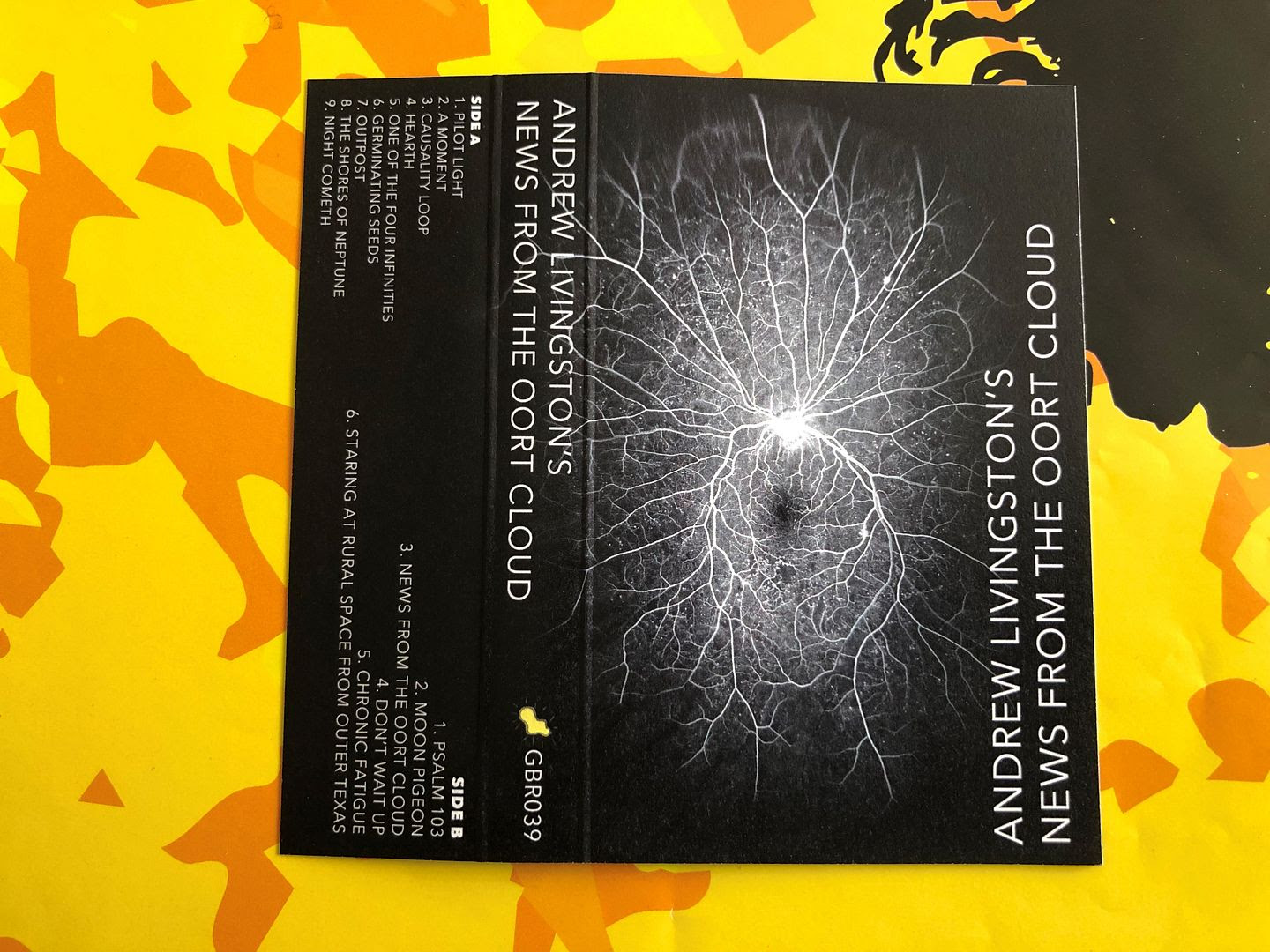 Posted by Joshua Macala at 1:21 PM