When I first heard You're Jovian it was because I got their cassette, their only other release, from Funny/Not Funny Records along with a cassette for New Boss.   New Boss happens to hold a special place for me because I own all of their music in physical format (cassettes and records) and they also put out one of my favorite records this year called "No Breeze".    I don't always remember who came with who when music is sent to me, but since New Boss is one of my all-time favorite artists I feel like You're Jovian could become one eventually as well, even if it was only the mere association which helped edge them in.

Now I say "they/their/them" but from what I can tell by the HSAL Bandcamp page, You're Jovian is the creation of a single person.   Still, there is that full band sound, such as something from the blissed out likes of when I first got back into (writing about) music when finding out about When The Sun Hits, as in the '00's (writing about) music hit a low for me, and yet it can also be something from The Blog That Celebrates Itself.   Ultimately, yes, the sound of You're Jovian is one in that realm of "shoegaze" only, you know, closer to what actual shoegaze is and not just how everyone began tagging themselves as such when it became popular.

There are vocals, but they are just drowned in the sea of distortion.   Starts and stops, this gets pretty heavy as well but not in a hard way just that it kicks in and really makes itself known.   I don't want to generalize- ever- but one of my problems with the term "shoegaze" in the sense of how it relates to music is that the majority of music (not all) that it seems to apply to is boring to me.   Don't get me wrong, boring music serves its purpose as well (and other mights not find it boring) but on some level I've always thought of it as just kind of aimlessly drifting along- shoegaze, that is- and to that end it could be a good background sound but not something you put your full attention on.

Even the trippy/magical guitar loops which kick off "Slippery Slopes" make it difficult for you to put this on and not focus on it.   Sometimes I put on music when I'm out of my house- walking, riding the bus, at the store, etc- just to cancel out any other sounds around me (and to keep people from talking to me) and sometimes with it I'm not really paying attention to the songs.    I think of that as being shoegaze in a lot of ways, but You're Jovian is different which is why I don't want to think of this so much as shoegaze but a distorted rock sound.    Electric guitars twist and turn their way through the chorus while words are spoken.

The musical aspects on "Learn To Live" feel damaging, somewhere between Superdrag and Foo Fighters.    The way "Cheese Fondue" crushes through somewhat reminds me of Smoking Popes and then by the last song we reach the titular track which has a great deal of uncomparable rock power.   Look, I'm not writing this review to say "This is why I don't like shoegaze" because I do enjoy shoegaze just not all of it.    That is also not the same point though that I don't really think of You're Jovian as falling into that same category because this music is just on a whole other level of really anything I've ever heard before. 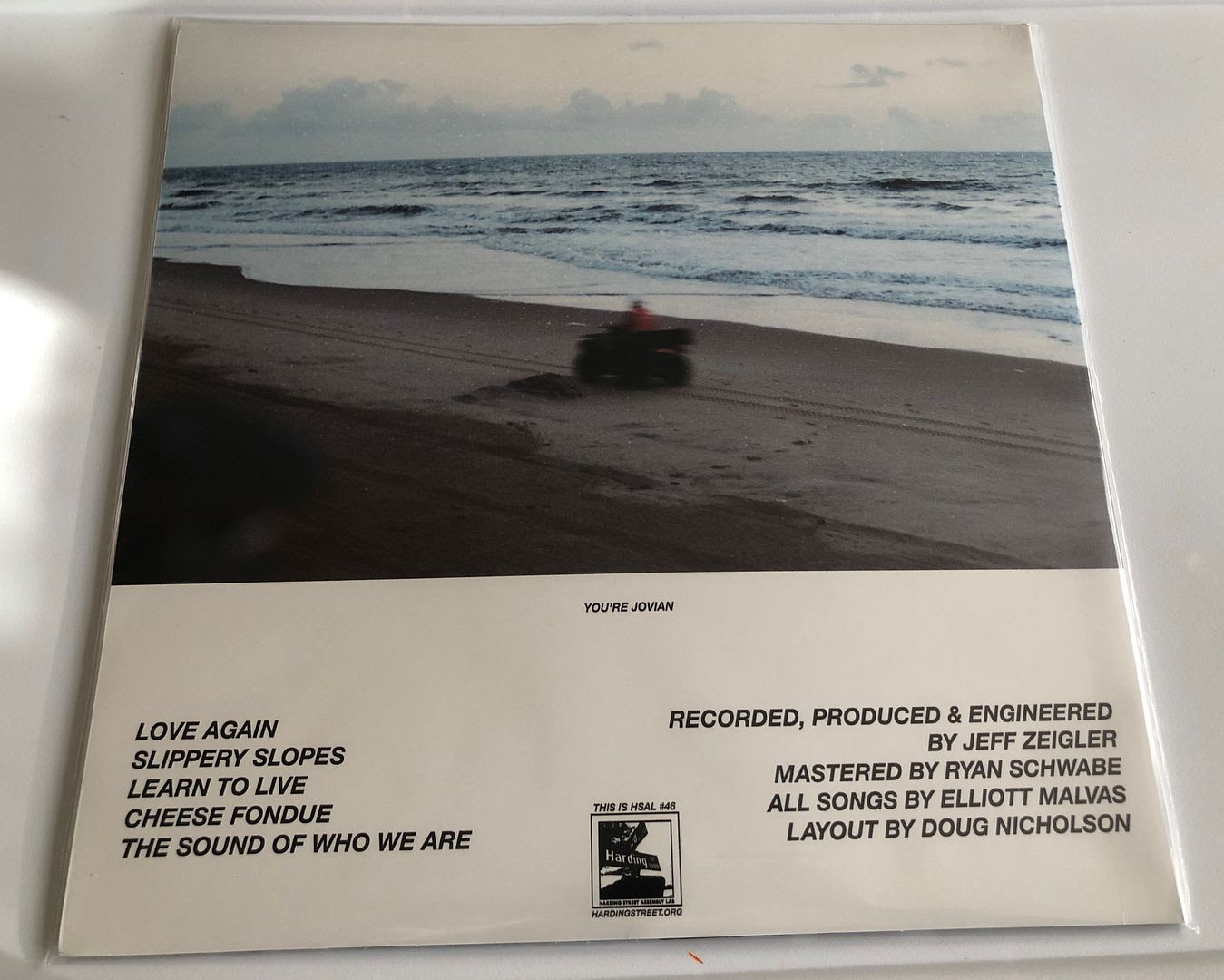 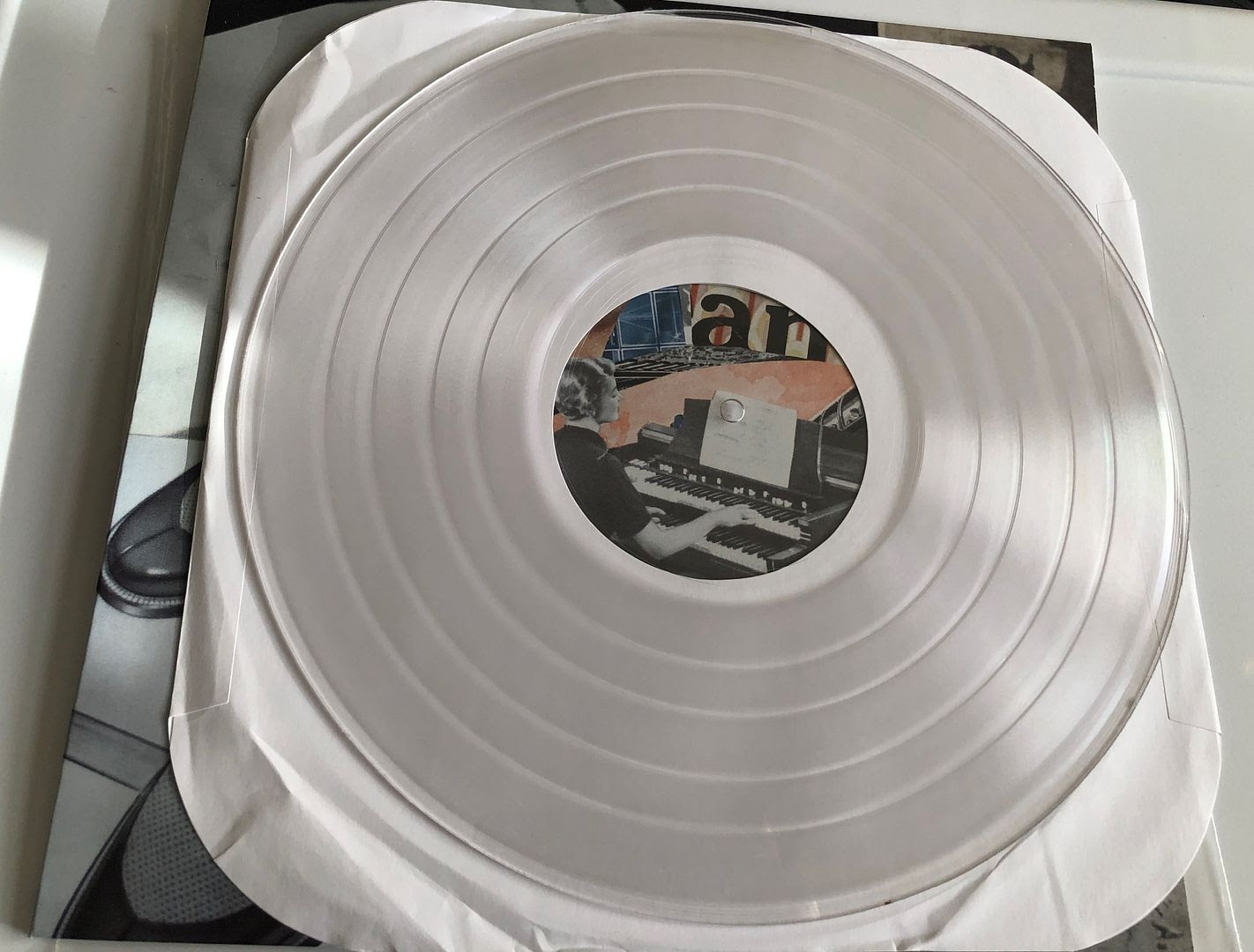