Electronic beats make me feel right away like this is something close to Ladytron or Deerhoof, as we are told about the "Drab Light".   There are claps and it's just moving in a way which most music does not.   It's got that rock quality to it mixed with electronics and pop.   It's so much of what I've never heard before and yet so amazing as well.

Things get a little darker during the next song.   It's a little drone, but it's also on this loop and these higher synths come through as well.   At times it can feel like we're floating in space, lost in the desert or just these clanks and bangs like we're doing the every day life within our own little world makes it feel so far away yet so close to home.   Still, the way these beats are makes this feel like hip-hop somehow as well.

And then the vocals kick back in.   Wow.   Who has ever made music like this before?  I haven't heard it but I want to hear more of it.   These vocals come through like they were being played back through a record player, which seems fitting since I'm listening to this on a record player, but they just have that sort of recorded quality I can only explain as such.    This just creates such a mood it's something you'll either instantly fall in love with or won't be for you, but it's hard to imagine anyone taking any other stance on it.

During this song, it begins to feel as if we're switching stations and I enjoy it as the beat remains steady.    With laser shots, there are bangs and clanks which just make it feel like everything is falling apart as well.    It grows really fast with these beats like popcorn popping and then they become isolated to the point where they're all that you can hear before the song ends.

A solo beat now.   The rhythm kicks in.    This has definitely gone into something closer to electronica and then the vocals kick in and make me think of punk rock.   They come through somewhat choppy as they say "Total care for total control" and in some ways, yes, this does remind me of something industrial as well.   It'd be great to see The Boiler play shows with Fire-Toolz.     It's funny too how the vocals can sound like "I totally care" and "I don't really care" at the same time.   Such a beat as well.

On the flip side we have a song about how bodies smell like death and if I think about this too much it's only going to give fuel to those who think that I think about death too much, but eh, I'll address that in 2019.    There are these whirrs like a plane taking off behind the vocal loops.    Organ tones make this feel more uplifting, like the bodies are on their way up to heaven now.

"Born In A Bag" has a great drum machine beat to it and lyrics like "I was born but it's nothing I can fix" make me think maybe I do listen to a lot of music about death (but I swear it finds me not the other way around)    This song has a great Delta Dart vibe to it and I instantly became a fan of The Boiler when press the needle to this record, but this song is just that idea of The Boiler being able to do anything musically.

The last song is dreamy and ambient at first, a little bit like Phil Collins or something from the 1980's/1990's only sped up.    It eventually feels like a ballad- when the title is brought into the mix- and it reminds me of Cyndi Lauper then as well.     This is just one of those records that when you listen to it once you'll be so blown away by how truly spectacular it is that you'll have to listen to it over and over again. 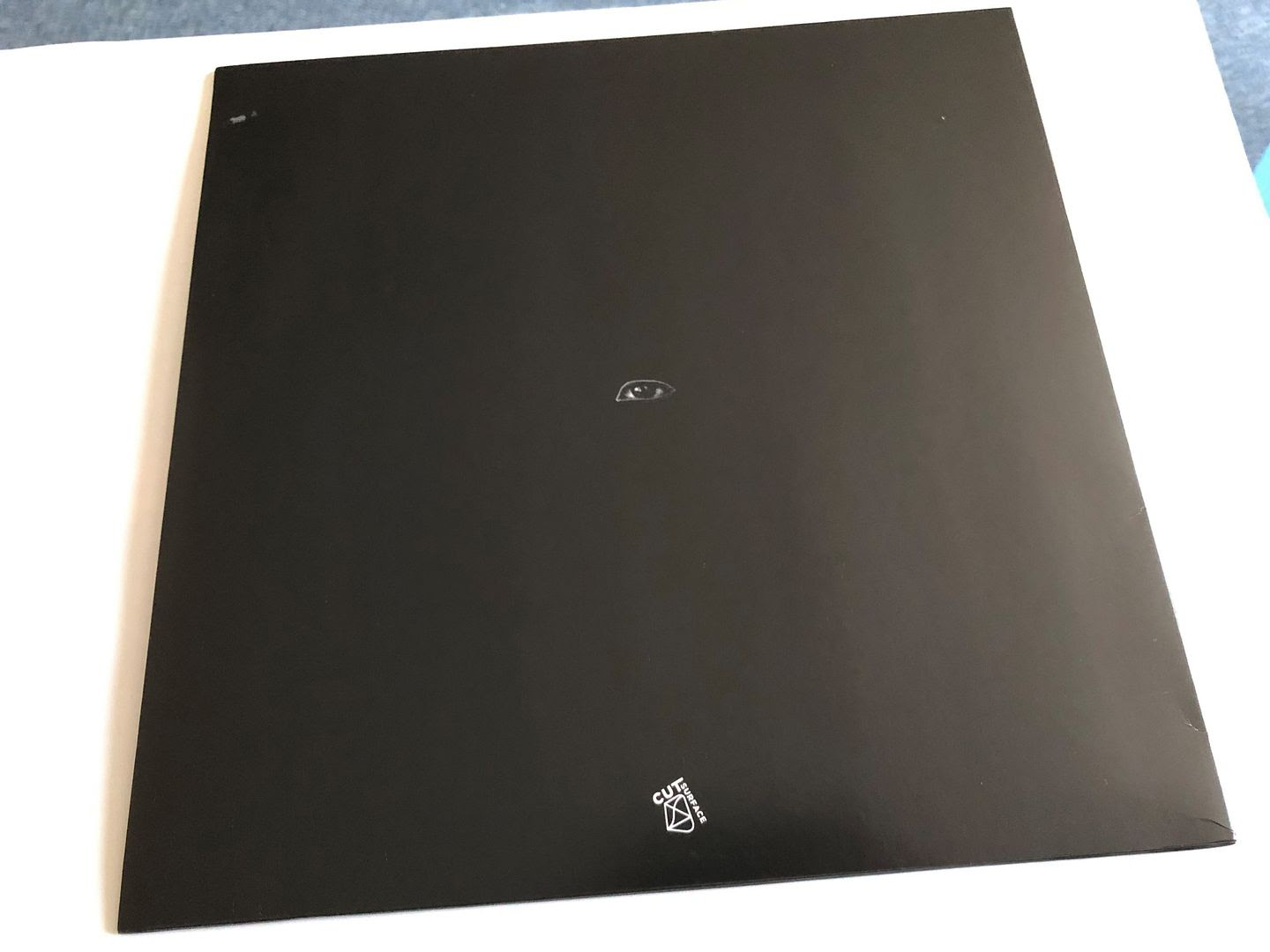 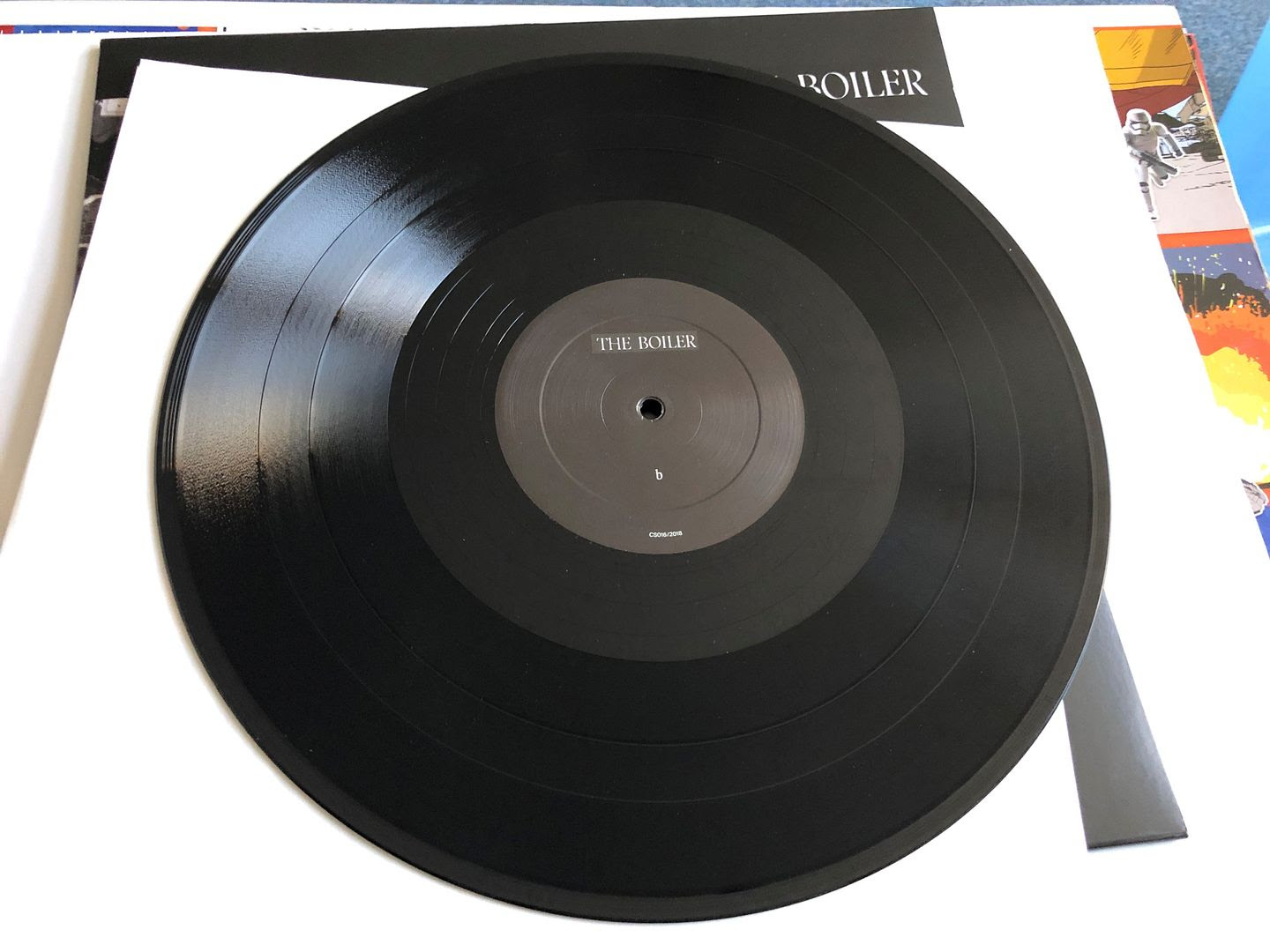 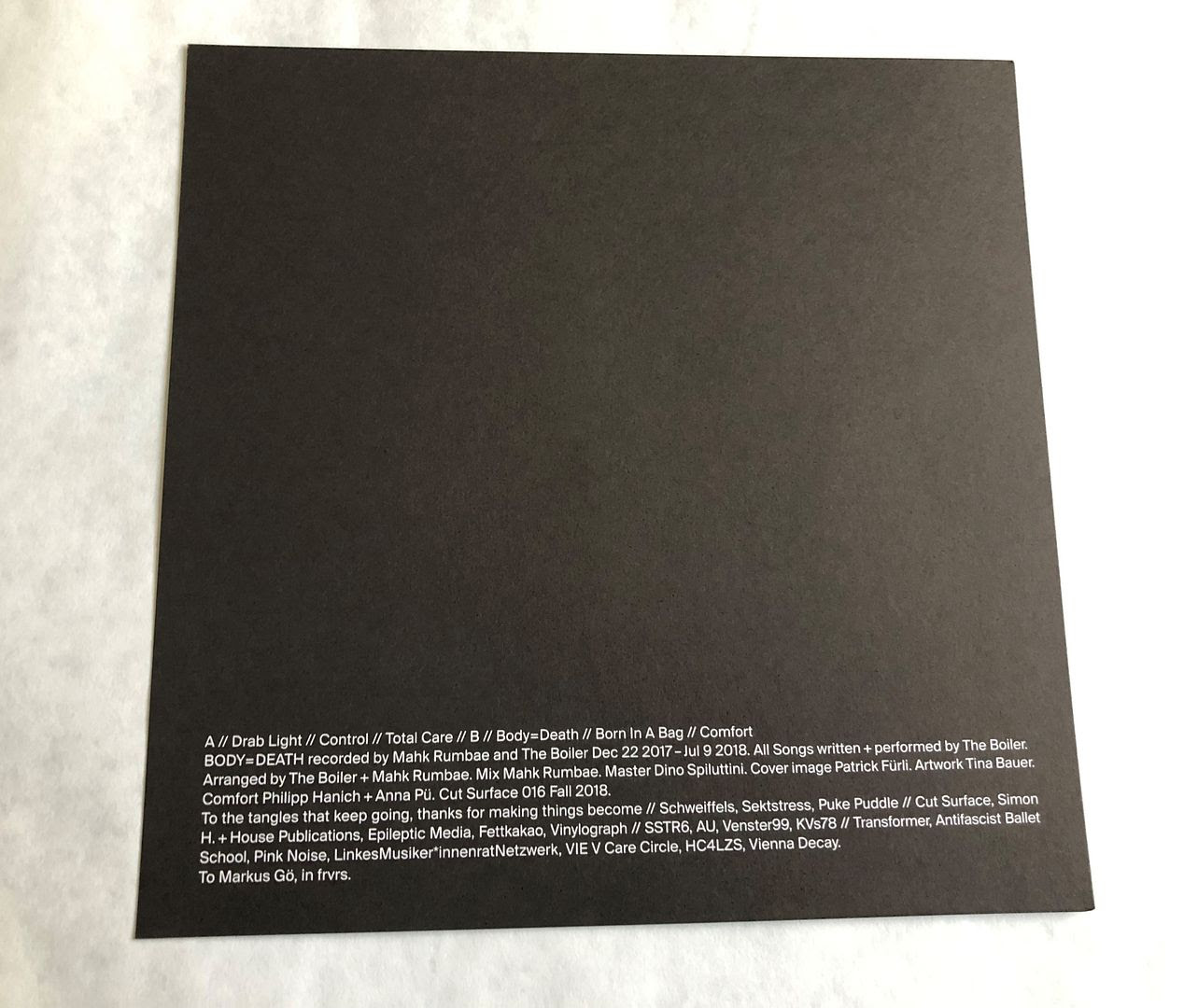 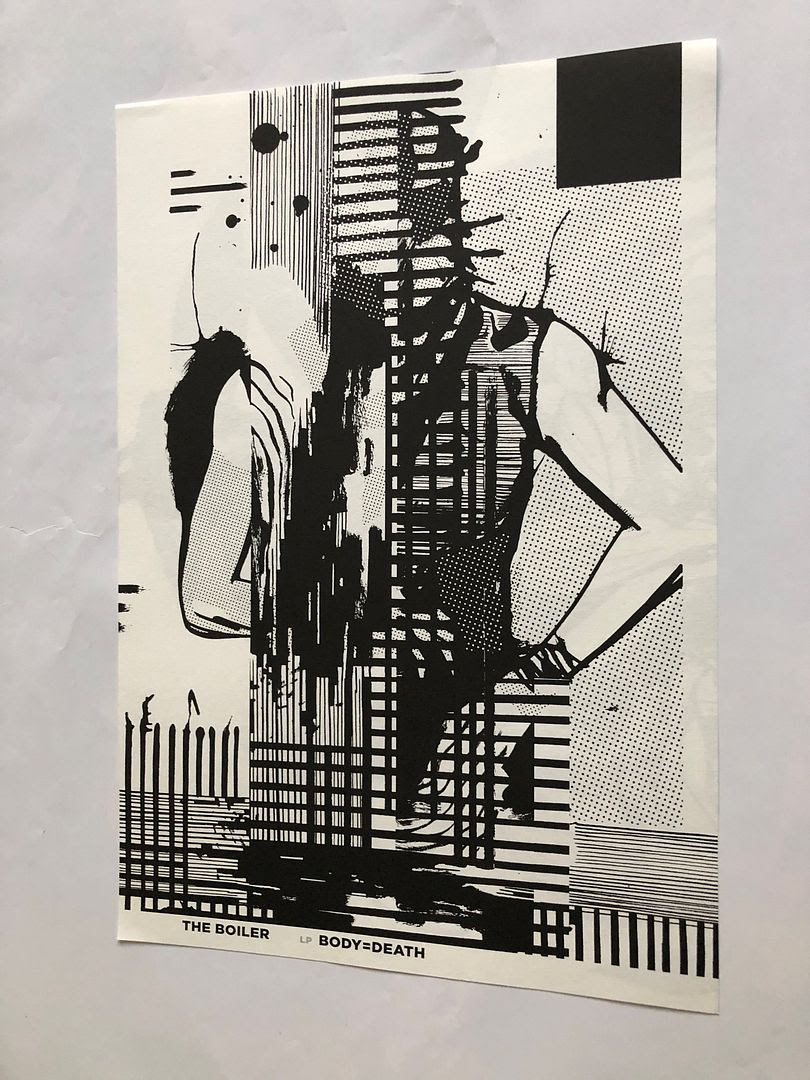 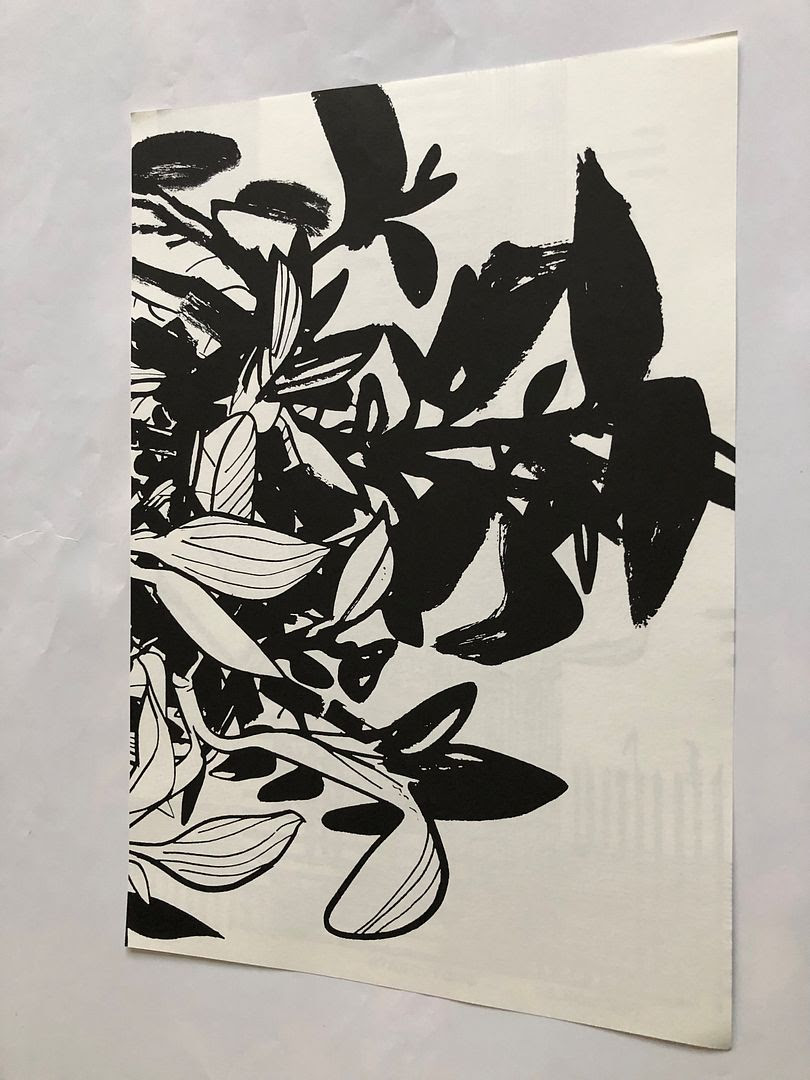