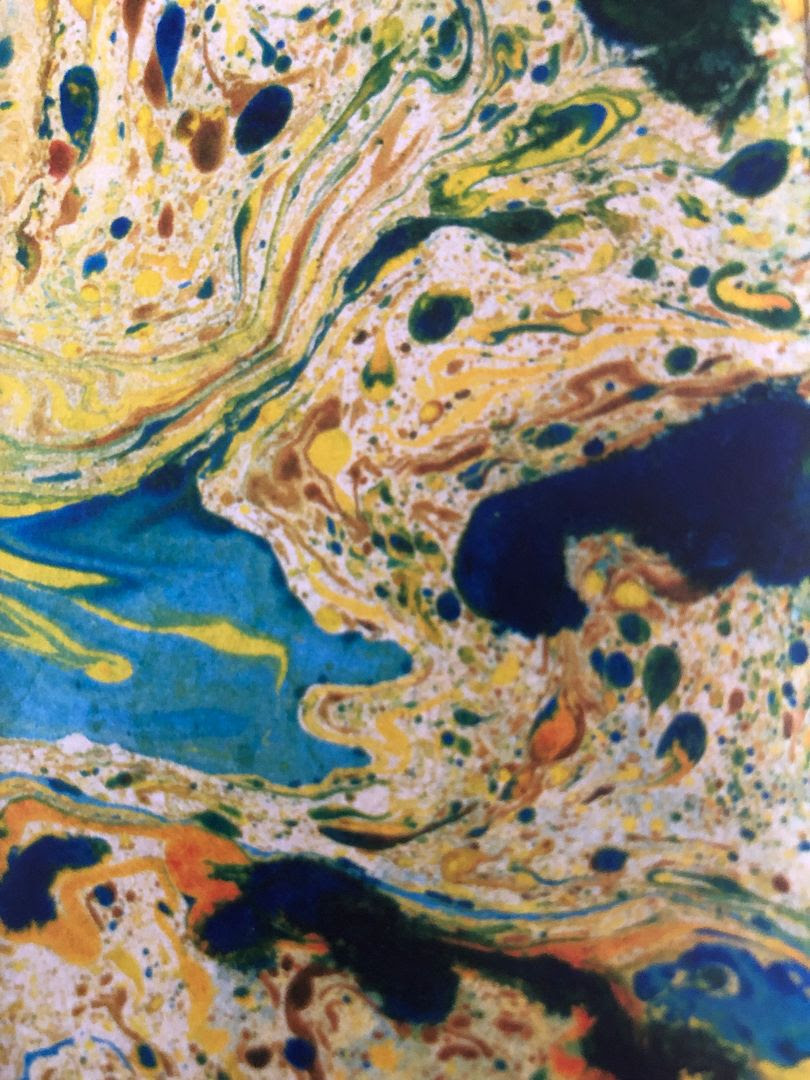 If this cassette is self-titled and the first track is called "Mystic Business" does that make the first track the titular track?   The vocals have this chanting vibe to them.   They're powerful, trippy and can put you into a trance rather easily.   I imagine a group of people gathered in a circle with some sort of end goal, like raising the dead or casting a spell of some sort, as the vocals and tambourine make a darker effect as well.    Eventually, drums come in during this song as well but it does have a rather minimal vibe to it though the vocals are as strong as some other instruments I've heard from other artists.

By the end of the first song we get into the rather prophetic line: "Everyone who loves God loves all that God loves, you said it best" and I feel like that's something everyone really needs to think about, reflect on for a few years.    This goes into a crash of cymbals and then it becomes tribal as well.    As we enter the second song, it becomes a bit more fun as the vocals change to "We tear things up when we go around".    There is dinging like bells and the singing is in rounds.    Remember that giant parachute all the kids had to hold up together in school?  I kind of imagine that as being part of this song, though it also reminds me of Architecture in Helsinki.

The third song is called "Sandwiches" and it's more of banging and fun than the previous two.   It reminds me a bit of Pollens.     "Body" has these sort of moans and pulsating rhythms which don't bring about any words but by the end there are spoken (and shouted) words.   I'm really starting to feel this in an art punk way, like back when I first heard about Need New Body.   Though this might now sound exactly like Need New Body, it's something I would've heard at that time and it would've fit in so well, as artists don't seem to be experimenting like this as much anymore.

"The Internet" is about wanting to grow a tentacle (or two) and as it gets to the title it says things like "We are delusional and we are on the internet" but the emotion can change to terrified or angry.    There are these delicate string plucks behind this song as well.    "Flashbacks" really utilizes that xylophone to the point where it begins to sound like church bells and all of this singing about God also makes me feel that angelic aspect of it all.    But, somehow, I feel like we see eye to eye on religion in a lot of ways, which is cool.   I also tend to flashback to church without thinking about it, so I'm really feeling this.

We go back to how the first two or three songs sounded with the vocals of "We Want Our Bodies Back" as there are minimal electronics with clapping.   The final song is softer, it seems to leave as quickly as it starts and that's not just because of the name-- that's just because of how this cassette can affect you.   Not something to be played in the background but rather to engulf whoever is within earshot of it, this has a presence unlike any which came before it.  You owe it to yourself to take this ride. 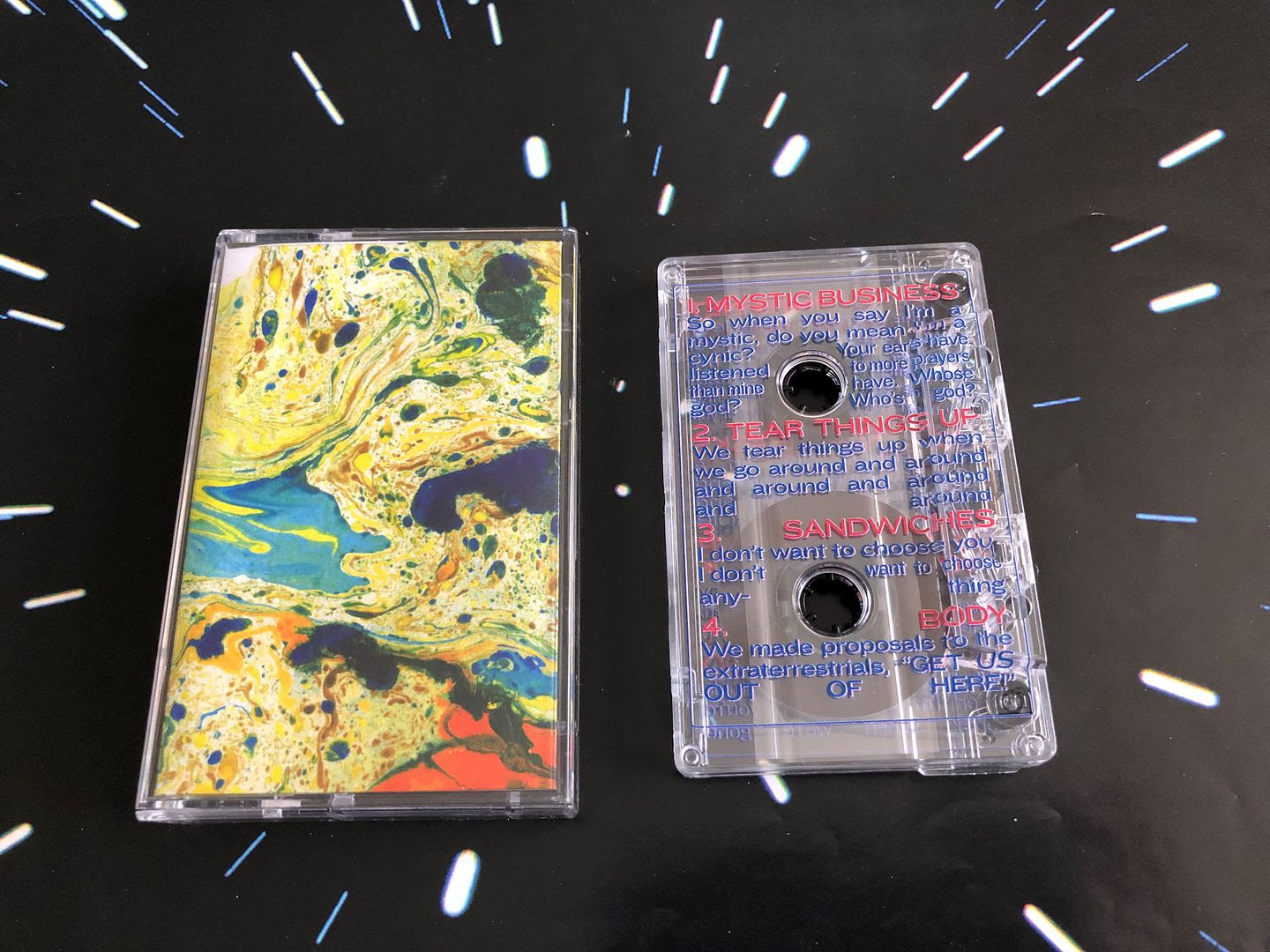 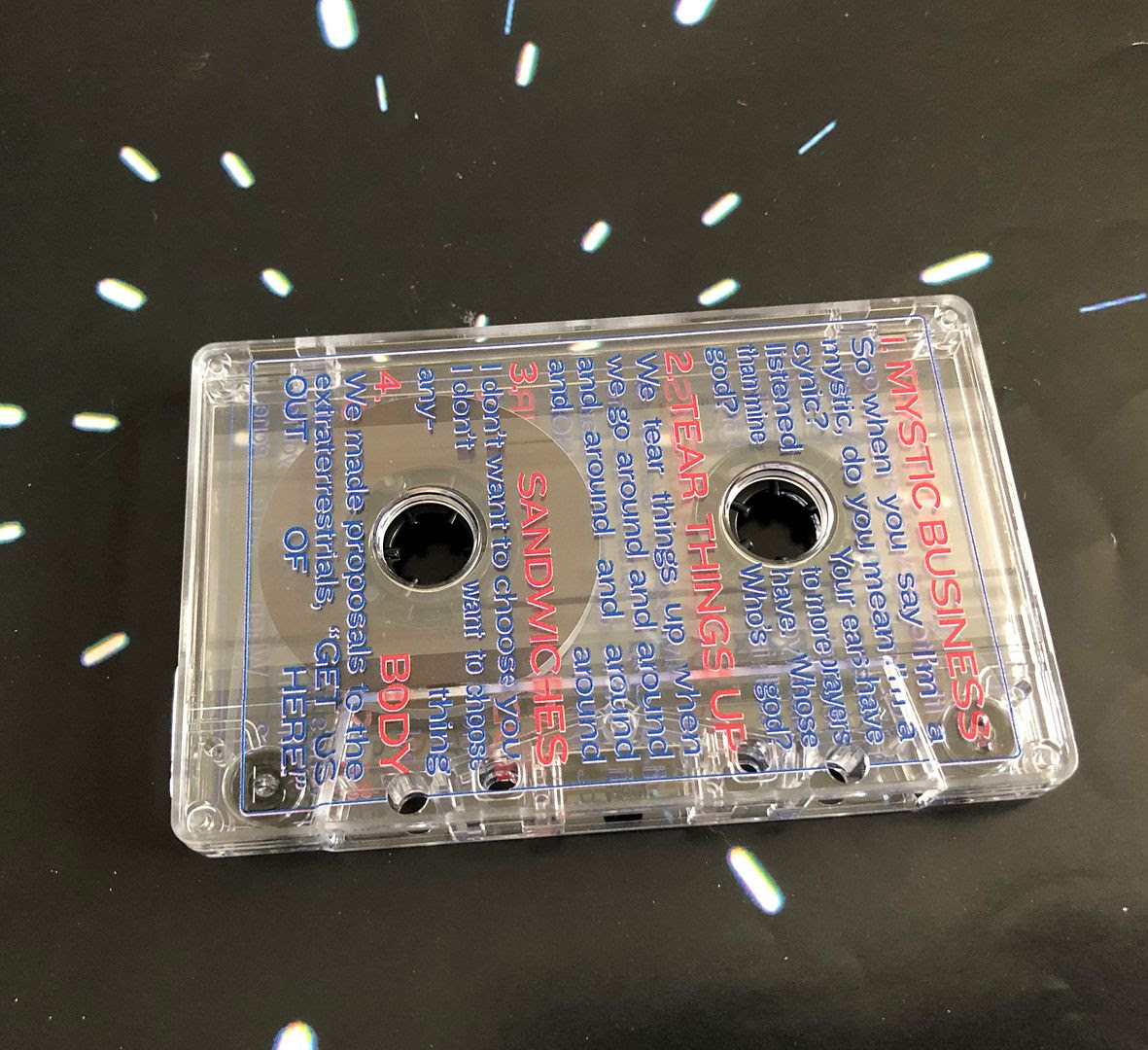 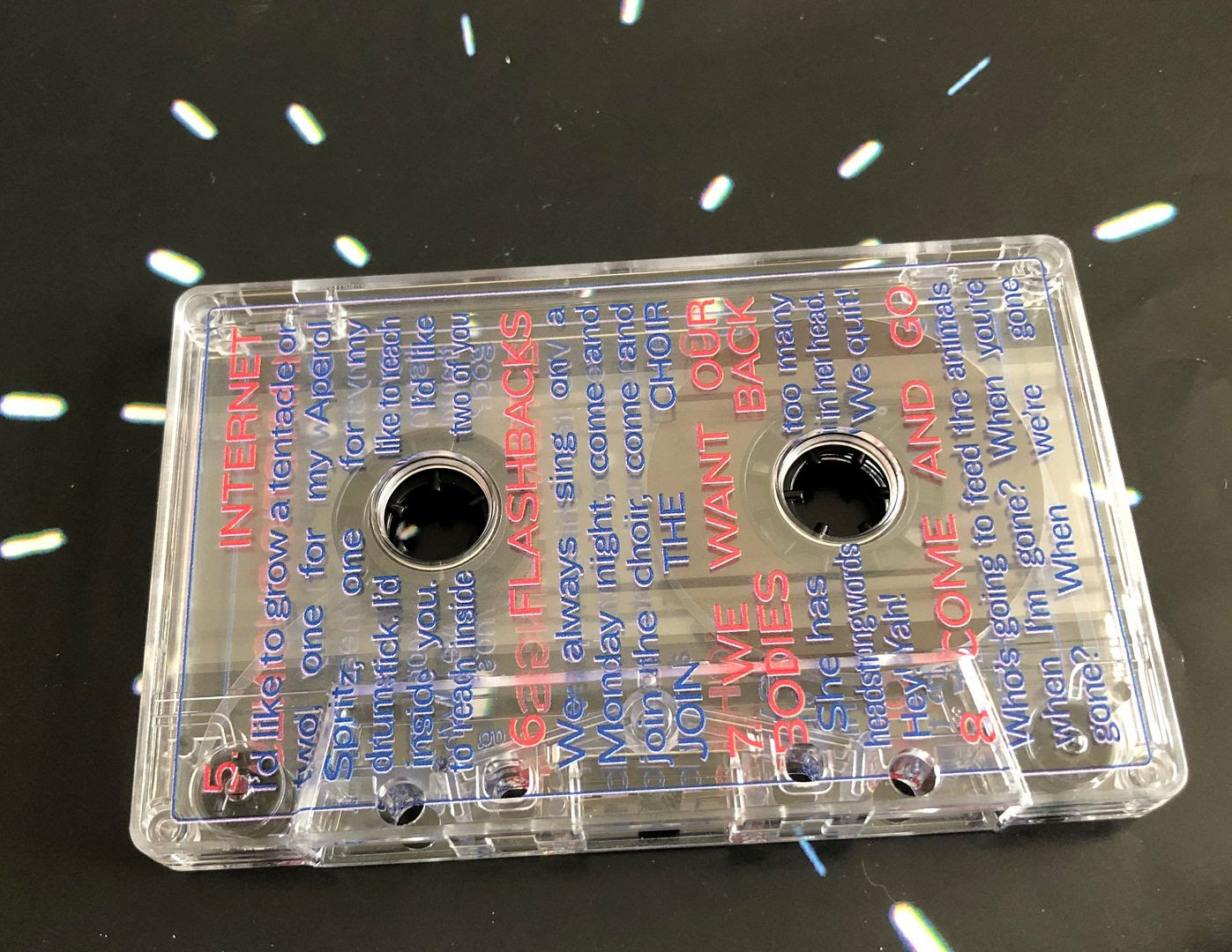 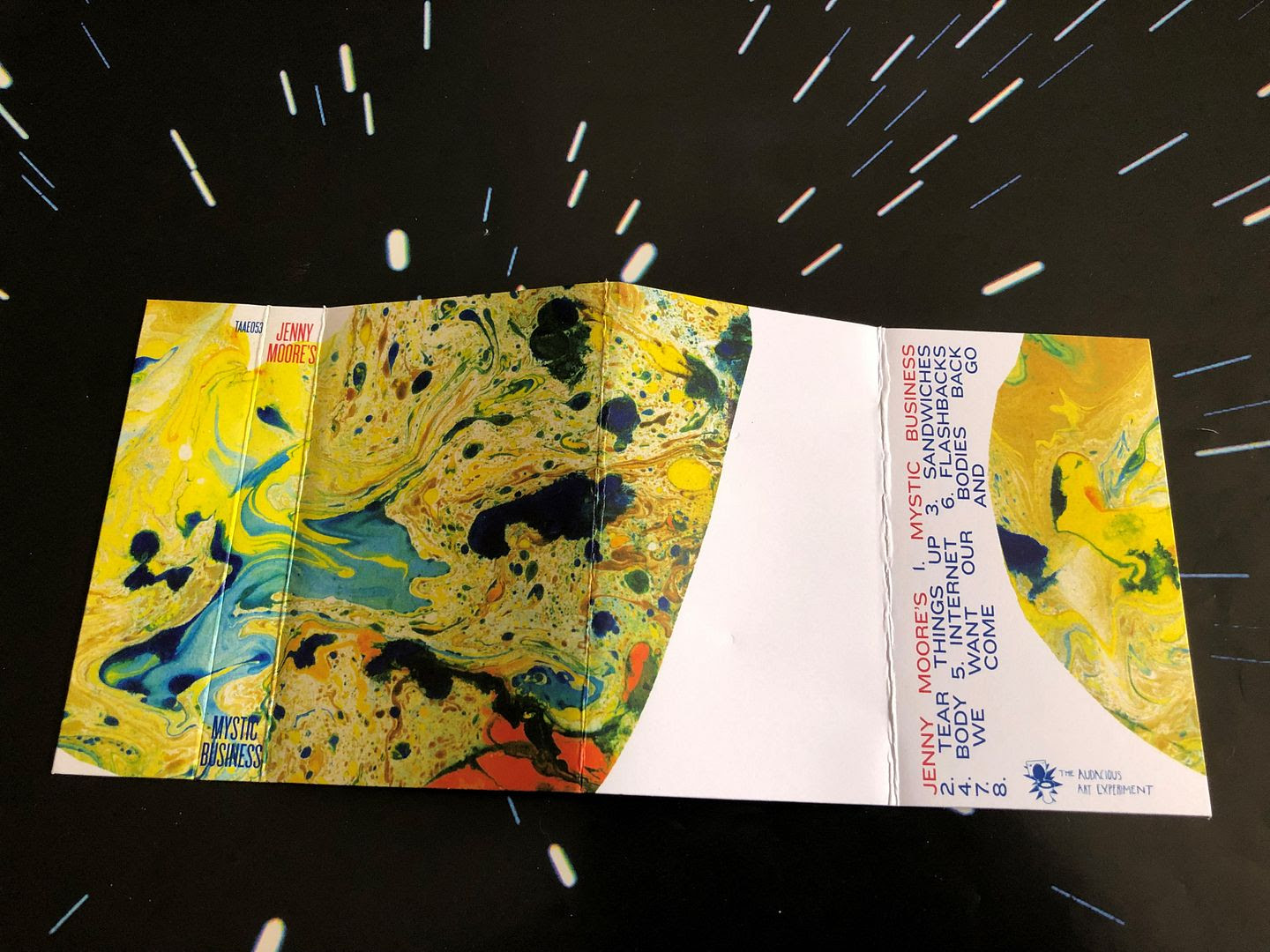 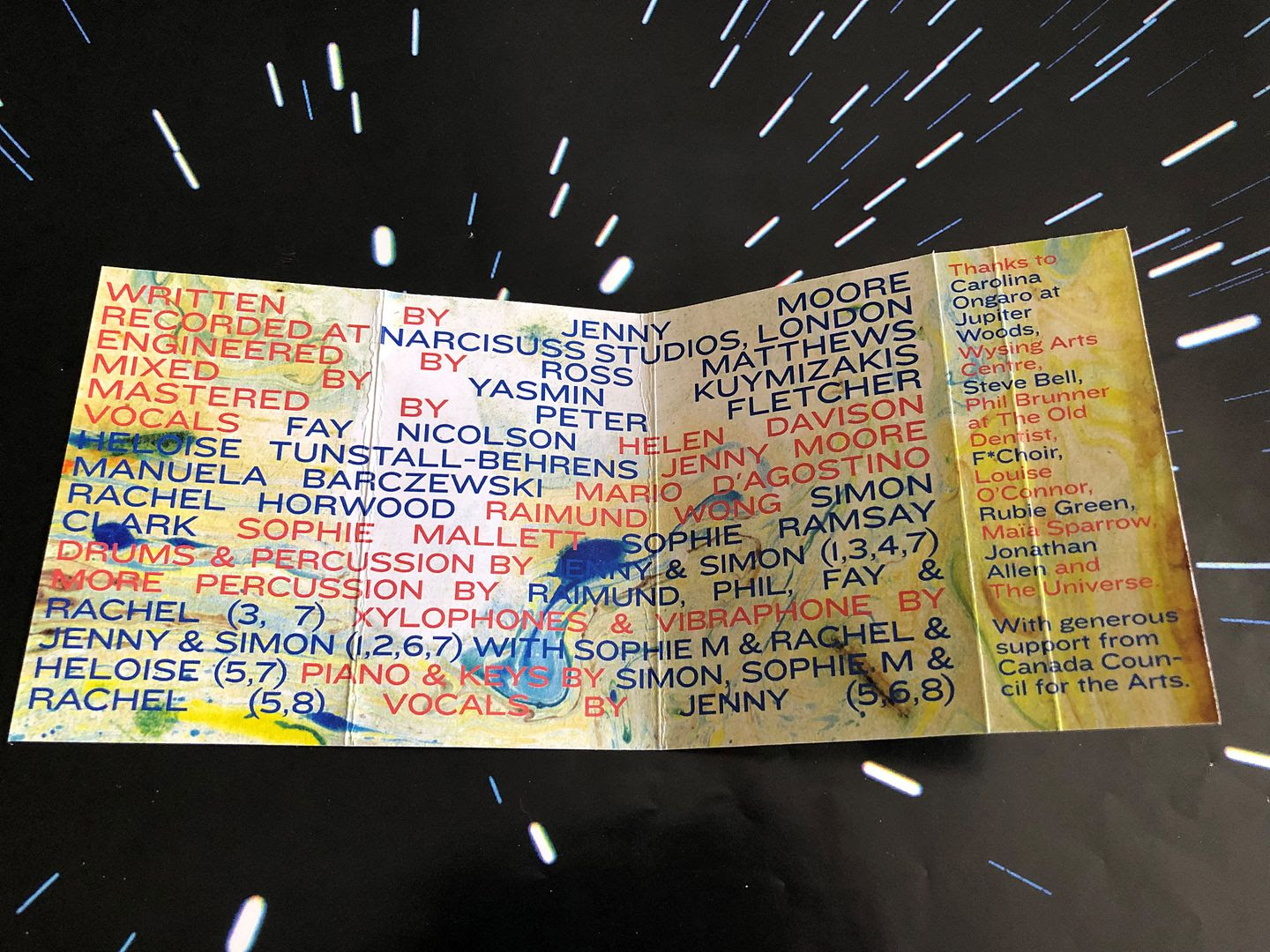