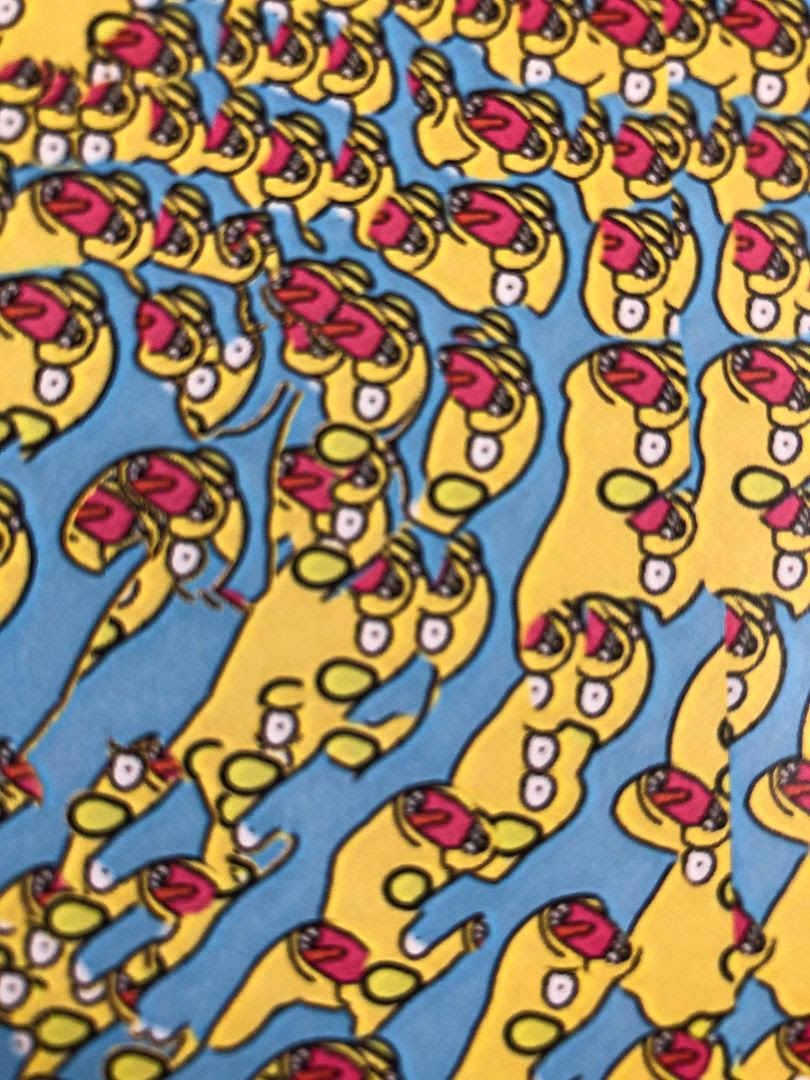 What begins this cassette is a series of words being read by a computer voice.   I imagine text being highlighted on random websites and this being the result.    It's a lot more fun as far as songs go than it sounds as a lot of times I don't pay so close attention to lyrics anyway so hearing a simulated voice spew out http addresses is refreshing.   Minimal electronics follow.    It grows quiet and then there are organ-like keys which bring it back up a little bit louder.

Synth drone buzzes straight on through like Pole Position and then there are these skips coming through with what sound like vocals.    The way in which it comes through choppy also makes me think it could be a transmission from a spaceship on some other planet.    There is also a strong pinball feel to it as well.   Is there a pinball machine out there which has a theme of being stuck on a different planet?  There has to be, right?  My laundromat has a pinball machine but it's based on the television series Baywatch which is kind of like being on a different planet in some way.

Electronics begin to feel as if they're breaking down in start and stop loops.    Radio static comes through now and it all gets jumbled.    Space lasers now make frequencies which make me think we're on some other planet again.    Droids now come into the sound as they flip through channels.    Beats now come through with what are trying to be words and some kind of wind chimes or bells type of sound.    It gets louder.  Noisy.  Clanking.

Magical tones kick things off on the flip side, though then it almost feels like the electronics are choking.   Beats are fired through like a cannon.    Pinball glitch now, yet somehow it is creating a rhythm I want to dance to, as vocals seem to come in and sing along.   Why am I thinking of Stretch Armstrong?  (The band, not the toy, though now I'm also thinking of the toy and how it had that Netflix series I never watched)   This reminds me of Adult Swim for some reason as I think specifically of ATHF and MC Chris.

A little bit of Pacman, a little bit of those sounds of buttons being mashed either at a pinball machine or perhaps an arcade otherwise.   This blooms into a great pattern where each sound takes its turn but ultimately with the drum machine beats and transforming it blossoms into a song.    The notes now remind me of Doogie Howser.     Blissed out tones ring and trill through now.    Dark lightsaber fights now and the sounds of cats.   Well... maybe cats?   It feels like birds and other dinosaurs and screaming/screeching.    And an engine revving.   Something about a bridge.

I was recently listening to "The Papercut Chronicles" again, for the first time in a long while, and the first song on that has this same computer voice where it says "Hi.  Have you ever wanted to listen to some music?"  I've even written recently about how this computer voice reminds me that when I was a kid on my Mac he was called Fred.   Anyway, does this computer voice have a Discogs bio or something?  Someone should dedicate their time (life?) to giving this computer voice all of its due credit but I already have too many projects I'm trying to work on at once.   So, enjoy this cassette and think about how poor Fred is never given proper credit. 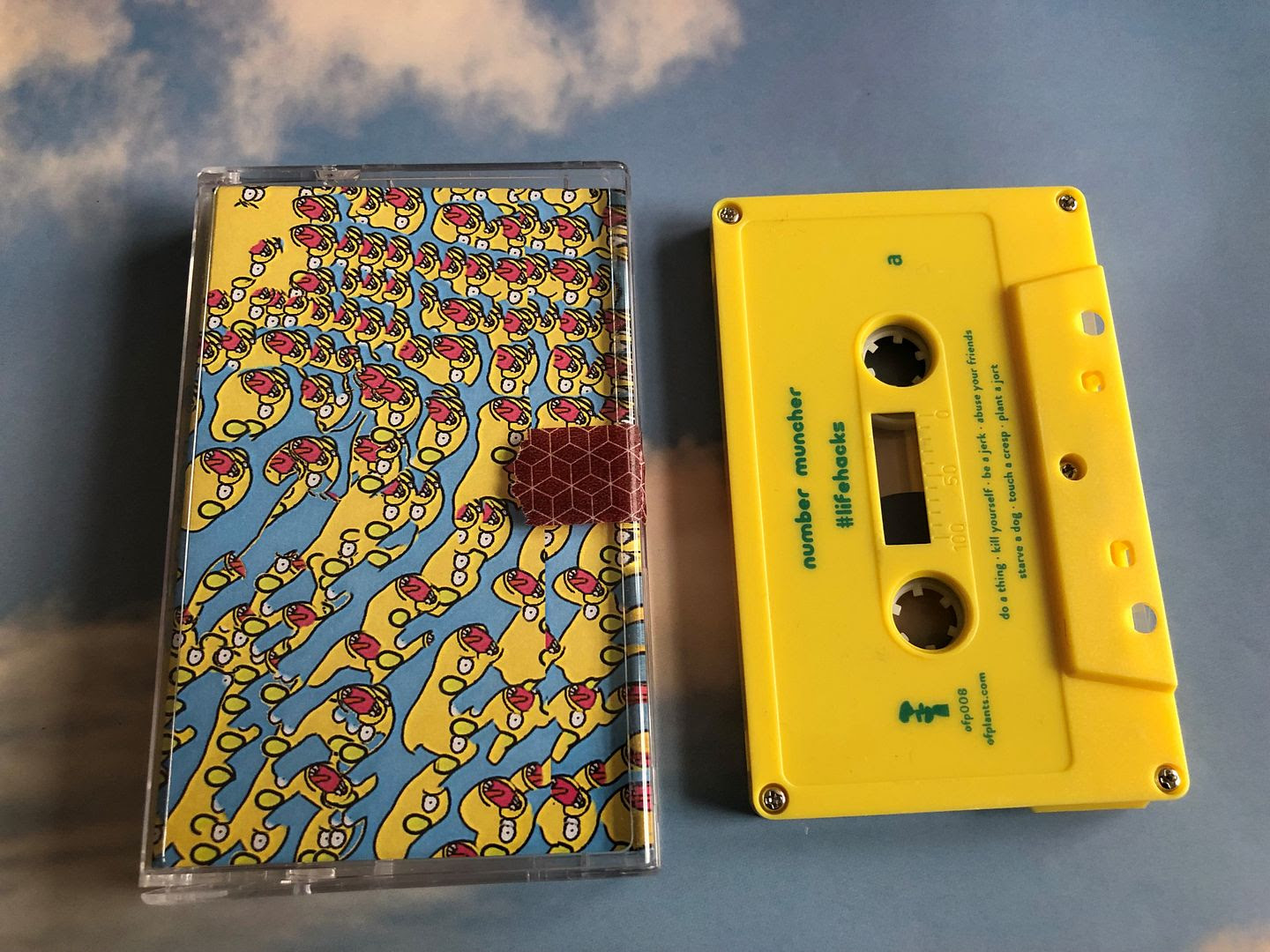 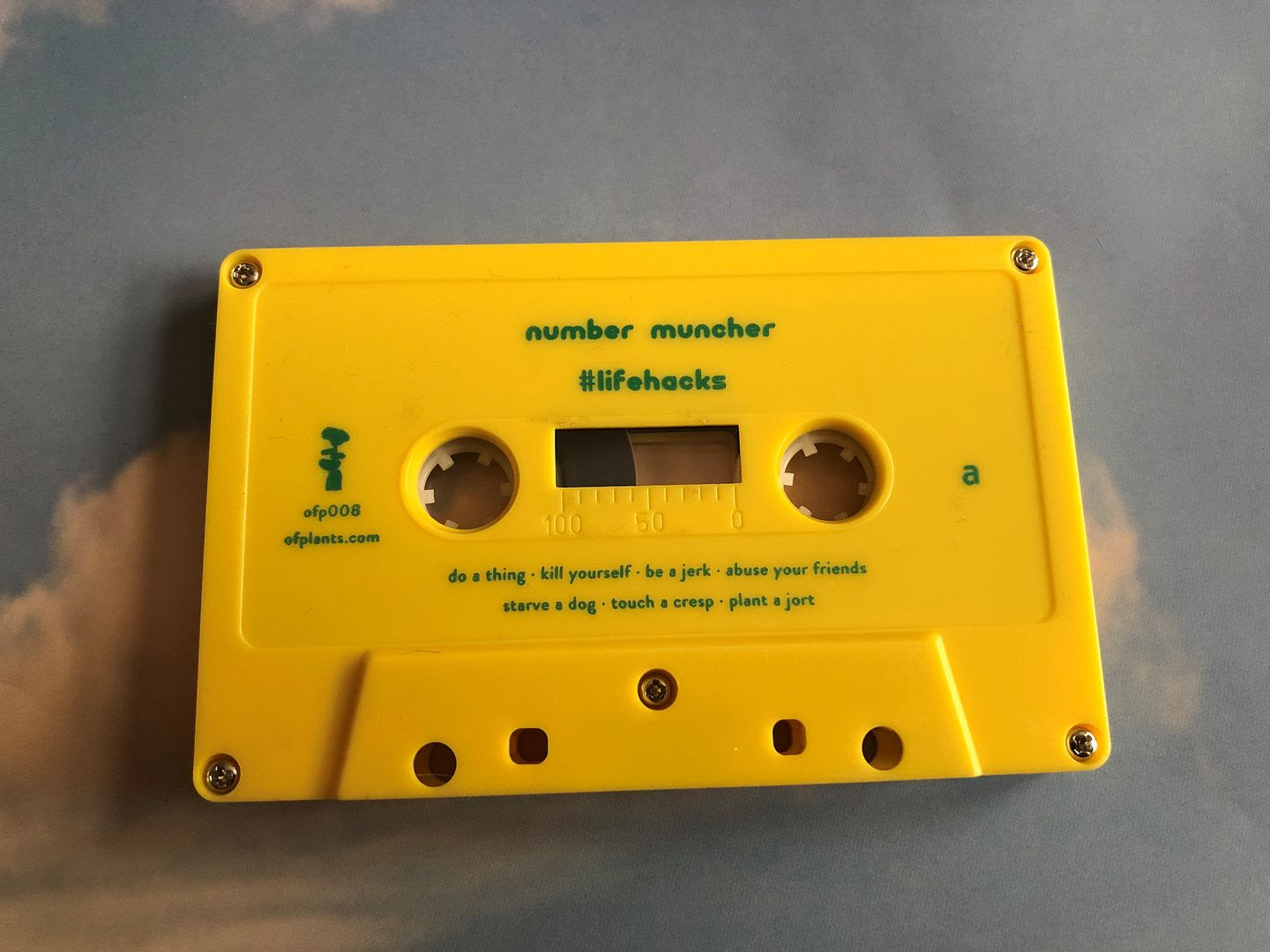 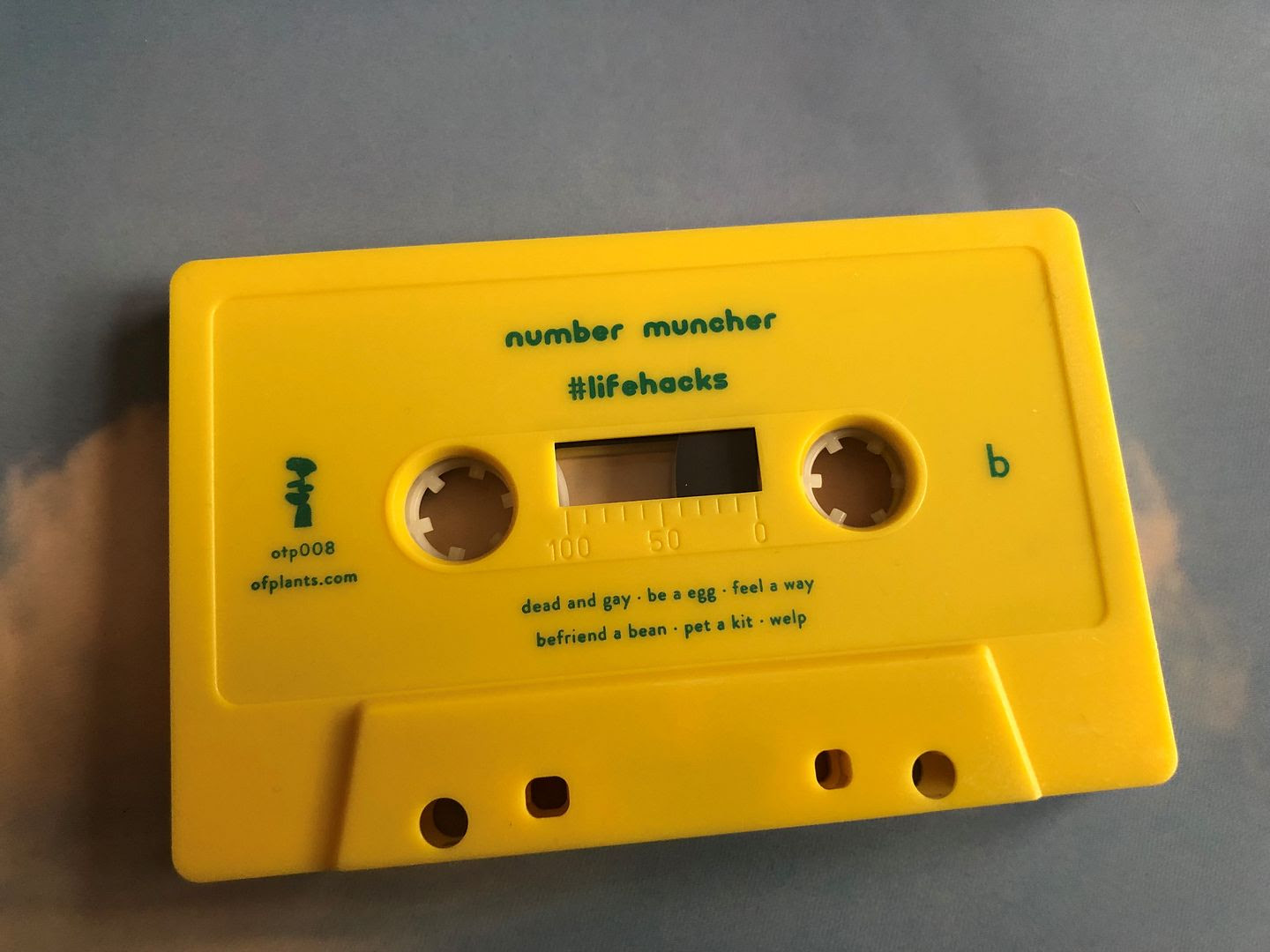 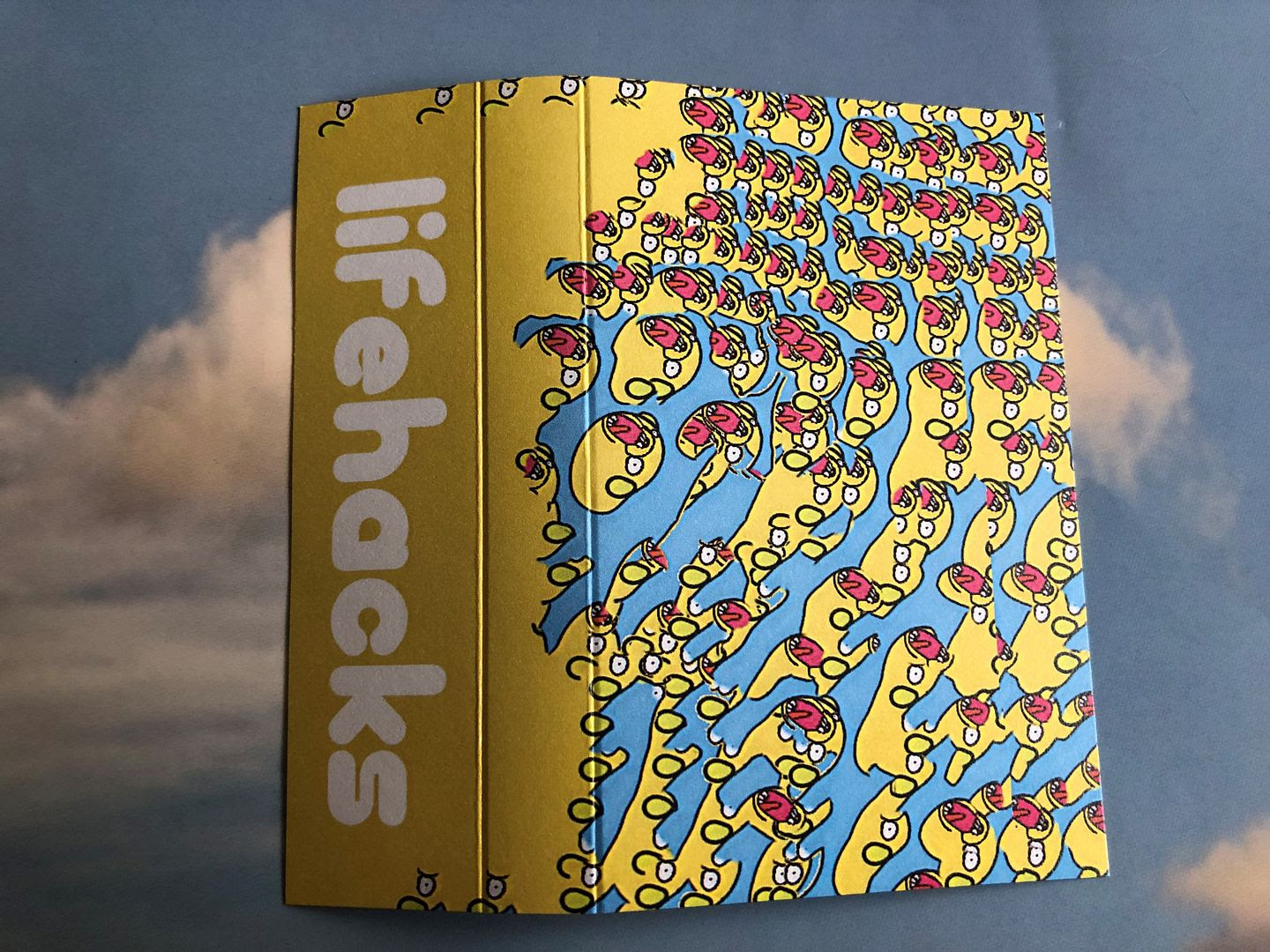 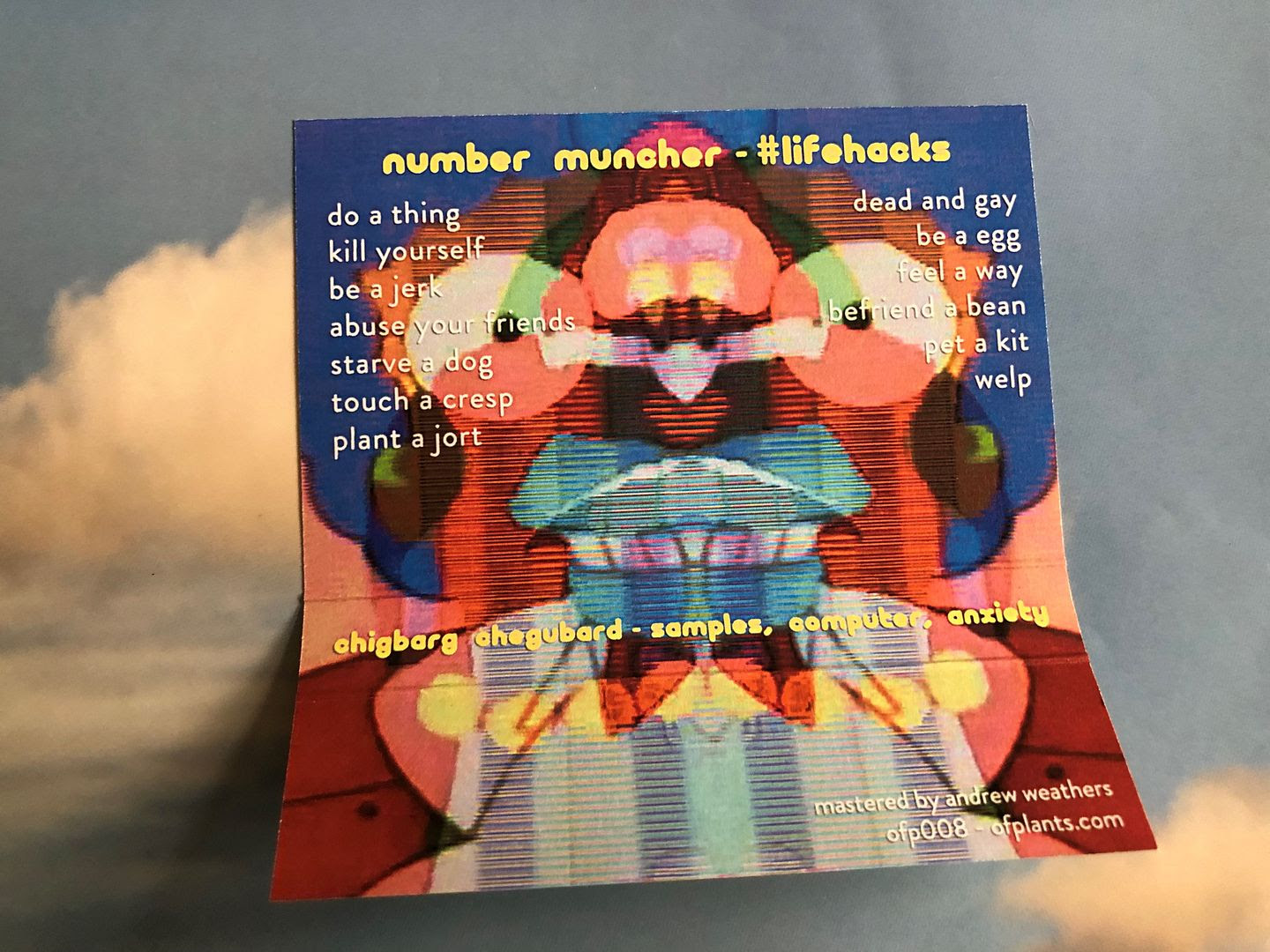 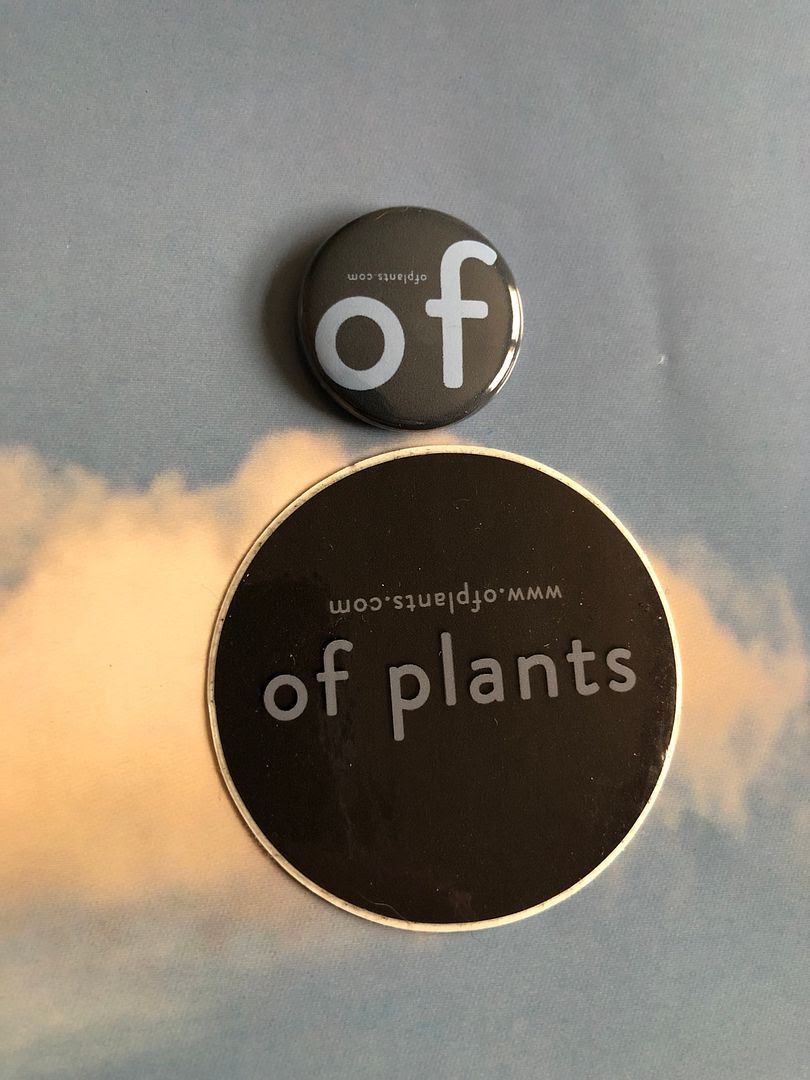