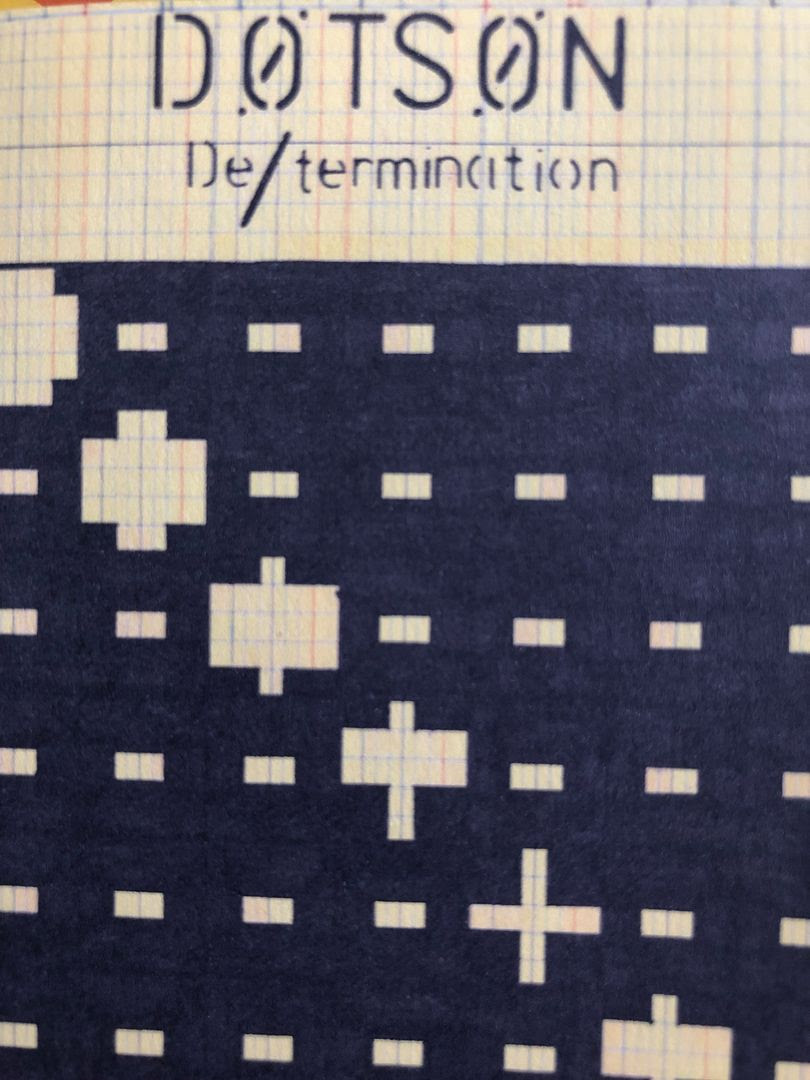 While this cassette begins with electronic beats and a video game style feel, it does not keep that sound throughout the entire time-- it can branch off into other aspects of minimal electronica-- though it does somehow manage to find its way back to it in the end.   The second song, for example, can remind me of "Run Lola Run" yet have this tropical/steel drum rhythm to it as well somehow.   Rapid fire marching drum machine beats can pave the way for lighter laser type loops as well.

As tends to be the case with music and myself, I like to read as little as possible about artists and how they create such things because I feel it takes away from the mystery.   Sometimes these illusions get spoiled and that's fine (that's life) but through my peeking around I didn't really find anything about whether or not Dotson is the name of a singular person (such as "John Dotson") or a collective and I like it like that.   I imagine, if anything, this is a duo of drummers, playing every piece of percussion they can with the occasional guest spot or overlap of another instrument when it makes an appearance.

It gets scrambled as we really dive into it.  Electronic pinball is glitching on some level.   Then it grows quieter, yet somehow with more destructive beats, like gun shots.   "Flight of the Bumblebee" has a similar drive and I also feel like I hear an accordion in here (or at least a similar sound)    Whistles and drop offs are key, with electronic beeping for sure, and then scraping, yet somehow this still reminds me of "Pong".    Tapping like a typewriter builds into that "Knight Rider" vibe and then there is a gallop; pianos.   Dance beats but slower sitar strings but us to the end of Side A.

Side B opens with the song "Typing Pool", which is fast like video game skramz.   Through skips and beats there are quieter taps with background sounds which resemble field recordings.   Softer tones come through now, which eventually I can more clearly identify as a sax.   This takes the beats into a much faster loop, which then turns a bit closer to hip hop with the rhythm.   Steady beats push toward bass notes which have a little bit of that Primus funk to them.

A droning type of whirr sound enters the picture and then it turns into this distorted NES type of rock, like Double Dragon, as the drum loops build.   Horns of triumph take us to the end and this has really been a matter of building up into these fast paced beats while then calming down into a much more minimal sound.   I enjoy how the overall aspect of it seems to end where it started and even though the beats are not always as fast paced they still remain steady. never letting up. 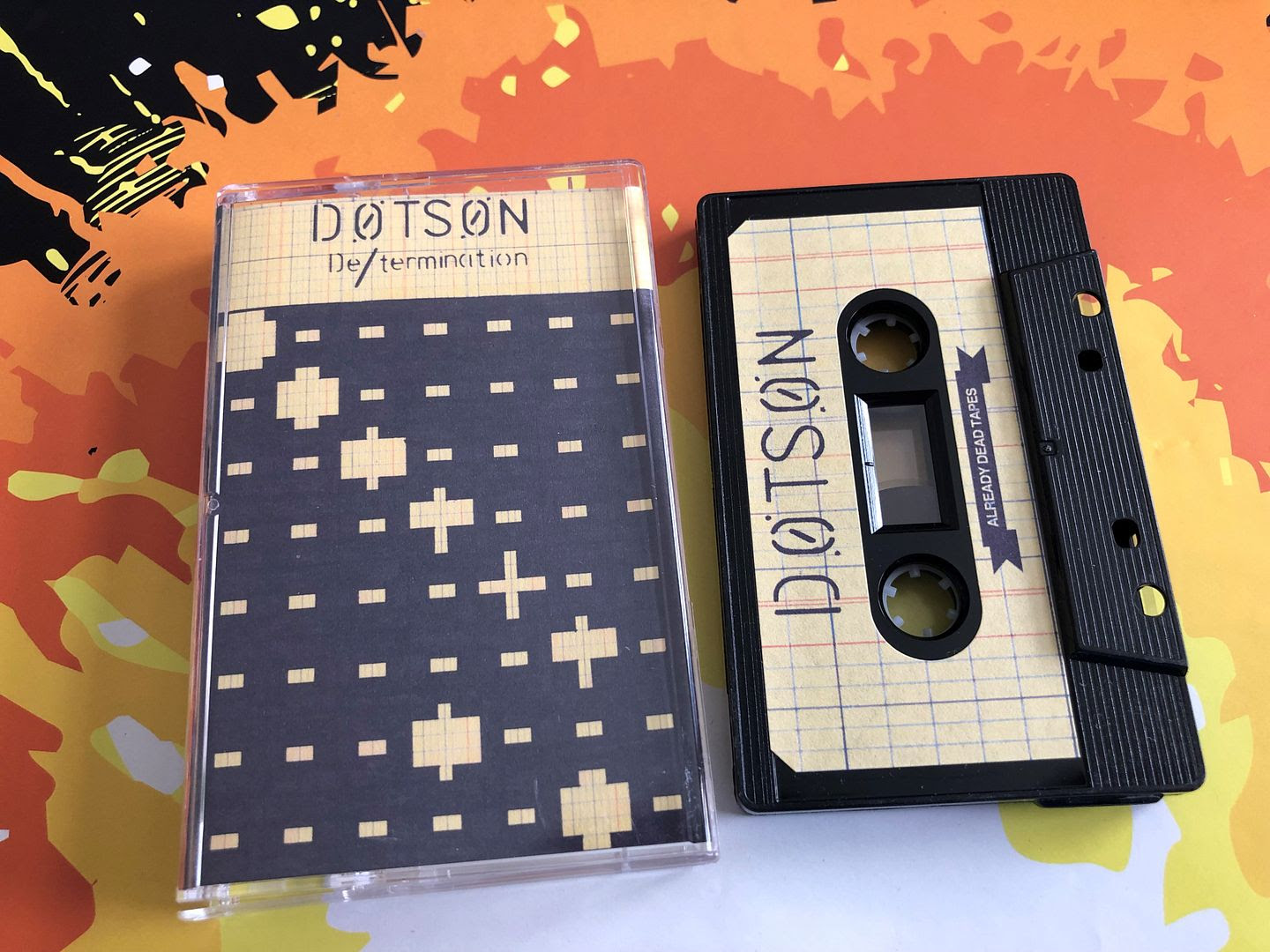 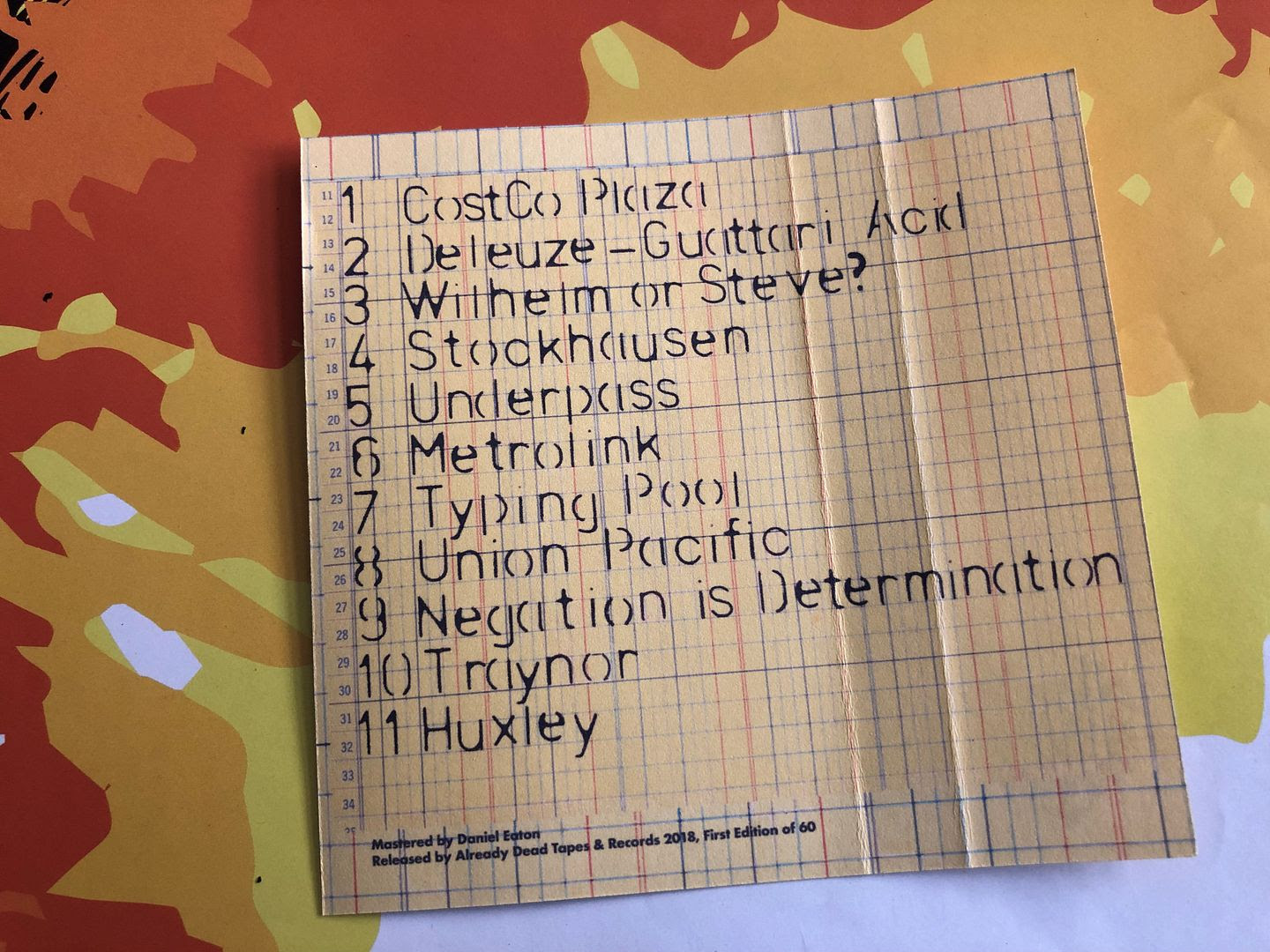