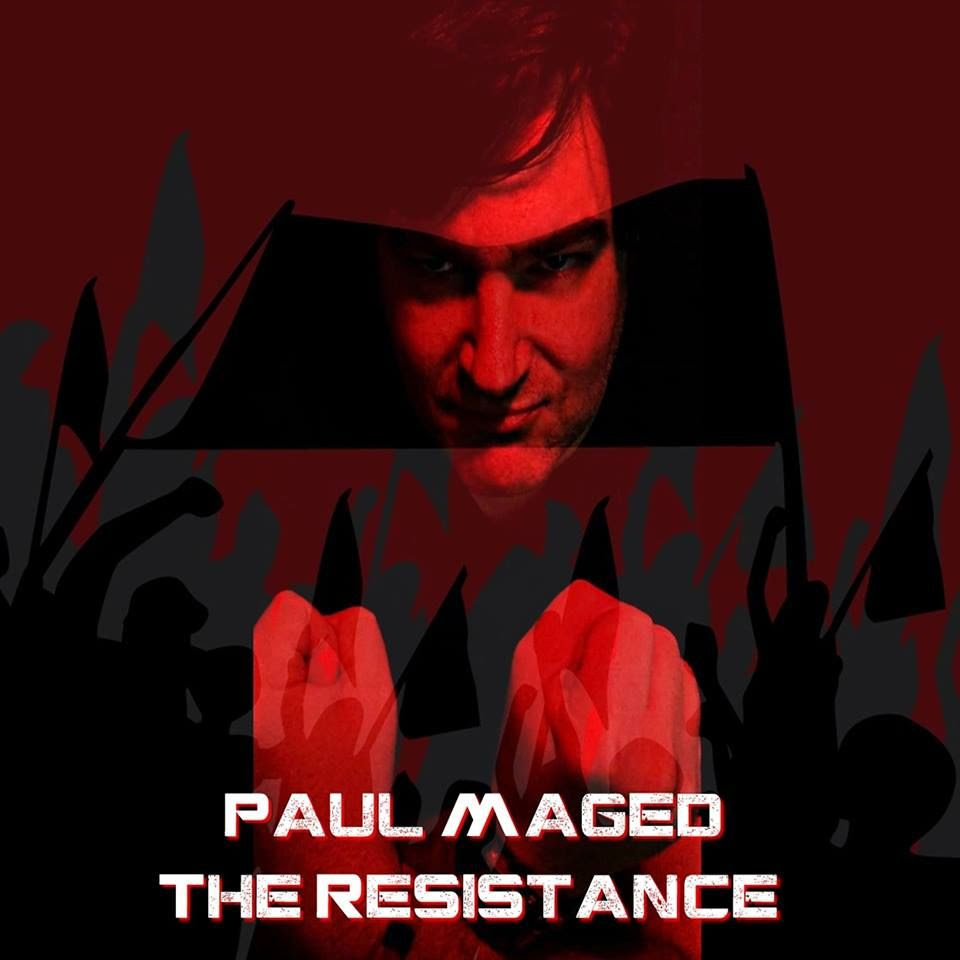 
"The Resistance" is a hard rock song about the current President of the United States.   Without getting too political in this review (Because if you listen to these lyrics you'll choose your side) I will simply say that I was going to post about this song on Election Day, I figured it could have this big impact where people would be at the heart of political issues and what not.  Since that time (it has been less than a week) there have been a few (or too many) incidents involving the POTUSA where I could have just as easily posted this and commented on how fitting of a song it was because Donald Trump is afraid of rain or apparently now an expert of wildfires.

The music video is full of anti-Trump visuals, which range from newsclips to this cartoon where he's floating in a blender and by the end he finally gets blended.    In many ways it reminds me of something that Rage Against the Machine would've put together if they were still together.   If you're a supporter of Trump then this will not be a video or song that you like, but I also have to wonder how you ended up here in the first place because I try to distance myself from such people as much as possible.

My biggest problem with the current political climate is that people seem to be divided to the point where it's broken down into our failed two party system.  If you find someone on, say, Twitter who supports Trump and you say something to them that is against him they will automatically say "Oh, you must love Hillary then"    This presidency is making our country stupider because we can no longer think that two things are bad-- it's like getting hit by a bus and saying "Well, at least he didn't die from cancer".   Getting hit by a bus is still bad!

With killer guitar riffs and heavier parts which remind me of Soundgarden, I believe "The Resistance" is on the right path to where this country needs to go.   It isn't just an anti-Trump anthem but in a lot of ways it channels what I think this country needs to focus on most.   It's never been-- it never should've been-- red vs. blue or Republicans vs. Democrats.   It should have always been (and always should be) the people vs. the government.   Once we, as a people, are divided (as we are now) the government wins.    We need to take that power back.   Welcome to The Resistance.