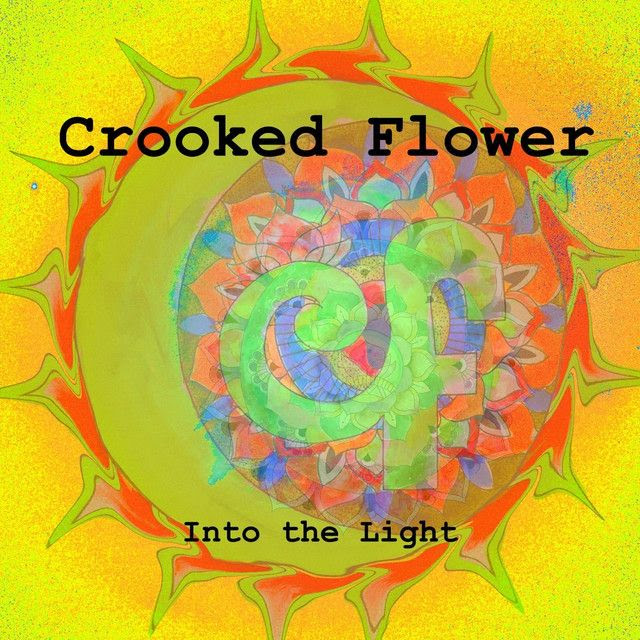 Right away, the sound of Crooked Flower makes me think of Letters to Cleo.   Though, the more I listen to it, the less I hear of them and the more I hear of some combination of something else.   This has this psychedelic feel to it throughout which makes me think it could've been from that Woodstock they did in the 1990's with Nine Inch Nails, Green Day and all them.    There is some element of No Doubt in here as well and I want to say this certain groove reminds me of Poe.

Along with a little bit of Dead Sara, on "Around and Around" I can hear elements of Save Ferris.   "10 Million Seeds" has a strong ska/reggae vibe as it has me thinking of RxBandits and then somehow "Falling" becomes a much catchier song.   "Own World" has an overall Tom Petty theme to it though at first it can sound like Tori Amos and/or Jewel.    Though there are some modern influences here I feel they are minimal and this goes back to a time before even the year 2000 for its roots.

Lyrically, I enjoy a song such as "Freedom" which says "Thank God for the government / taking care of me", something everyone needs to keep a close eye on at all times (And also fits in with my whole Woodstock theme of this album)  And then I hear a line which gets quiet and grows louder like: "That job of yours isn't going to make you rich / you suck and you're a bitch" and I fall in love with this album all over again because these words, which should ring true with you, hit in such a melodic way that you cannot help but embrace them.

"Into The Light" is some combination of a band from the 1990's (or before that) which could've been on a soundtrack like "10 Things I Hate About You" or even "Empire Records".   It has that feeling where you want to put it with other bands with women but at the same time it could just as easily be that one band with women playing with all the men.   Back in some odd year I saw Poe open for the band Seven Mary Three at Toad's Place in New Haven.  I feel like Crooked Flower could have that same kind of connection except instead of being a memory they are aimed more towards the future.