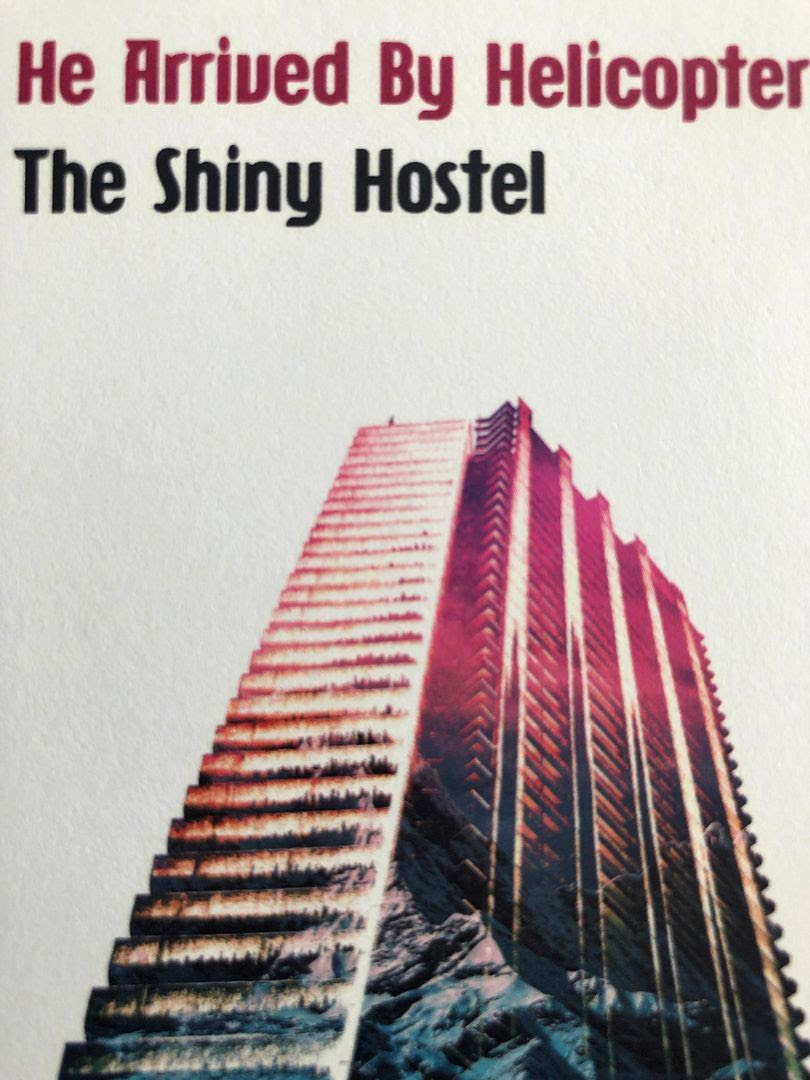 The first song on "The Shiny Hostel" is instrumental and starts like X-Files but grows into more of a western feel somehow.    Isn't "The Shiny Hostel" such a fitting title for this-- somewhere between something you might imagine from the movie "Hostel" (if it was more of a western/desert type of survival film) and the band Shiny Toy Guns, that electronic vibe added in here for good measure.   By the second song you will hear singing, which reminds me of Flaming Lips and Lou Reed, but you will be haunted by the words: "Tell me straight / even if it kills you too"

Still those winding acoustic guitar notes remain as the third song is also instrumental, so it switches up but not in a back and forth way like taking turns just... the vocals come and go as they please it would seem.   The fourth song, which is called "Hemoglobin", has higher pitched vocals which give it this funky/soul feel and then there are electronics which make me think of the movie "Hackers" as kids seem to be wowing.   Choppy electronics (that could be the helicopter) bring out claps (like a drum machine, not applause) and then that western guitar feel returns.    Singing returns before the end, but this cassette is mostly instrumental.

A pretty, rambling guitar, some sort of combination of Led Zeppelin and John Denver kicks things off on the flip side.   This turns into an electronic rock number somewhere between Death Cab For Cutie and Neon Trees, though it keeps that steady drum beat and the guitar notes lead the way more than those other artists would.    Elements of post rock have this one somewhere between rocking out and being able to dance to it.   The notes seem to wind and sort of fall off by the end of the song, as it has these organs ringing as well which remind me a little bit of The Doors.

Darker acoustic guitar notes now come through with words which feel like they are being spoken but also jumbled somehow.   The bass drops and this becomes a huge electronic rock anthem.    There is this drone to this in the way that it stomps down each bass note.   It feels like it's a step above hypnotic, not so much that you get lost in the beat but that the beat begins to control you; that this becomes a sound so powerful it could manipulate an entire army and I imagine an animated music video where it does just that.

That rambling guitar sound returns and somehow I am reminded of "Dukes of Hazzard".   It has that southern feel to it where it's not quite country but I wouldn't be surprised to hear a jawharp, harmonica or banjo make an appearance.   Though, the song remains strictly guitar which makes it that much more stellar.   Strings and tapping come out next, some rattles and it feels like we might be walking into a horror movie ala "Wolf Creek".   The notes begin to pierce sharply like knives.    As the acoustic chords drive it home, there begins to be a sound, a feel of death.

While there may have been more electro-acoustic albums and artists out there than just this, the only other example I can think of right now is something like Folk Implosion.   I suppose the problem is not that they are not out there but rather that ones which are this good, which can make you feel like you're dancing in a club to dehydrating in the desert within seconds without missing a beat are certainly rare.   I wish more artists would attempt something similar to this but as long as He Arrived By Helicopter continues to make music we really don't have a specific need for it. 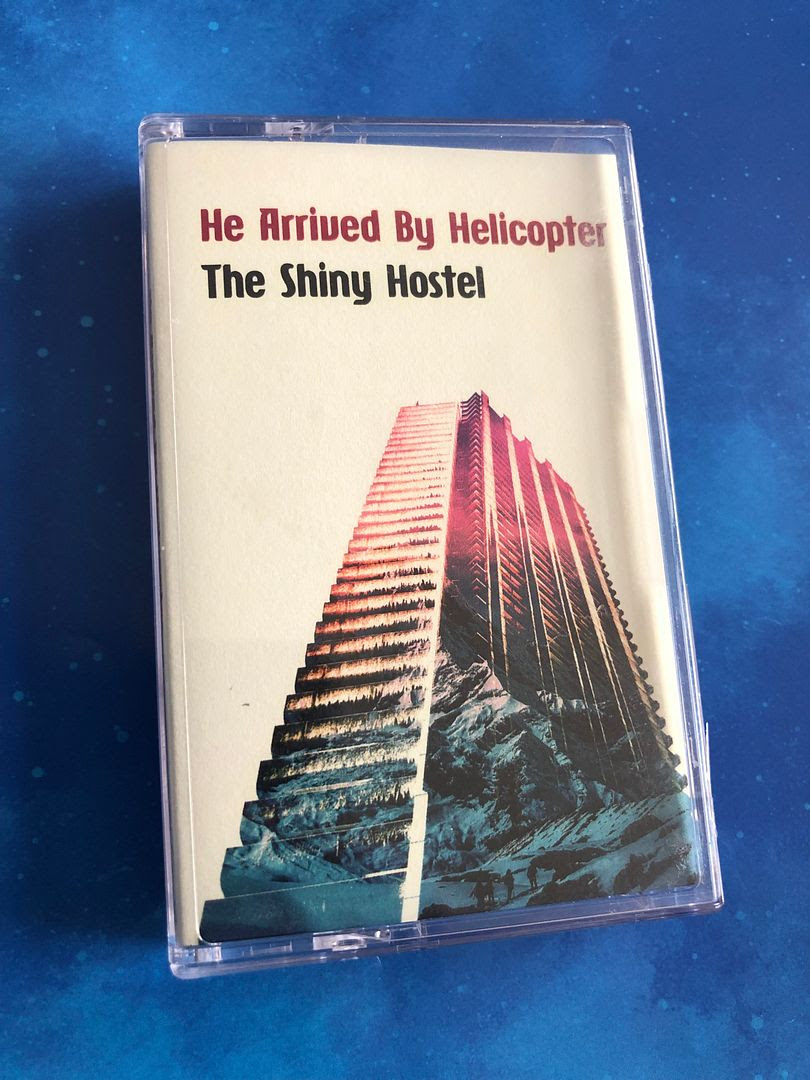 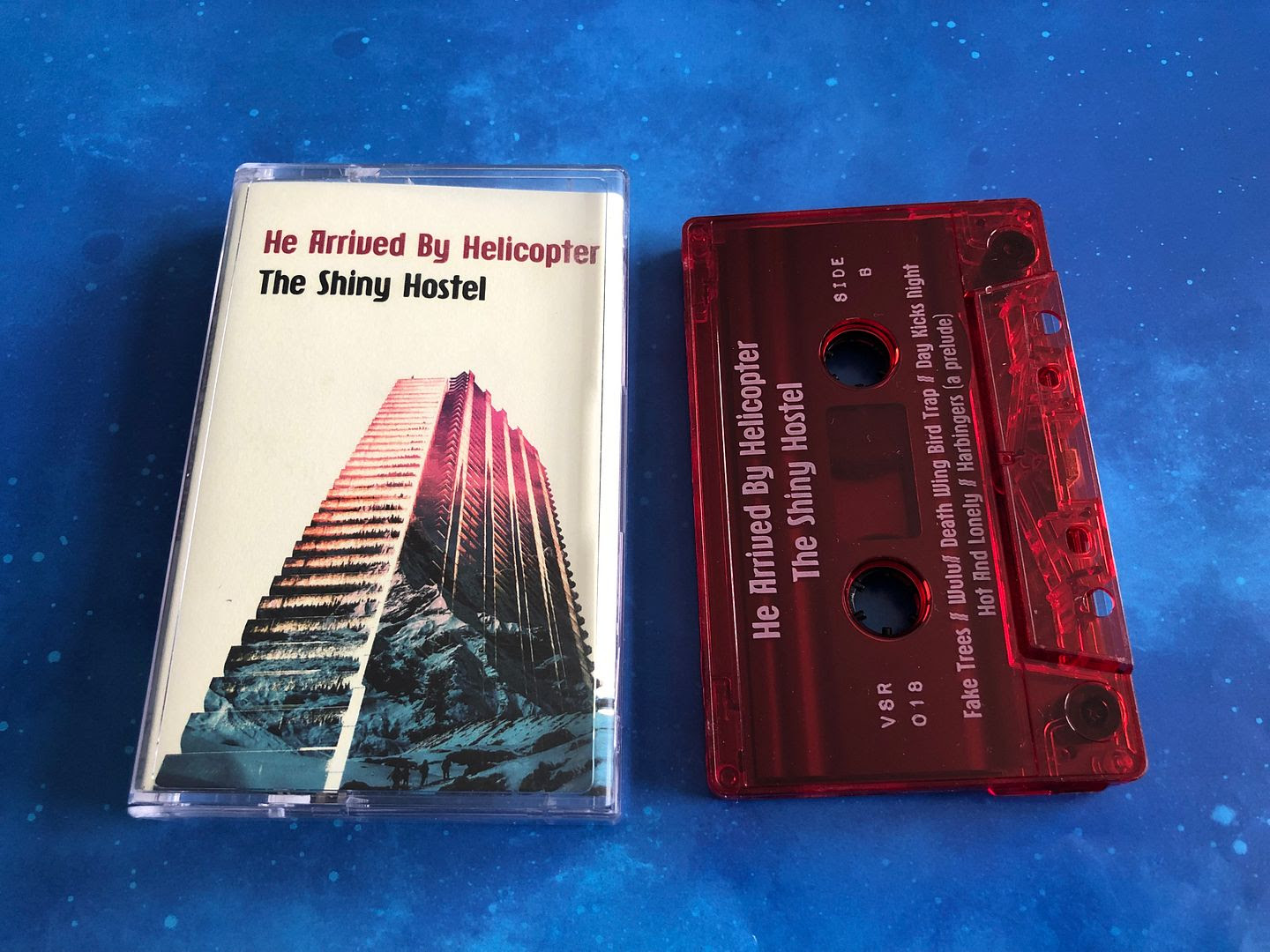 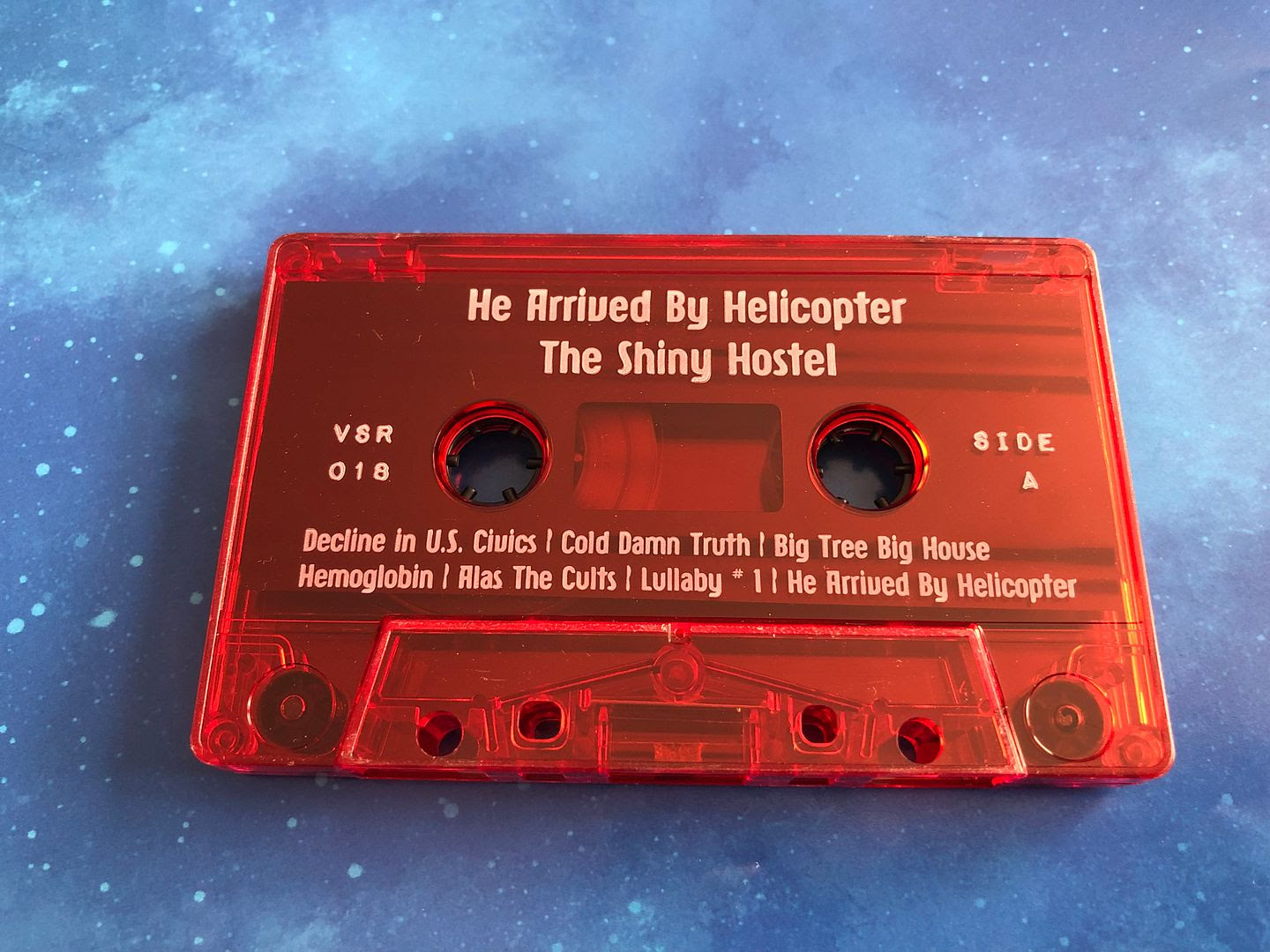 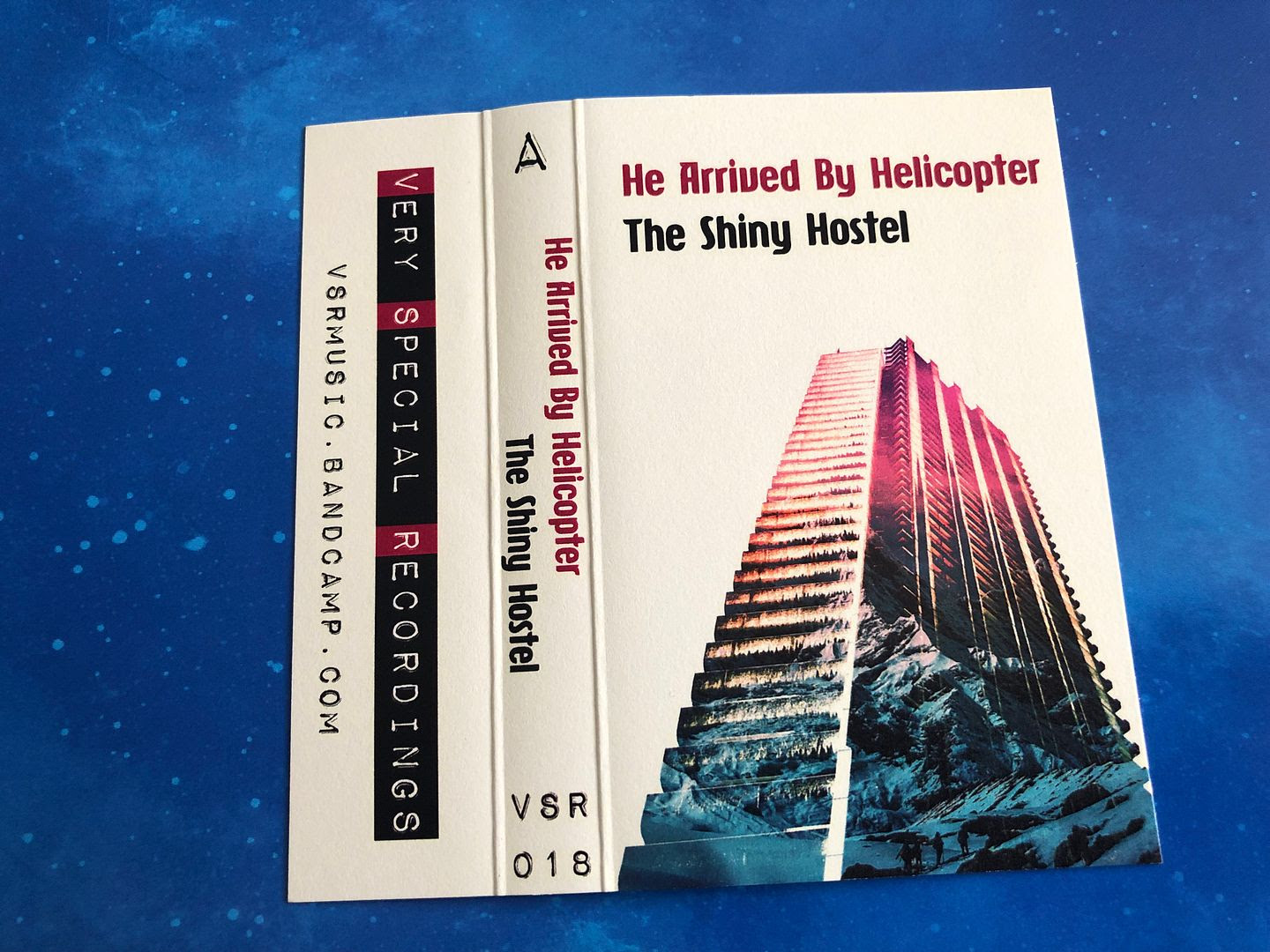 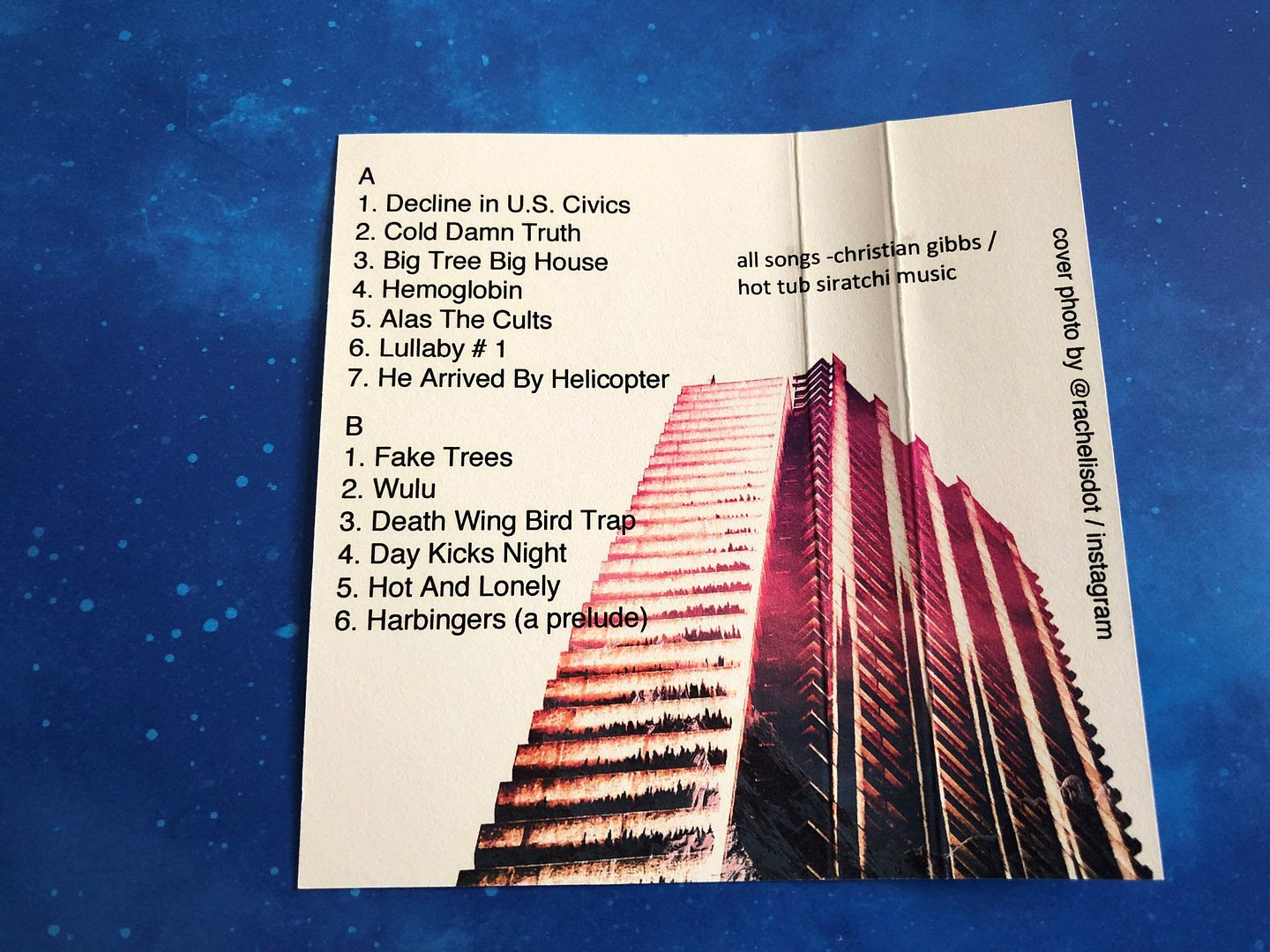 Posted by Joshua Macala at 2:25 PM