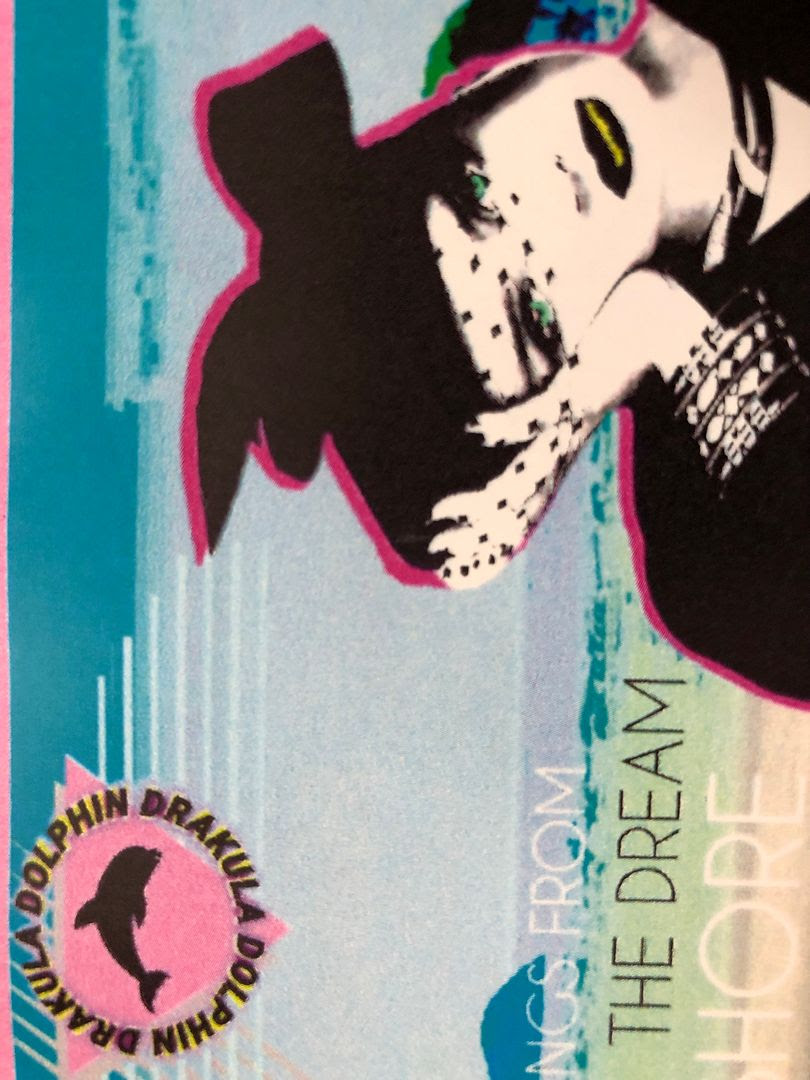 This starts with that classic series of beeps I say every cassette should still have.   Guitars take us into drum machine beats and this has a definite "Double Dragon" feel to it, some sort of video game right down to the blips and bloops.    It speeds up and makes me feel like we're in race against the clock.   You know how sometimes video games used to be timed and when you had less than a minute to finish the level the sound would grow faster, more intense?   That really feels like this here.  I bet I could find this game on my old Sega Genesis system.

We switch now to a softer song, slower beats like Phil Collins and though there are some vocals it also sounds like more could come through at any time.   It is definitely dreamy as well.    This goes into a faster beat now, one with tones which are neither really electronic nor video game so I'm somewhat confused by them.    This feels like it skips as it twists, turns and then eventually reaches its end.    The next track comes out a bit darker and reminds me of "Rock Me Amadeus", but also has this sound all its own before the sax comes out.

Dreamy tones now with those slowed down vocals, like the batteries in my Walkman are dying.   Smoother now, the next song comes through with vocals but there only seem to be little bursts of the vocals scattered here and there, they don't follow the typical pattern of verses and a chorus.    The drums (or something) are very fast and choppy as a horn comes in to give off this fast paced jazz feel.   Remember that group Us3?   This feels a little bit like that.    This slows into an almost crawl, a slower western feel somehow, like we're traveling across the desert but yet it still has a strong electronic sense to it.

Horns (or tones like horns) come in and it feels like we're on some kind of drug-infused trip.   The slowed down vocals now really do make it feel as if we are stranded somewhere and tripping because it's like everything is blurry, no longer are we a part of real life.   Guitar notes come through with spoken words now (still slowed) and it feels like we're on some Willy Wonka type adventure but instead of that boat going through the tunnel from Point A to Point B, it's going all over the place, every which way like the elevator at the end of the movie.

Drums return in a punk rock way and this keeps going from being slower, more like we're tripping, to something much faster and closer to an electro-punk feel.   Though this particular song now does have a straight up punk sound to it.   Pianos sing "So much to say" and I'm reminded of some grand rock song, such as something you'd hear by The Beatles.    There is another set of beeps before the cassette ends, and I suppose that is to let you know that the side is coming to an end though I'm not sure I've heard that on cassettes in my younger years. 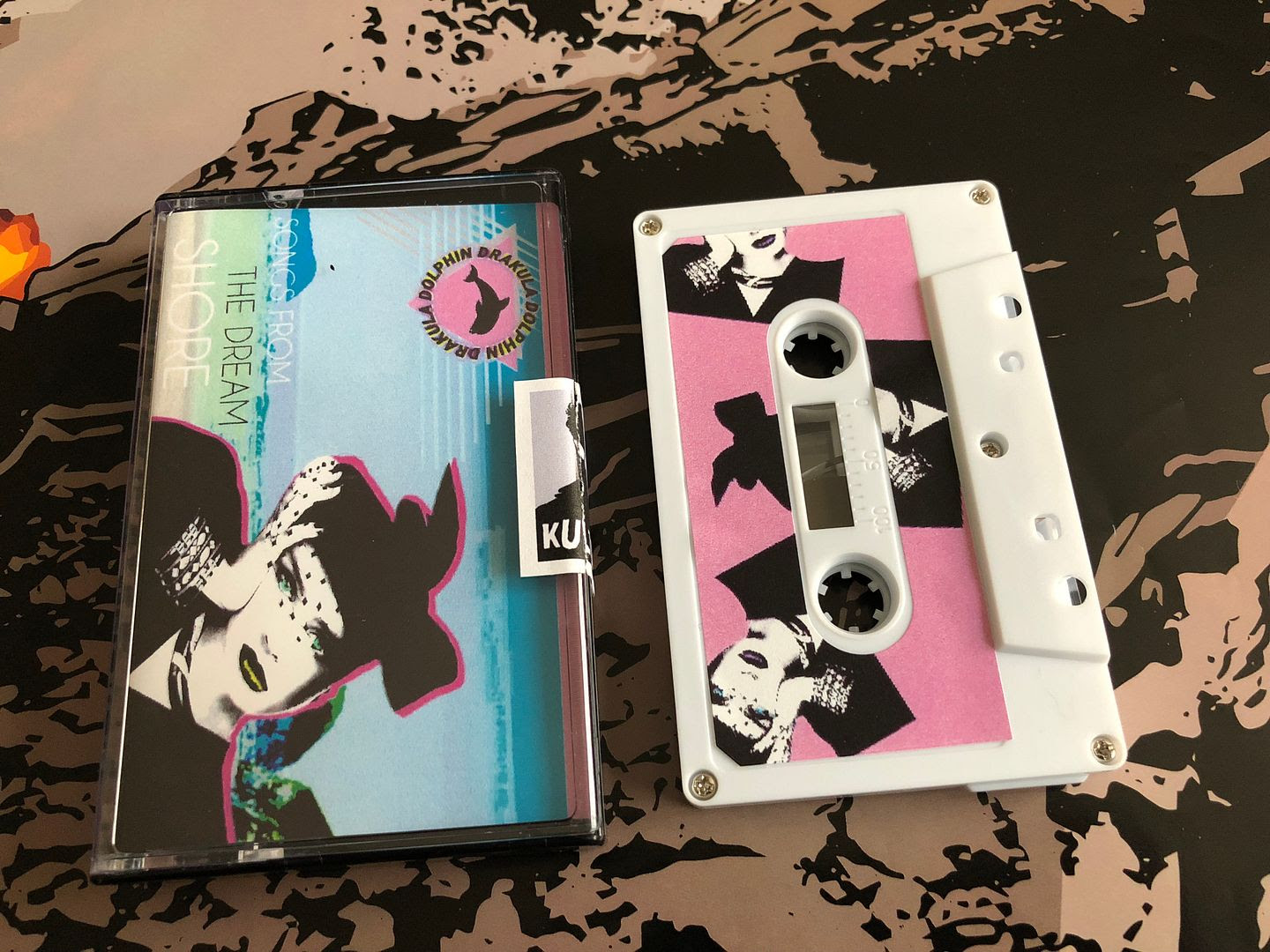 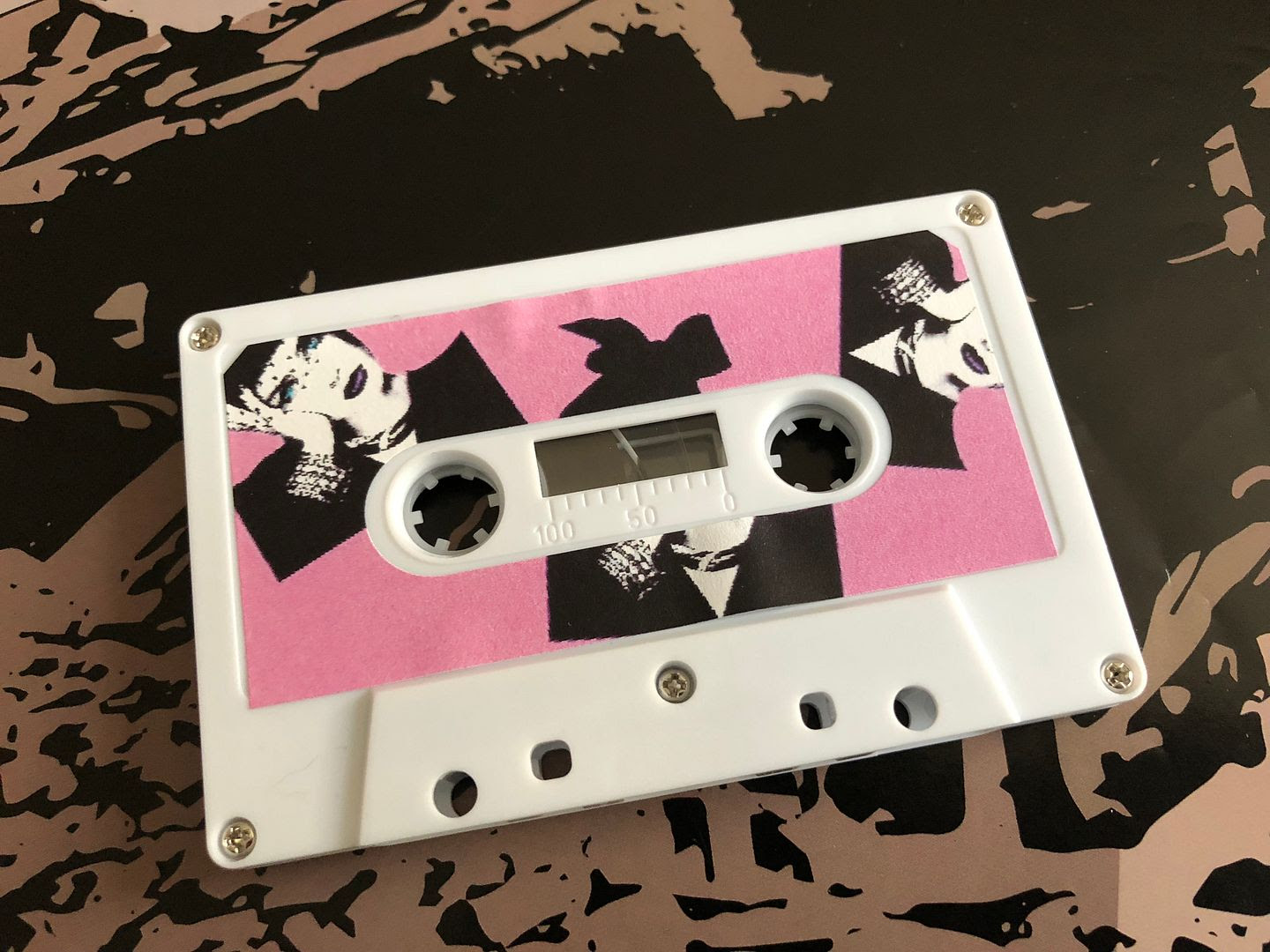 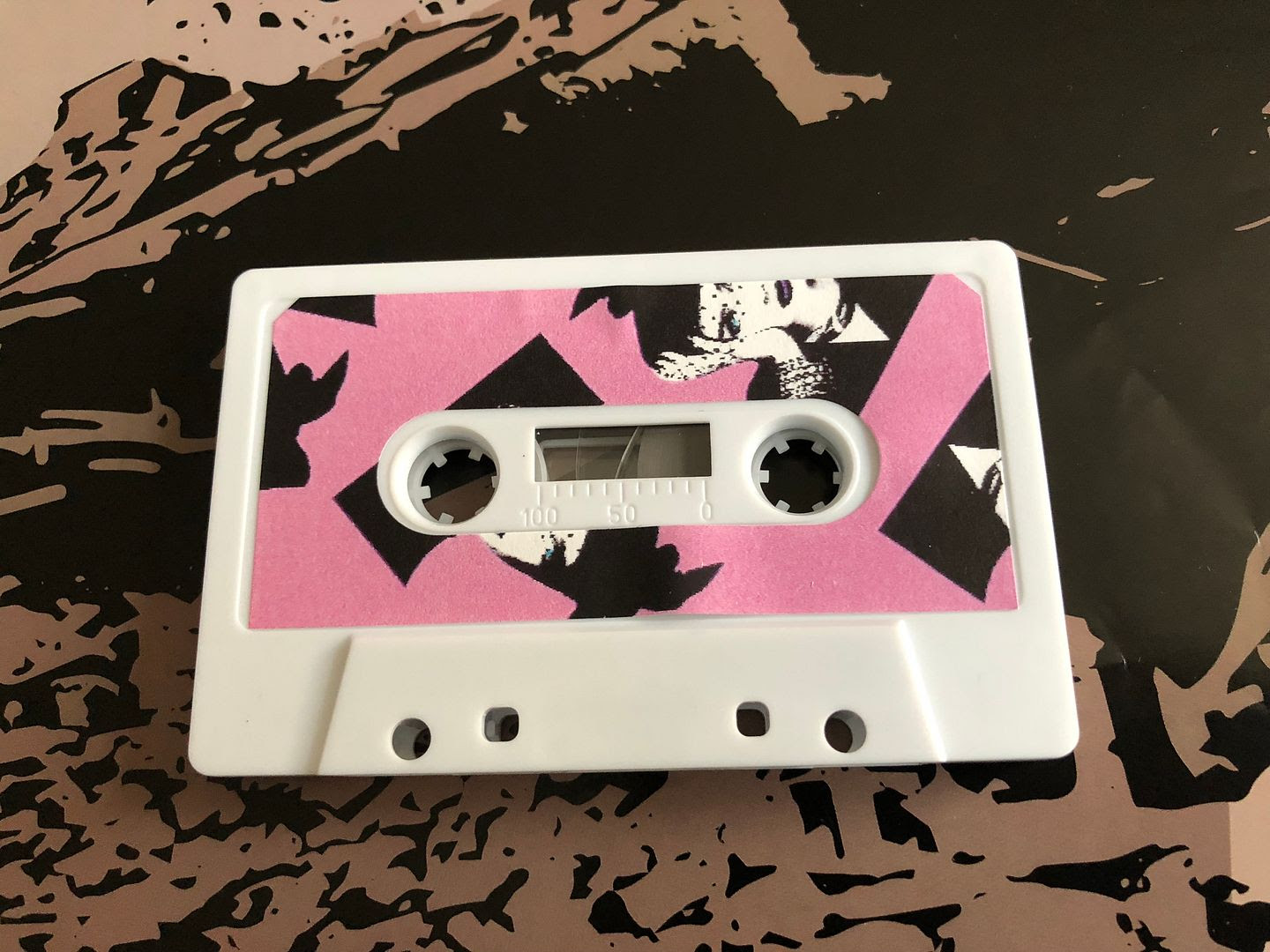 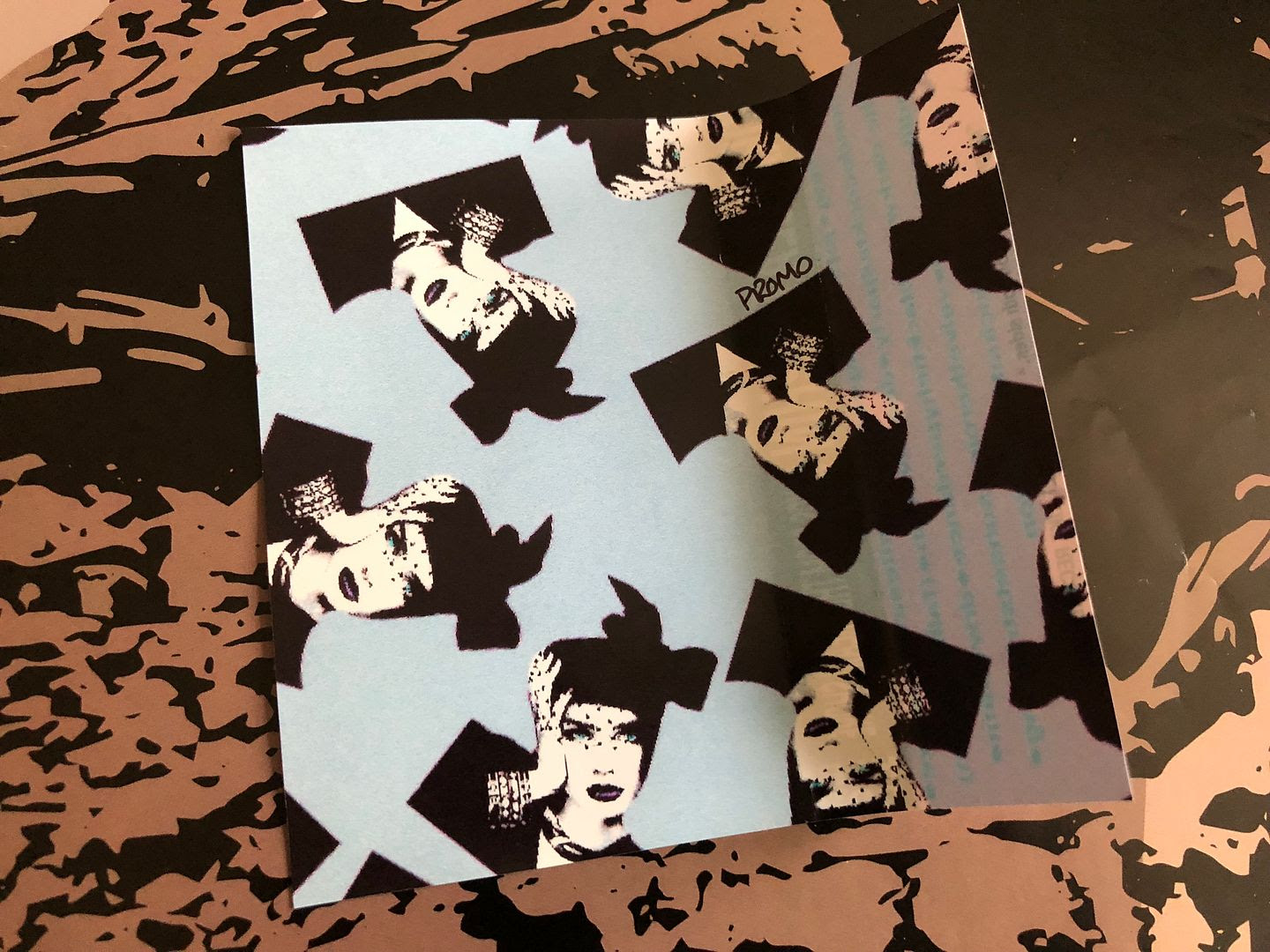