The second home game for Yale football this season took place on a Friday night.   Somehow Quentin had off from school on this Friday for a "professional development" day, so he didn't have to wake up early and we weren't so rushed in getting there-- to an extent.   I also took the day off of work to stay home with Quentin and then be able to get to the game without rushing out after work and all that.   So the deal is my Dad works in West Haven and so it made more sense for us to meet him in New Haven than have him drive up to pick us up and then drive back down.

This was when I got the idea that Quentin and I could take the train down to meet him.   The problem was, there was a train at something like 2:40 and then the next train was at 4:53 and it takes roughly a half an hour to get there.   So with my dad getting out of work and all, we took the 4:53 train, stopped at Burger King and by the time we parked and made it into the game the first quarter was almost over because it had a 6:00pm start time even though it wasn't dark yet and so that kind of defeats the purpose of playing under the lights.

Anyway, Quentin enjoyed the train ride.  He watched out the window for a while and then ended up finding an empty seat and sitting with some other little kid and an adult.  I think it's odd though- don't you- how kids can kind of find other kids and bond with them if only for a short time.   They will likely never see each other again, but they were laughing like they were best friends.   I'm not sure if it's me or everyone, but I always feel like what's the point of talking to someone I may never see again.   Maybe people are just too busy that they can't be bothered.   Too preoccupied.   I don't know, but... kids, man.

Once the sun really went down on the Yale Bowl it got cold.   I didn't take a lot of pictures for that reason and because of the lights.   That and the fact that Yale was losing pretty badly.   There were a few times in the third quarter where it felt like they could turn it around and possibly make a comeback but they never did.   Dartmouth has always been a tough team for Yale though, so while we were hoping for the best the end result was not all that surprising.   It's odd though how Harvard always seems to be the top of the Ivy League and yet Dartmouth seems to be such a good team.

I'm not sure if it was because it was on televsion or not but Dartmouth also brought their cheerleaders.   They brought a lot of fans too.   There was this one series of plays I've never seen before and may never see again.    Yale got intercepted by Dartmouth, but then Dartmouth fumbled right around the same spot and Yale got the ball back.   Then Yale somehow fumbled- all in the same spot- and the ball went back to Dartmouth like none of that stuff had ever happened and we just saw some time disappear off the clock.

This will also be remembered as the game when they went back and put 52 seconds on the clock for some reason which was never really clearly explained and at first the person typed it in to be 52 minutes which was hilarious.   If that was a student working towards credits I don't think that will get them a passing grade.   So between the cold and losing we ducked out right before the end of the fourth quarter.   They weren't going to let us on the field after the game anyway, so it was better to call it a night since Quentin also fell asleep in the car on the ride home. 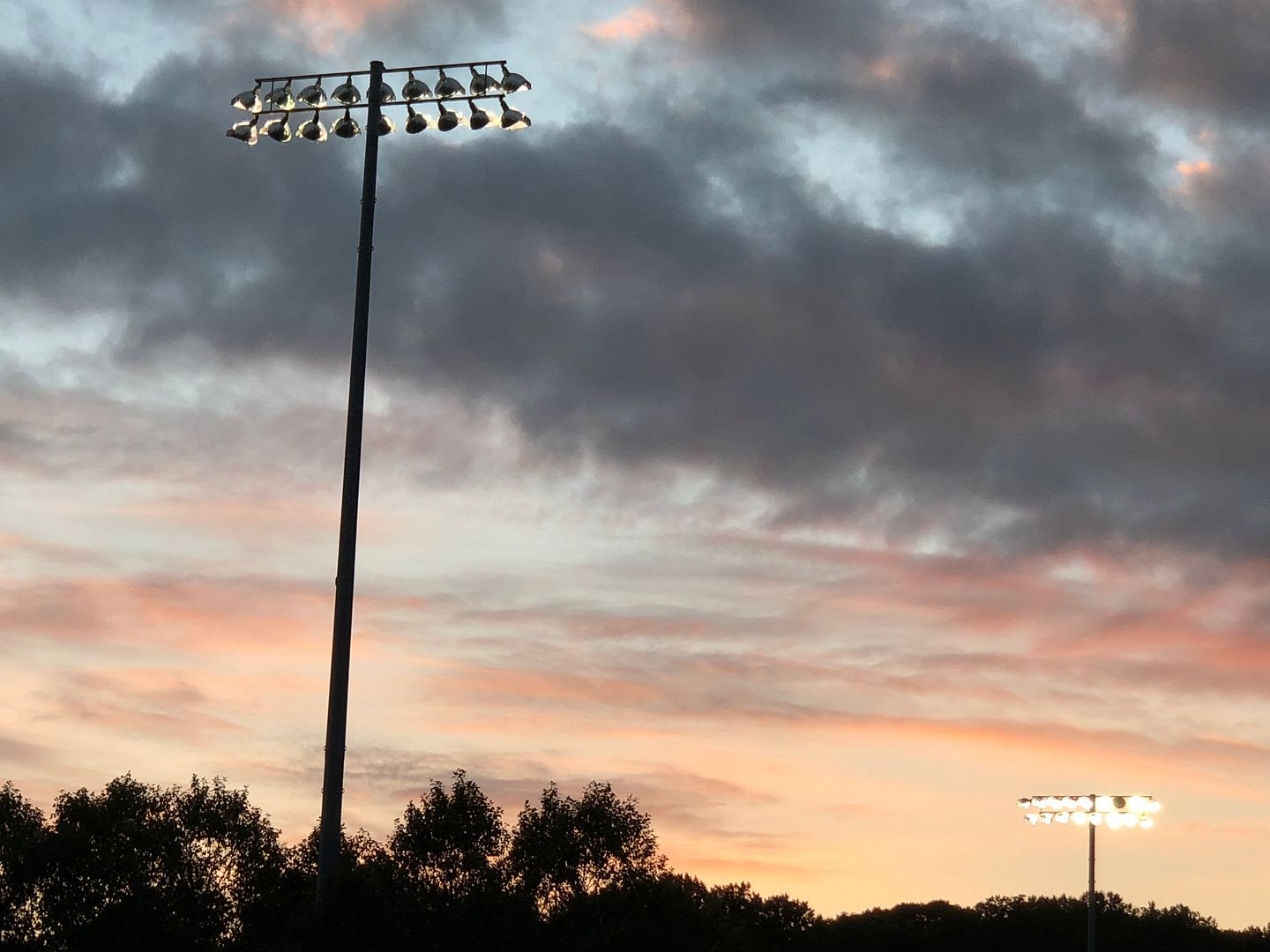 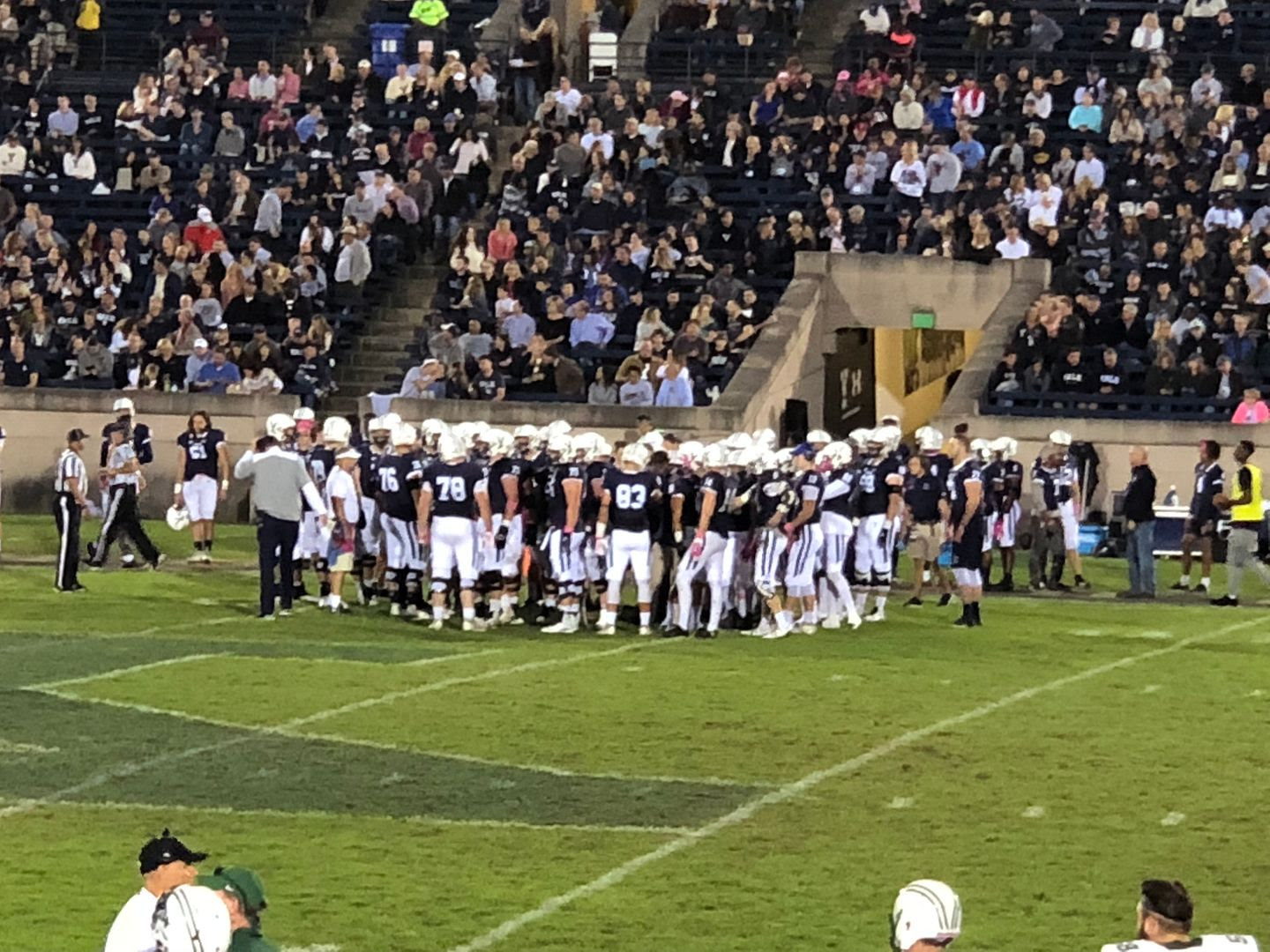 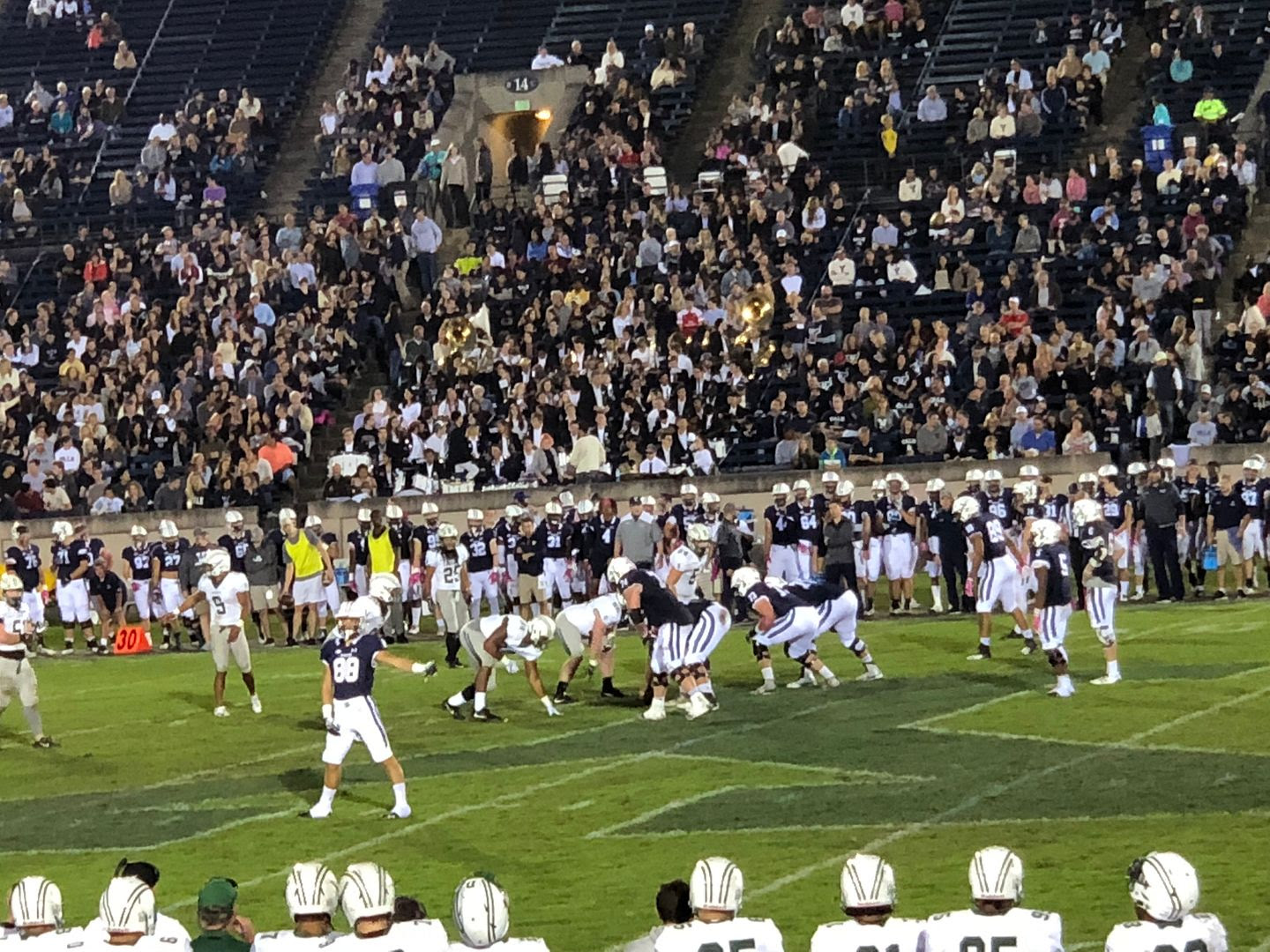 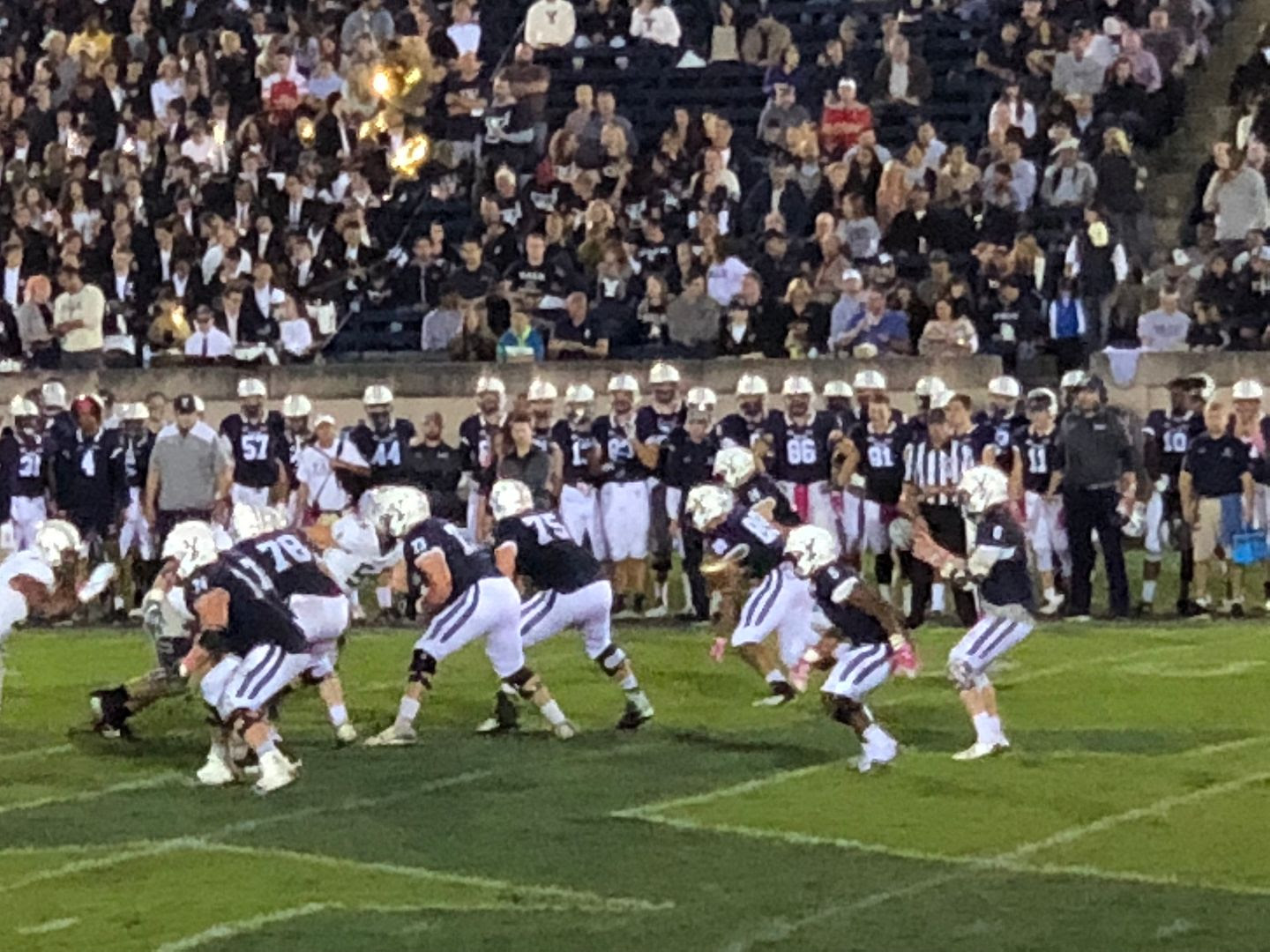 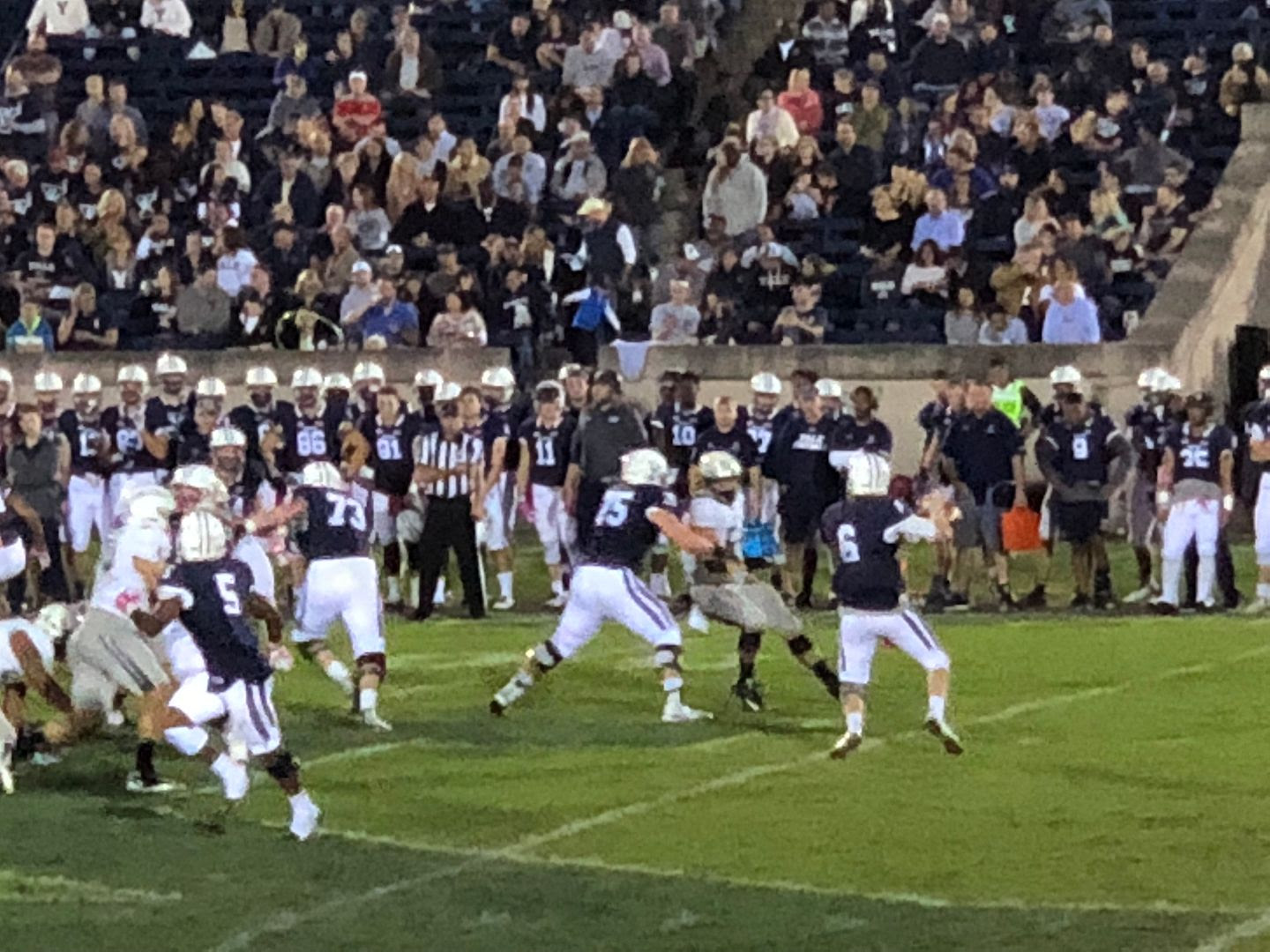 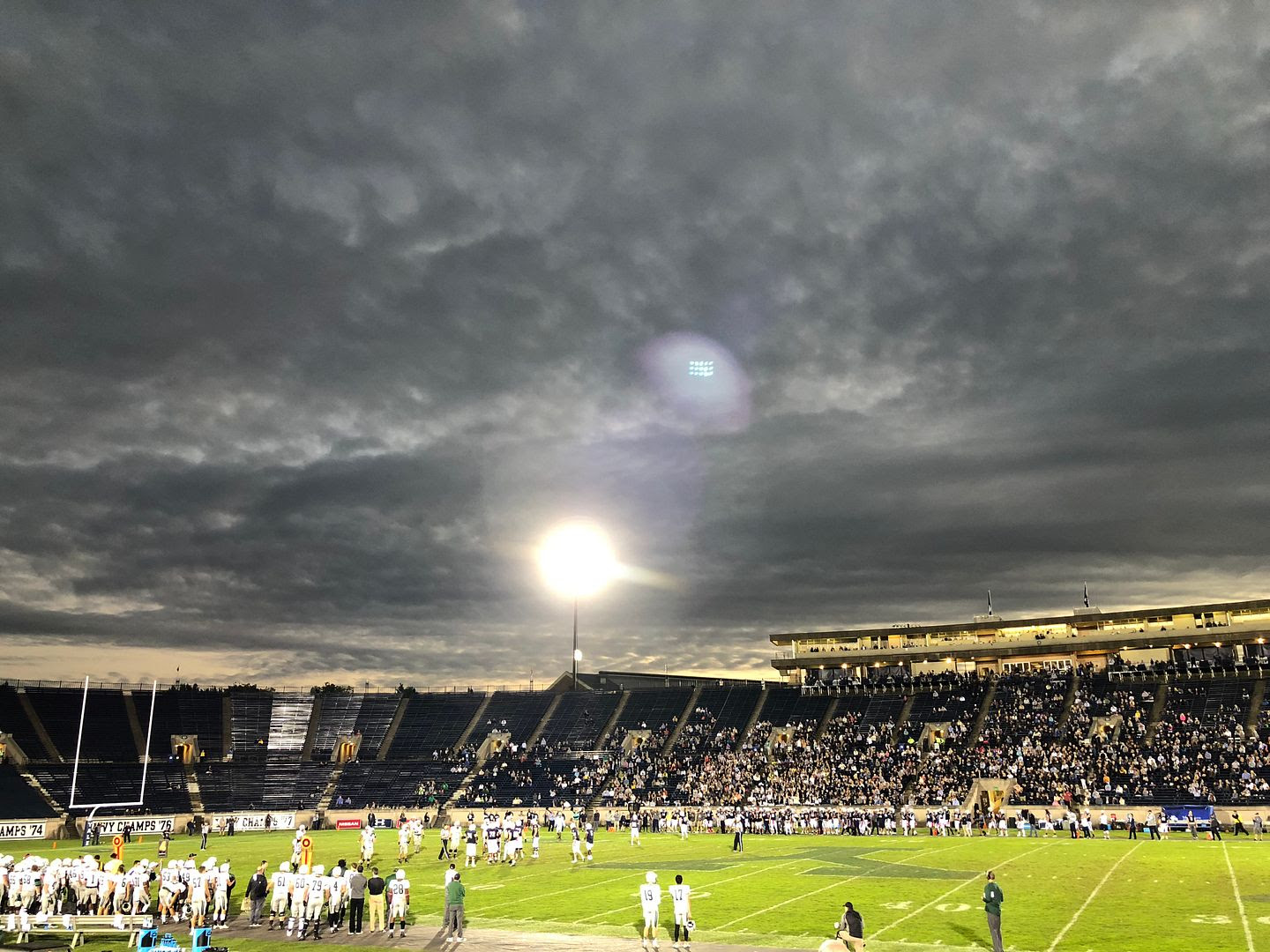 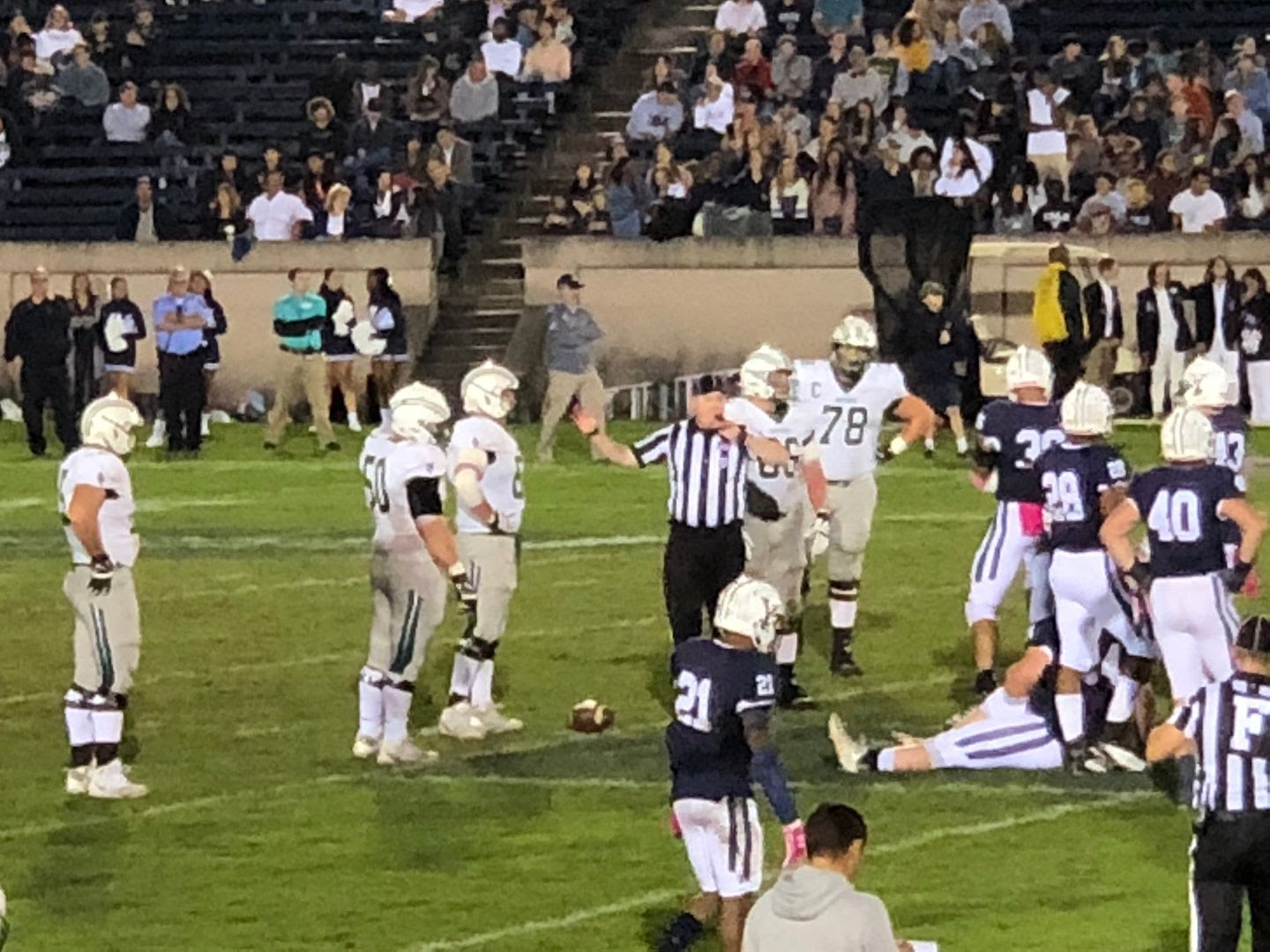 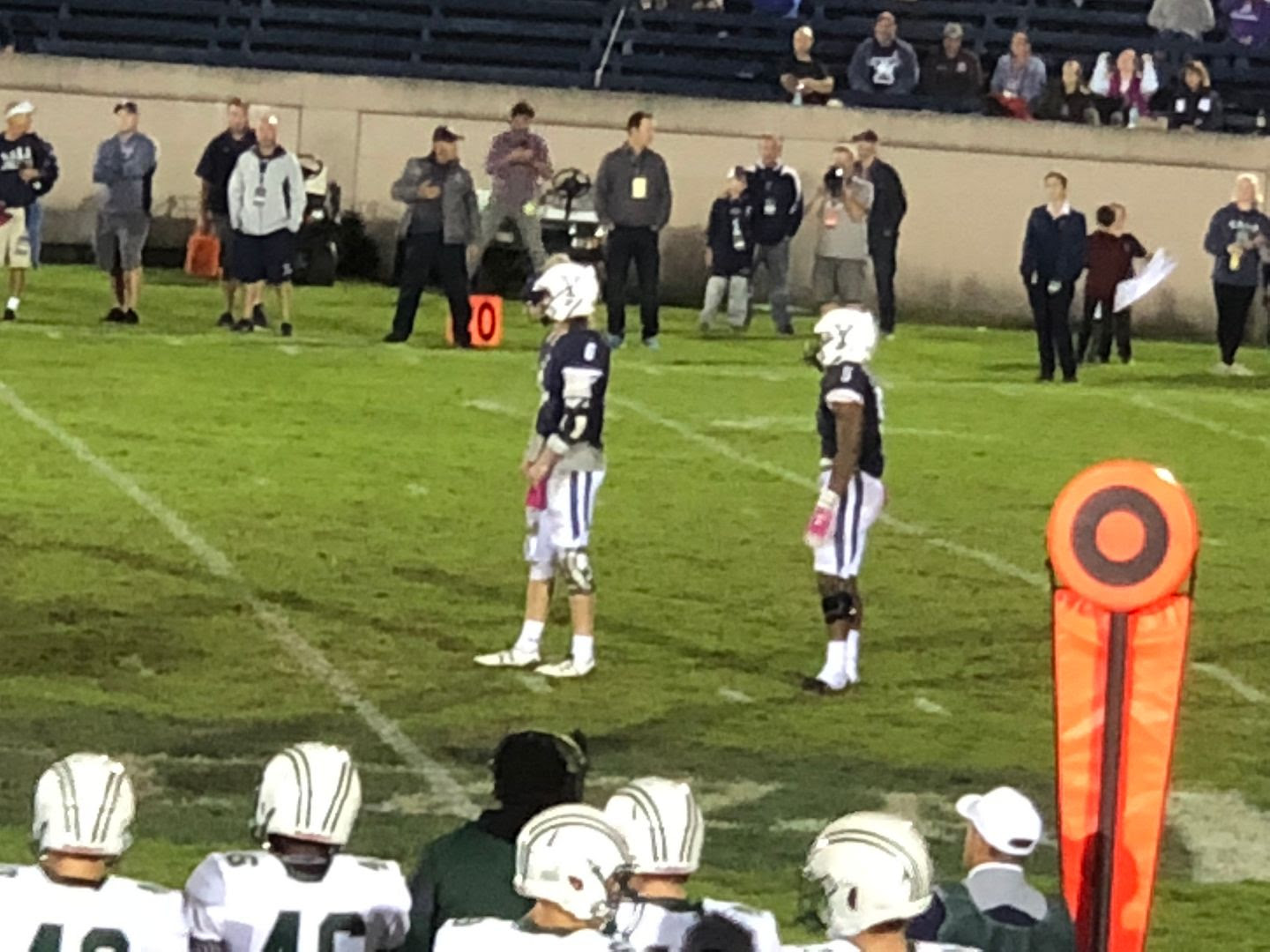 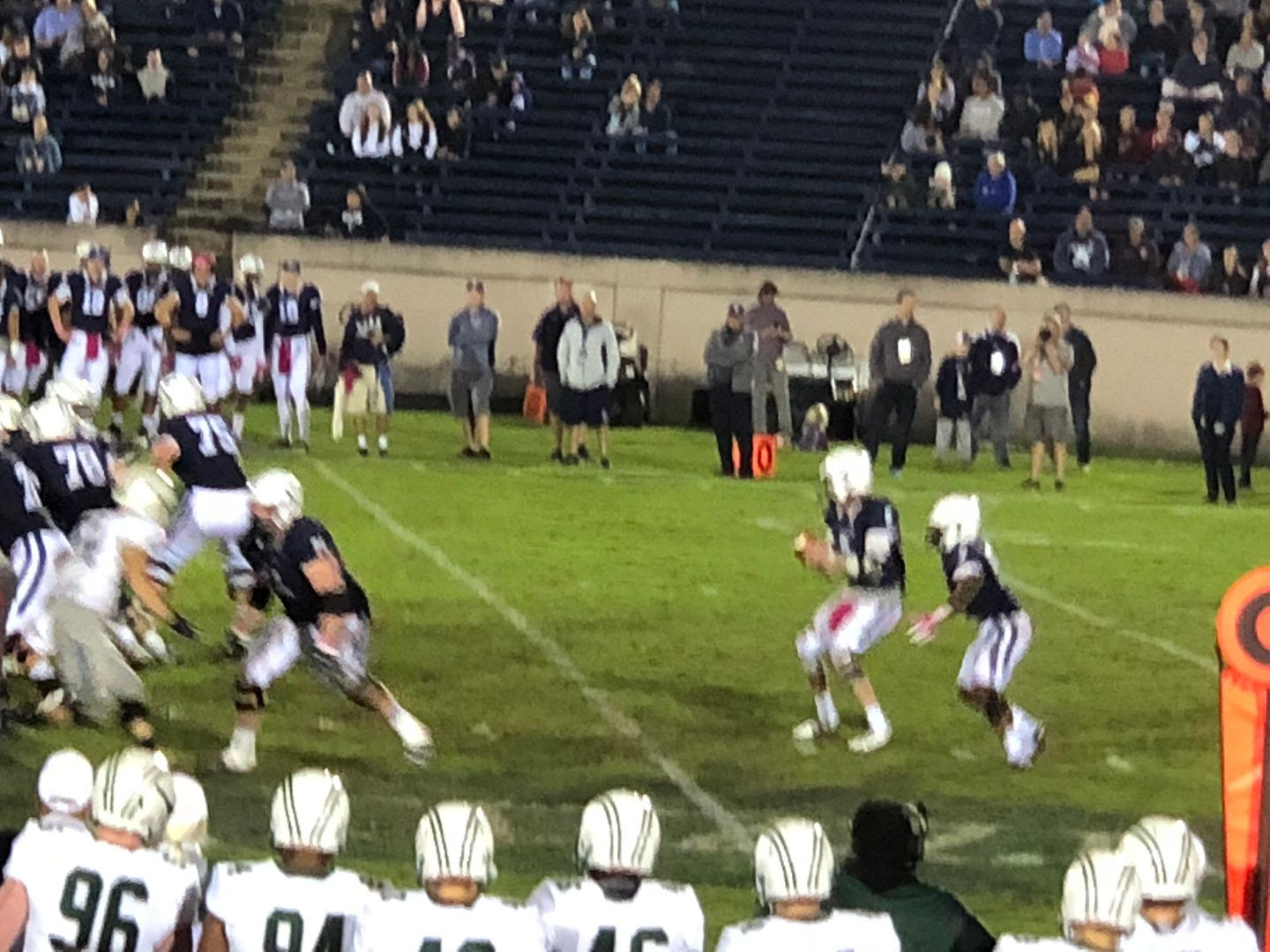 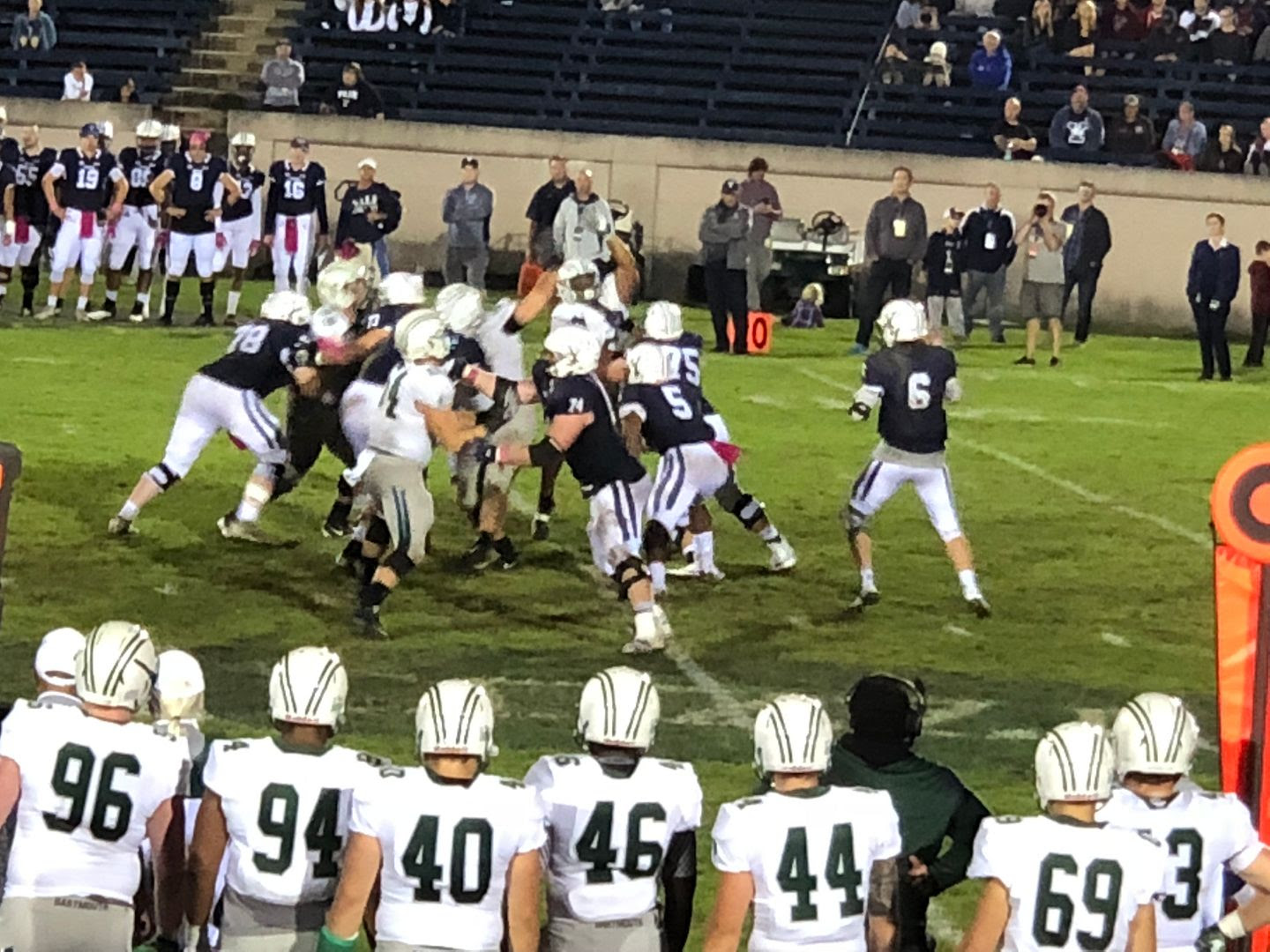 Posted by Joshua Macala at 2:05 PM