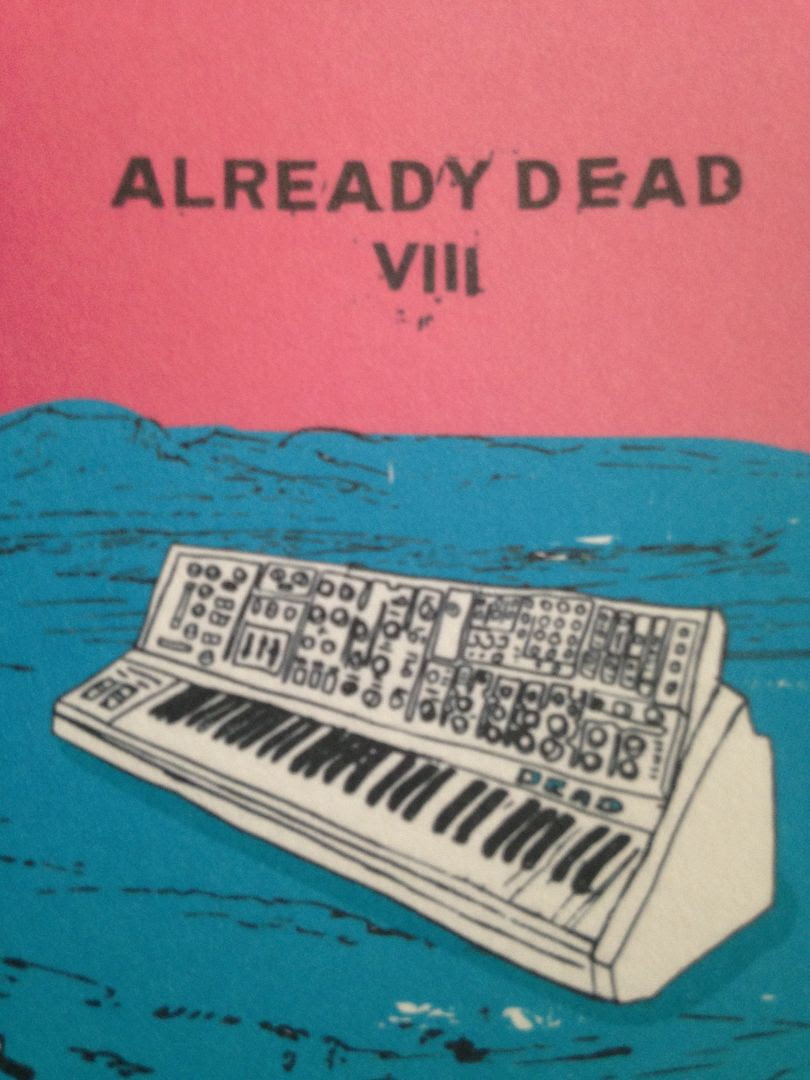 For those who don't know, we here at Raised by Gypsies don't do those "year end award" things, but if we did Already Dead would likely be the "label of the year" every year.   It's not just the diversity of the artists but that they are the best at what they do as well.   I can get behind a solid label releasing similar sounds, but when you bring all of these various artists to the table they better each be able to hold their own-- and from my years of experience with Already Dead, I say that they can.

The first four songs on this compilation are instrumental and range from mellow to haunted.   Daniel Francis Doyle opens up the vocals and does a live song before The Hell Hole Store make an appearance.   Shoutout to The Hell Hole Store for rhyming "Bucko" (as in Bob Bucko Jr.) with "fucko".    Nighttime has a blissed out dreamy song while Dane Rousay recalls the experimental works of someone such as Jay Peele.    What I like about this compilation as well is that a band like Period Bomb is on here, whom I love but am not sure have been on Already Dead before this. [Editor's Note: Between writing this and posting it, Period Bomb have released a full length cassette on Already Dead]

Obody closes out the first side with one of those slow, Murder By Death-type ballads which make you feel like you're walking your final walk to the gallows.    On the flip side, Victoria Blade has a soft, ukulele number called "You Are Loved" with the hook being "This is a reminder / You are not alone", which is quite the contrast to the feelings of how we left off but comforting none the less.

Roland Mosseury has a steady video game synth feel on "Remnant" while Bill Tucker strums the guitar in these dark times.    Scrapes and whooshes now as we feel somewhat hollow and then the percussion kicks in.   Imbue and Storm Ross are both in here as Already Dead favorites that you should know by now.  From dreamy drone to electronic glitching, the compilation seems to start off quiet and minimal enough and build, as if going up a hill and now we are on our way back down it.

From crazy guitar work to twangy country to angelic, darker tones when it's raining and then just that overall feeling of being wild and like the Smashing Pumpkins before going back into guitar-based insanity, this cassette does just about everything and as I feel like I say every time I type or talk about Already Dead Records, this is the best representation of the variety of strange yet excellent music which I listen to as often as I possibly can. 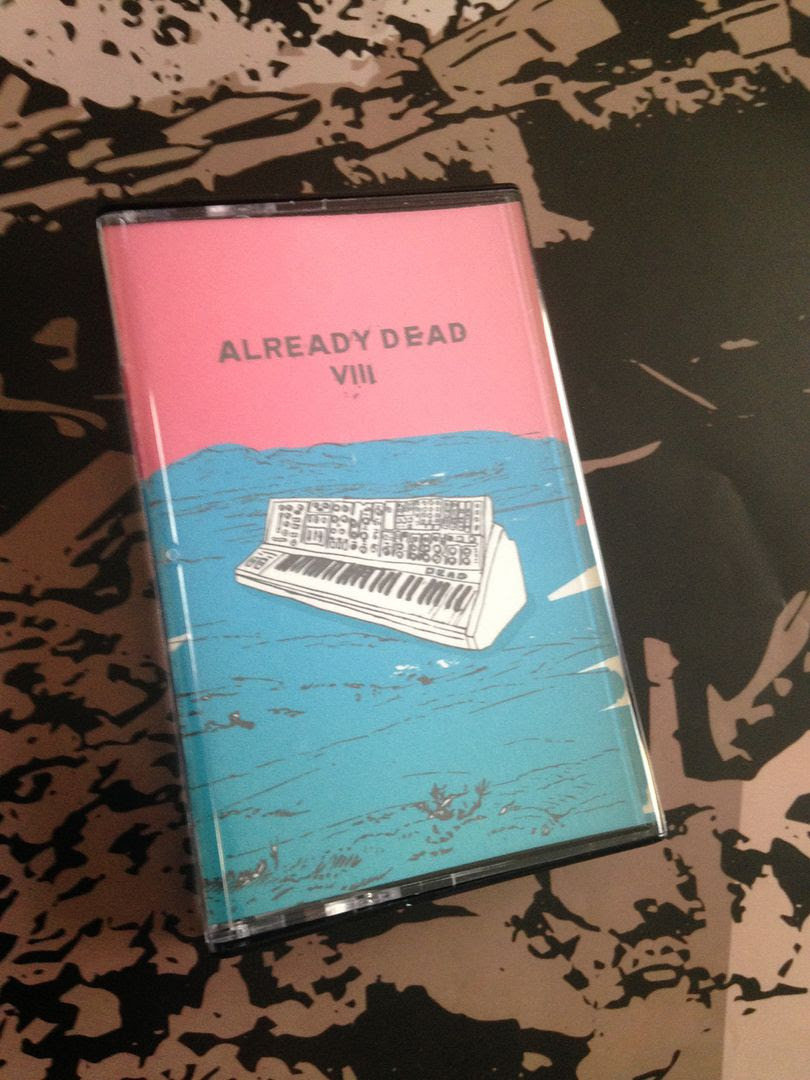 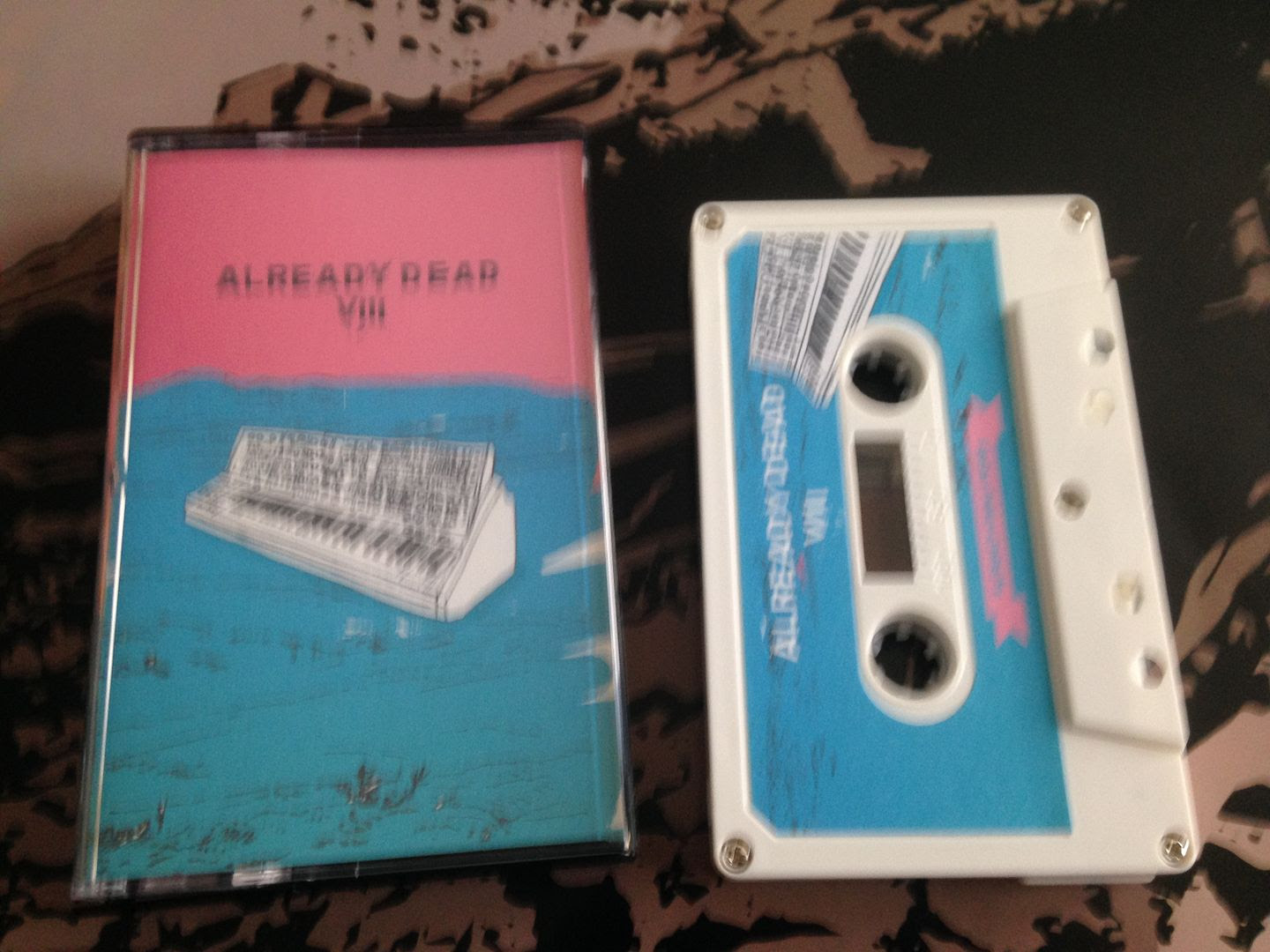 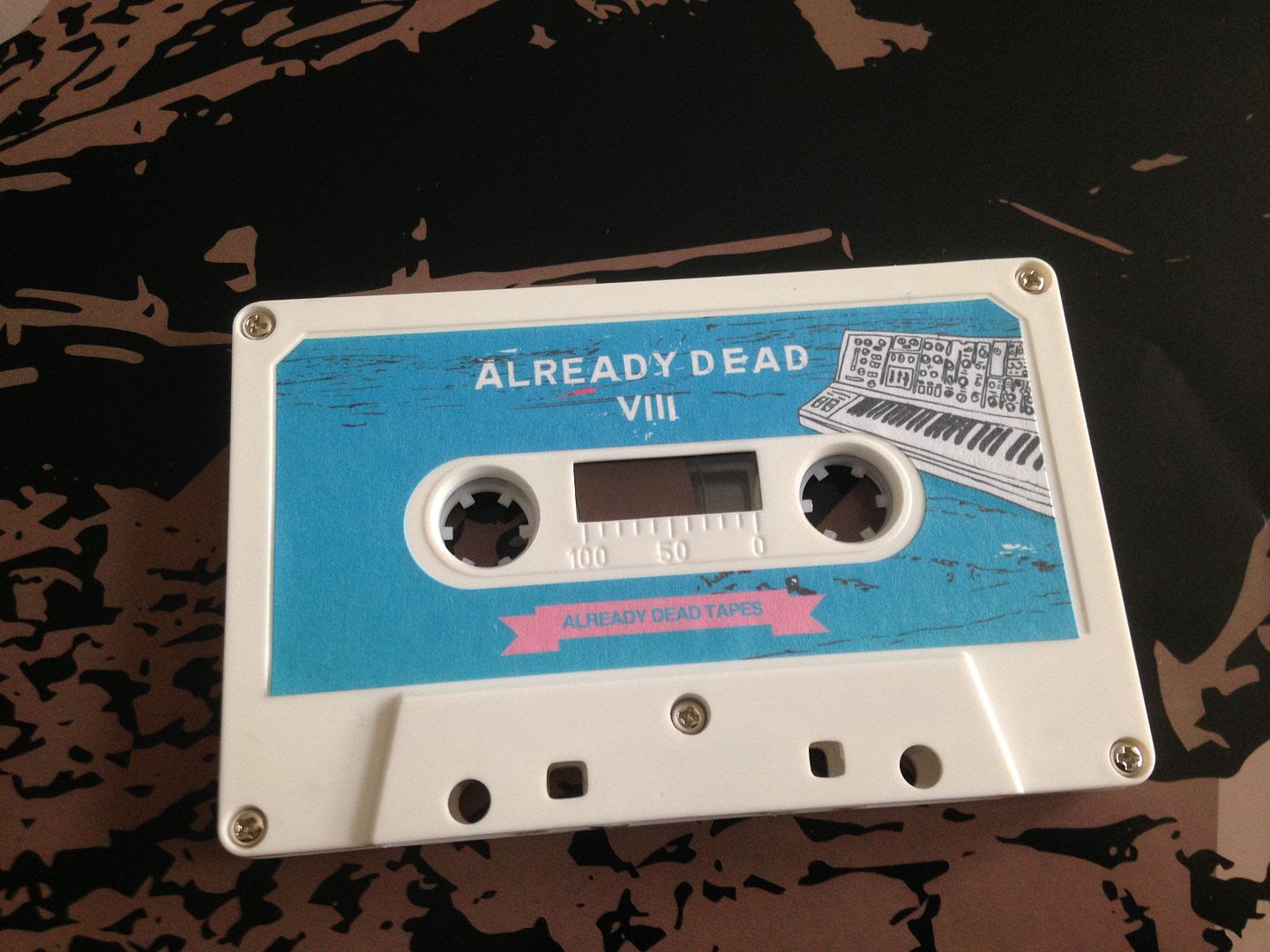 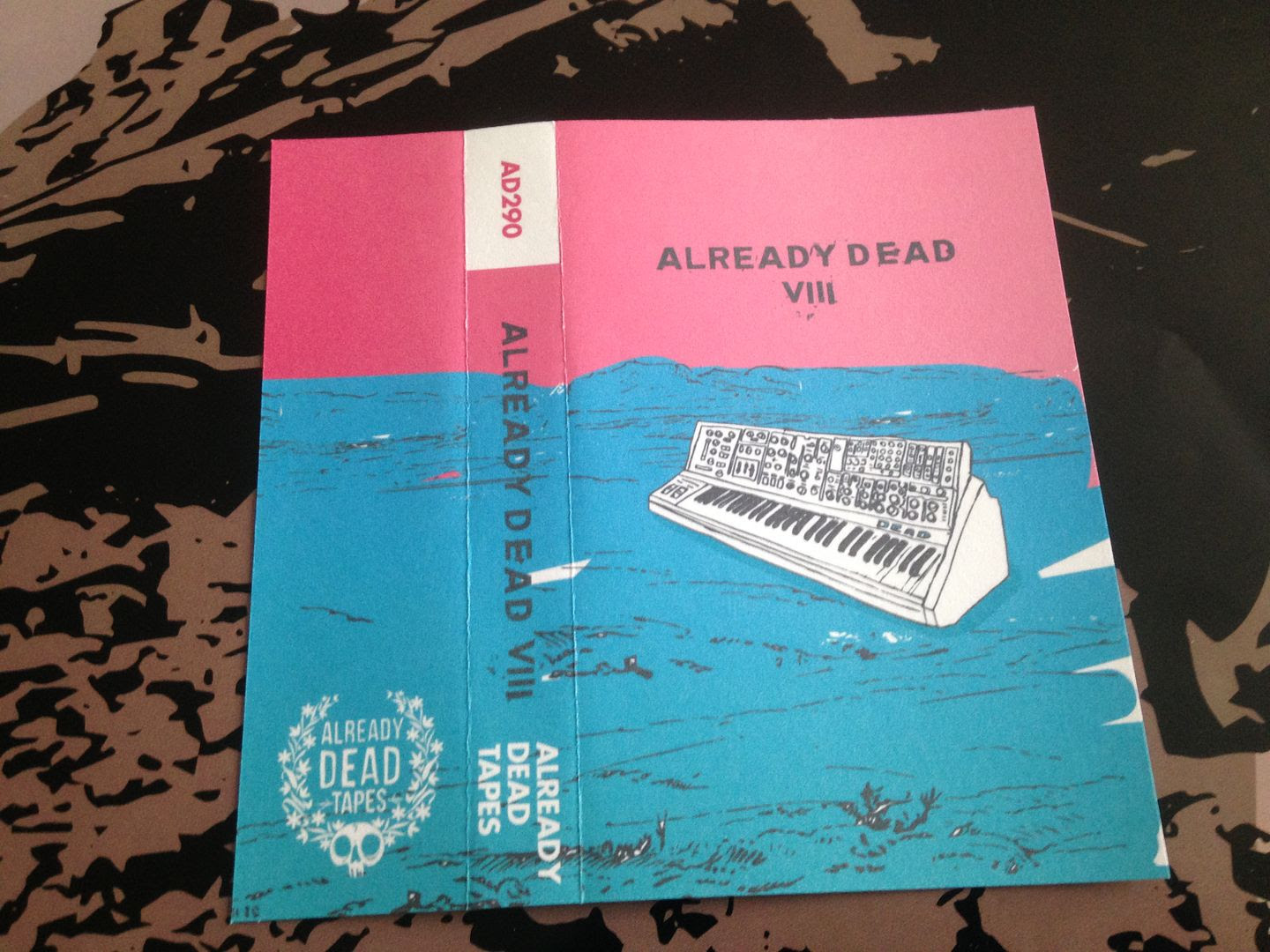 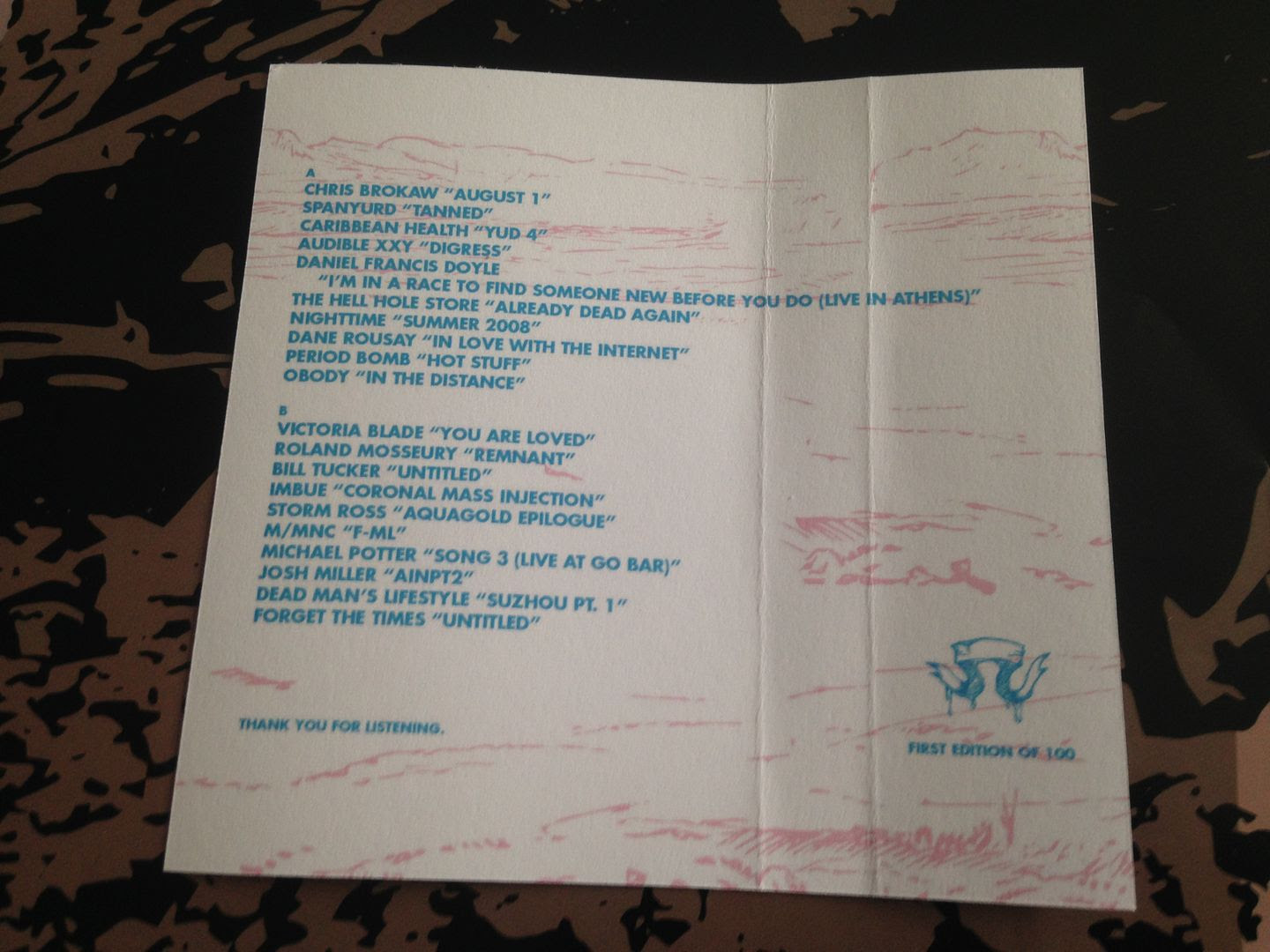