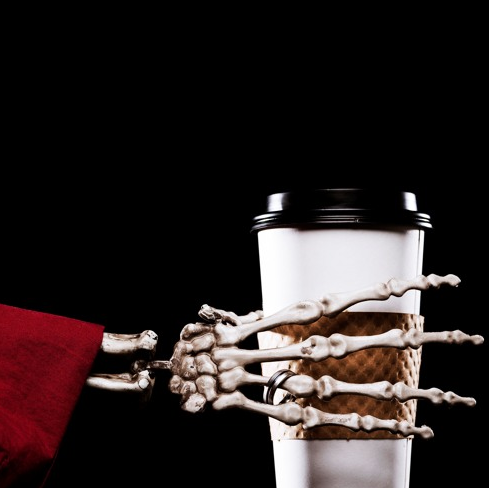 "Cubicle Zombie" begins with these funky keys and it reminds me of Panic At The Disco from the start.   This first song could be the titular track, but it's not- it's called "Good Morning"- and it is about the idea of the "Cubicle Zombie" though, which in a lot of ways reminds me of the movie "Office Space".   The thing is, I'm working in a warehouse right now and I feel like a lot of what happens in an office setting happens in a warehouse as well, such as people saying "Well, at least it's Friday" or making small talk over coffee.   Plus a lot of the people I work with (sometimes including me) seem to walk around like zombies a lot of the time.

Into the second song there comes a driving bluesy feel to it.   Elements of Melissa Etheridge meeting Tracy Chapman, which is a bit of a difference from the first song but it is still sticking to the original sound with those huge vocals.   Strings and pianos can round out the sound as well, as the lyrics go into a place where they state things like "You and The Elders lied to me" and "This isn't what you told us would happen / But we will adapt"  It has that overall feel of survival which I think we all need right now.    In these times, yes, these are the anthems we need.

"War Paint" has  Blondie/Fleetwood Mac type of sound to it as it kind of chugs along and then "Time Machine" comes in with drum machines and synth.   "Time Machine" gets kind of crazy like Ladytron, but you can also dance to it, and the premise of the song is that it's feeling like you'd stepped out of a time machine because of the way women are being treated (I mean, I'm on Twitter, I know) and the hook that hits me most is "It is not 1963 / Welcome to the 21st Century"  This is something I think a lot of old white men really need to listen to if even by force.

If nothing else you will fall in love with these pianos.   By the end of "Cubicle Zombie" there are more electronic sounds, like "Head Like A Hole" era Nine Inch Nails and it just goes to show the lengths this album will go to so that it gets its point across.   One of the final lines that really resonates with me is: "I am too tired for this fight" and I know we're all tired but we need to keep fighthing; we must.