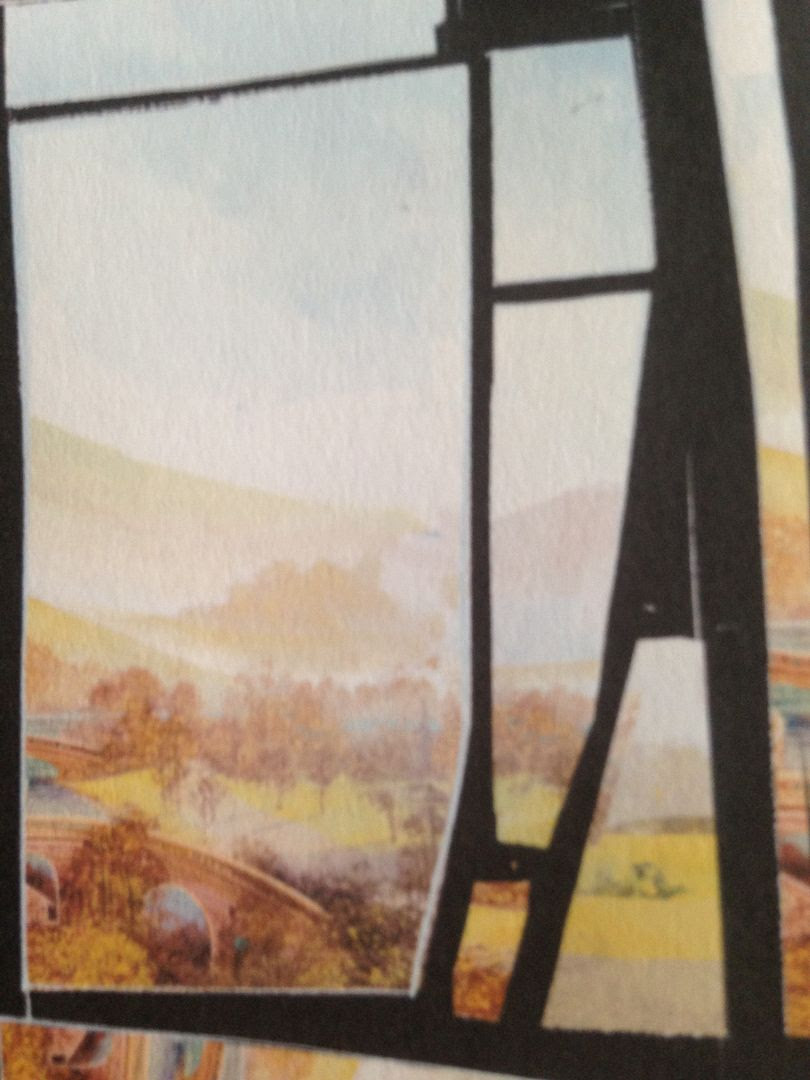 Perhaps my favorite part of music in the early '00's was that so many different artists were experimenting with rock in ways which just isn't as common now.   From bands like The Break to Christiansen, even The Honor System, it just felt like so many different sounds were coming out of what could be some blend of rock, punk and hardcore music.   The music of A.M. Stations is loud, screamy, distorted and would've fit in so well back then.

Right away I hear elements of Cloud Nothings and The Canterbury Effect.   You might not recognize some of the names I reference and it's okay.   They may not be the biggest names, but like A.M. Stations they made huge sounds.   Sing alongs and the guitars dancing along with the drums make me think of math rock, and then it begins to also sound like Garrison, a band I sincerely miss.

At one point, the vocals remind me of Beck.   This does have a certain grunge feel to it, but it's more of from that era later where kids grew up in the 1990's and their sound was the result of them listening to a lot of Nirvana.   Just huge, exploding distortion comes out with lines like "You could learn a lot from your friends / They can fill you up with the latest trends".   I mean, I don't consider what I listen to and write about to be the latest trends, but by all means if you read these reviews and listen to these songs we can be friends.

Some time during the first side it clicks that this does remind me quite a bit of The Lot Six.   If you told me A.M. Stations was ex-Lot Six members I'd believe it.   A particularly screamy songs closes out Side A and then as "There's no future" comes out to kick off the flip side I'm reminded a little bit more of mewithoutYou.  Distorted bass hums come through like a wild Nirvana song, "Breed" for instance, and yet it stays screamy with these just loud, loud riffs.

Not quite rock, not quite punk, not quite hardcore, A.M. Stations is that perfect blend of all of those things (and a little bit more) and this really takes me back fifteen or so years to when music was just so raw and unfiltered-- something you don't see as much anymore.   I would have approved of A.M. Stations back in 2003 so I'm definitely saying you should be getting down with this one now and, if you're anything like me, for a long time to come. 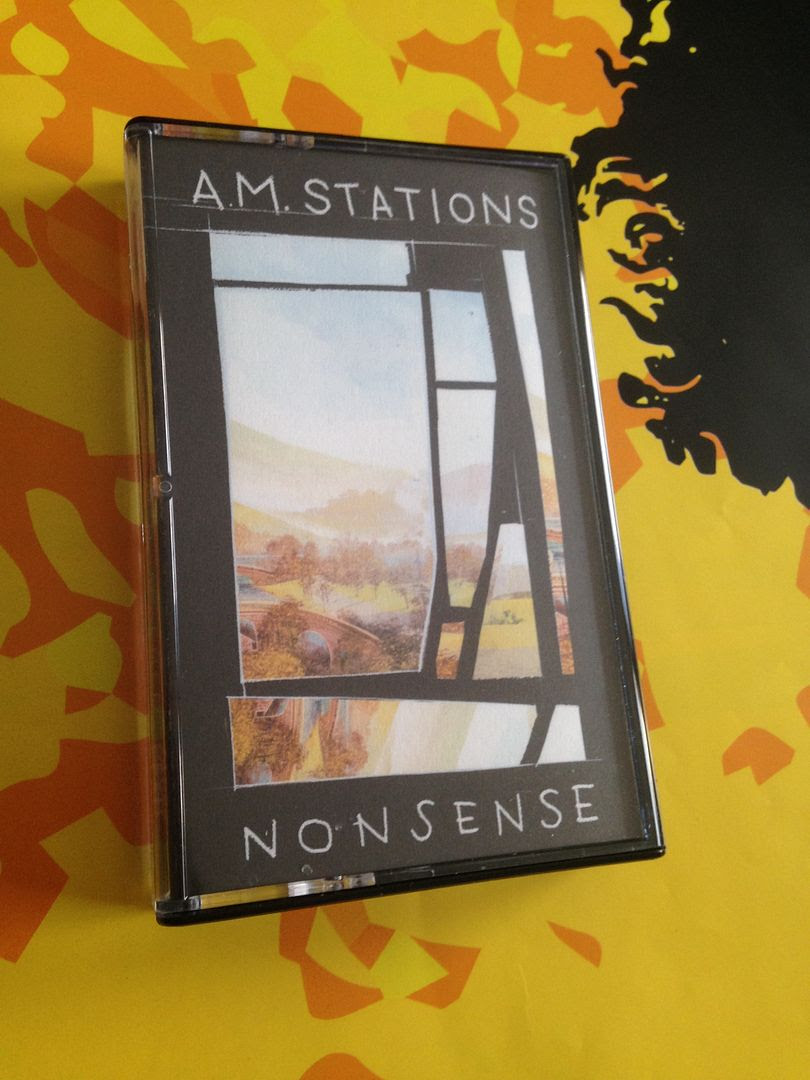 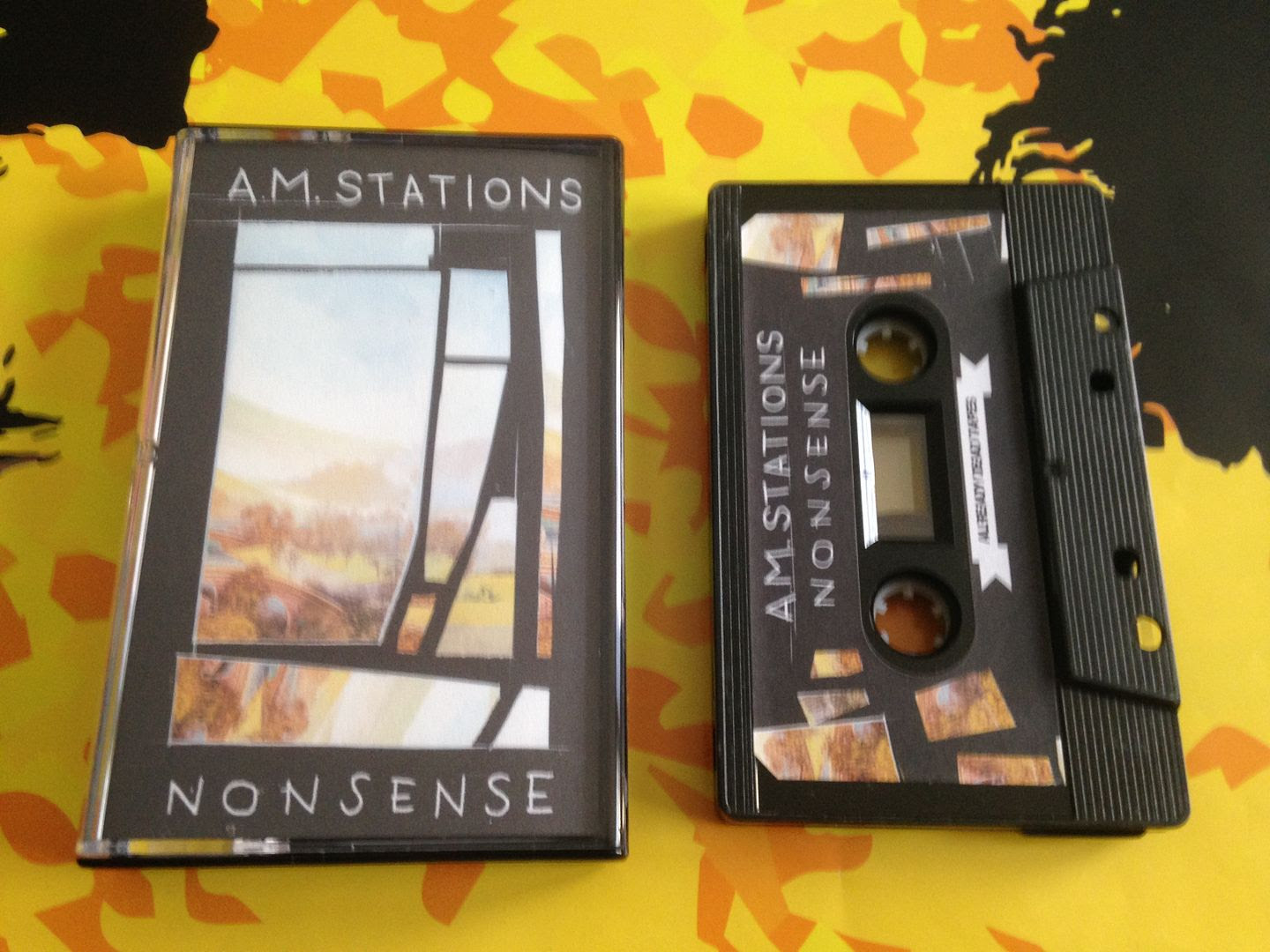 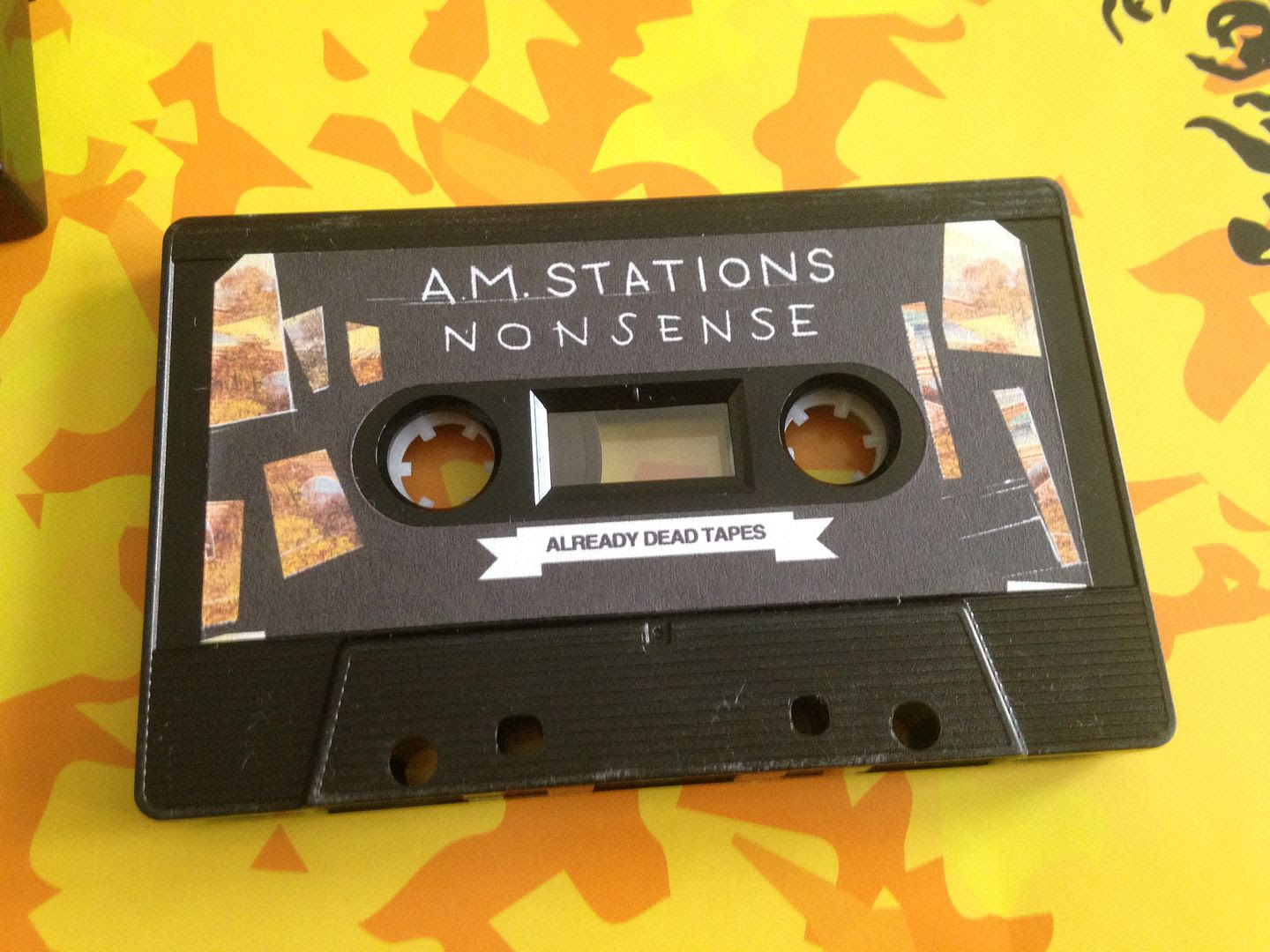 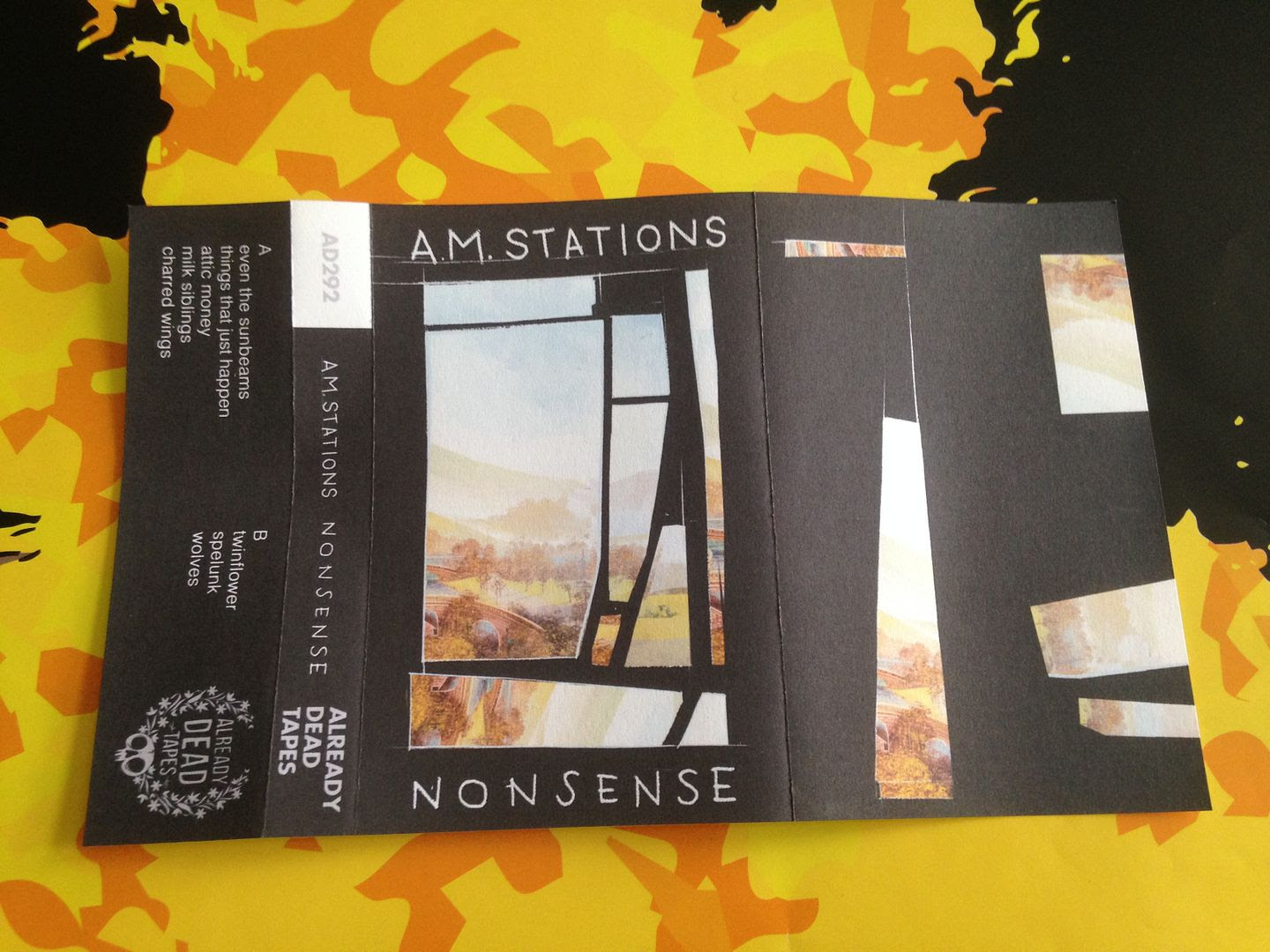 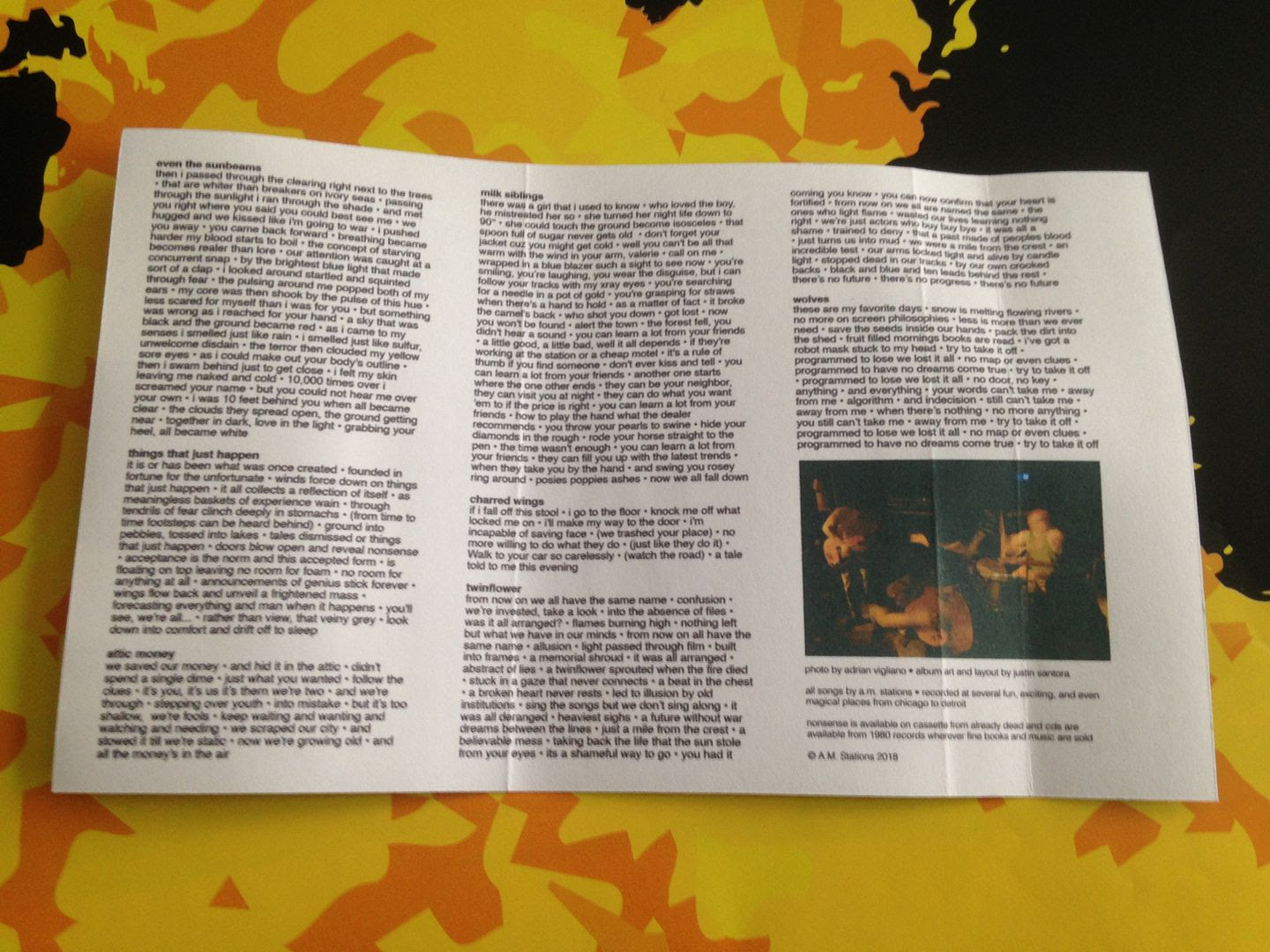 Posted by Joshua Macala at 1:03 PM