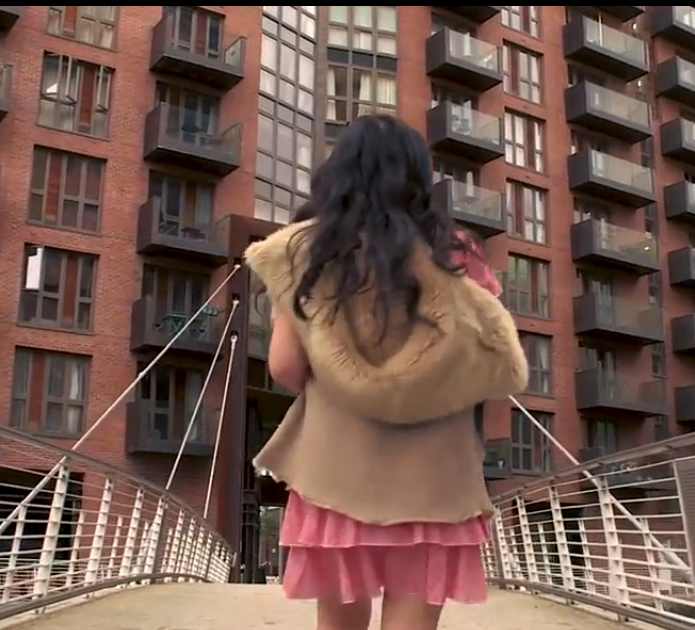 "My Life" is an upbeat song that has pop influences but mostly importantly a message that everyone young and old should relate to.   When I hear the lines "I don't care if you're better than me / And I don't care if I'm better than you" I can't help but agree with them and the sad part is that while the ideas behind these lyrics are something that I've believed for the last I don't want to say how many decades, most people don't have this kind of self-confidence.   And the worst part is it's not even so much thinking you're better than everyone else (which is what I feel most people think) but rather just knowing that you are the best you that you can be.

There are claps in the chorus and this becomes a fun song to sing along with but to that extent, yes, it should also be a mantra for you.   I don't really listen to the radio if I don't have to but I can bet most of the songs playing in pop culture today don't have this same message.   How awesome would it be though if this was the song that kids were growing up listening to, so that these ideas and morals were being instilled in them at a young age instead of them (hopefully) figuring it out for themselves years and years too late.   (Trust me, if you feel like a puzzle piece that doesn't fit anywhere, one day you will find your puzzle and feel complete)

The music video for "My Life" seems somewhat simple at first, with LeeSun singing into the camera, which I think is fine and as I think this song is something which needs to be embraced by the youth it can kind of lure them in without having deeper meaning.   But ultimately, it's nice to see how she sings about not fitting in and that sort of idea while in a crowd of people while she's the only one in focus.    From the way that she's dressed to the way that she acts (her movements, the hoola hoop) she just stands out from the crowd and that's how everyone should be-- standing out from each other rather than looking so much like each other.

I say this next part with a heavy heart because it's something which hits a bit too close to home right now for me.   As the video goes on, eventually, people join LeeSun in the sense that they either dance or hoola hoop with her.   This is an essential part of the video because it presents an aspect of the song which isn't as easily taken from it in an audio only sense.  What it means, to me, is that while we are all different, it is equally as important to remember that it is our differences which should bring us together.   I often forget this notion because, alas, I have only a few real friends in this life (Enough to count on one hand)

Let's say your favorite food is tacos.   Would you want to eat tacos every day for the rest of your life?  No matter how much you love tacos, you'll eventually grow tired of them.  So guess what?  You meet someone else and their favorite food is falafel.  Now you eat falafel too.   And this is how we learn and grow as people with the help of other people, something I need to practice more and thanks to this song I will.  You can still be friends with people who share similar interests as you but isn't what makes us different really much more fascinating?

Posted by Joshua Macala at 3:22 PM