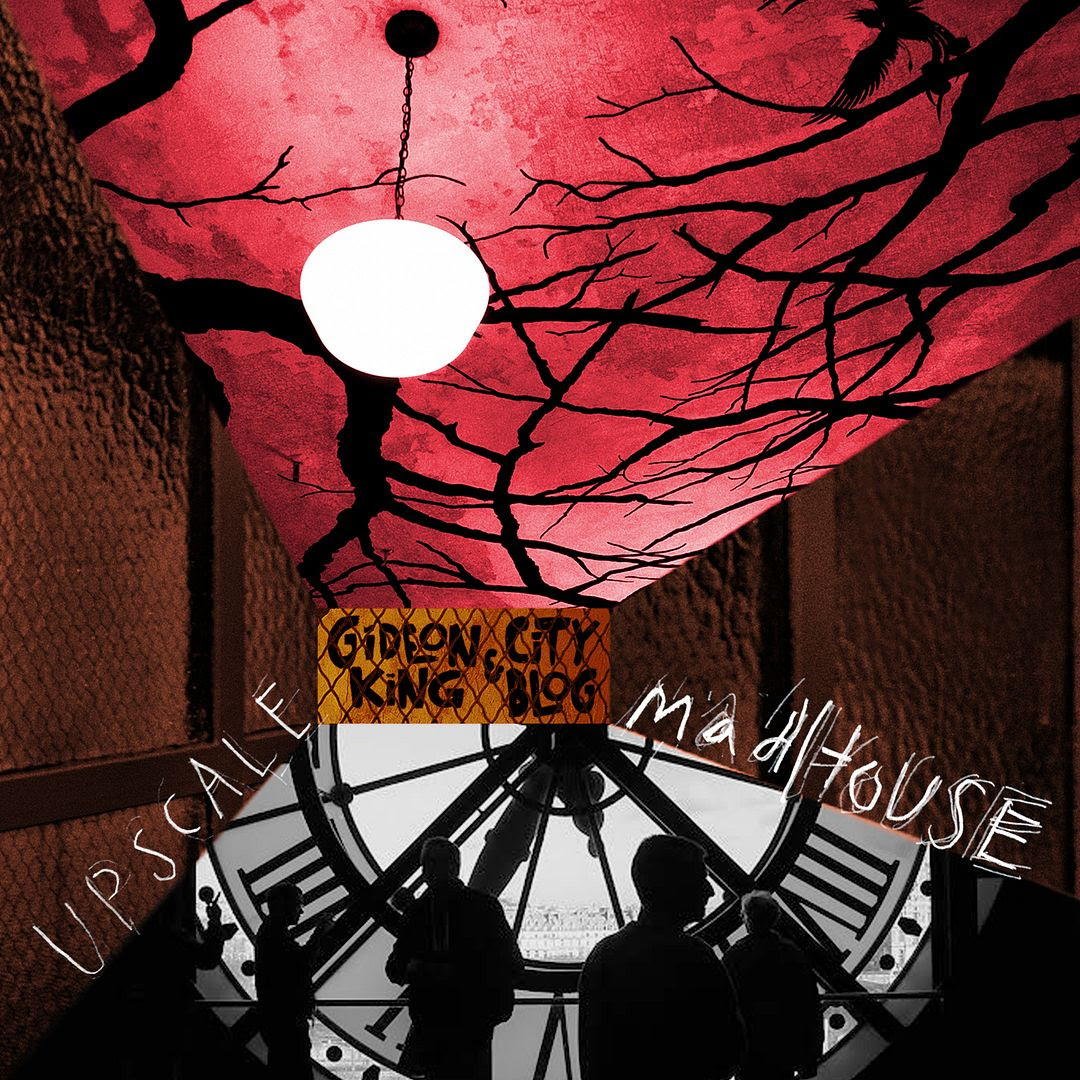 Before even listening to the music itself, I have trouble explaining what Gideon King & City Blog is.   Technically, they're a band founded by Gideon King but as you will see by the tracklisting on the Spotify page when you listen to this all of but one of these ten songs has a feature (or two or three) on it and so in some ways it's more like an ensemble in that sense, for example the first song "Straight to Hell" can have Sonny Step who isn't a member of the band exactly but does return on another song.   In some ways, it's almost best to be described as a collective.

Once you can wrap your head around the various elements coming into play here in terms of musicians, then you will begin to feel the music itself, which is also not easy for me to describe.    Right away there is this smooth sound, somewhat like Jack Johnson, which has the opening lyrics of "Call me a taxi 'cause I'm going straight to Hell".    For some reason, the opening song also reminds me of the song "Lovely Day" by Bill Withers, which tends to be in a lot of kids movies these days (or at least that's why I feel like I most remember it of late)

In contrast, the second song, which also happens to be the titular track, has Brendan Fletcher on it and there is more of an acoustic/folk/coffee house vibe to it.   Somehow it reminds me of that "Walking In Memphis" song, yet also Joshua Kadison and more recently reviewed by me that CD from Flav Martin & Jerry Marotta.    The soulful guitars make me feel like this is a version of jazz as well, which is always nice to hear because there is a pleasant quality to it as well.

"Broken and Beautiful" somehow combines the sounds of the first two songs, though it also just has this great sax blaring through it.   This might sound weird or funny but one of those things about me I've never really confessed before is that I think it's cool when people use the word "sax" in place of "sex".   So if a t-shirt said "Sax On The Beach" or "Sax And Drugs And Rock N Roll" I'd likely wear it.    I'm not sure what kind of person that makes me.

"Fake It On Facebook" name drops Bruno Mars and is about, well, how people who post on Facebook try to make it seem as if they're living a better life than they actually are.   It has great musical qualities and the message behind it should be taken to heart for everyone who uses social media.     Killer guitar solos and that piano takeover in "Loveyouloveyouloveyou", further proving how there are these musical breakdowns which really help define the songs and style of it all as well.


Grace Weber brings out soulful vocals in "For Our Own Sake", which is a song that just somehow takes this album to another level.    "So Evolved" brings us the lovely Grace Weber singing the string of words "weakass motherfucker" and in some ways that in and of itself makes this entire thing worthwhile because I smile every time I hear that.   But this definitely could be one of those songs where the band was featured in the night club during the Netflix Original Series "Luke Cage" (RIP)

"God I'm So Alone" has that fine line between jazz and the blues and not just because of the song content but the music itself as well.   Shout out to the shout out to film noir.   Memories of "I Called Him Morgan" now.   I want this to be something I can watch as a live performance.   More so, I want to take the train into NYC and experience this as a live performance.    This is not the type of album where you can listen to it quickly or if you're just in the mood for a song or two until you do something else.   This deserves your time to be invested from start to finish and if you do that you will be rewarded properly in the experience.