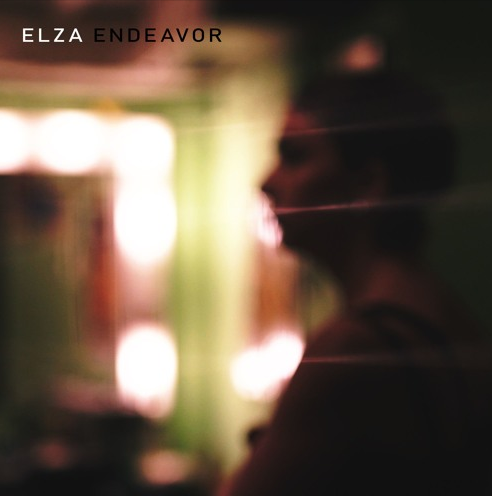 In my review of "Nothing's Wrong" I remember calling "Endeavor" a hollow sounding song.   It's fitting that it stood out in that way to me as it is now the second single by Elza from the forthcoming full length.     With great harmonies come this building quality to the song and it has a somewhat somber feel to it overall, somewhat like that Metallica song "Until It Sleeps" but only in the verses- not when that song kicks in to the chorus.

While it reminds me a bit of The Cranberries and the guitar riffs are cool like The Cure, overall there is this sense of the song being something more from that mid to late 1990's rock sound than what you hear in 2018 and of course that is a good thing because I'd listen to bands from the 1990's all day and what's on the radio now is rather bland.  We actually had the "modern rock" radio station on at work the other day and it surprised how few songs I didn't recognize because they're mostly playing bands like Eve 6, Lit, Pearl Jam, STP, Nirvana, Cake, etc. still.

Like most good songs from the 1990's, "Endeavor" comes with its very own music video which is quite interesting and tells a story you might have seen from a music video back in the days when MTV still mattered.   The story begins with a woman, who we find out is a mother of two young girls, and how she seems to manage caring for them while still maintaining a life of her own.   I think society puts a lot of pressure on women in general to dress and act a certain way and it doesn't even consider how little time mothers have to adhere to all of these so-called standards.

In one of the early scenes the woman is seen walking down the streets and passing a clothing store which is pushing the latest fashion.   Later, she is shown helping her two young daughters put their shoes on.   If that isn't some kind of juxtaposition I don't know what is.   People expect women to look a certain way but most of the time they're more concerned with getting their children dressed than taking the time to look how someone out there thinks they're supposed to look.   It's all so strange and I, sadly, feel like it's rich men who put the most influence on fashion-- which shouldn't be there.

The woman- the star of the video- eventually finds herself in makeup and taking part in a stage show, which if it's a real show someone please tell me because I want to see it.   On the way home she falls asleep on the bus and that's kind of how life is-- it's so difficult and no one gives women enough credit for both raising kids and having a life of their own.   I see so many people in my daily life complain about how bad they have it but they only have to (barely) take care of themselves.    But, of course, as the song says (and I think we all know the answer) "I hope it's worth the endeavor".