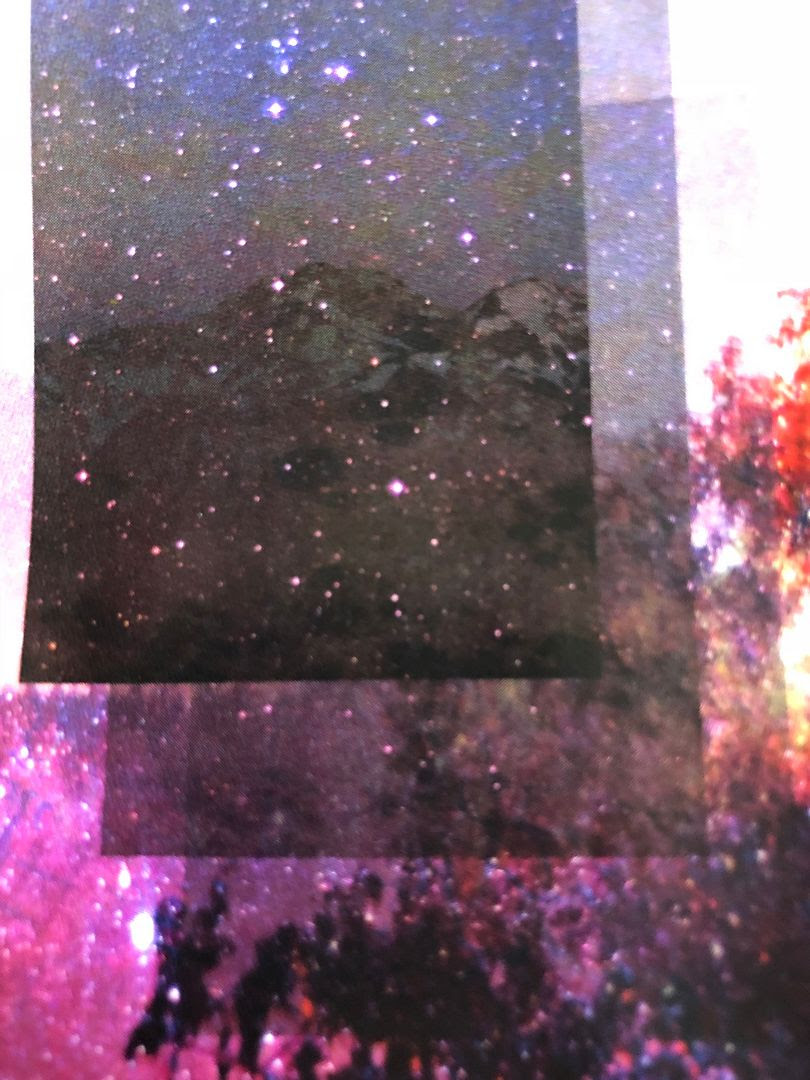 This cassette opens with guitar scratches and then it feels as if there is some demon being summoned- which also just might be the guitar strings- and then I can hear crickets.   It takes on this deeper, louder feel as if it was coming from a horror movie now.     The sound then begins to resonate through much more powerfully, shaking my speakers.   This takes us into dreamy guitar notes, which come through like the rays through slightly open blinds on a sunny day.

Guitar notes take on a driving sound now, somewhere between The Cure and Bush.   It also feels quite a bit like Smashing Pumpkins.    We screech on through into some distorted notes which take me back to thinking of Bush once again.    The layers of the guitars is what really makes this work as it comes together like a band sound.    It begins to feel like dramatic strings as well-- really serious now in the tones, coming through as waves.

From a carousel in space to the slow claps of the drum, this one takes on many shapes but stays within the same general realm of guitar noise.    It's chill, even when at its loudest.    Smooth notes come out like Clapton.    It feels broken as well.    A little of that 311 and/or Metallica sound.   Altered words come through- they're really deep like when someone makes a phone call in the movie "Scream".    Maybe even like Jigsaw, since his solo movie is on Hulu and it is approaching Halloween.

Quieter now, the notes seem to have settled.    It's like drifting endlessly through space.   Ultimately, we end up in this darker place where the notes seem to drop off.   The next song comes out with lasers and drones.    Sharp sonar comes through and it begins to grow a bit harsh where the neighbors could complain if you put it through your speakers loudly enough.     Loops come through like a swarm of robotic bees.    A frantic acoustic strumming follows.

The next series of notes remind me of Nirvana, from the "Nevermind" era.      This ends Side A and then we start Side B with a somewhat dramatic sea of drone.     A rattling in an urgent tone is out next and it just feels like it is growing and growing.    It's ringing through in waves now, like a sonic blaster.    We go into some true rock now which almost feels like funk and I can hear a little of that "I Put A Spell On You" song coming through as well, but it seems to fade out as quickly as it came in.

The pace almost completely changes as these upbeat guitar chords come through like some kind of indie rock band- someone like Rusted Root to an extent.   It's not just something that makes you take notice for this cassette- it's something which would have you focus on only this part of the song in general because of its sound.    However, it does eventually go back to that droning glow that we've become familiar with on this cassette.    The guitar notes pick up now and feel more like an indie rock drive.    This takes us into a slightly industrial sound with drums as there continues to be this hue droning on through the entire time as well.

A sharp burst takes us into lightsaber drone now.    This switches to that sort of hue distortion that I've always associated with Lost Trail.    Eerily we drift into space now and you can hear the bass notes come out with the whirrs.     From haunted to upbeat, desolate to hollow, these songs drone on until some guitar notes come out in a loop which once again takes me back to Metallica.    There is a certain amount of static as well, as it feels like a field recording, perhaps on a street somewhere.   Those rather upbeat guitar notes I compared with Rusted Root earlier have returned now.    Bluesy rock guitar notes bring this cassette to a close and what a ride it has been.   If you've ever wondered how expansive the sound of a guitar could be, this cassette should help you get a better understanding of that. 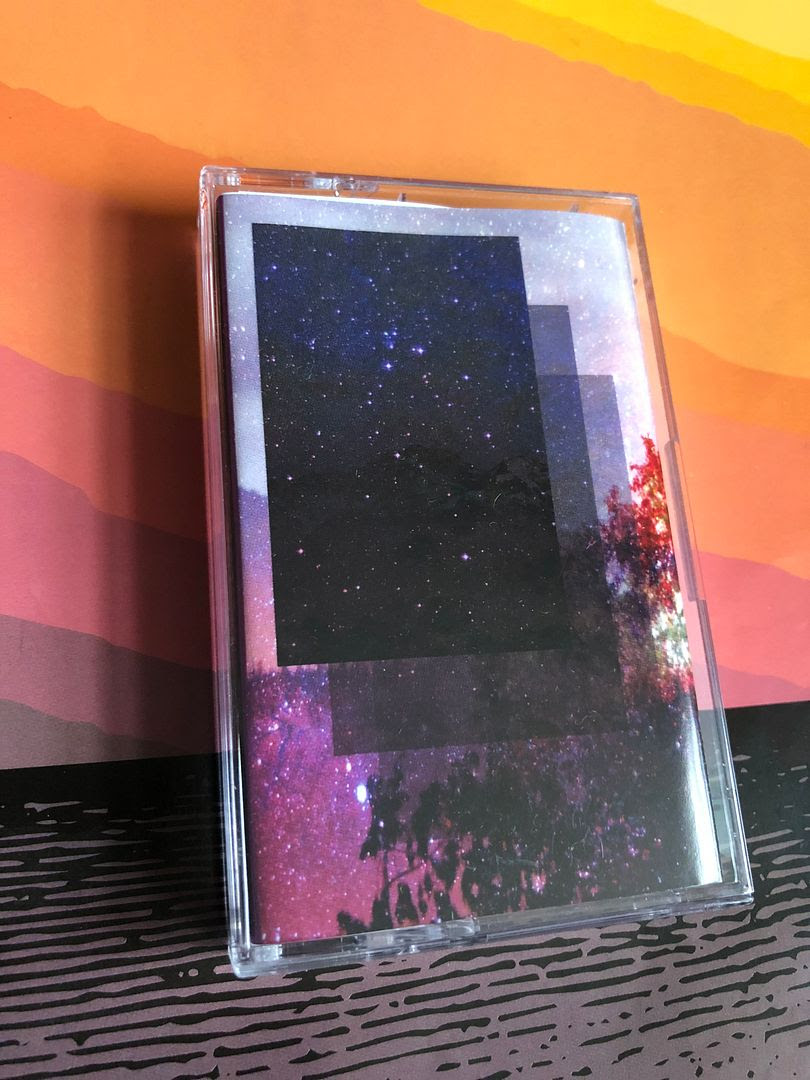 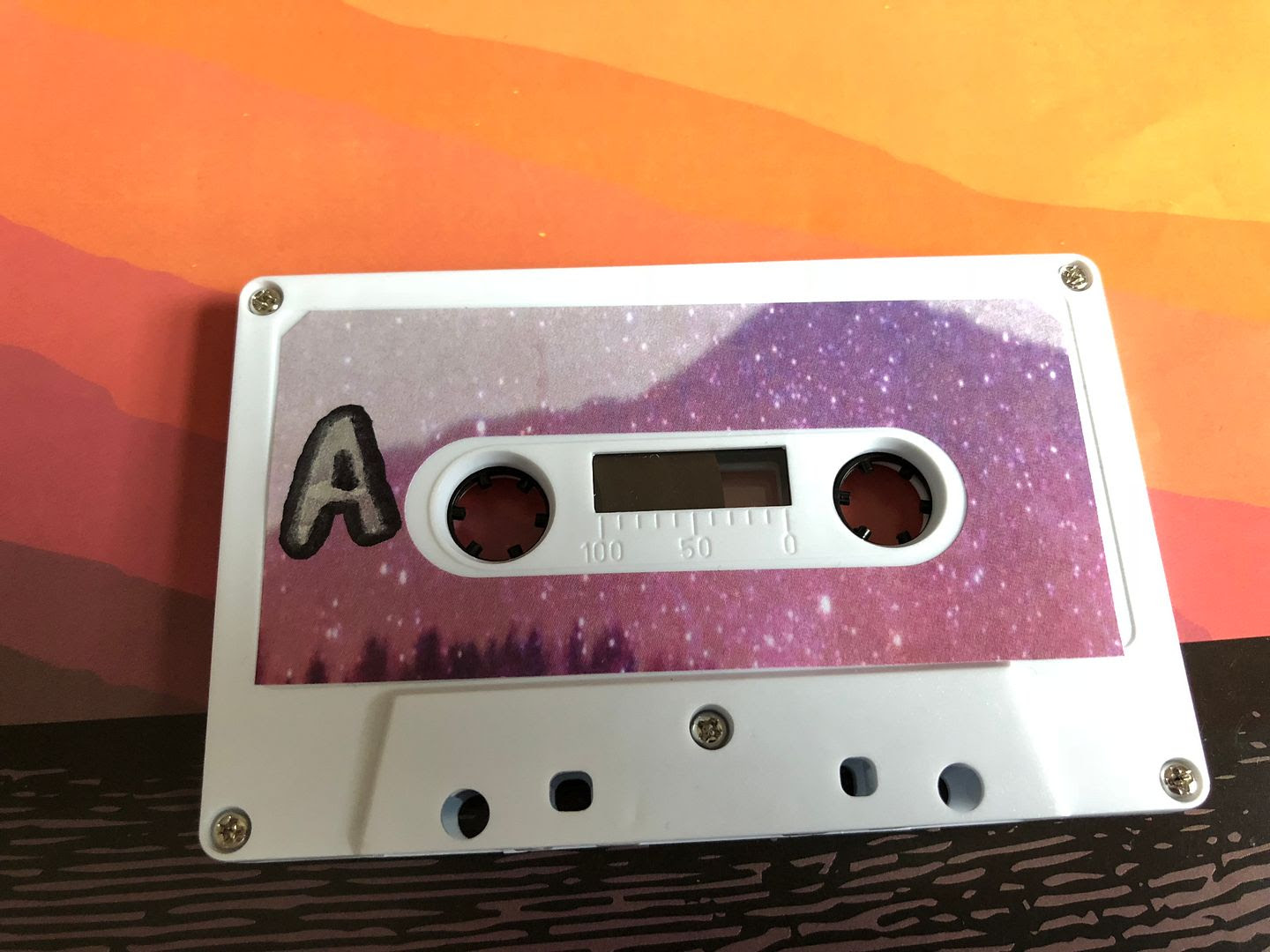 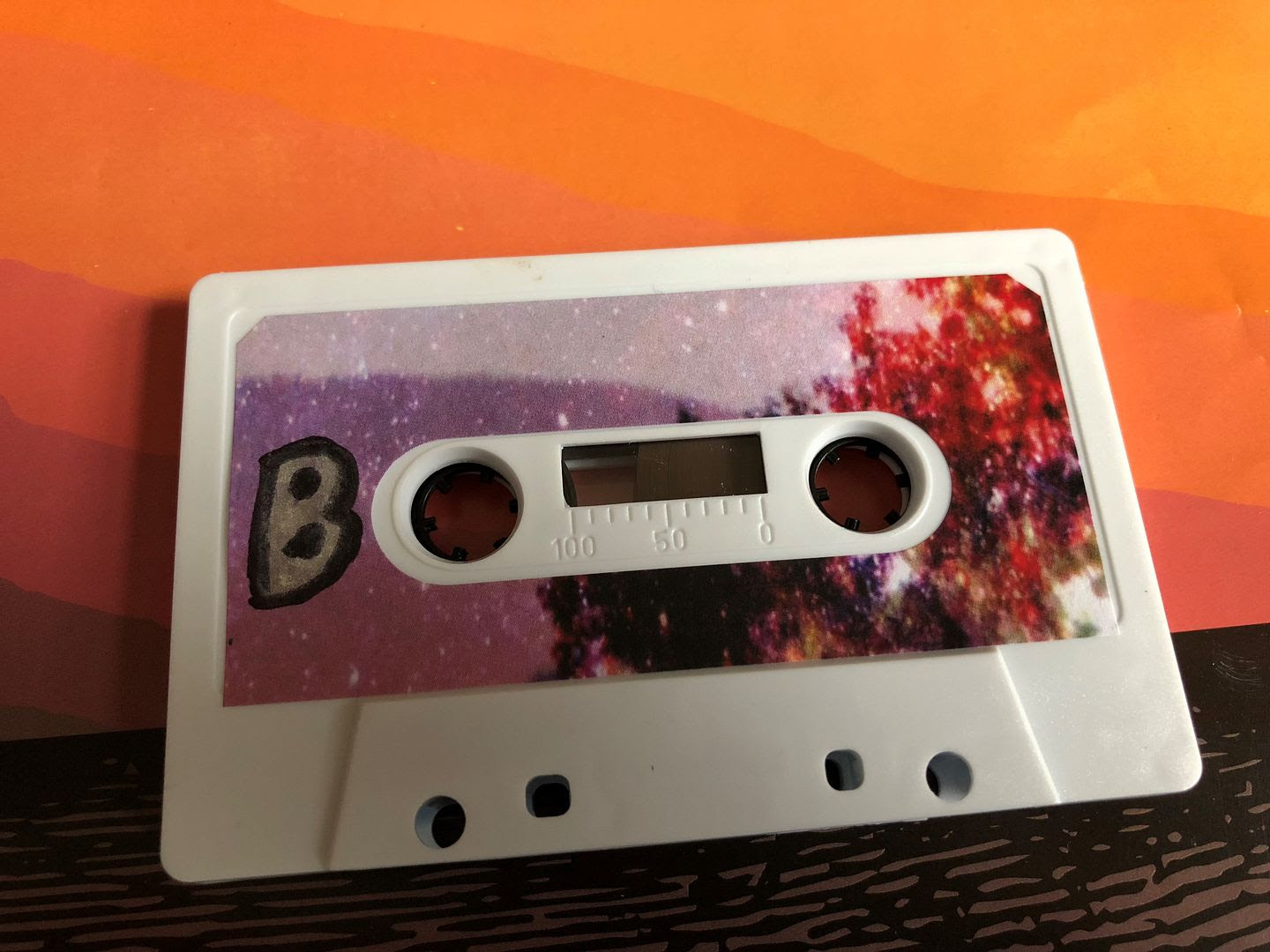 Posted by Joshua Macala at 3:04 PM