Music Review //
Brooks Forsyth
"So Much Beyond Us" 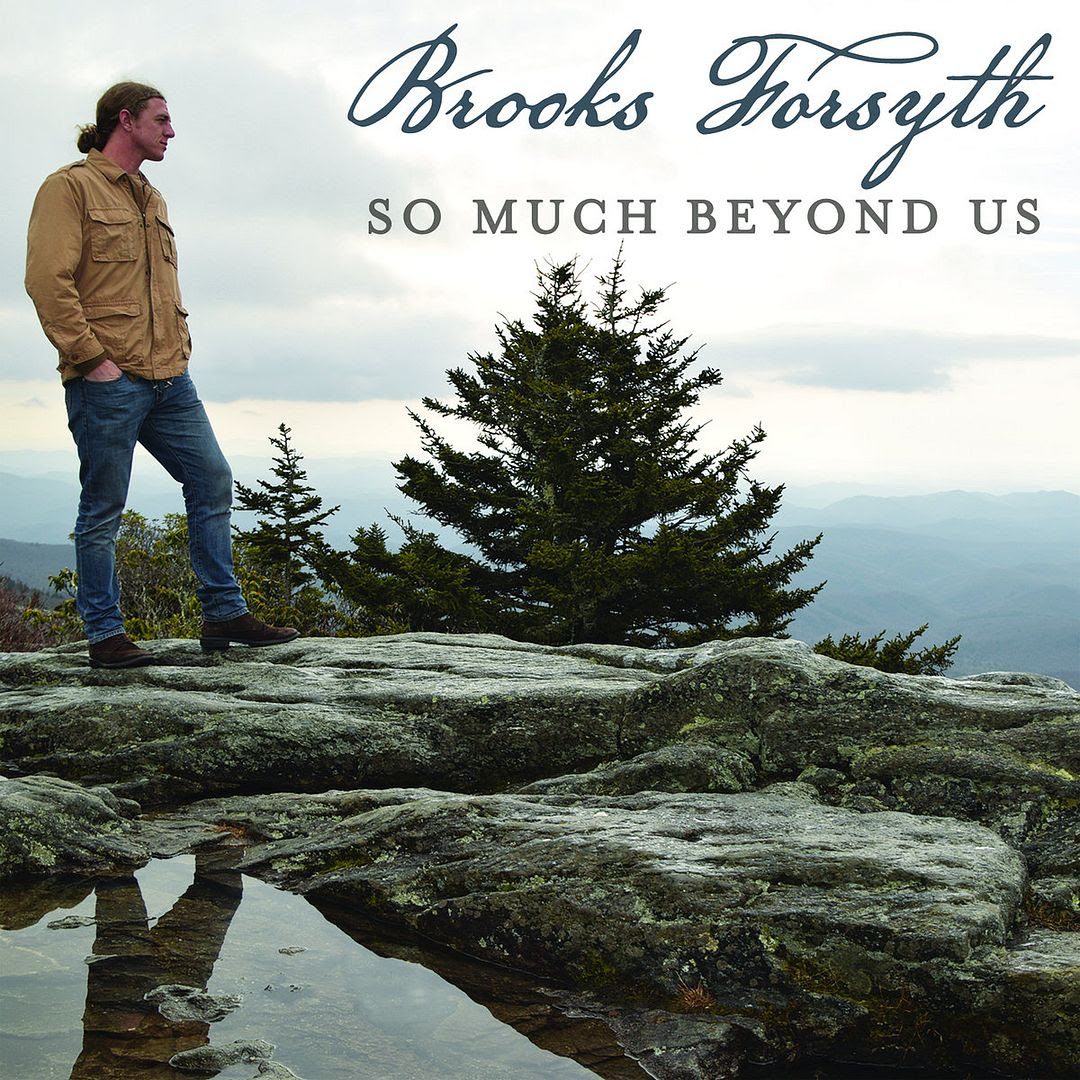 Brooks Forsyth is a great example of the old phrase of not judging a book by its cover, only in terms of music I like to think of it more in terms of a "one hit wonder" idea-- where you shouldn't base the entire feel of an artist on only one song (Though, admittedly, in the 1990's I was buying cassettes based solely on that one song I liked on the radio)   "So Much Beyond Us" opens with the titular track and if that was where your experience of listening to Brooks Forsyth ended you might think of him as a traditional type of country artist.

As the album goes on, it takes on more of a bluesy feeling than one of my initial impression of country.   A little bit of Bob Dylan, a little bit of Tom Petty, the songs can also sound like The Wallflowers and both the second and third songs seem to be about women, at least as far as the names are concerned and, well, who can't appreciate a good love song.  What I have to say about the country aspect of this is that there are undertones throughout but not completely.

See, from what I've heard of music that I'd call "country" and don't like, the artist seems to take on this traditional country sound (like Garth Brooks or Tim McGraw) and then they just kind of repeat that formula song after song to the point where every song on their album sounds nearly the same as the one before it.    That diversity, which Brooks Forsyth has mastered, is what makes this album so special.

By "Don't Come Around No More" I am feeling the comparisons with Johnny Cash and then "Blue Railroad Train" sounds somewhat like you would expect it to since it is a song about a train.    One of the most striking parts of this album is the guitar work, especially on a song such as "Restless at Home, Lonesome of the Road", as it has this sort of rambling feel to it.

What I enjoy most about "So Much Beyond Us" and why I hope you would listen to this album as much as me is that each song seems to tell its own story.   I don't like to confuse fact with fiction (if I can help it) but there is this great movie called "Walk Hard" and this album kind of reminds me of that, though Dewey Cox is really a combination of several real life musicians and in that sense Brooks Forsyth has this character where he is more like a combination of a great blues musician, a great rock n roller and, yes, even a great country artist.   The way these songs can change it up makes me think of the greats and it seems like Brooks Forsyth could be among that conversation one day.

Posted by Joshua Macala at 3:03 PM