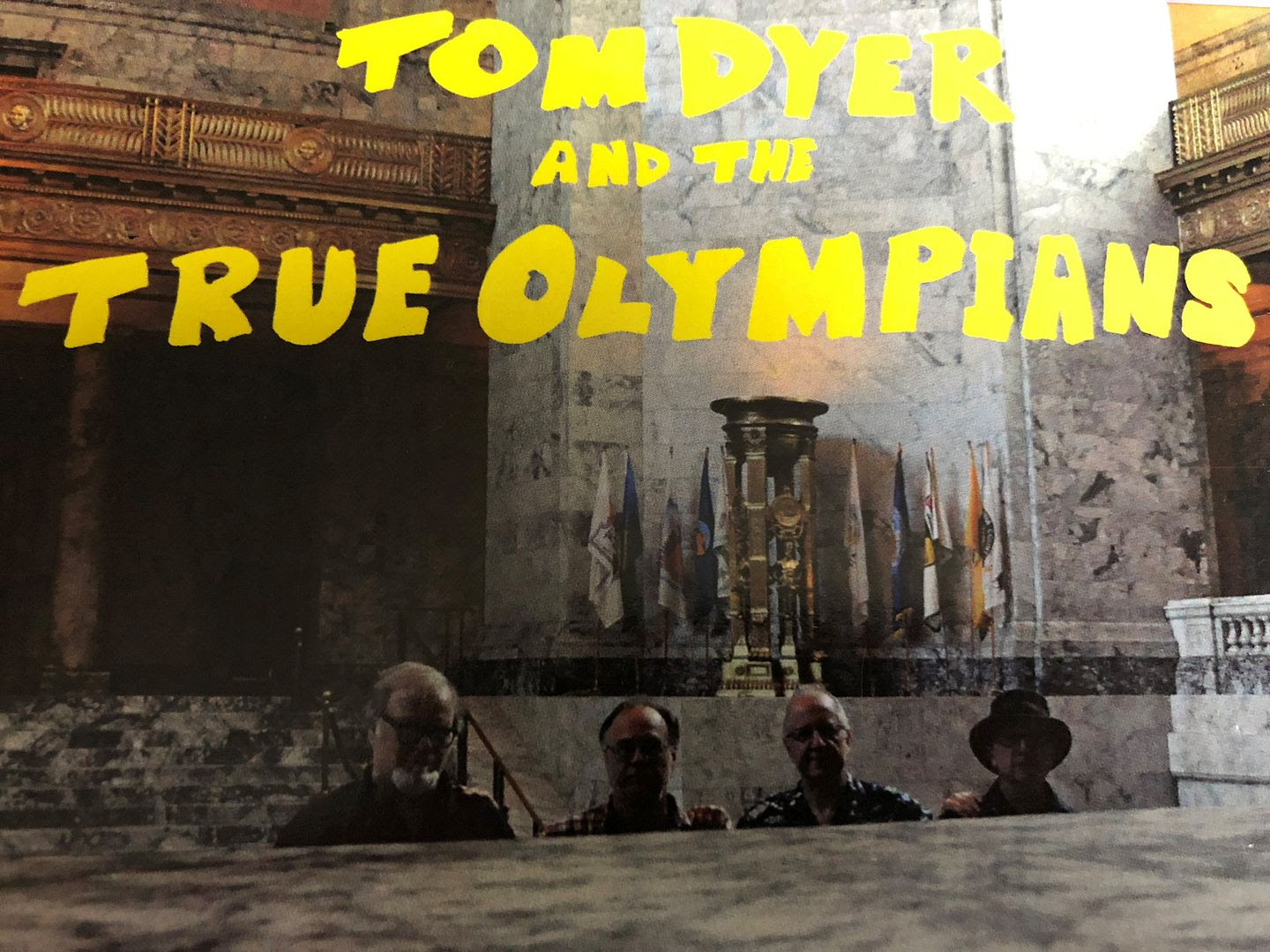 Tom Dyer is a bit of a folk hero at this point in my life.   Singing the songs others dare not sing, Tom Dyer has a style that reminds me of watching that Bob Dylan movie, you know, the one where all those different actors played him throughout his career.  Though the music of Tom Dyer (here with The True Olympians) isn't quite the same, that grassroots, blue collar type of mentality behind the songs still rings true.

At first I hear elements of They Might Be Giants, who I primarily know because of "Animaniacs" and their albums for children.    Various levels of influence throughout rock music come out and there are laser guitar riffs as well.   Through jingle-jangles, "The Grey" has a certain marching rhythm to it where it makes you want to fall in line.  Though it might be a reference not everyone gets, Tom Dyer and the True Olympians also resemble Mystic Spiral to me a little bit.

The song "Hang Up" has this driving/highway feel to it, somewhere between Steppenwolf, ZZ Top and "Radar Love".   It also becomes fun to sing along with the numbers- 9432 657- the more times you listen to the song and I think that's kind of the point.  (But maybe other people don't care as much, as I, myself, just happen to love numbers)   The third song is about Donald Trump and the thing is... I don't really like to discuss politics- I like to keep it separate from the music- but at this point I feel it has grown so bad it's okay to discuss.

Back when I had music submitted to me that was either straight edge or vegan or just religious I felt like it was dividing people and I wouldn't review it because I felt like great music needed to be all inclusive.   The idea that this is the same though kind of doesn't apply here because a) if you support Donald Trump what the fuck are you doing on my site and b) It's not really "unfair" if you choose to alienate Nazis and the such so at this point songs against Trump are all inclusive.   Plus I just have a general disdain for the government and authority in general, so songs against them should always be tolerated to that extent as well.

We jump from a song about random acts of kindness, showing off the storytelling power of these songs, to a song that combines those earlier classic rock feels (such as Steppenwolf) with pieces of Duran Duran and Rush (that song being "In The Light")  "Wibblin' For Jesus" has that southern gospel feel to the point where I can feel myself in tent just by listening to it and, yes, it's also kind of goes against what I typed in the previous paragraph but it isn't really a religious song except in the way that all songs are religious somehow.

"Another Counting Song" has psychedelic elements behind it and, well, it's got more numbers so I'm heavily into it.    The last song, "Over", starts with that emergency broadcast type of siren and then turns into these huge, chunky guitar chords.   It reminds me of The Doors' "This Is The End" but only in the way that they both have that final sense to them.    It's hypnotic and you'll be surprised how easily a line like "When it's all over then it's all over" will get stuck in your head.    My bold prediction is that one day Tom Dyer will find his name in the same conversations as Bowie and Dylan, Tom Petty and Bruce Springsteen, because I definitely see it so it's only a matter of time before everyone else catches on as well. 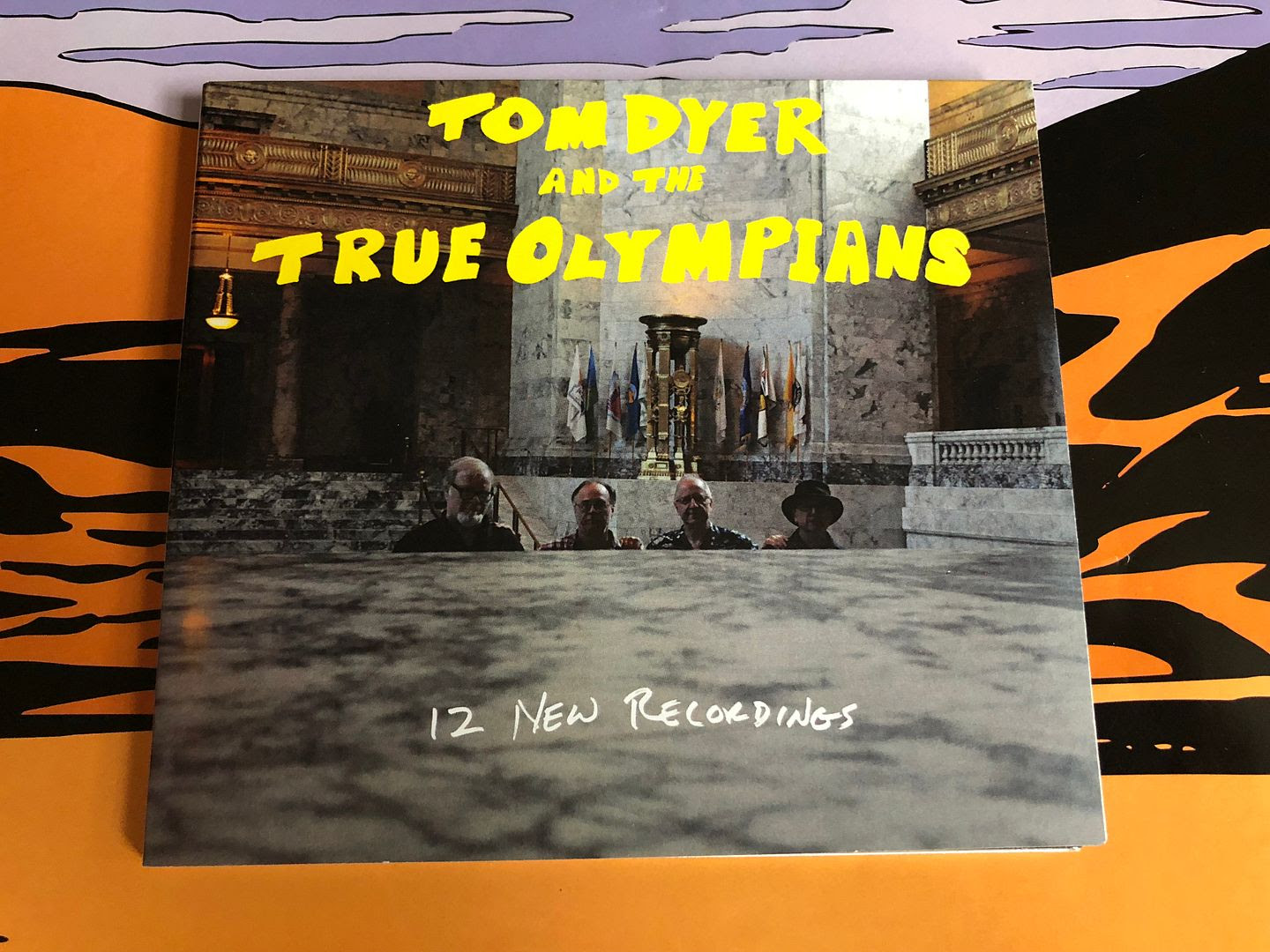 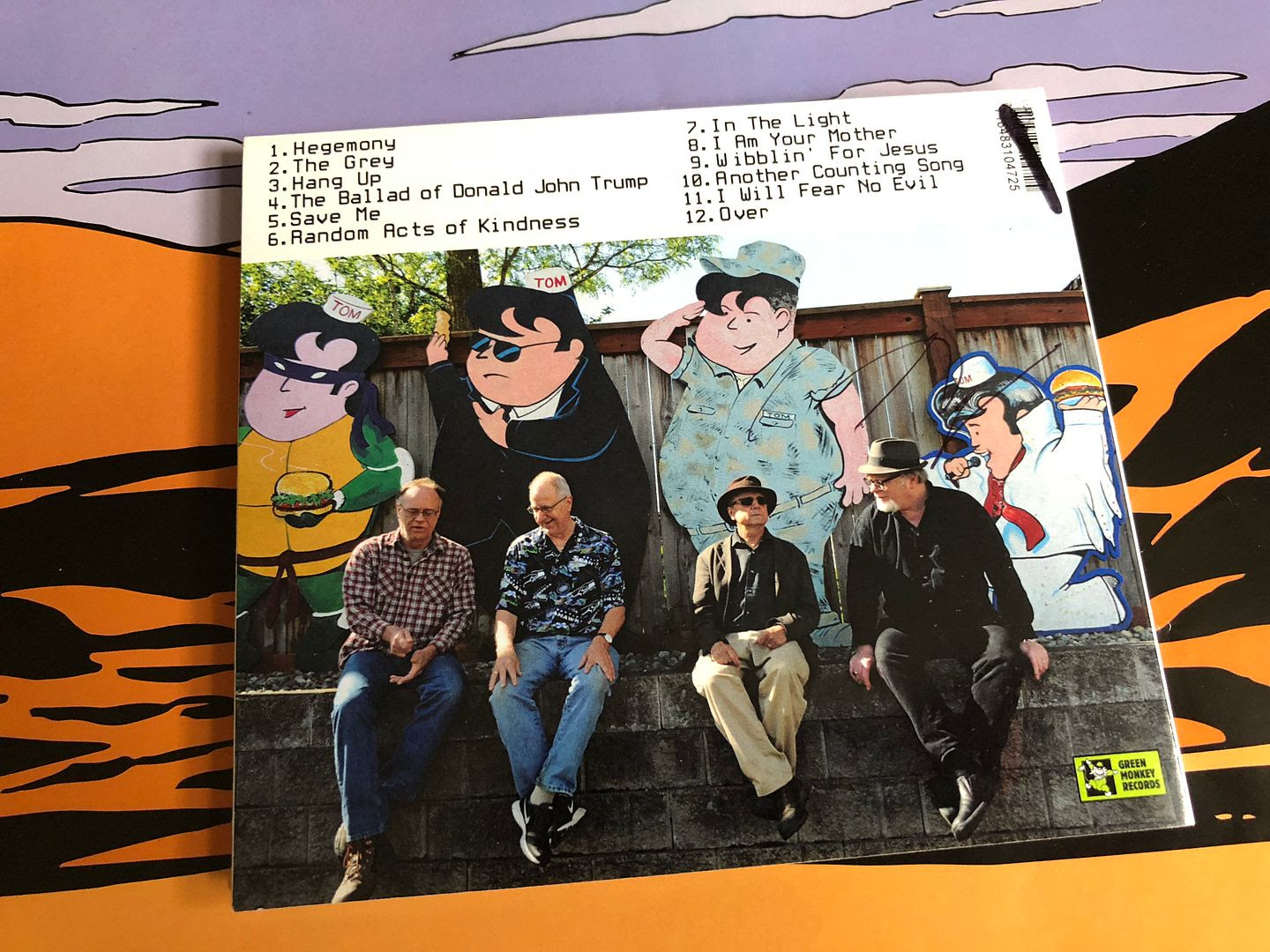 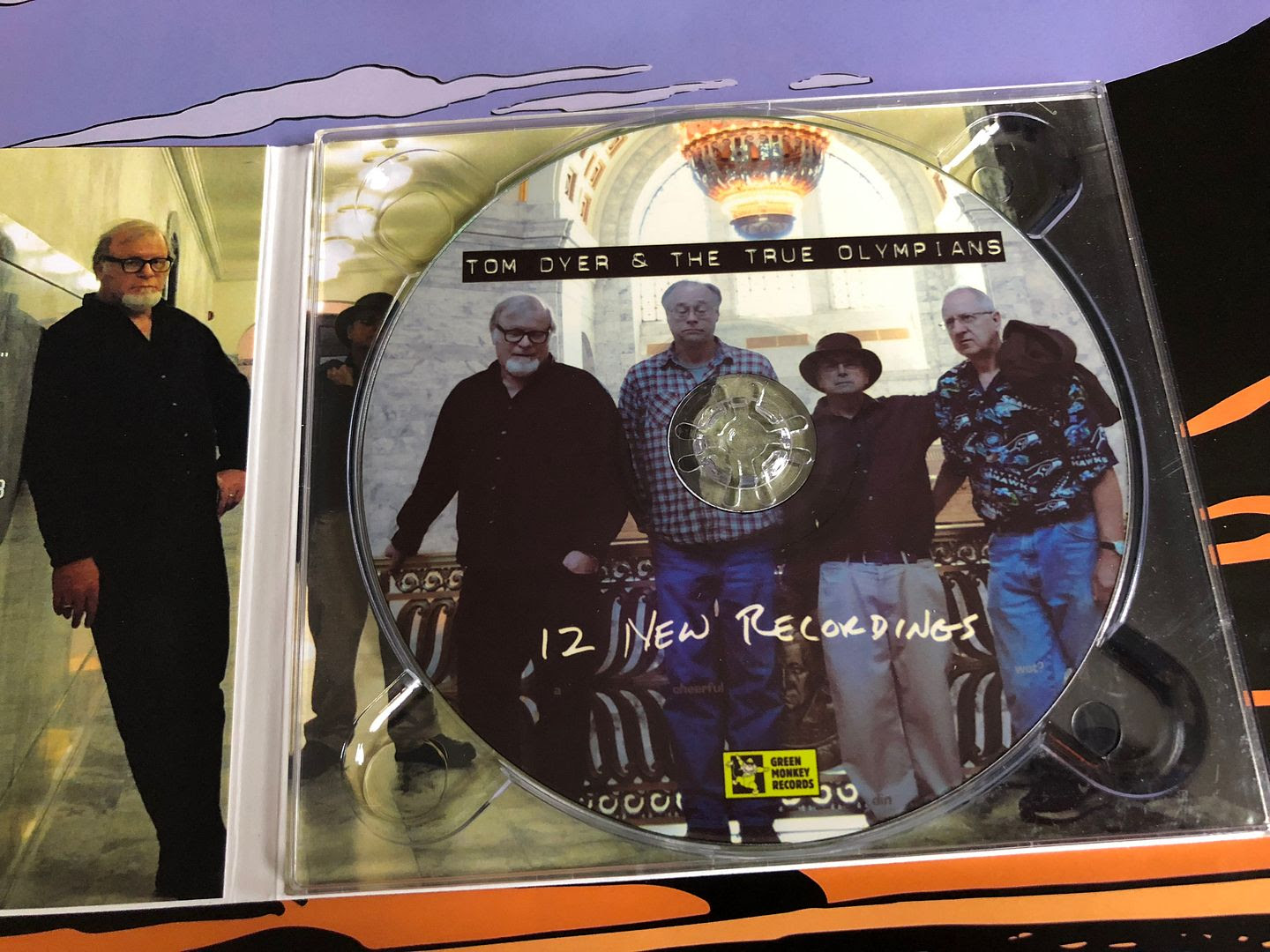 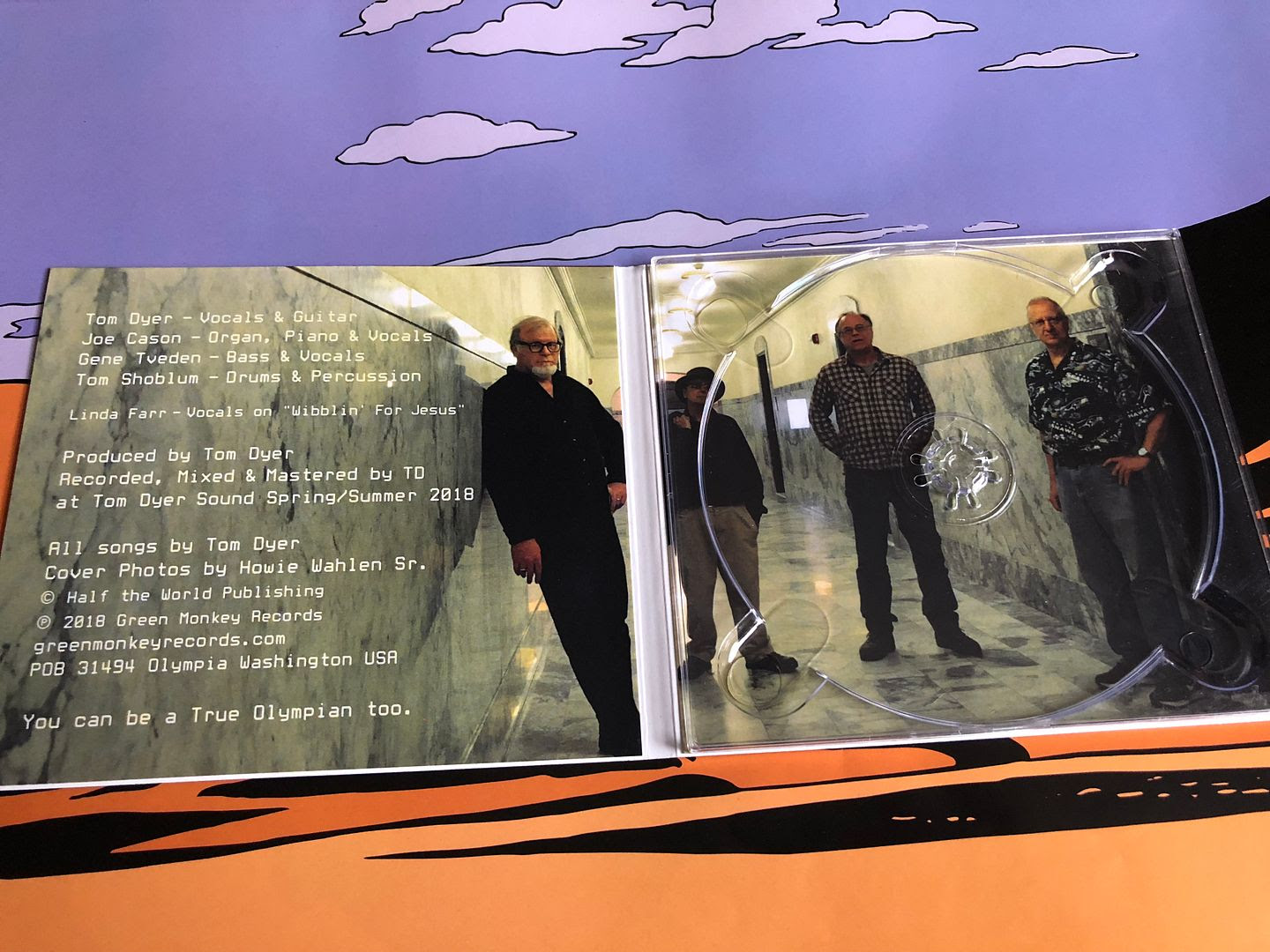