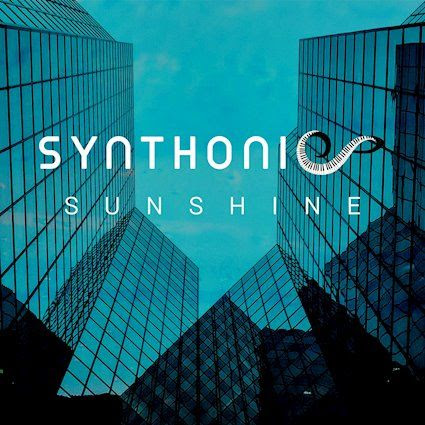 You know I'm serious about an EP when I send you to Spotify to listen to it (It is the only way, I promise)   The titular track begins this EP and it has a lot of guitars and electronics.   It feels like a video or something from the 1980's/early 1990's and I want to say it reminds me most of "Double Dragon".   Vocals do come out during the first song and they have this robotic element to them which makes me think even more of the '80's.

The way these guitar notes come out though there is a jazz influence here.   This is one of those albums where I could imagine it being played in a dimly lit, smoke-filled club as a jazz band would improvise just as easily as it could be some kind of wonderful outerspace soundtrack to either a video game or real life.

On "Groove Report" you can just feel the weight of that hum/buzz come through with those keys.   It has a bit of a funky rhythm to it and perhaps resembles jazz more than the first song but still, it could be a video game soundtrack somehow and I love how the two concepts seem to blend together so easily.    The way these electronics whirr on through is just something you have to hear to fully appreciate as well.   I do enjoy walking around listening to this music as it seems to set a pace to my feet.

"Come On, Get Up!" has more beats to it where it feels like it's a boss fight if it was a video game.    The drumming and bass really stand out as it slides into a groove which makes me think of something like "The Love Boat" and Peter Frampton.   "Take It From Me" is a little bit more somber, more chill as the highhats do their thing over the electric organ tones.    This is also one of the two songs on this EP with the robotic type vocals coming out as well, the other three songs remain instrumental.

A flurry of drums, cymbal crashes and then funk opens up the final number, "Head Banging".    This song really seems to combine a lot of (if not all of) the elements from the previous songs where it has heavy percussion, keys/organs, those wah-wah's and just that overall feeling where this could either be jazz or a video game.   It's a fine line to walk, really, and Synthonic does it so well that you really cannot deny that this is an excellent jazz EP but if the opportunity should present itself I could see it just as easily being a perfect fit for the right video game.

Posted by Joshua Macala at 2:13 PM