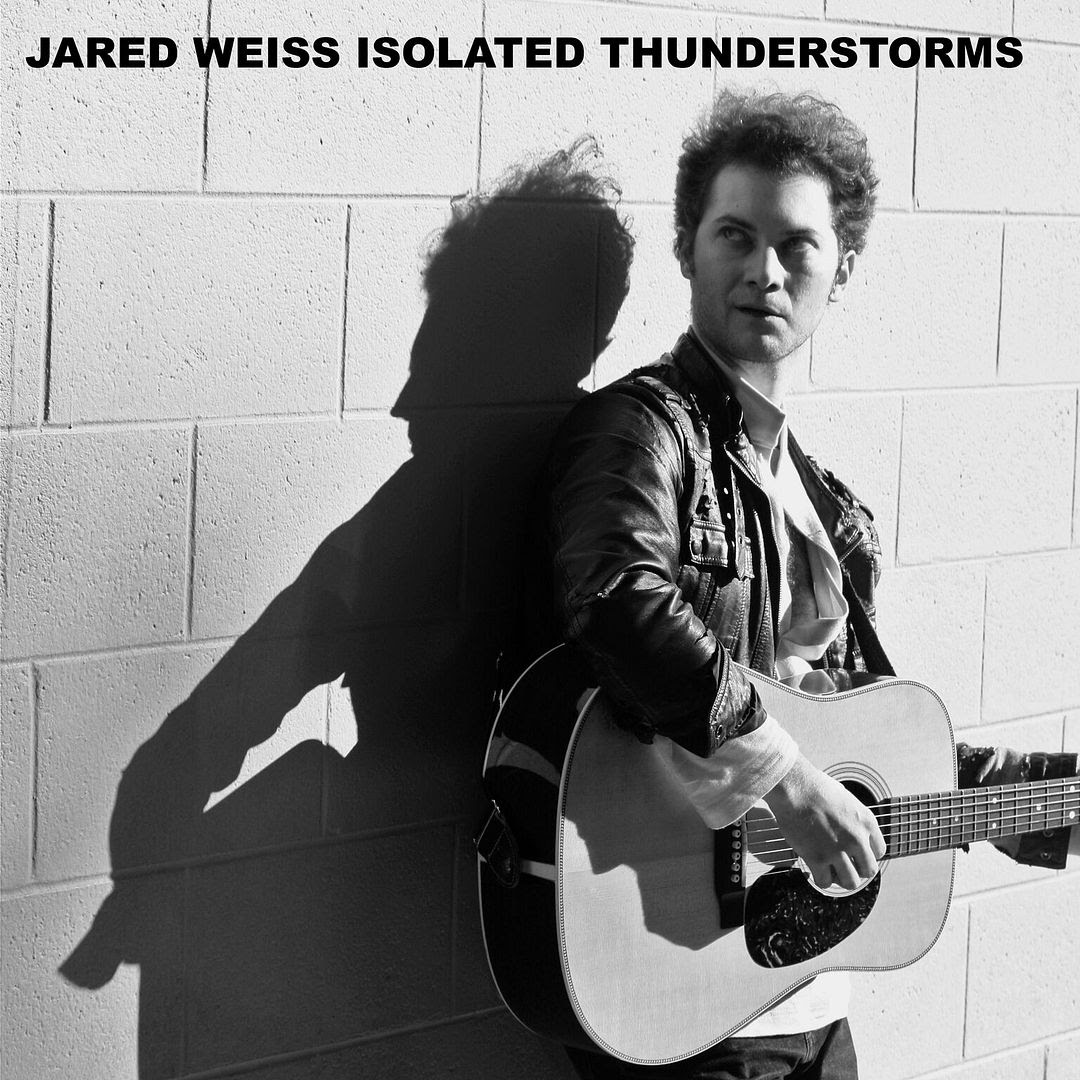 
"Isolated Thunderstorms" begins with the titular track which has these bluesy piano keys to it and is just an overall pleasant song that should draw you into the rest of the album.   By the second song, the harmonica comes out and it's more of a love song with acoustics like "Desperado" as well (that classical guitar) but it has me feeling like this one has some strong mix of Jack White, Tom Petty and Billy Joel.    But it really does feel like Jared Weiss has found his own voice on these songs, on this album.

"Get Out Of My Head", the third song, opens like some sort of musical and with the lyrics and the way they come out I feel like it could be.   I also can hear a bit of The Rocket Summer in here, which is nice, as the piano plays along with what could be on Broadway.    On the fourth song there are more guitar strums like R.E.M. but then there are also these organs within as well (and that harmonica) so it's just got that southern gospel blues quality I feel like we don't hear enough of these days in a genuine way.

Now on the fifth song, "Can't Remember Your Name", the title of the previous song comes back into the lyrics and it's kind of a nice nod to maintain the theme throughout the album.   There is also this vibe of an acoustic Led Zeppelin song going on as well.    "Isolated Thunderstorms II" has that "Killer Queen" feel to it while it pulls together the weather outside because as I'm listening to this it is the first official week of Fall and as such it has been raining and cold for most of the time.   Summer really left us with a slap in the face I'd say.

"Julia" has more of a 1980's feel to it where it could be like that "Send Me An Angel" song, which is an interesting tale of falling in love with the wrong person, which I think we can all relate to based on past experiences.   This does go into a song which reminds me a bit more of Billy Joel (again) or The Fray perhaps, but Jared Weiss does sound more like the classic artists than the current ones, which is actually what I'd prefer.   "Saving Tomorrow" seems to bring up more hope than the song before it, which was rather sad.

"Reni" comes out with strong hints of Dylan and rambling guitars bring out the final track.   Though a lot of the lyrics on here seem to be a story of trouble and hardships more than anything else (and if you read the story behind them, you'll see this is true) I think that by the end of it all you are left with a sense of hope and that is important.   A lot of times, artists just make songs that represent their struggles but never show that light at the end of the tunnel.   For far too many reasons, both personal and general, we need that hope now more than ever before.

Posted by Joshua Macala at 2:11 PM