Cassette Review //
Mayor Daley
"Out Of The Blue"
(Fine Prints) 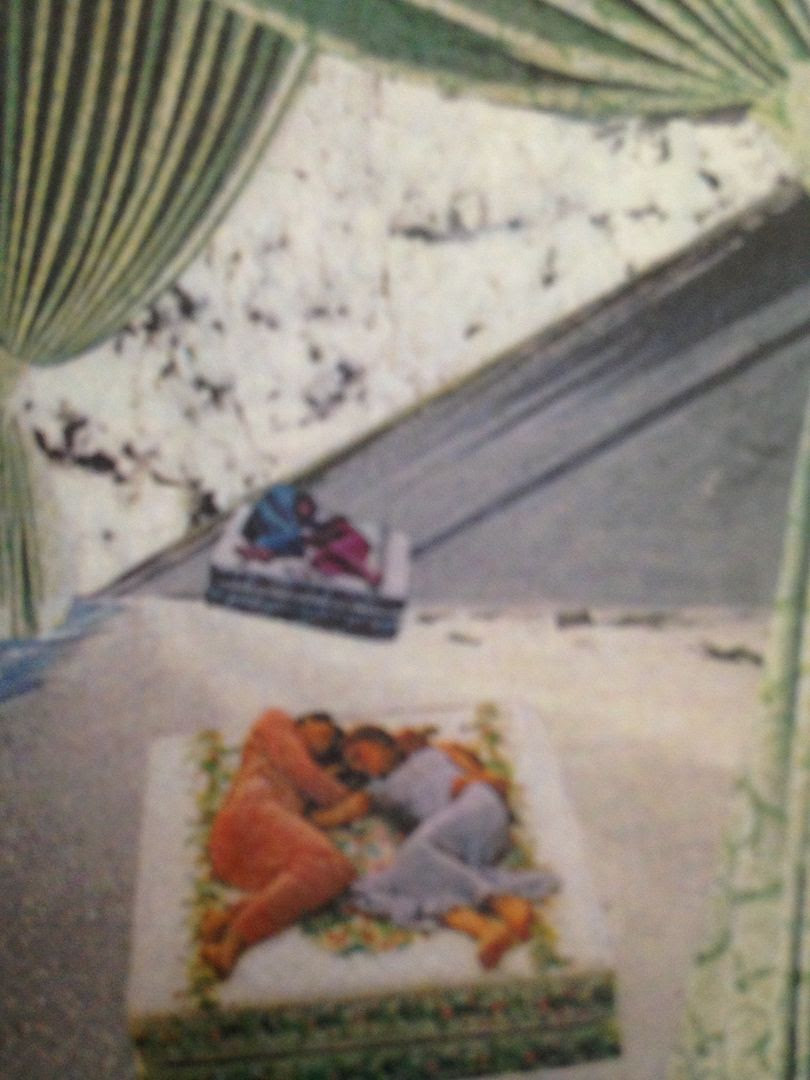 Right away, you will hear the Mayor Daley is metal.   Their sound is metal so much in fact that it can become hypnotic.   I want to take you back to the 1990's when things were better and say this has that feel between something like Sprung Monkey's "Situation Life" and Orange 9mm's "Tragic".    There are obvious nods to Black Sabbath and then it can also get more grinding, with killer stoner/skating guitar riffs.

As I begin to think that this sounds like Liturgy, I then begin to hear The Doors.   From there, it takes a turn for that grunge sound, like Soundgarden, and somehow it eventually will even remind me of Pearl Jam.   Just remember how Soundgarden sounded once and you'll somewhat get an idea of how all of this is coming across.    But it really just feels like something from the 1990's, which is great.

Back in the 1990's I had this radio show.  I went to school where they basically taught me how to be a DJ and at the same time they gave me a radio show which aired in like California at some odd time in the morning or whatever (So they told me anyway, I never had a way of really proving it, always messaging people on AOL who'd say they'd listen and I'd never hear back from them)

So one day I actually had this band on my radio show.   I'm not sure why, but it always bothered me because they'd always put me in this little booth like the size of a closet but when the band came in they put me in the big studio with this other guy who thought he was a big deal and told me not to talk over him.   It felt like, looking back, they had never had anyone interview a band there before so it was a big deal and at that point I should've realized I was already meant for such bigger things than there.

All of my old radio shows are on white cassettes in my parents' attic though, probably with that CD as well by that band that even if I told you their name it wouldn't matter but I think people will have a similar story somehow or something in their life like "Yeah, I saw this band open for Jimmie's Chicken Shack once" or some other headliner "and that's what this reminds me of too".    Music is about finding that connection and with Mayor Daley you will find it and it will be special to you and no one else. 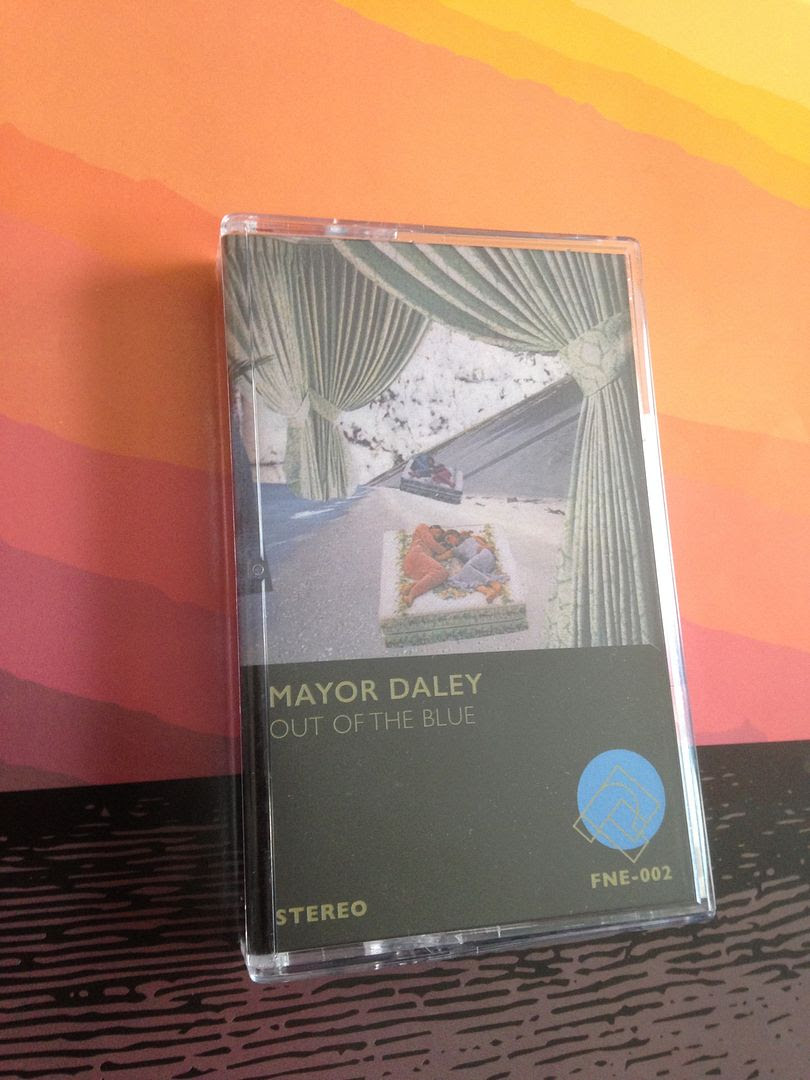 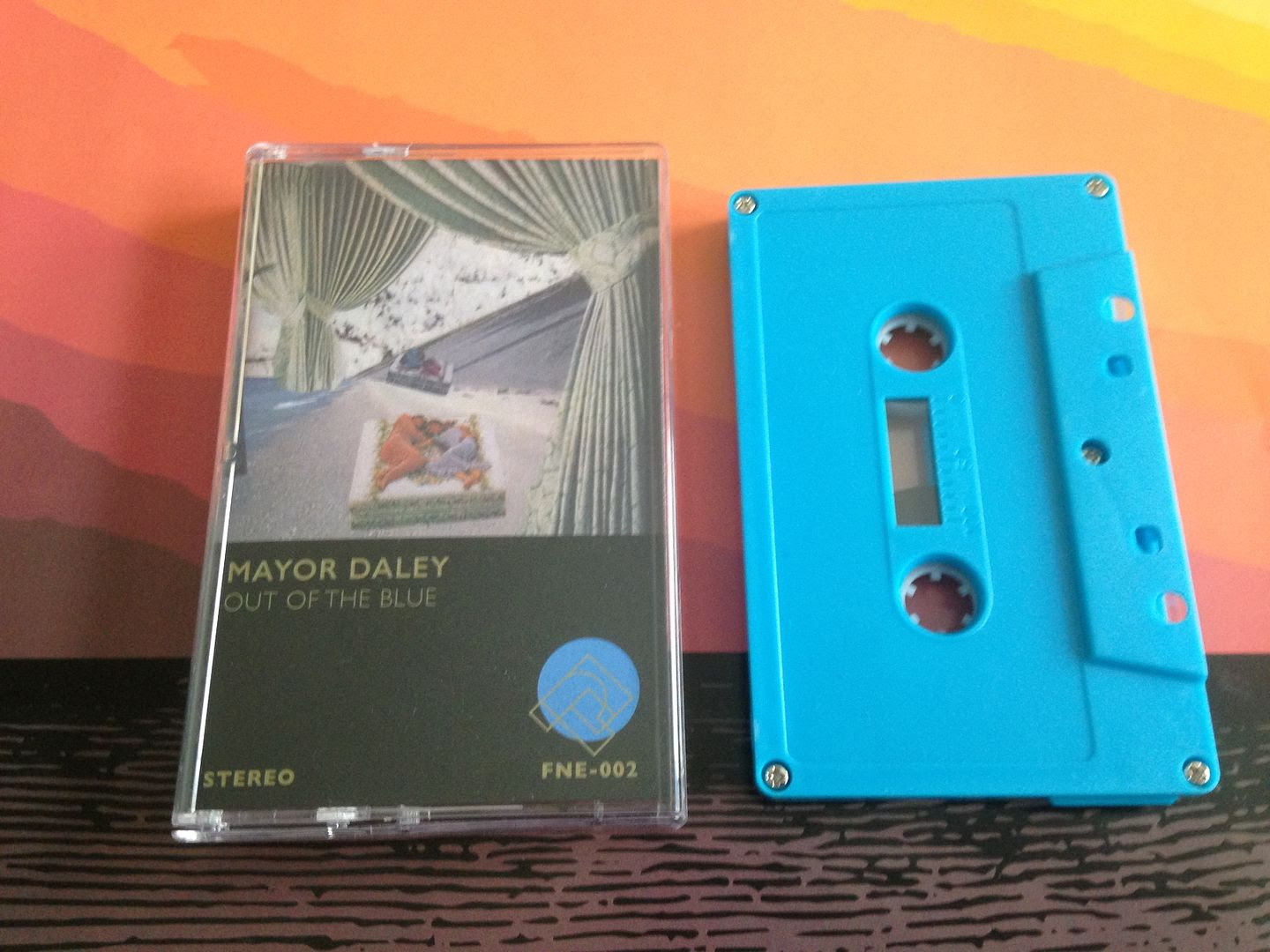 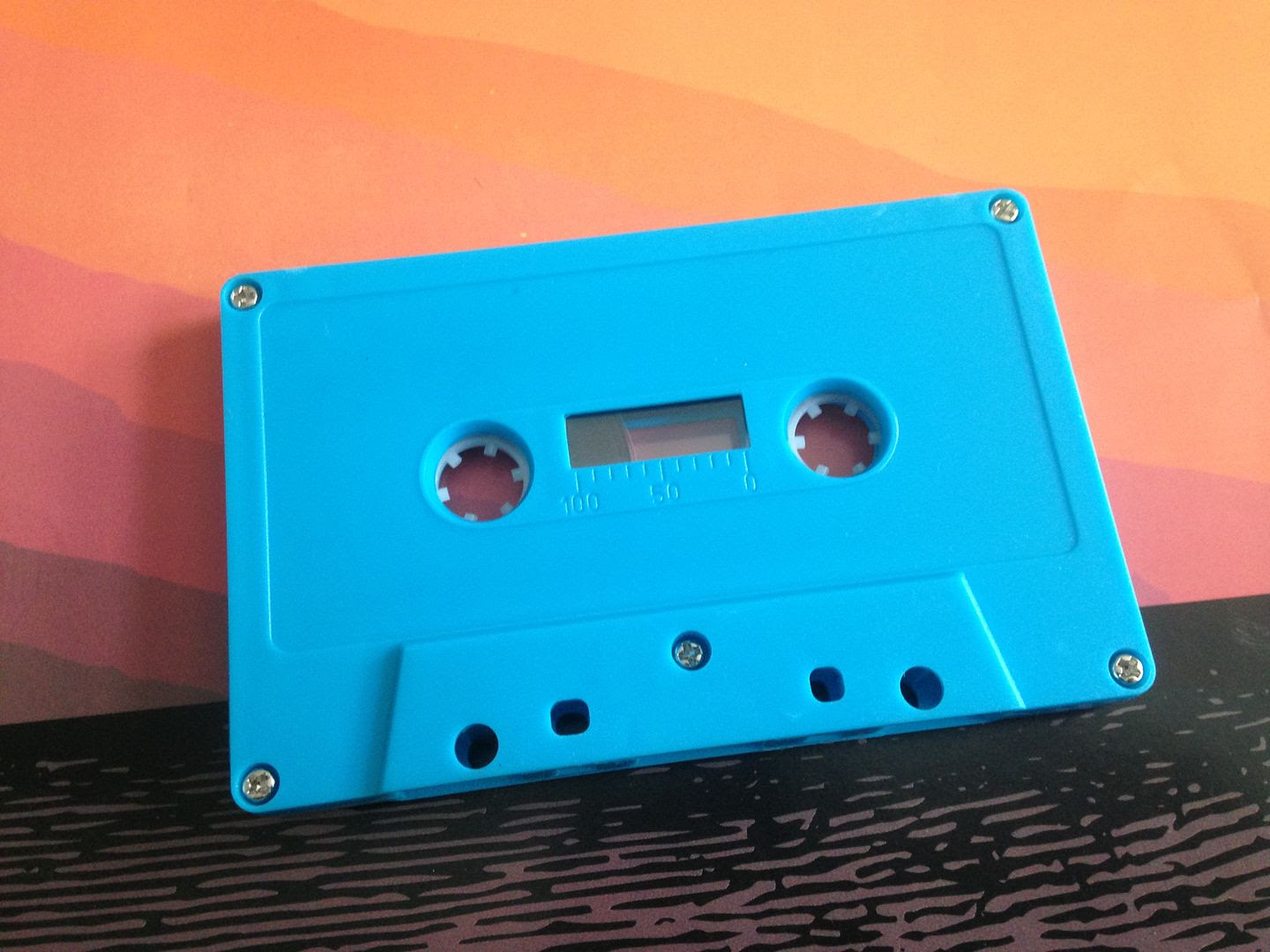 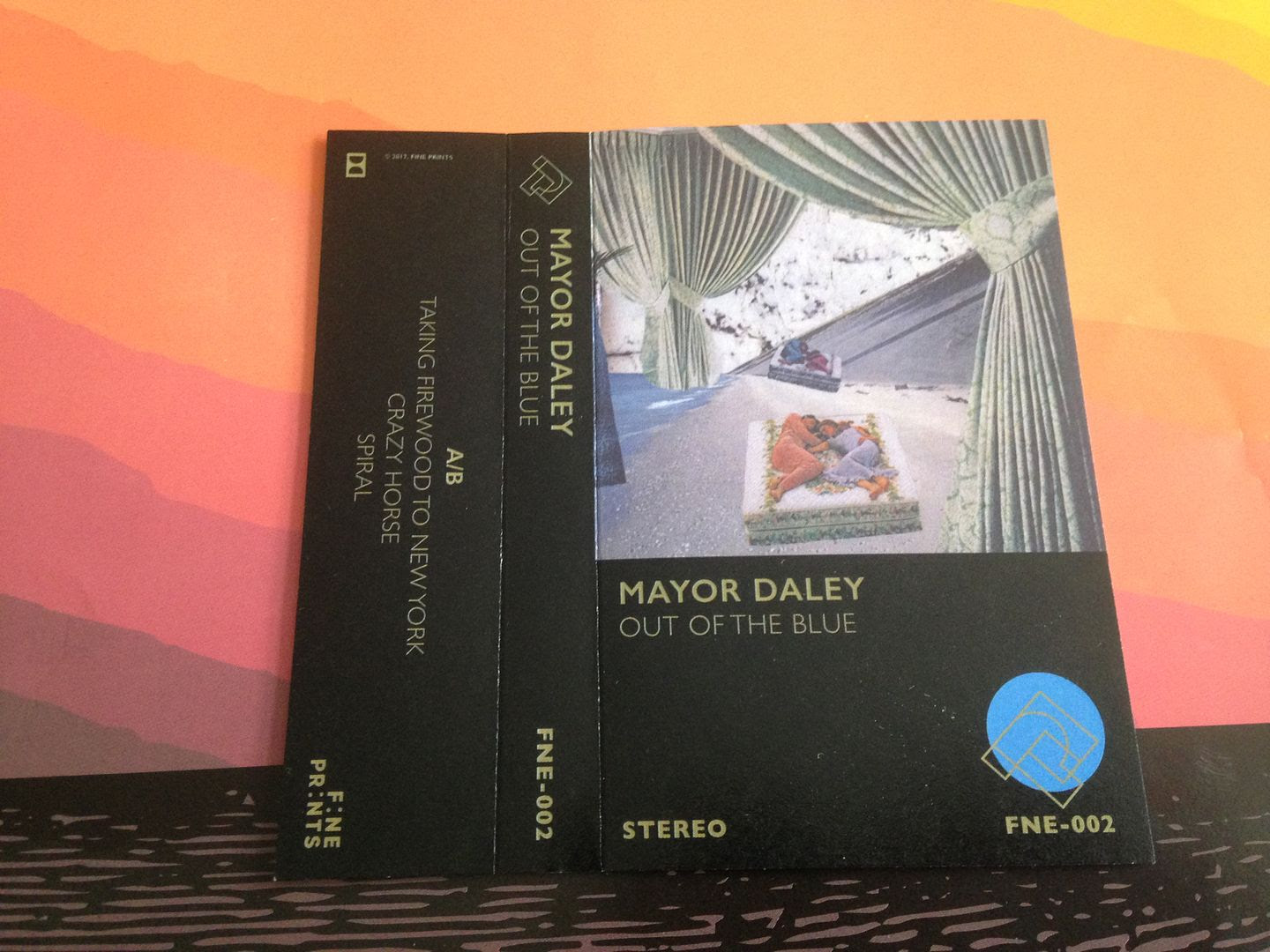 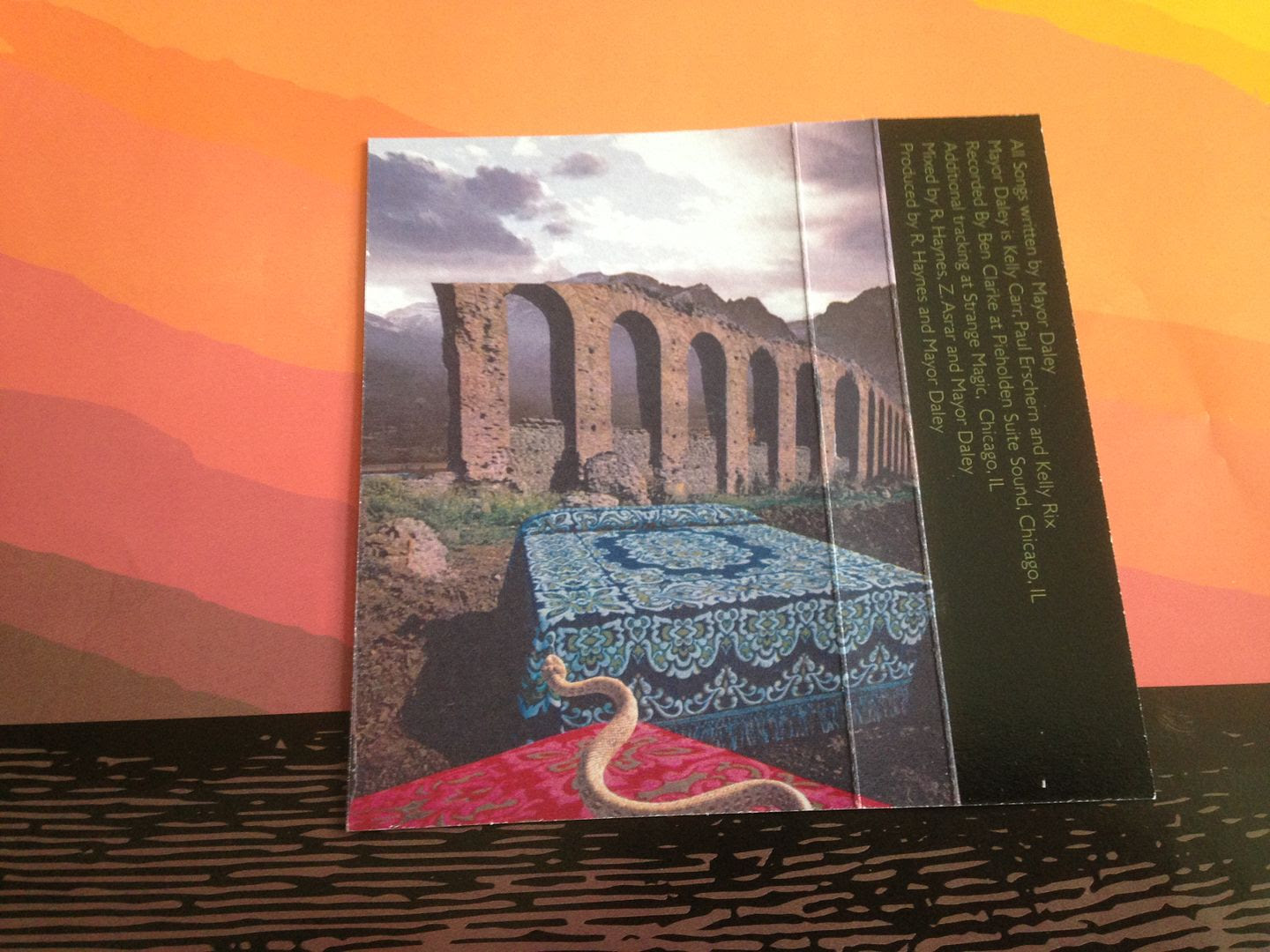 Posted by Joshua Macala at 2:14 PM