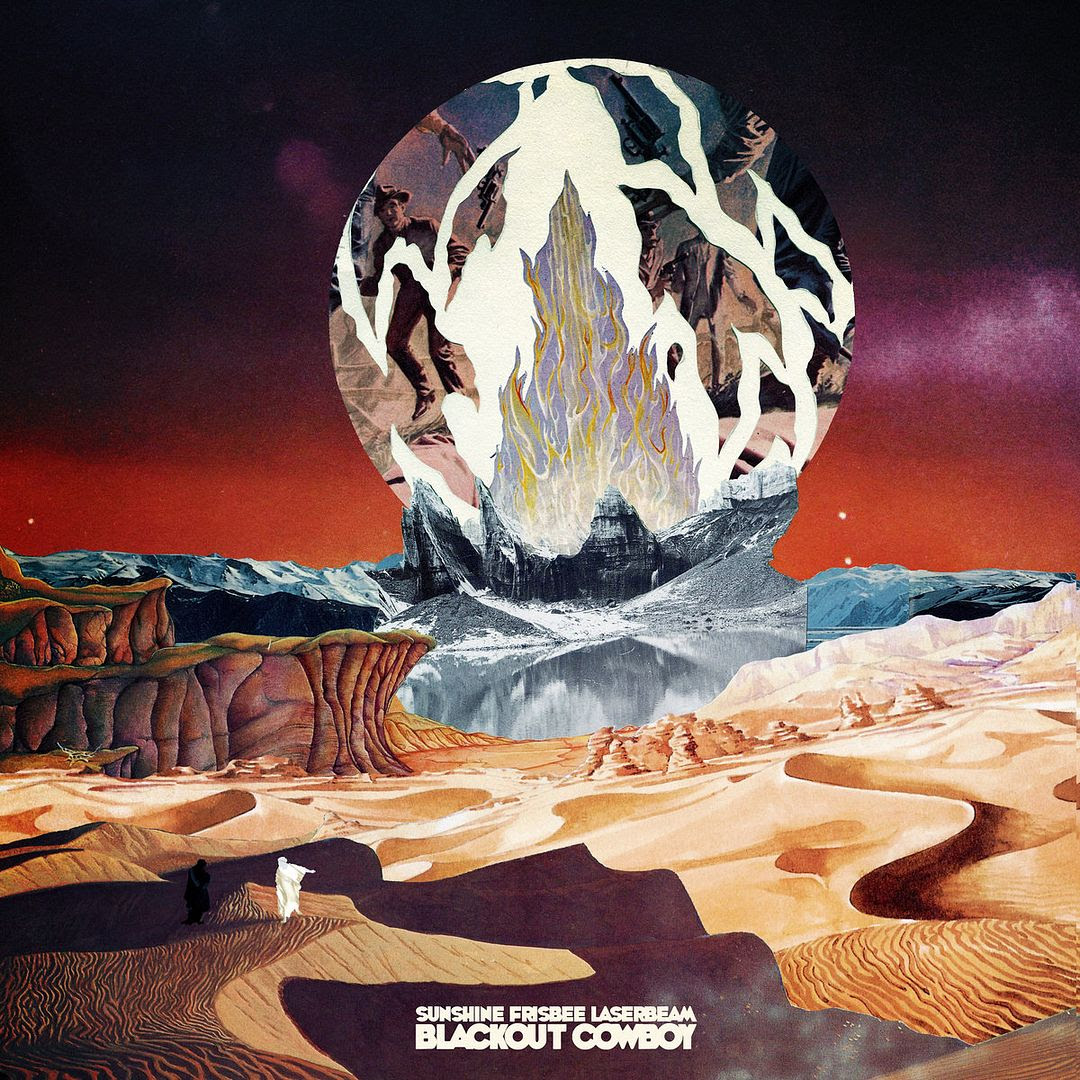 While I'm not always sure how to describe the music of a band such as Sunshine Frisbee Laserbeam (Which, yes, is a name that would look great on a t-shirt) I always tend to like it.   SFL have this quality where they feel like something out of the 1990's and in that sense also, they sound like one of those bands that would've had a big radio hit back then (possibly) but then all of their other songs were so much better and remain so much more appreciated now.   You know, like a band such as Nada Surf, for example.

With rock n roll at the helm, SFL bring out elements of Poster Children as this is a high energy experience.    There are bits of older Foo Fighters in here and there is just that general feel of it being somewhere between QOTSA and Pinback.   It's a louder, faster Damn Personals and yet "Meatloaf To The Camera" (perhaps my favorite song on the album) has a lot of melody to it.    I can say that it reminds me of Dandelion but does anyone really even get that reference anymore?

There are punk roots to these songs and they also can remind me of Supergrass.   On the titular track there is the line "Everything looks bad if you remember it" and after hearing it you will be singing along with "Blackout Cowboy" in a whole new way (Something I haven't really done since the Subsonics' record "Flesh Colored Paint")   This should also be played loudly, which I do despite what my neighbors think, as it just has that big arena feel to it.   I just wish there was a better way to describe it, a more definitive comparison point, but SFL just seems to be carving out their own rock n roll legacy.

"MK Ultra" has these great sing along guitar riffs, you know the kind where the notes go along with the words.    For me personally this sounds like the type of album where the year would be 1995 maybe 1996 and I'd have a CD in my collection that was either a soundtrack or just some sort of compilation and I'd think "Oh, I should listen to that".   Then I hear a band on it years later (like Straitjacket Fits on that No Alternative comp) and think "Let me listen to more of their songs".    Regardless, play this one often, play it loudly and I just love the hell out of it no matter what year it was released because music this grand is timeless.