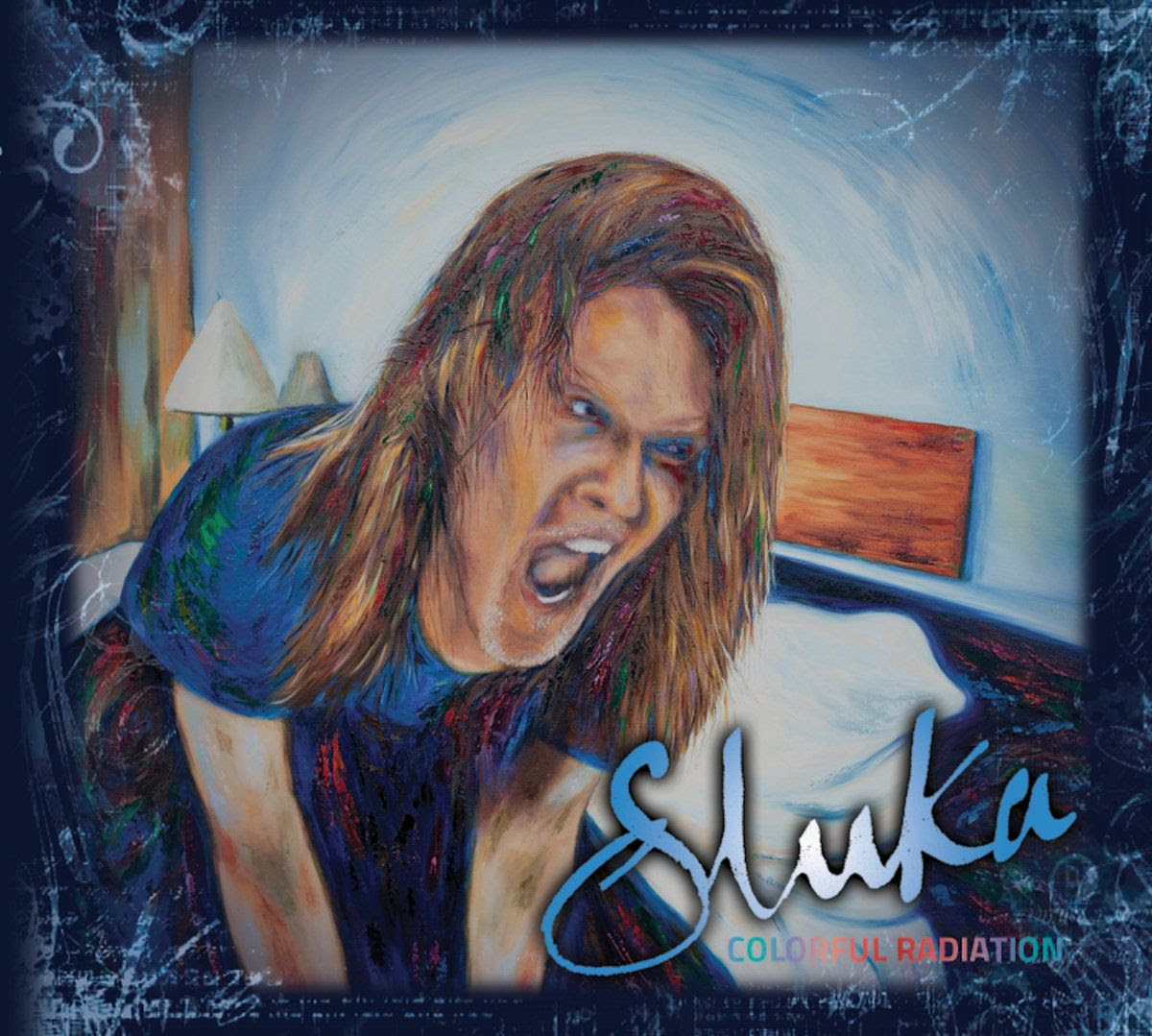 The music of Sluka is diverse to say the least.   "Colorful Radiation" begins with a soft ukelele and singing, but it feels rather trippy.   I imagine a music video for this song where the main character is dressed... not like The Mad Hatter because Tom Petty did that already but something along those lines because it's just insane in feeling and when it kicks in you know you're being taken down that rabbithole.   In all fairness though to Sluka, in a music video for this song I think rather than take an existing character there would have to be one Sluka created to match the tones of this song.

Behind the swirly singing there is talking and sometimes laughing.   It reminds me of Pink Floyd or maybe something from Woodstock.   It gets intergalactic and by the second song the pianos really open up and take off.    In a modern sense there is some Stone Temple Pilots and Blind Melon in here, though those bands aren't as modern any more, and organs, acoustics and whistling are what seems to take over the third song, "Rise", which is what I would put as the lead single if I investing in such things.  (Or, you know, listen to that song to get the best idea of whether or not Sluka is for you)

Though with this almost grassroots/folk collective feel "Rise" also somehow sounds like AWOLNATION which is a broad band to reference but when you hear it you'll know.    "Tease Me" is evidence that Sluka can find the melody in everything, as the piano keys form the hook.    This becomes true of a lot of the songs on here.   The vocals really power through everything else, but while there are bass, drums and guitars it seems where most rock bands have the "lead guitar", Sluka instead offers up a "lead piano" and it is quite refreshing because it's not as obvious as you might think.   It blends so well

I'm not sure exactly why, but I also get this sense of someone like Billy Joel or Meatloaf in here, which is not a bad thing because it breathes some fresh (old) air into a new sound.    And then a song like "A Mode of Joy" can bring about this uplifting cinematic feeling, like if Rush was to have a symphony accompany them for their well known songs.    This goes into a song which brings out this vibe of Soul Asylum mixed with a little Bob Dylan and the music reminds me of Blue October as well.

I often feel like one of the best ways to determine whether or not an artist is good is to think of similar artists and then whether or not you would want to hear them cover those artists.   In the case of Sluka, I would imagine there being this great sound behind a cover of Billy Joel's "Piano Man" as these songs tend to have this feeling of being at a party and then the party is over.    This is closer to the rock you would hear on a classic rock radio station but yet it isn't even the same as all of that and rather continually pushes the boundaries of modern rock music, which more artists need to do.   More artists need to follow Sluka.

Posted by Joshua Macala at 1:51 PM