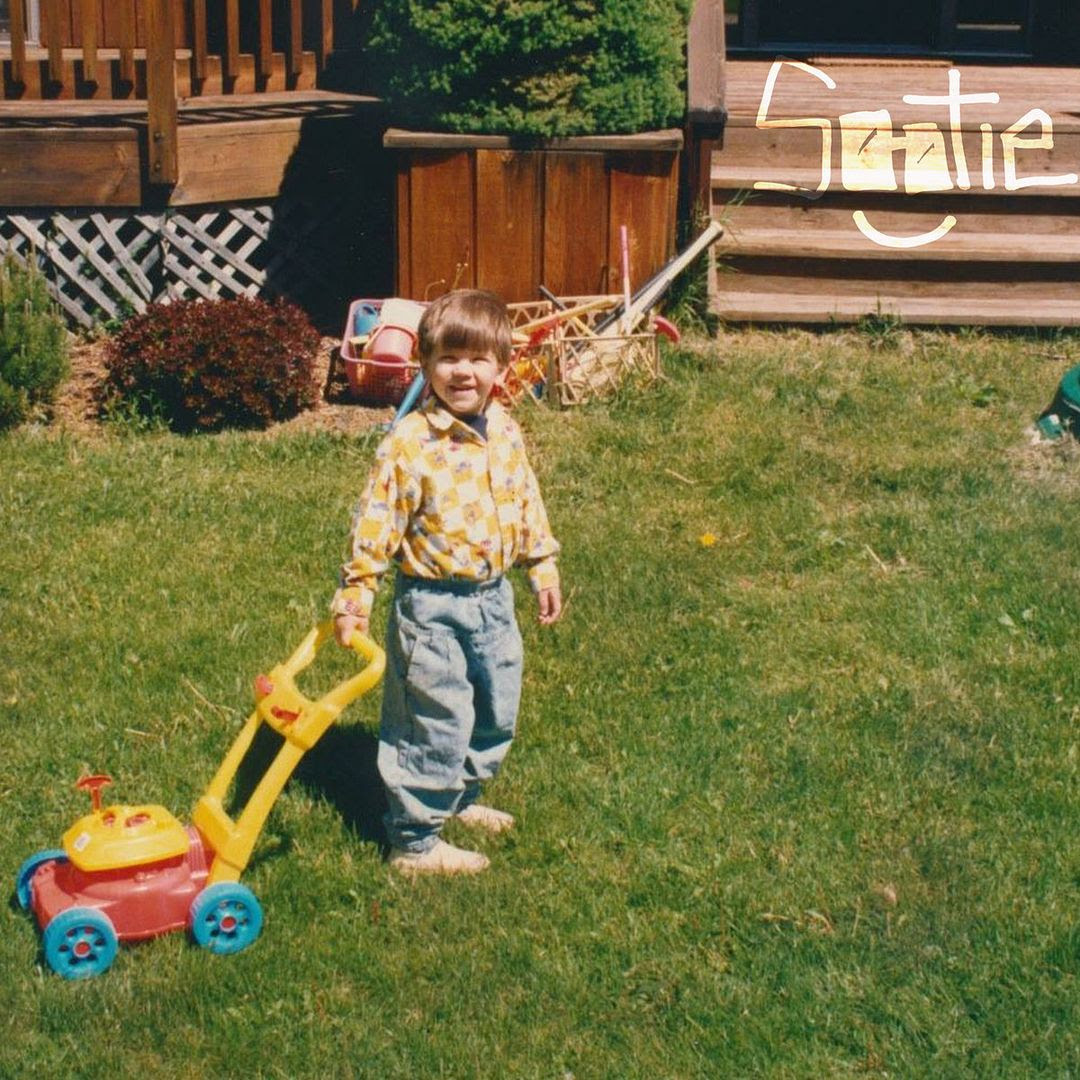 To me, the album "Sootie" takes on many faces and to try and capture them all is not an easy task.   But the one thing I want to say before I get into the music and lyrics of Galapaghost is that this is- at its heart- rock music and as such it should be play loudly for all to hear.  It has that big sound to it but also I just think it's fun and people should hear it.   At the same time, let me just say that the first time I listened to "Sootie" was through earbuds and there are these little parts of the songs you won't notice where guitars echo back and forth unless you contain the music within your ears.  So fair warning, yes, play this loud at a party or whatever, but also take some intimate time with it as well.

One of the artists Galapaghost reminds me of is Dynamite Hack but at the same time I could think of this like New End Original, even if just because of the unique album structure.   There are both pianos and synths on here.   It's an electronic acoustic vibe which resembles the Flaming Lips and though the vocals can tend to be on the higher side by the third song they level down.    For reasons perhaps only known by me, I can also hear artists ranging from Gnarls Barkley to What Made Milwaukee Famous within.

There are those clicks and beeps of percussion which I've heard before but never fused in so well such as this.    The song "Seth" has some X-Files elements to it and by the end you'll hear this somber electronic ballad called "Sunfrost" where the line "Just let me fade out" comes in and it seems like the fitting way to end an album such as this, or any album really, but it feel a lot like either the end of that one New End Original album I have or possibly "All Apologies".

While the music itself feels layered and fresh I enjoy the lyrics on here as well.  I think I'd like this regardless of the lyrics because at first, during the first song, there is a line about going out on the weekend and I'm just thinking "Yeah, no" but then later the song does state that he is too old to go out on the weekends and is in bed by 10 and I'm just like "Yessss that is me".

Sometimes there are da da da da's in place of lyrics and other times the song can be about a flip phone ("Verizon LG") which is funny because I only recently upgraded my phone but I had the oldest phone for the longest time even though I'm on AT&T (I probably won't upgrade my phone again until iPhone 20 comes out and then I'll get like, an iPhone XV or something)   Still, this reminds me of someone like Richard Edwards overall as well which definitely has this as a contender on anyone's rightful album of the year list.

Posted by Joshua Macala at 1:26 PM