Music Review //
B. Mills
"The Life & Times of an Eternal Optimist" 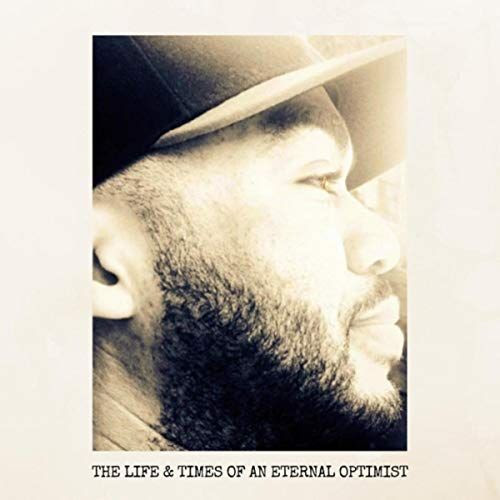 Music is a constant reminder that we all have a story to tell.   For B. Mills, the music is one of a positive nature.   For me, it feels like I wouldn't really want to listen to something that is positive because in life I have found that I relate more to those with hardships and those who are going through struggle.  But isn't that just society?  More people would rather hear of a celebrity's downfall than of their success.   A lot of that also comes from the news, but that's a whole different story.

"The Life & Times of an Eternal Optimist" is an exploration through spectacular music whether you are an optimist or not.   Beats give it this feeling of hip hop, elements of Milky Chance perhaps and even a little bit of Sublime tend to round out the sound in a general way.  The tone of the music tends to be uplifting but not overly so to the point where it would annoy me.   On a scale from one to "Don't Worry Be Happy" this is only around a five or six in terms of those pop levels where it begins to feel like you're listening to music for children and it starts to drive you crazy (So, yes, tolerable in that respect)

The unique sound of B. Mills also can take us into what sounds like reggage and/or dub.   Just when I think I'm hearing pianos I also hear some Bob Marley coming through on "If U Will".  Somehow, there is also this bit of Jack Johnson in there as well.  It's strange when you think of these artists like Bob Marley and Jack Johnson and how you don't really say they sound like other they just sound like themselves and are used as points of comparison.   I feel like that's where B. Mills is right now and time will hopefully prove me right.

By the end of this album you'll hear a song that just belts it out called "Slow Motion" which also reminds me a bit of Blue October.   The thing with this music is that it's got a positive vibe to it, no one can deny that, but it does in such a way that doesn't annoy me.  I thought this would be overly poppy or something because of the title and neither the music nor the lyrics itself are what I expected in terms of "This one's going to bother me, isn't it?"  I guess it just goes to show you that I went into this one as the pessimist and I should've had the optimistic approach.   Whether you need a pick me up or are already looking on the bright side, this should be your soundtrack for hope.