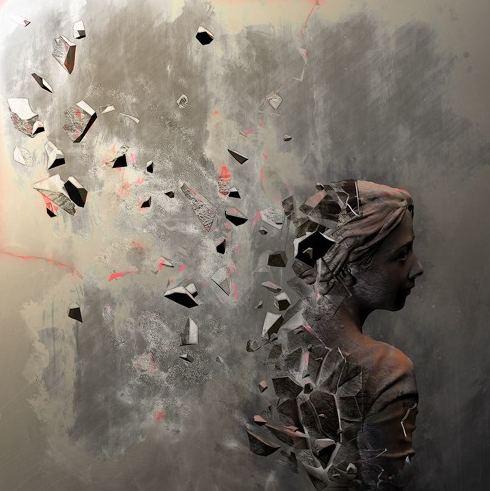 It's not often that I say this, but the most striking part of "Nothing's Wrong" is the voice of Elza.   That is not in any way to discredit the music which goes with these words, but it's just so much at the front that you really can't focus on most of the other aspects of these songs (At least the first time through) because it's just so big-- it's right there.   In a lot of ways, I feel like that is what "lead vocals" are meant to be like, the way certain people seem to be known more than their bands but that's somewhat less common now I think as well.

Right away I hear a little bit of Fleetwood Mac and Bjork and, yeah, I'm going to kind of be all over the place with this one.   Something about these songs is familiar.   It is powerful, somewhat dark and at times reminds me of The Cranberries even.   "Endeavor" has a hollow sound to it, which is funny because there is a song later on called "Hollow" which doesn't quite sound as hollow to me (In fact, that song has electronics in it, which presents a cool vibe)

You know how that band Evanescence has some melody with the softer singing- the ballads even- but then they can really break down and get heavy into... I don't know if it's "rock" or "metal" or however you would describe it, I'm losing my point-- if you take away that heaviness of Evanescence and just filter it down to the melody and softer side of Evanescence, that's a lot of what Elza reminds me of too, which is good because I liked Evanescence back when I first heard.

"Simple Dreams" is acoustic and brings out elements of Tori Amos while the titular track has strings on it.   As we approach the end of this album it seems to spiral down into the darkness, complete with this Murder By Death feel on "Room" and if I had to compare this with one other artist even though it is only slightly similar I would have to say the ever-lovely Polly Scattergood, who is right up there among my all-time favorites.   Overall though, this just has such a familiar appeal to it but remains unique and I can't see why everyone wouldn't listen to this.