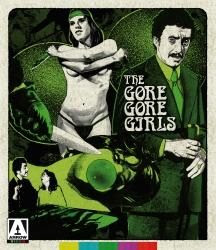 Back in the early 2000's I was on a quest to find the worst movies ever made.  To go with the MST3K theme, I found out about H.G. Lewis, as I feel most people who go down that rabbithole of "b-movies" tend to do.   This is not my first time viewing "The Gore Gore Girls" and I've seen quite a few movies by H.G. Lewis, but this is a nice piece of film history to be released on Blu-Ray.   I sometimes feel like movies get lost- they don't make it to DVD or they do and then now they don't make it to Blu-Ray and so words can't express how happy I am that "The Gore Gore Girls" is on Blu-Ray because it's one of the most essential b-movies I can think of and I've seen a lot of those types of movies in my life.

This plot revolves around women who are essentially strippers (or Go-Go Girls, get it?) and they one by one begin to slowly start getting murdered.   My favorite part of this movie has always been when one of the strippers realizes that the two or three women who were previously killed in a similar manner were her friends (fellow strippers) and she seems completely unaffected for it, whereas I'm thinking "Um, you should be scared though, right?"  Well, that and the butt mutilation scene.   I always found that to be particularly well done.

When watching b-movies one of the aspects of them I found so fascinating (and still do) is how they're made.   I've always felt like scary movies can't really be scary when you can look at the blood and think it resembles ketchup more than blood itself.   So when you see what are supposed to be body parts or guts and you can clearly identify them as something else-- I like seeing things that way.   I really like figuring out how things are made in general, but with movies, yeah, I love studying the effects in them and the movies of H.G. Lewis are a great place to do just that.  (Maybe also because at one point I wanted to make a film myself, but who knows)

If you're interested in filmmaking you should be finding out all that you can about H.G. Lewis and in that respect this Blu-Ray is great just for the extras.   Even if you've seen "The Gore Gore Girls" a thousand times before and own the DVD or whatever, you need to buy this Blu-Ray because of the special features.   The movie has audio commentary with H.G. Lewis himself and there is just a ton of other insight included about the making of the movie and just excellent filmmaking tips in general.    Also, there is a bonus H.G. Lewis movie included called "This Stuff'll Kill Ya!" and this just makes it all that much more perfect as these films seem to be best served as double features. 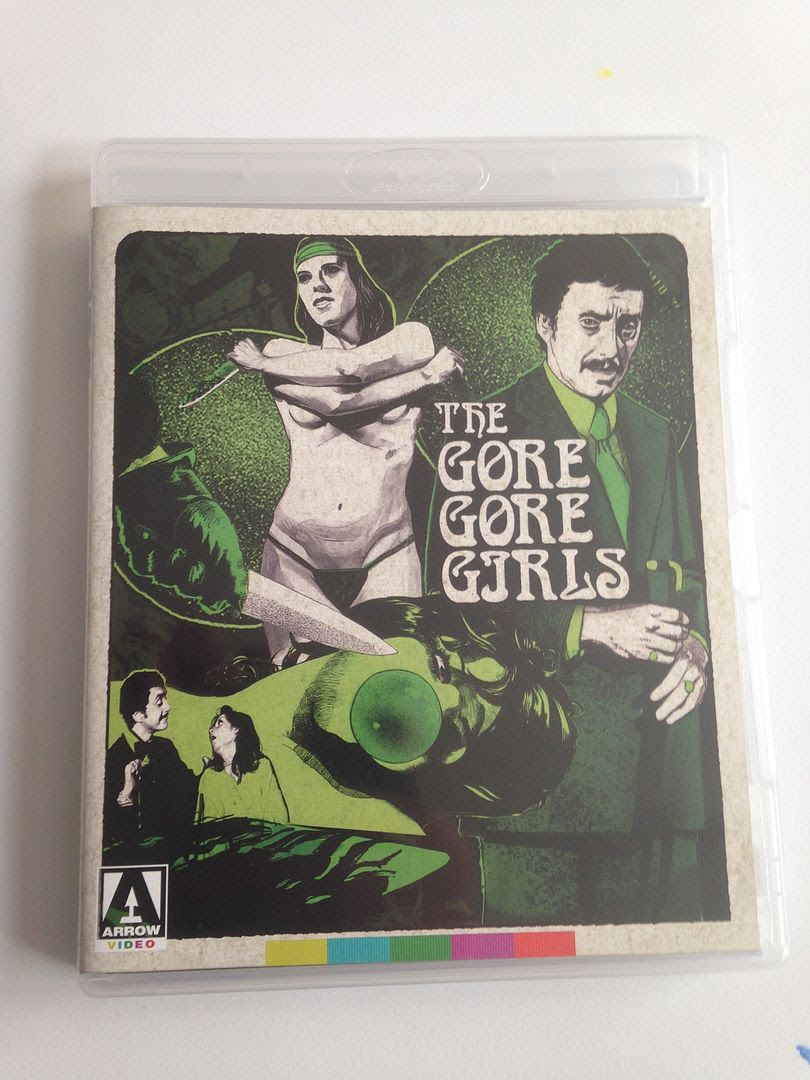 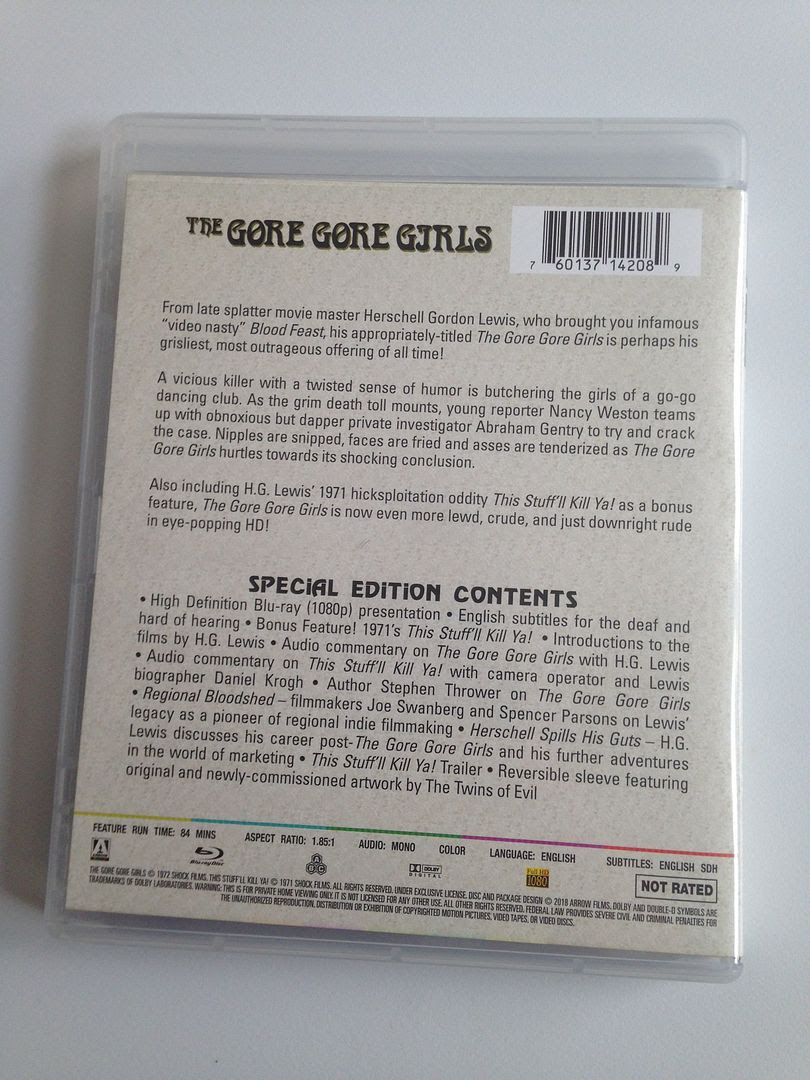 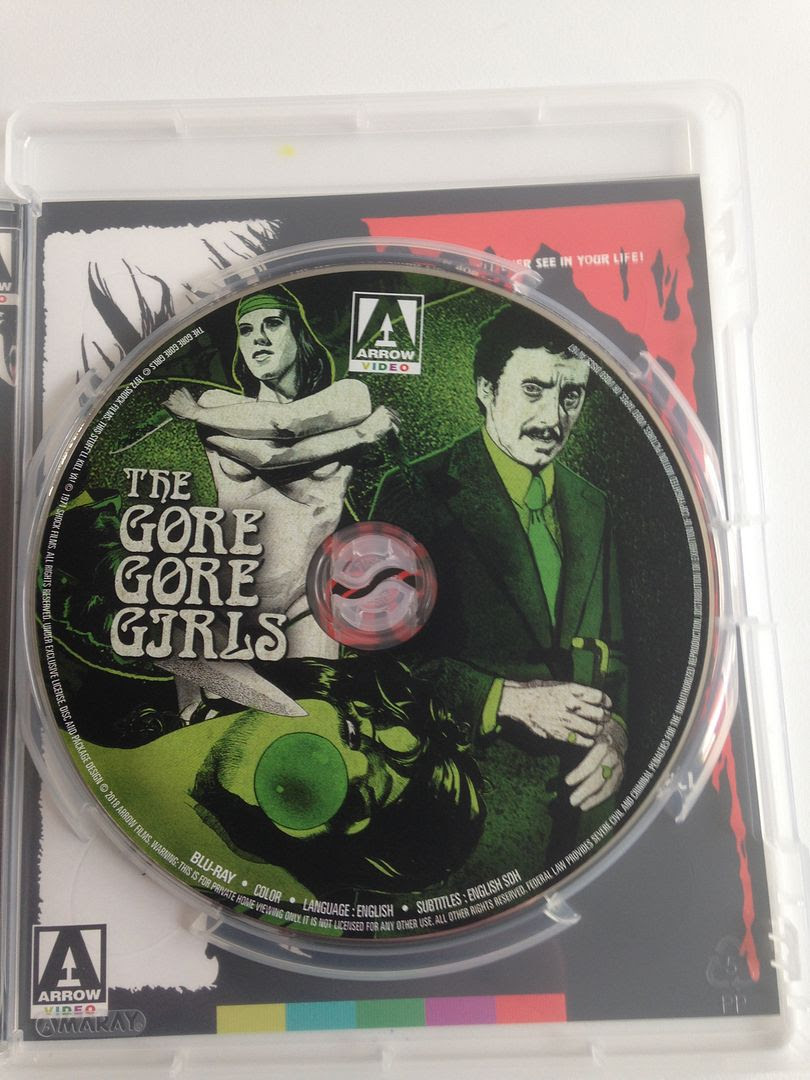 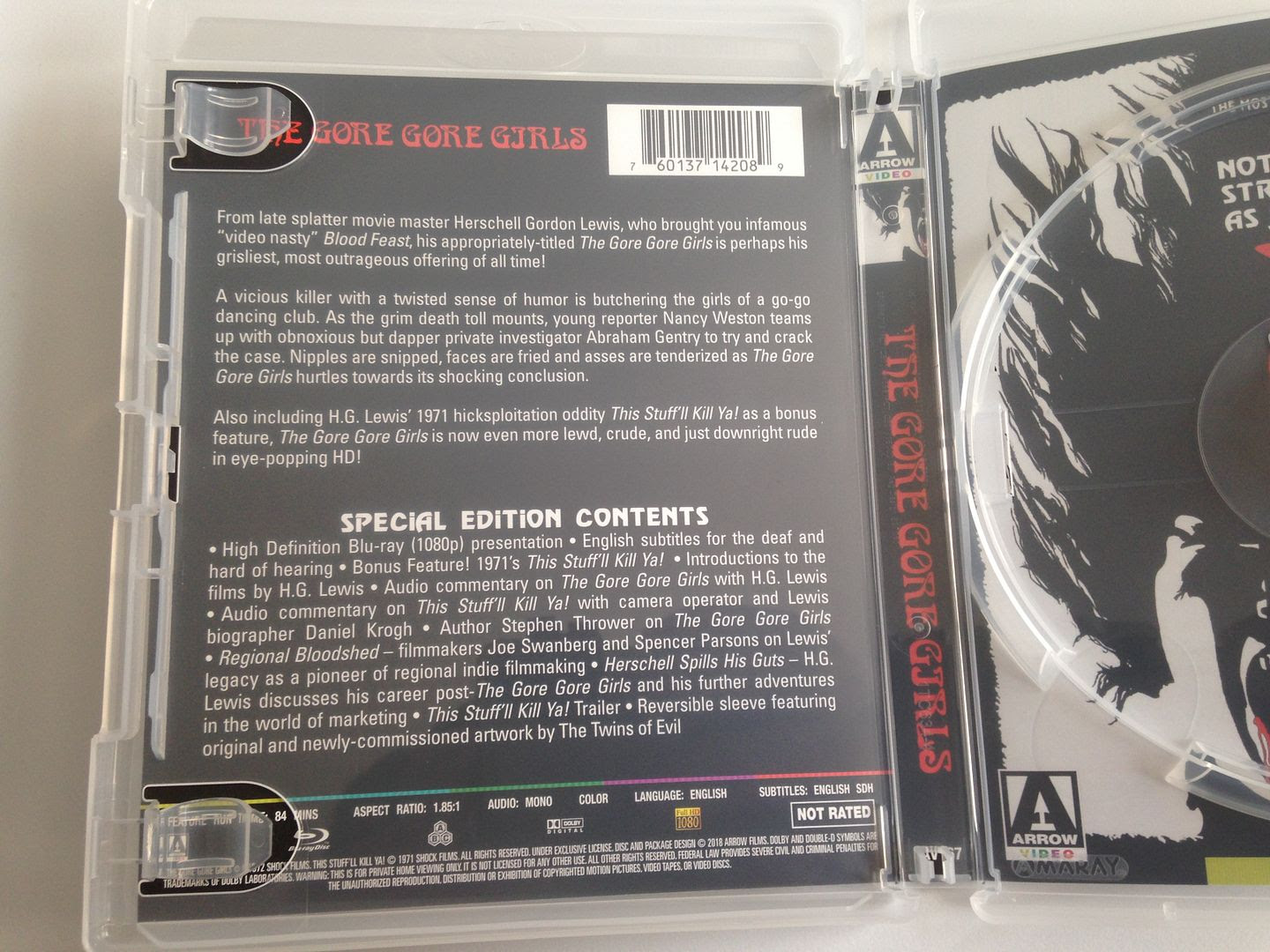 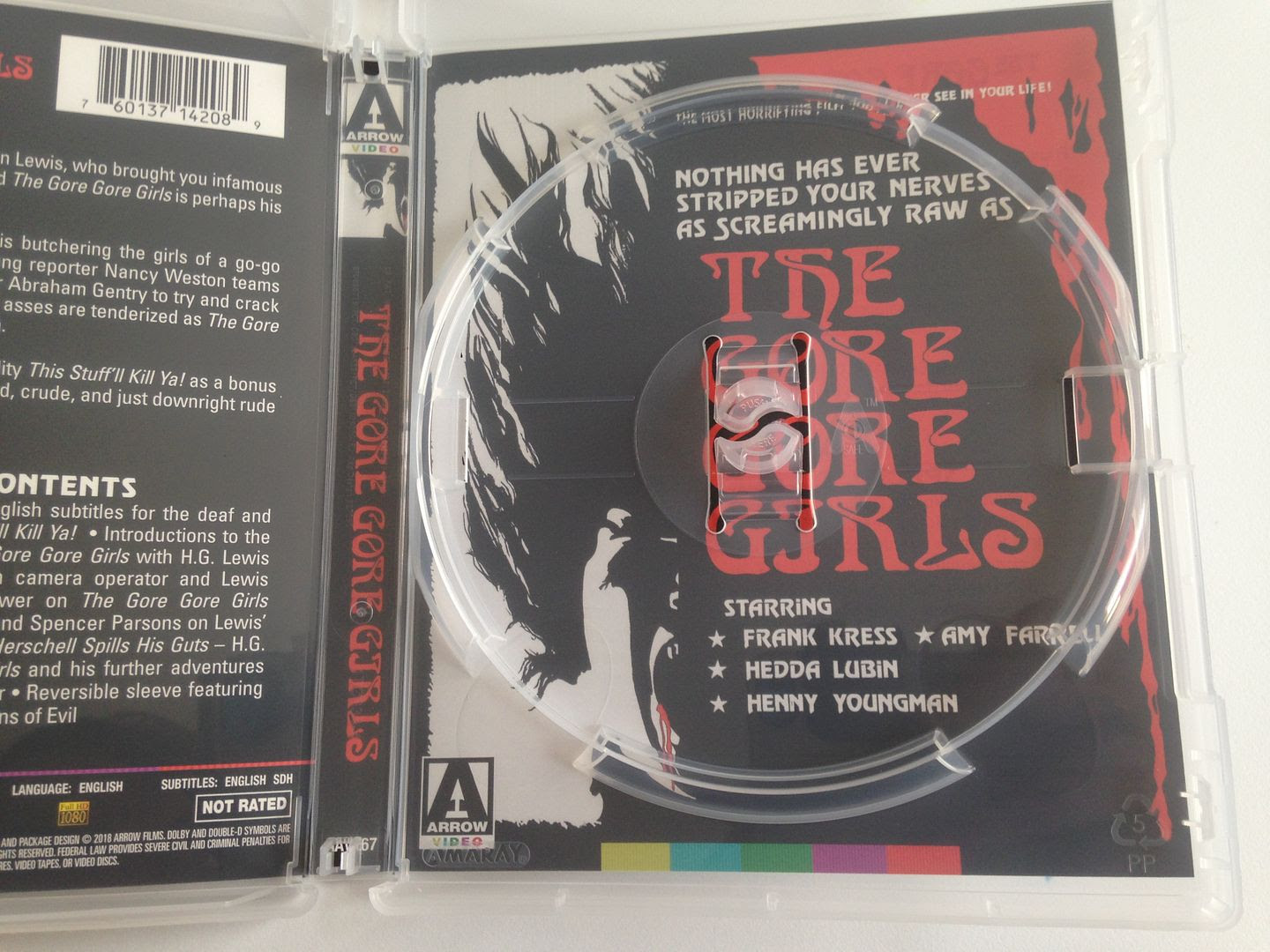 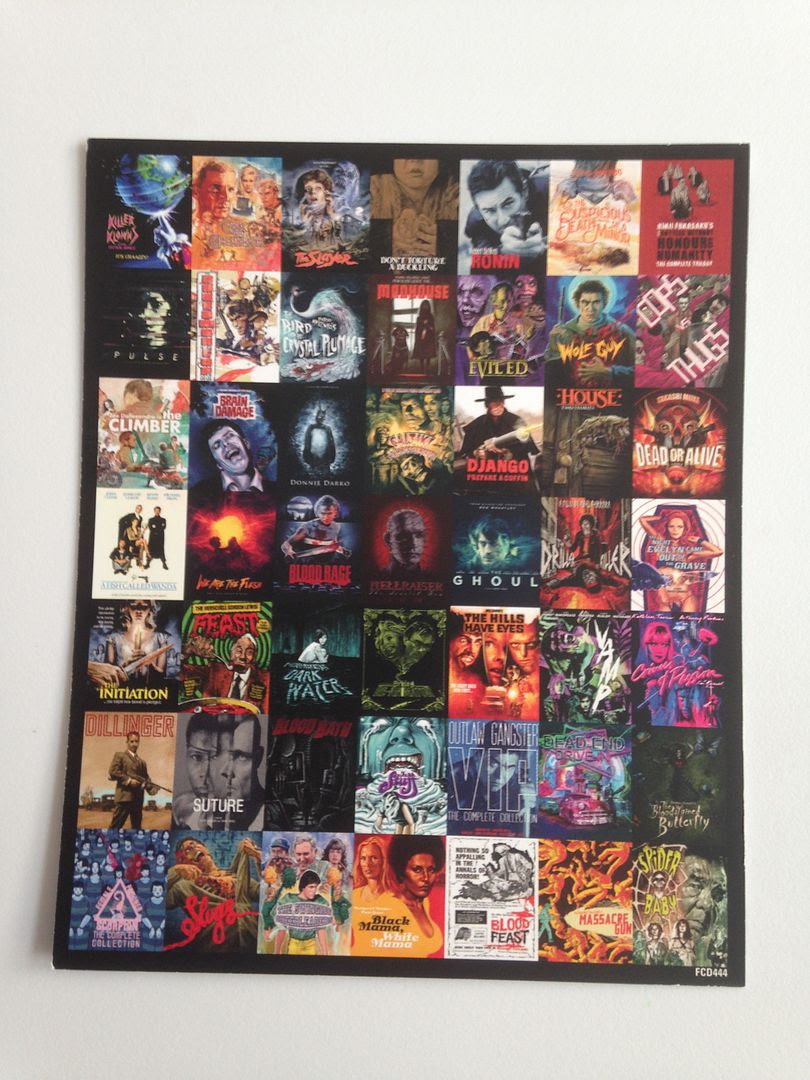