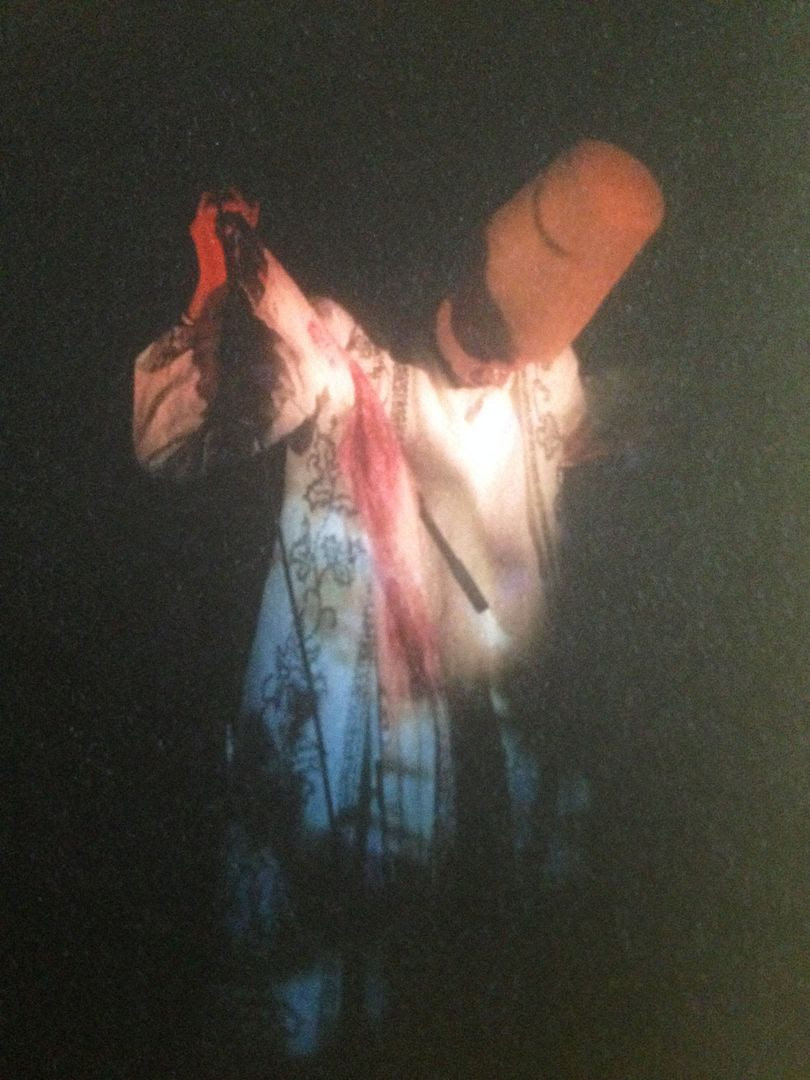 A loud sense of percussion fills this first track with hypnotizing vocals and some sort of drone is hiding behind this as well.   This is very intense, the steel drum banging seems to set the tone where it could be tribal, but the singing and ringing behind it all makes me feel like we're watching something really serious happen or being put under a trance.     This kind of mellows out and then turns into a slower, building drone.   The vocals come in just as powerful as before and this has a haunted sense to it, and I don't just say that because of the title-- I really feel like you should play this one at night or at least in the dark somehow for full effect.

As the ringing blares through now and those steel drums persist, I've not heard anything quite like this before.   It seemingly breaks down into three elements, which on their own are impressive enough, but when forged together it's something that feels like a lot to experience all at once.   If you could isolate each element and really examine it I think you'd find a lot going on you couldn't hear as easily when these forces combine but at the same time, I think that's what makes them all so much stronger together and this is just something which commands to be heard.    If you walk by an open door with this sound coming out, you're going to stop and go inside.

On the flip side the percussion mixes with the vocals to really have much more of this chanting vibe to it which makes it feel much more tribal overall.    The vocals just seem to be pleading, begging almost, in the way which they are delivered and the passion put into it all is quite clear.    This is not something which you go to hear and experience in the sense that it is fun or to be taken lightly- it is deeply intense and I'd imagine if seen performed live would be a life changing experience as well.

It winds down to slow, solo banging of the drums but then picks back up with a drum roll and then bells come tolling in.   If I had to compare this with something- and that's if I'm being forced because it is not easy for me to do so- I would put this with something close to Dead Western and the Dracula musical Jason Segal's character was writing in "Forgetting Sarah Marshall", both of which are amazing in their own ways, so to have those influences as being perhaps the only ones I can place here just makes this all that much better.

I'm something like 87% certain you have not heard anything like this cassette before.   I'm 100% certain you will not hear anything quite like this ever again because even more songs by the same artists involved would have to be different.  Hearing this for the first time also has that experience where it won't feel the same when you hear more at a future time but it will still be one of the single most powerful forces you will ever experience in your lifetime.   This isn't so much music as it is just downright spiritual.   It is a movement. 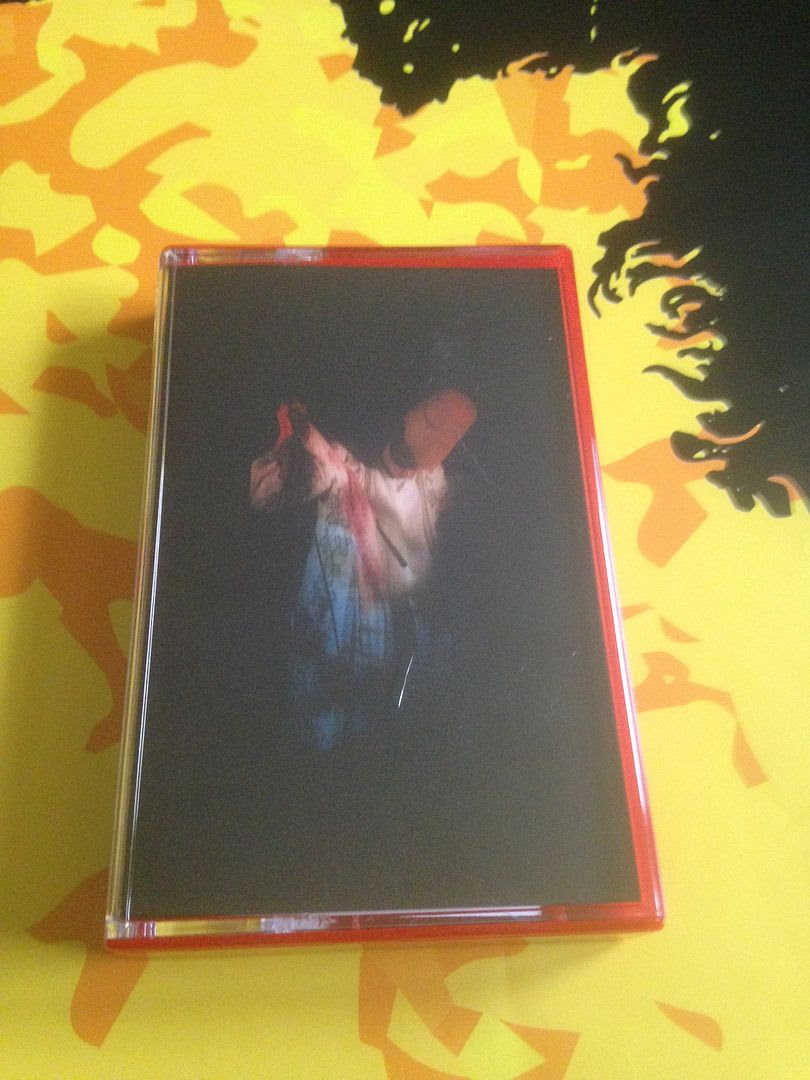 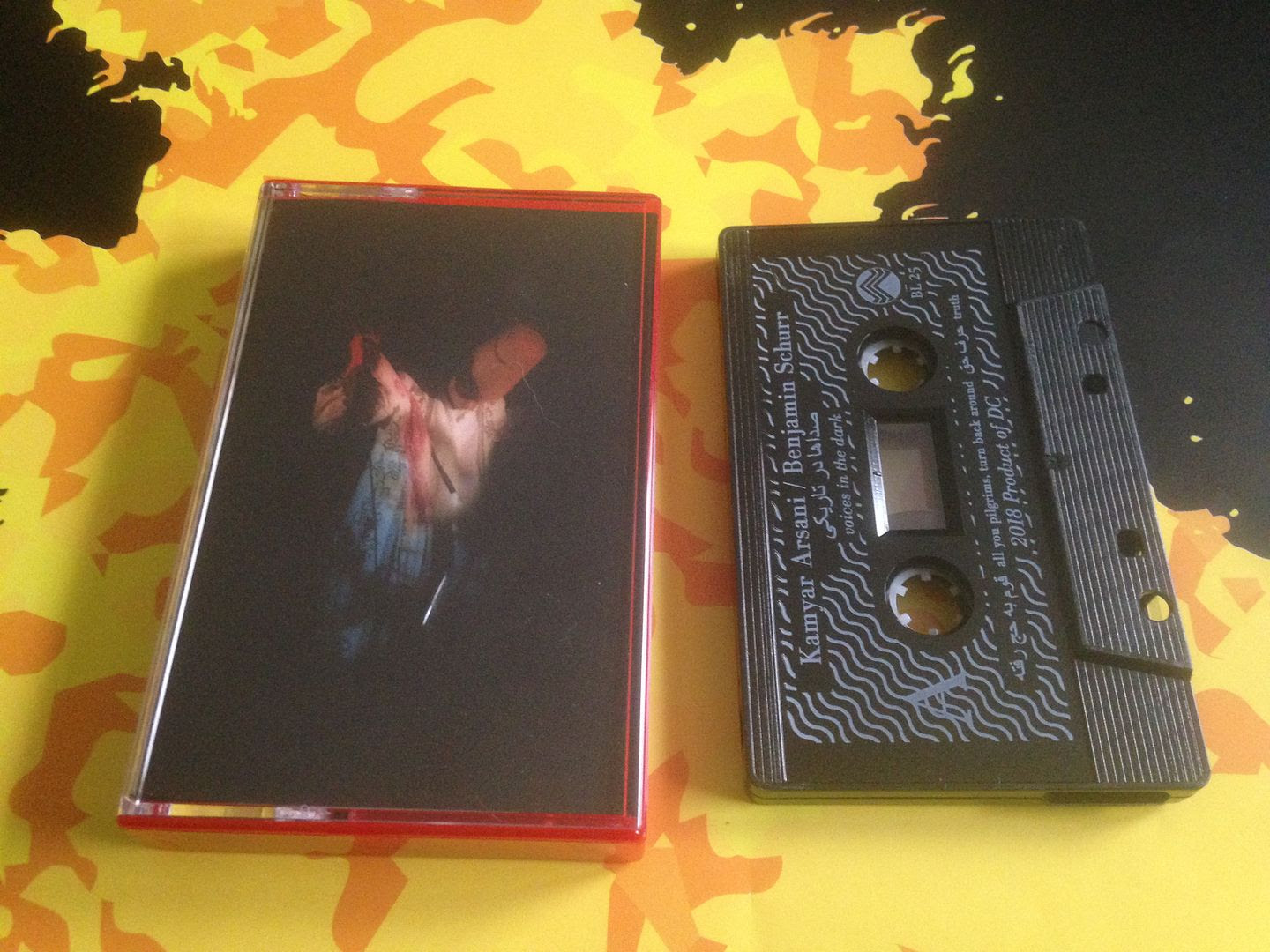 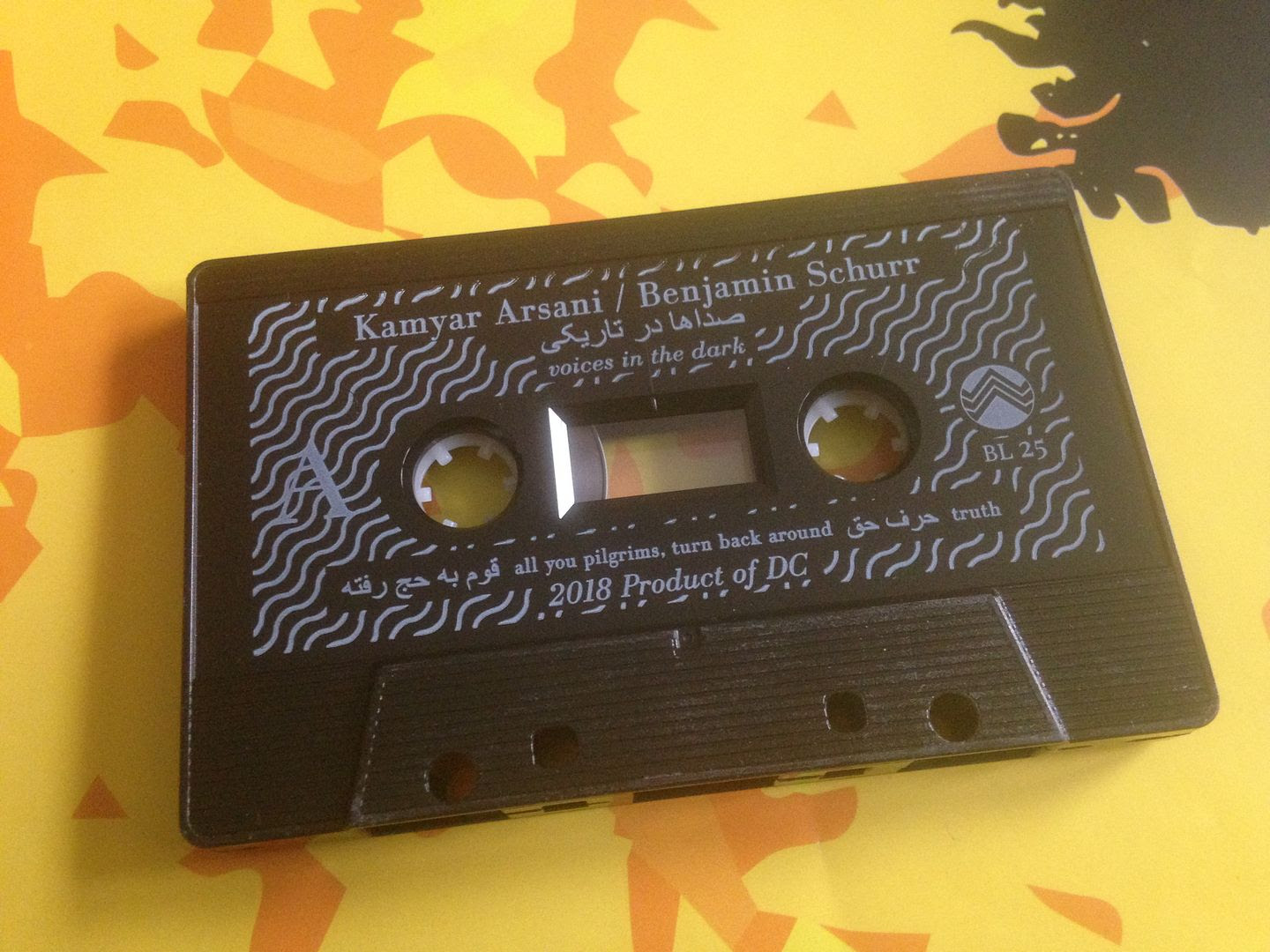 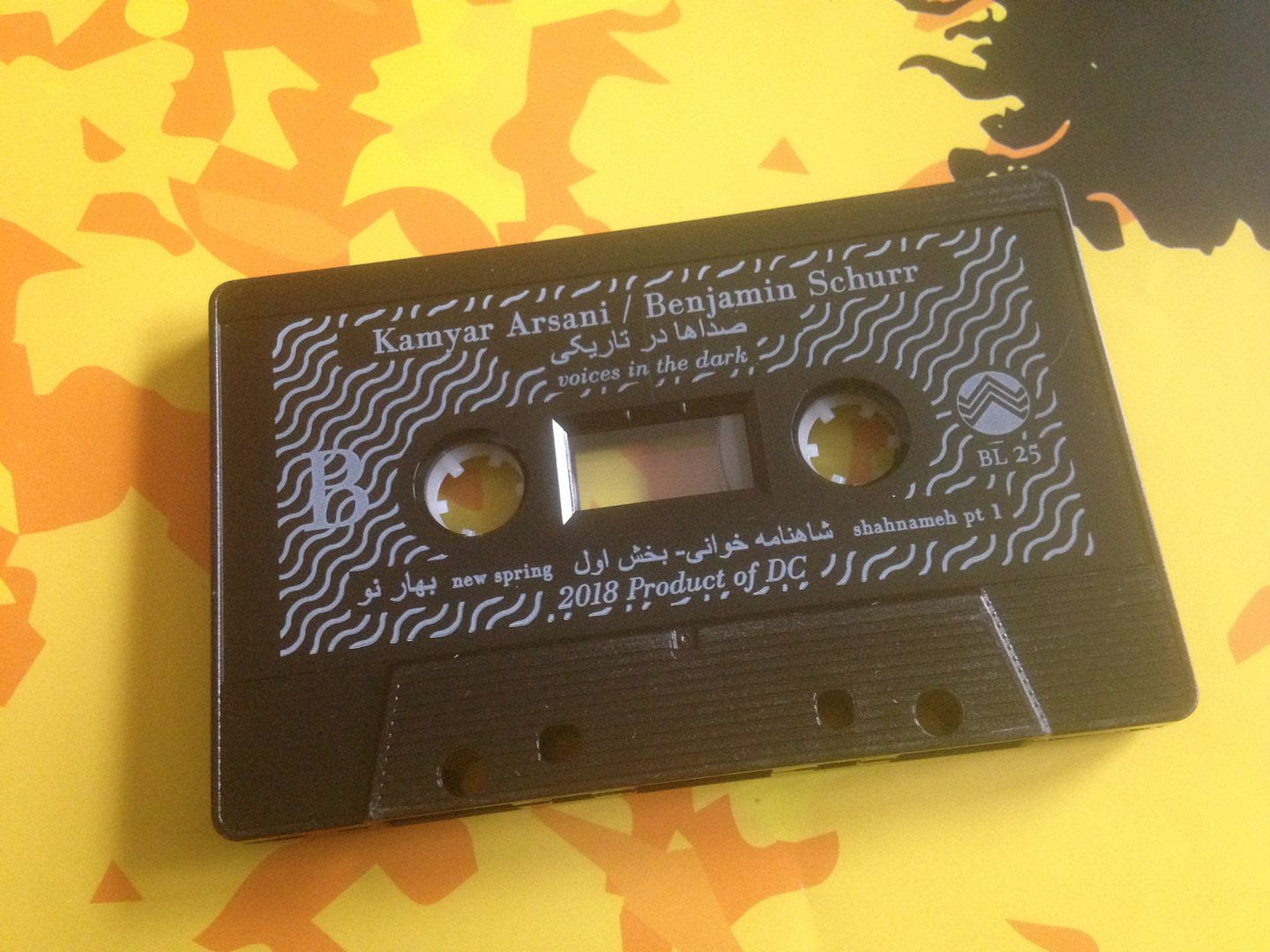 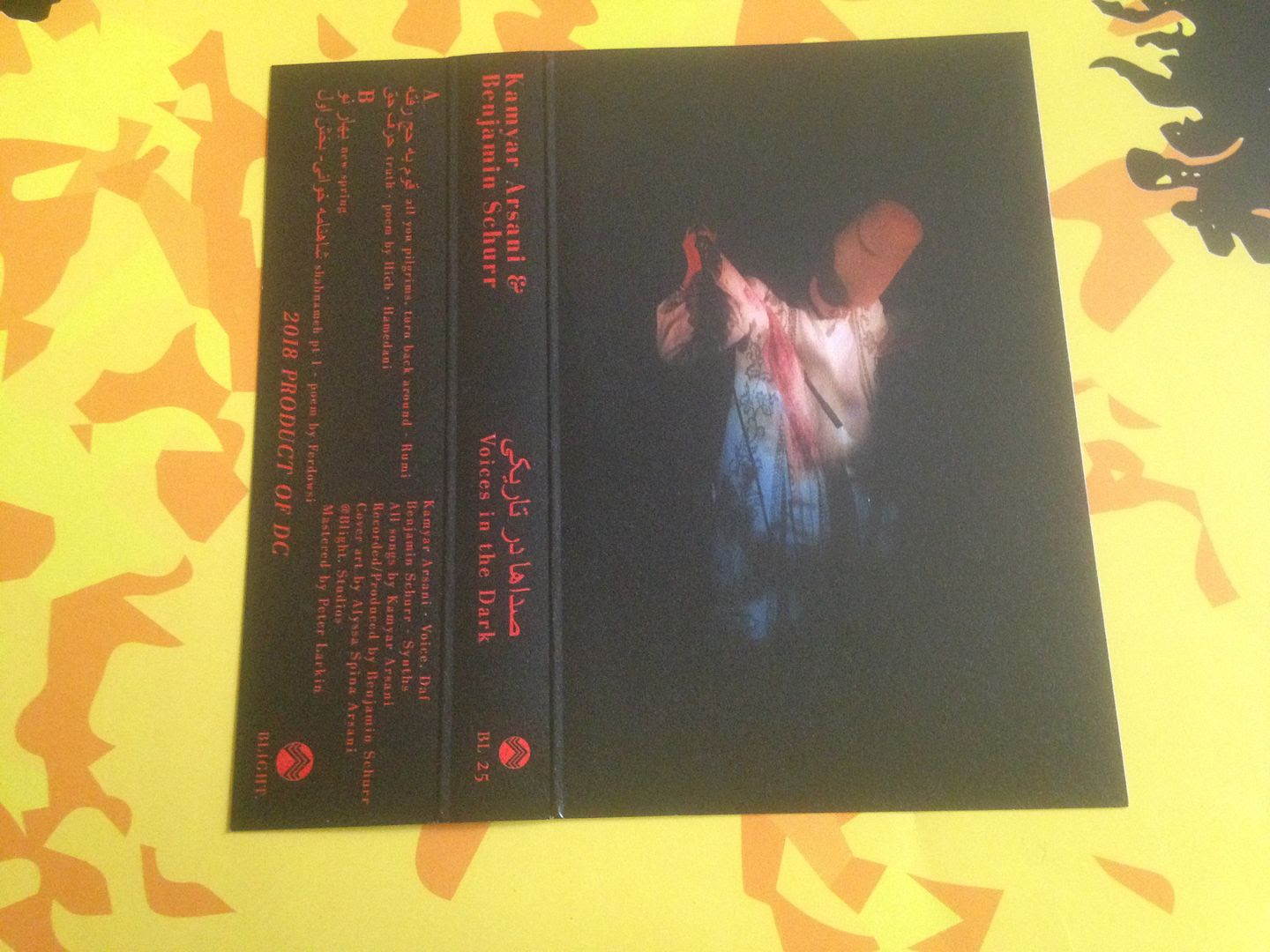 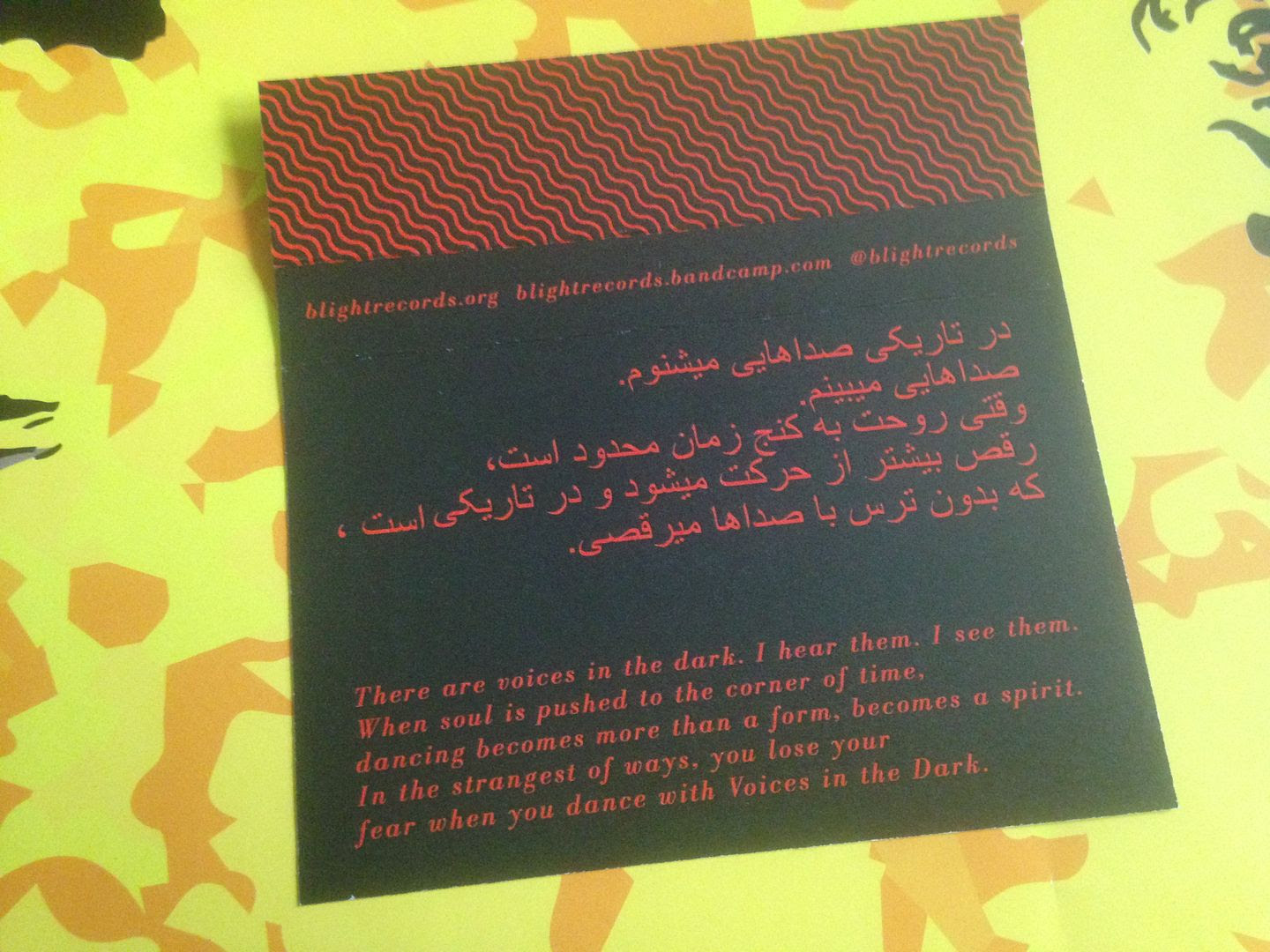