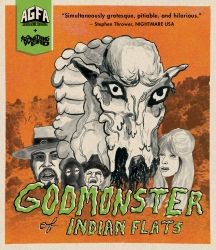 When you dare to use a term like "Godmonster" you should be prepared to deliver some sort of insane beast that will make people turn their heads.   In this particular movie, people might turn their heads but not for the right reason.   I like to decide if a movie is a good B movie (or a B movie in general) based upon MST3K and though this movie did not get that treatment it got the later version of it with RiffTrax, so you have an idea of what you're in store for exactly.

"Godmonster Of Indian Flats" follows two strange plotlines which eventually intersect and I'm not sure either of them was really needed to get us where we were going.   At first, this kid gets kicked out of a bar (saloon?) because the woman sitting next to him robs him by literally putting her hand in his pocket and pulling out his cash, tucking it in with her breasts.   When he calls her out on it, he's obviously drunk but she then claims that he tried to "paw" her and he ultimately gets thrown out and beaten up.   When he gets home to his sheep (Yes, you read that right) something causes them to all go crazy and basically kill him.

If you're reading this review, I can trust you know what A Wilhelm Scream is.   The funny part about these opening moments of this film is that when you hear the sheep screaming- whether they are seen on screen or not- there is this one crazy "baaa" that sounds like the Wilhelm scream of sheep sounds.   It's wild.   But to think this movie starts with a bunch of sheep is also wild, because then this woman called Mariposa and her doctor friend find an injured animal which they then have to tend to, to bring it back to life.   These scenes are unintentionally hilarious but, you know, so is most of this film.

Now enter Plot B.   This guy named Barnstable comes in and wants to buy land but he is refused, told the land is not for sale.   So Barnstable goes through his own little storyline where he goes over to this guy's house who plans on killing him.  This guy- I kid you not- is bragging about how state of the art his place is and puts some music on with a reel-to-reel player.   It's so great.   So the guy smashes a bottle over Barnstable's head, pushes him into a window or mirror or whatever, then proceeds to shoot himself in the arm and put the gun in Barnstable's hand!   So now, Barnstable is in jail as he was framed for shooting this guy.

Well, the town folk aren't going to have it and despite this being a sci-fi movie at heart, it is also a western and to an almost comedic extent as well.  Barnstable is eventually broken out of jail and in what makes the least sense of anything to me they take him out to the middle of nowhere and plan to hang him.   Then, they explain to him that they're going to throw him down a mineshaft that's going to make it look like he accidentally fell and broke his neck in the fall.   Wait.   What??

If the mineshaft is deep enough to break his neck in the fall, why bother hanging him in the first place?  Just throw him down the mineshaft and be done with it.   But this movie seems to be full of extra steps and when you would like some sense of what's happening from Point A to Point B it tends to not offer up any help in that department.   Eventually, there is this point where they hunt down Barnstable and when they think he's dead they find out that this monster from earlier (the alien sheep or whatever) is out and it's terrorizing everyone.   Then the comedy really ensues!

When you put this Blu Ray on, it shows this sort of FBI Warning which makes me think it's a VHS tape and I dig that about it.   There is a billboard early on that says "Bucket Of Blood", and I also dig that.   What I don't understand is why someone would name a main character "Barnstable".   Either you're a barn or a stable but can you be both?  Given the sheep in the movie, it'd be like if a character in "Jaws" was named "Seaboatman".     Anyway, this movie is funny for what it is and you should know that going into it.

The Godmonster itself looks like something that I've not seen before.   There is no real point of comparison for it, which is good.   The only thing it really reminds me of is if you were to tell me that it was a rejected costume from those live action Teenage Mutant Ninja Turtles movies I'd believe you except the timeline doesn't add up as this movie came out way before any of those.  I think I like this movie most though because I feel like the more times you see it, the more times you can point at the screen and shout "Why? Why did you do that?"

While only two of the actors credited to this movie on IMDb actually have photos uploaded, this Blu Ray release does have some terrific bonus features.    Along with some trailers, there are a few shorts on here and then an entirely different movie about Bigfoot and so if you ever were to buy this thinking that it's crazy to want to have such a strange movie on Blu Ray... Well, there are seemingly more bonus features on here than the length of the movie itself and that kind of makes up for it.   I'm not saying the movie is bad to the point that it needs all this extra content, not in my view at least, but in general these bonus features just make this Blu Ray a vital piece of film history. 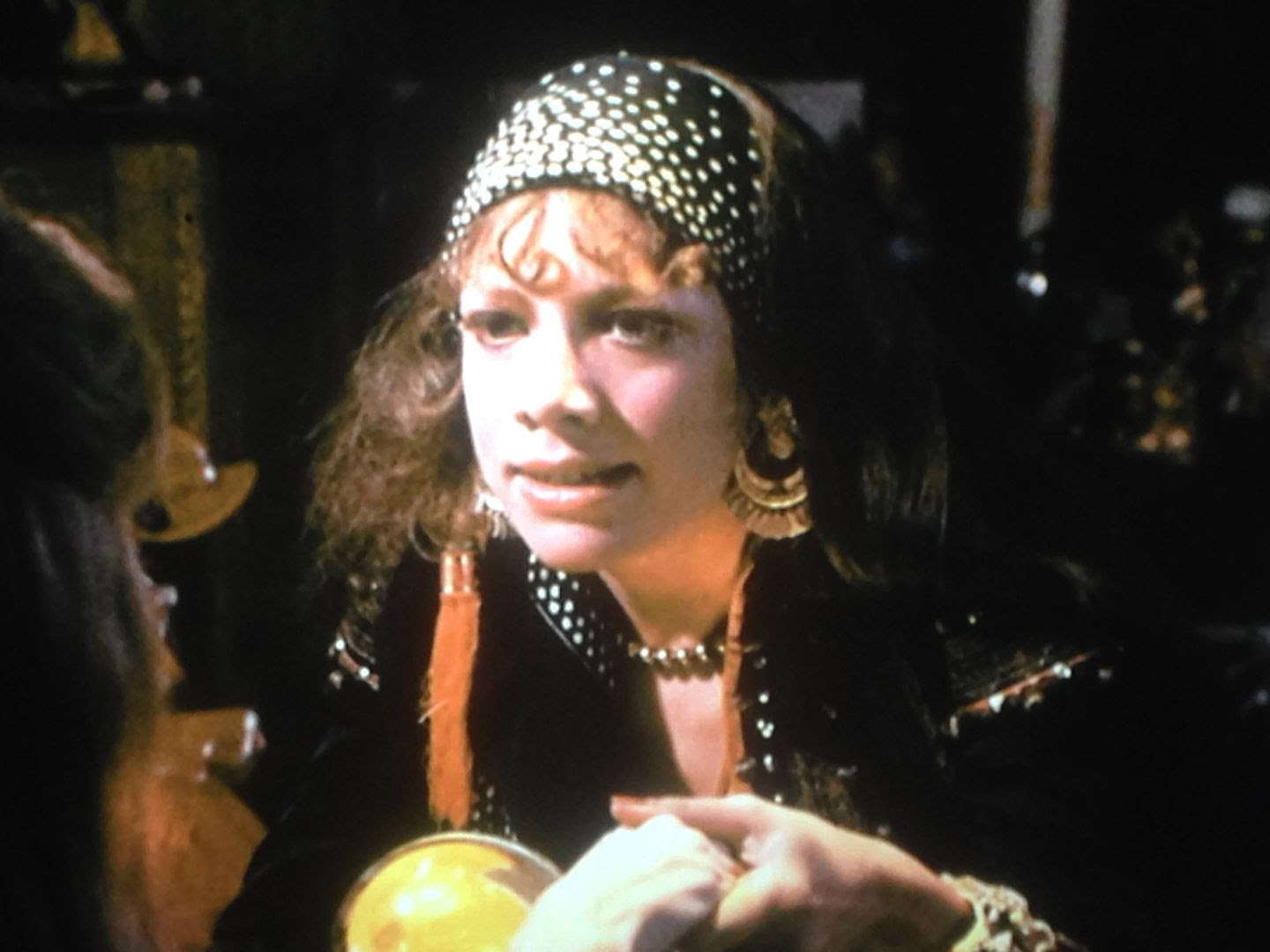 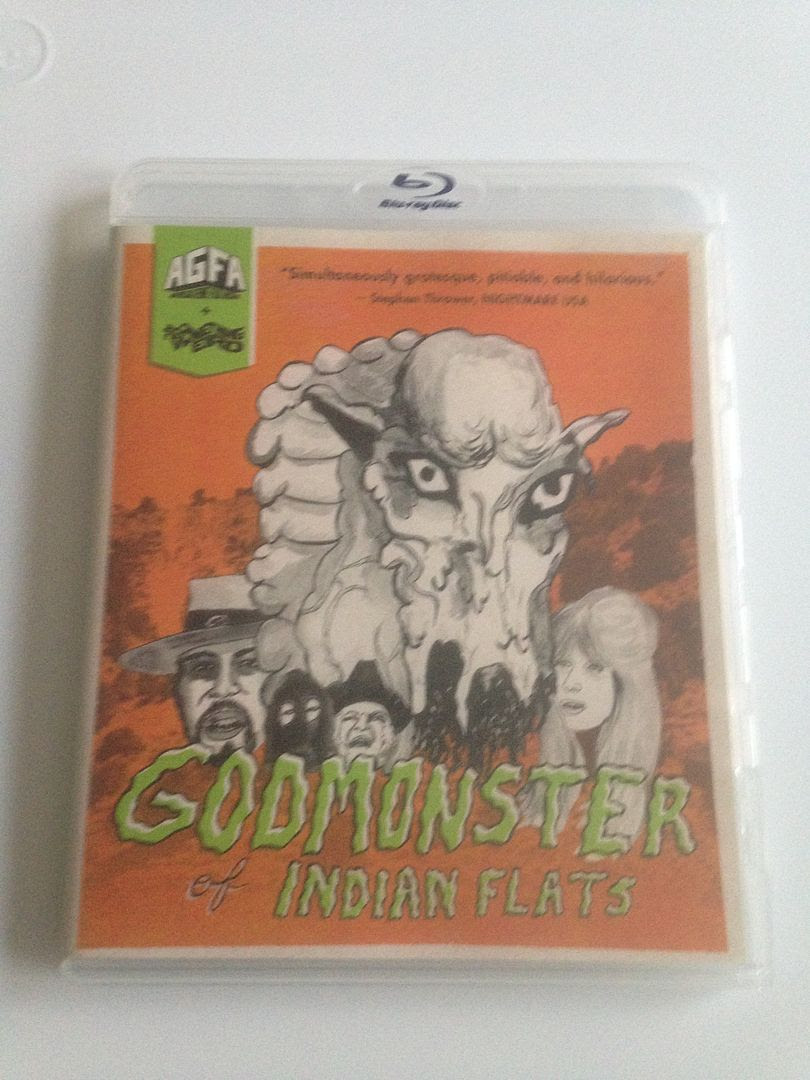 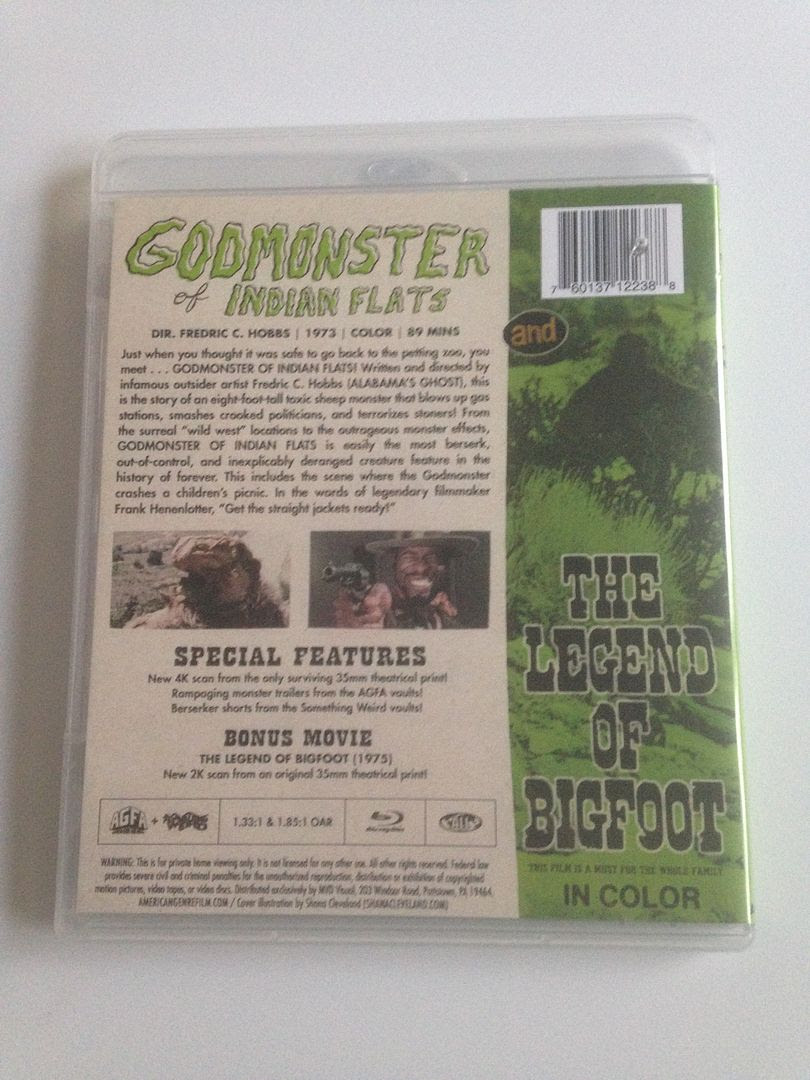 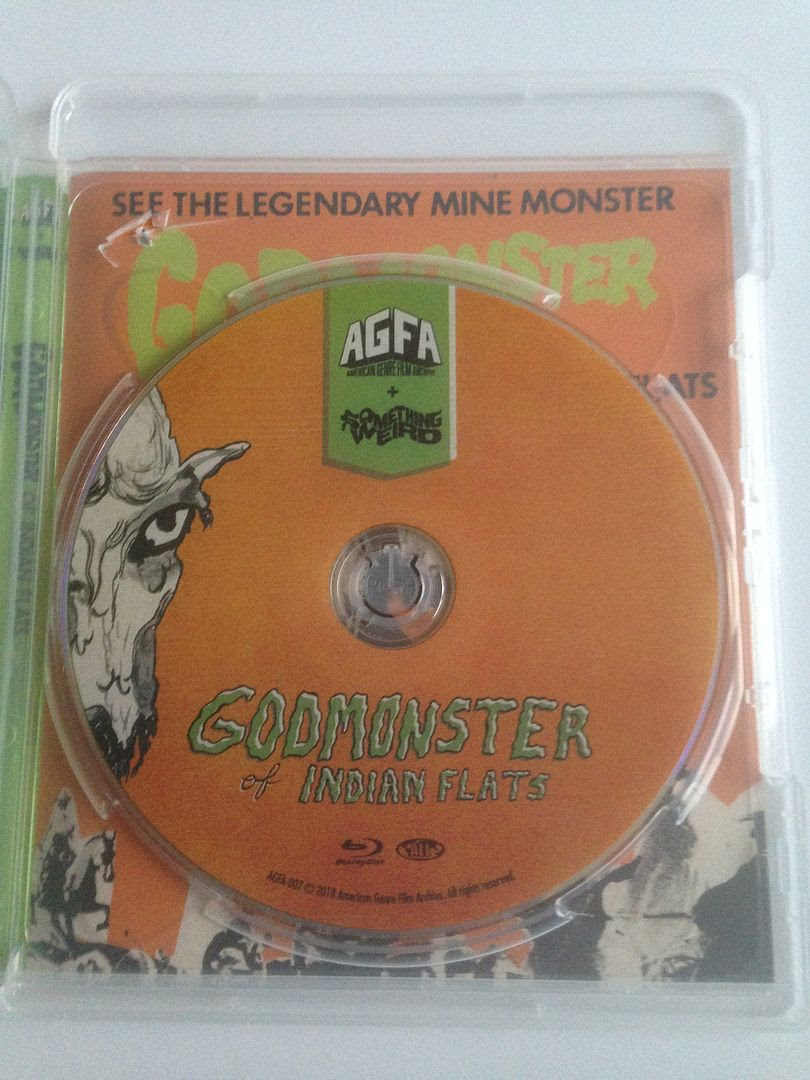 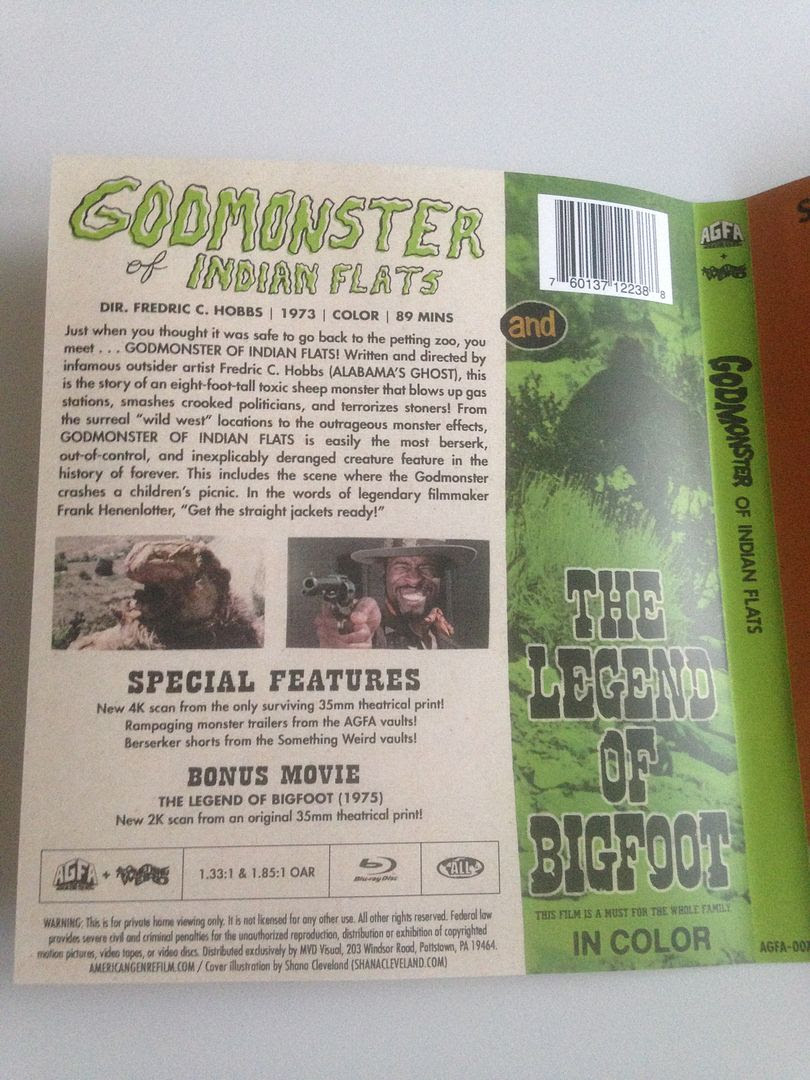 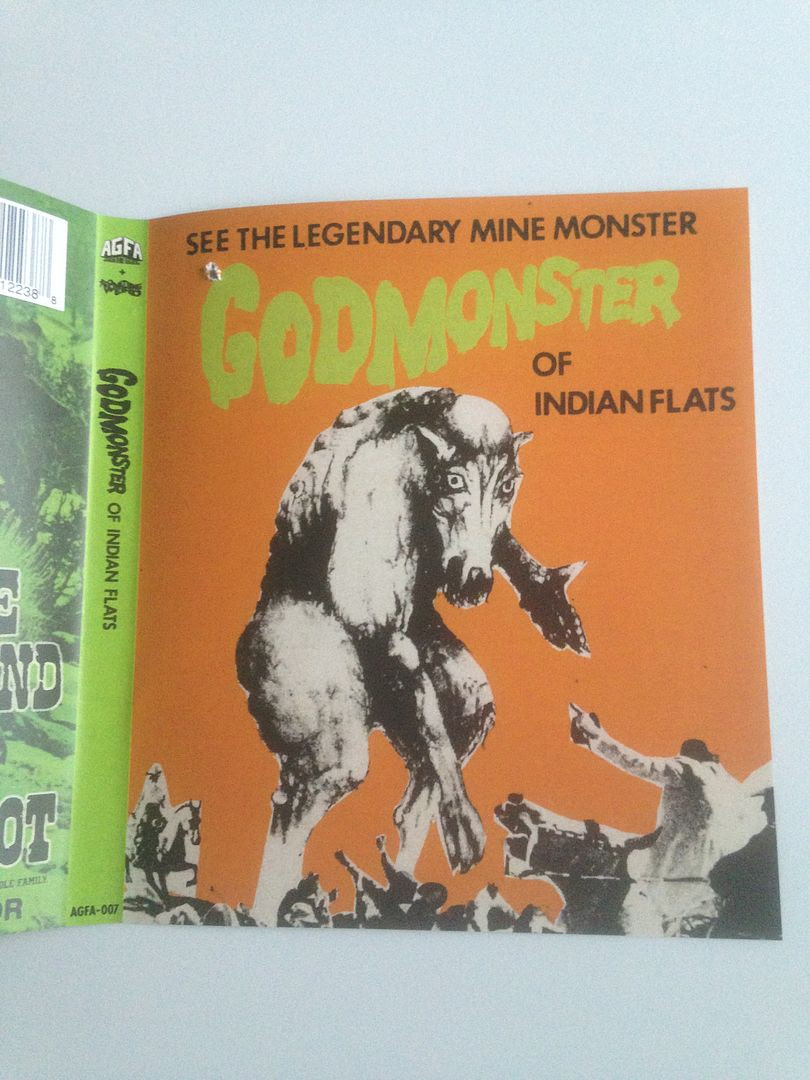 Posted by Joshua Macala at 1:34 PM