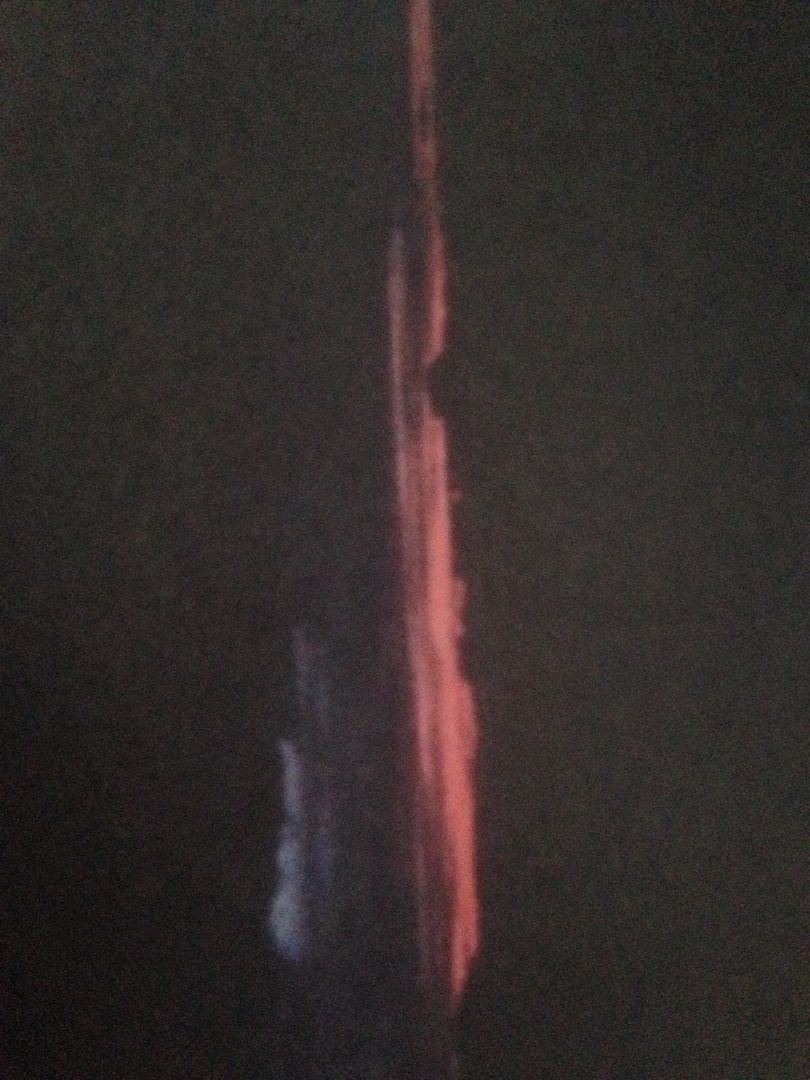 "For Sam, Forever Ago" begins with slow, sad strings.    There is a feeling of death and then a flurry of jazz comes through in the form of what sounds like a saxophone.    It then begins to open up as if chains are shaking and there is this beat which makes me feel like something is going down in a dark western.    Other sounds might feel against that but then these somewhat lighter (but not really light) string plucks come in followed by what could be electronic suction.   Strings are scraped and this just turns intense, like something out of a Hitchcock movie.  It's that on-the-edge-of-your-seat feel.   Someone is talking now.

As it begins to feel like we are just bobbing and weaving, in and out, there are some beeps like R2D2 and someone says "That's the kind of content I'm looking for!"   We begin things back up with a softer feel of a flute, perhaps, and there is a strong classical sound to this, as if something one might hear when going to listen to an entire orchestra.    It begins to feel like swinging and there is some distant singing back there as well, though it sounds like it might be children.   For some reason as the flute mixes with these vocals it makes me think of that song where they sing about how we're all toy soliders.

Through some strong distortion now we have this rhythm building which could be someone banging an instrument such as a hammer but it also could just be the strum of a rusty old guitar.   What feels like a choir begins to sing next, which reminds me of one of those old songs of The South.   They are also singing about peace on Earth so in that way it does kind of remind me of a holiday song, you know, like something from Christmas.   A baby laughs.

On the flip side we open with this fluttering but it sounds like we're going to go into the theme from "Rocky".    Dark strings come in behind this now and it begins to slow down, it feels as if it is getting warped.   Someone is speaking behind all of this as well.    It feels as if it's chanting, such as we're going to start marching, but then the strings really hit this deep note that seems to wipe everything else out.    Slowly now, the strings return as if a barge is set at sea.    Somber now, it takes on the feeling of ambient/drone until the flute returns and makes it feel much more magical.   I'm really thinking about "Willow" right now.

Glass tones, which still feel somewhat magical, begin to fade in and out and as they do they almost feel like they glitch at times, kind of the record is skipping or perhaps someone is adjusting the volume/levels so as to make these disturbances in their flow.   There is still this quieter, watching the sunrise type of vibe to this overall though.    Then it is a bit more dire, perhaps a samurai movie where the enemy is about to strike first.   Funny how quickly I can go from thoughts of "Willow" to Bruce Lee.

Darker cellos now, as if we are lost at sea.   The flute slowly plays along.   An audio clip enters now as well.    The sax really belts out that jazz and then the electronic type sounding insects come through as well.    What sounds like acoustic guitar notes but are at least guitar notes somehow come through while the artist's sister leaves him what I believe is a voice mail or might at least just be a message recorded somehow as it is spoken in the style of a poem and is about Sam, the subject of this cassette.    This is how it all comes to an end, as well.

When you look at the title of this cassette, the artwork, you can probably guess what it is about.   People will talk about death a lot because it's one of those things we, as the living, do not know.  You could live in the United States and speak about what it's like to have visited Australia because that is something you can do-- but you cannot speak on death the same way.  Still, there are common emotions which come with death.  Sorrow.  Guilt.  Shame.  Then, eventually, that idea that you're better off just having known them and so you feel happy for the time you had.

But at some point I think we all go back to the sorrow.  It is more difficult to cling onto the good times and the happy memories than it is the feeling that you will never see them again, that you cannot really explain what is happening to them right now because you truly do not know.   This cassette, Curt Oren, takes you through these emotions and each one is so carefully placed that by the time you reach the end, you will have no choice but to have felt something from it all.  Me, I feel gutted. 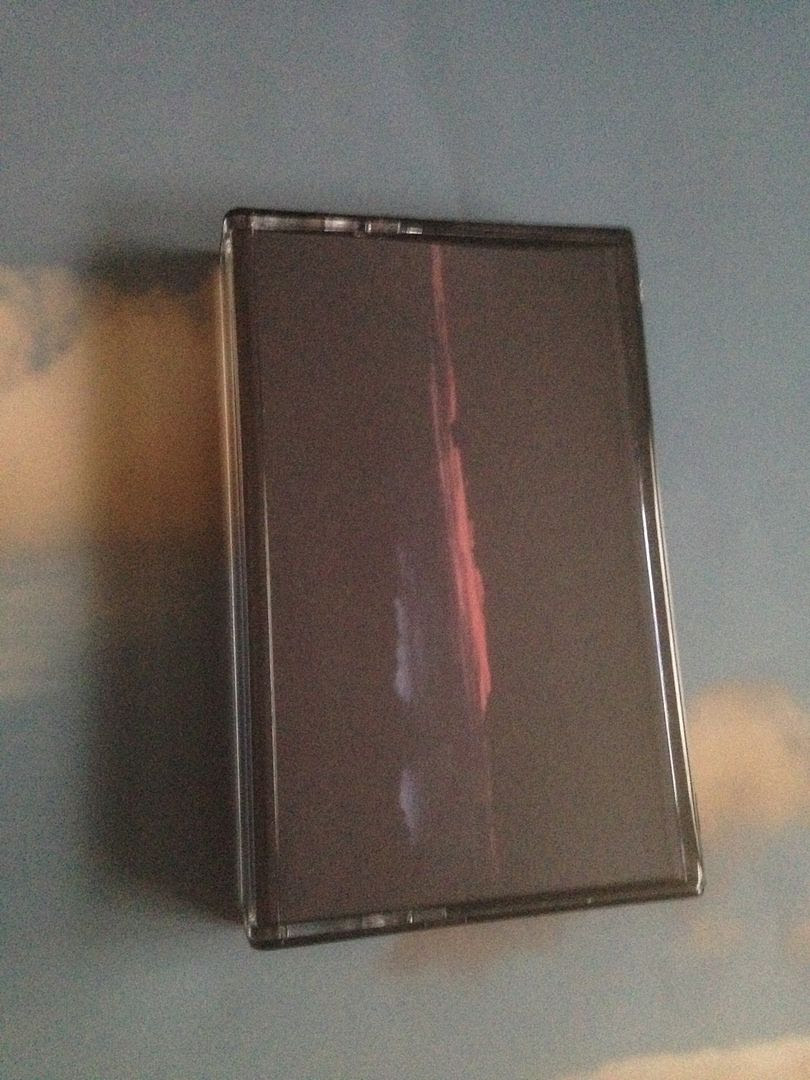 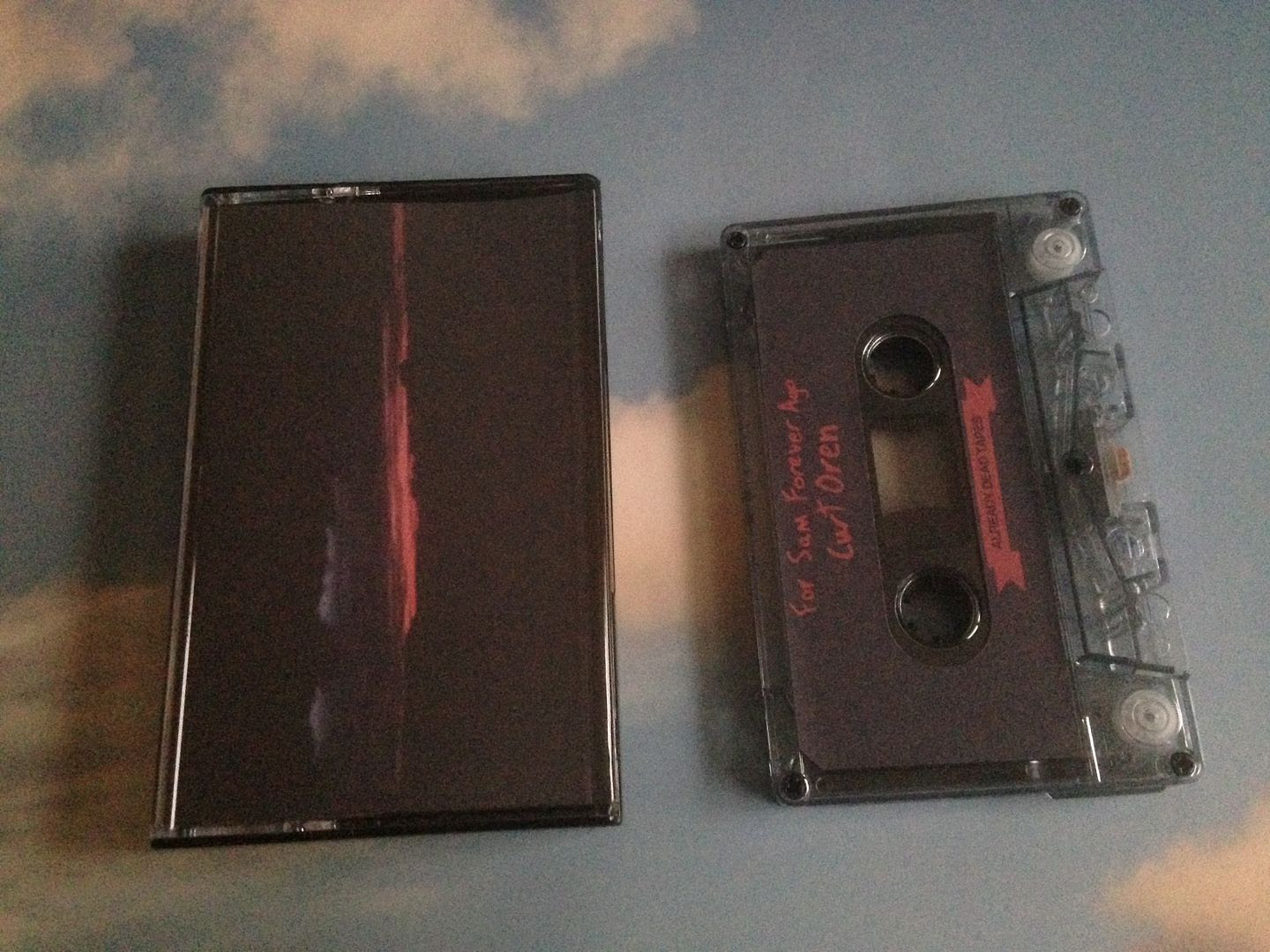 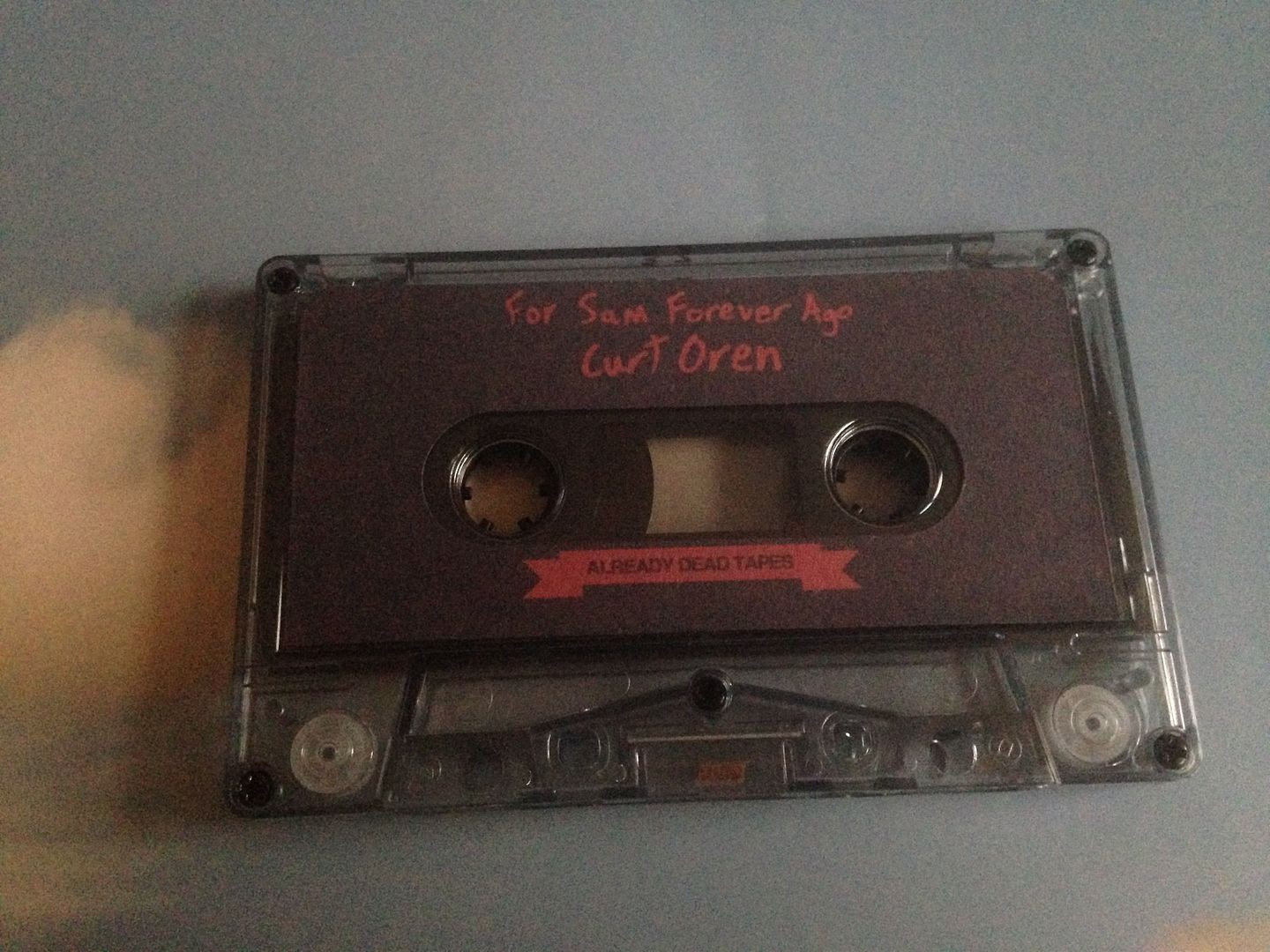 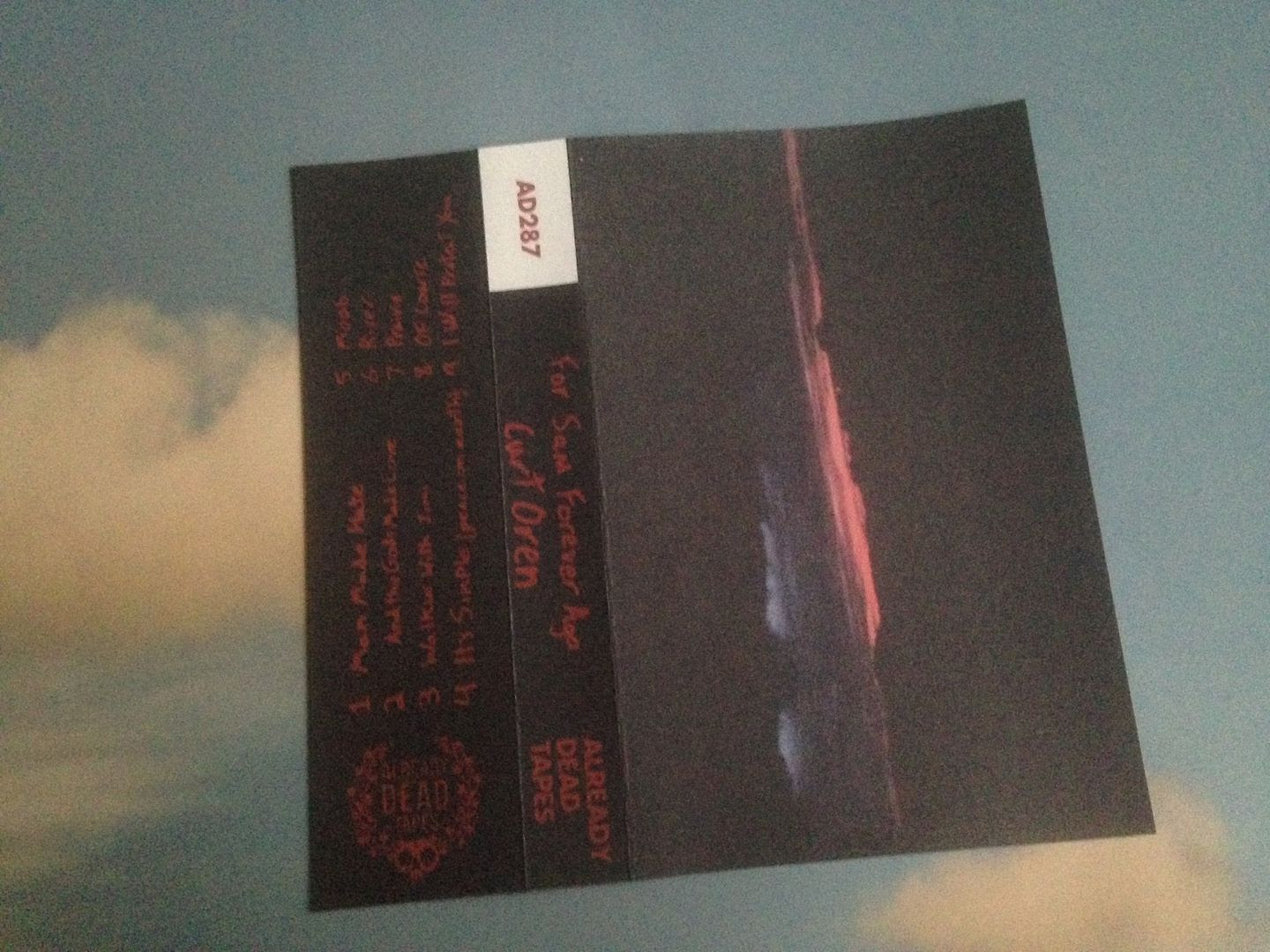 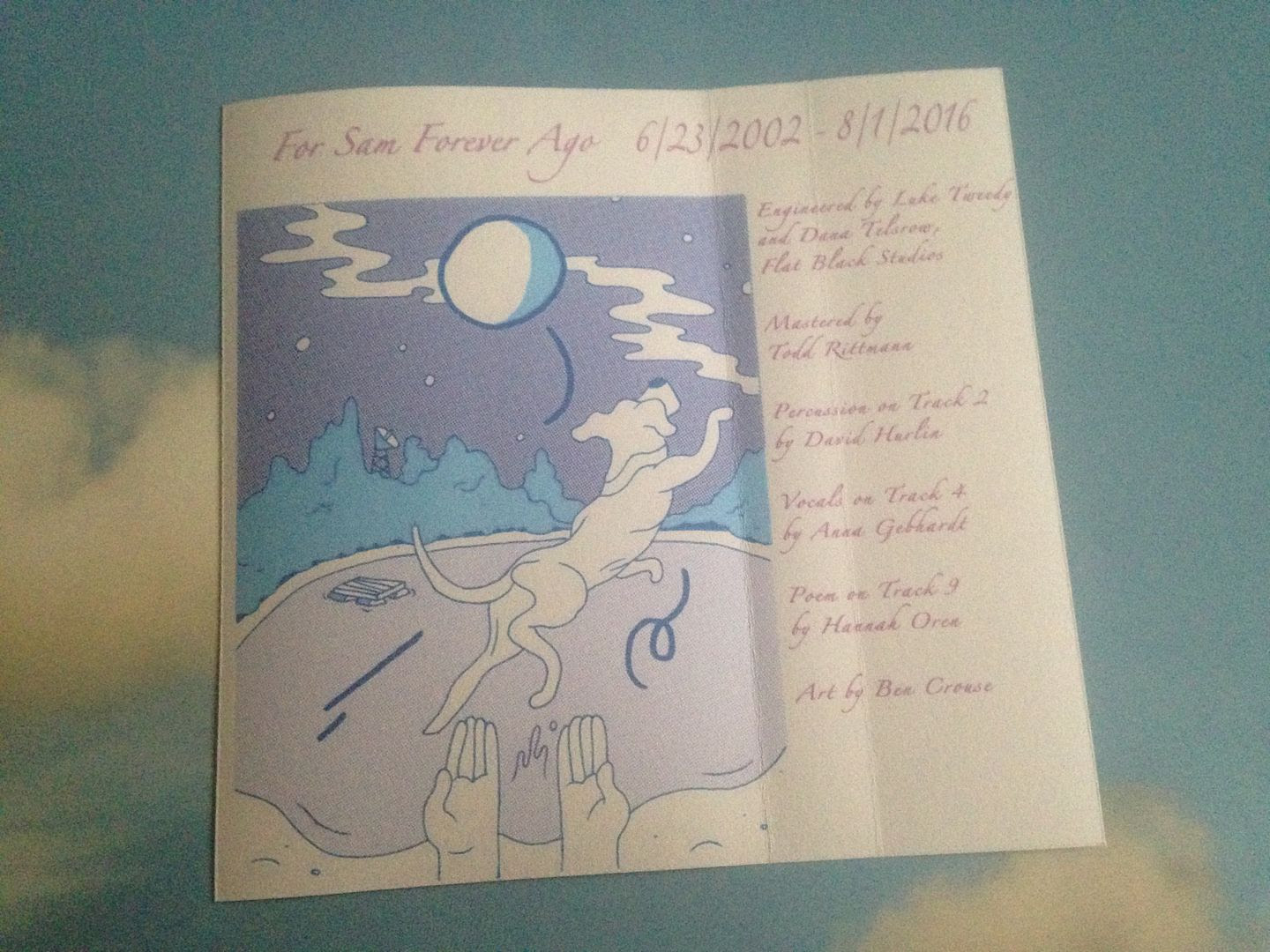 Posted by Joshua Macala at 7:11 AM