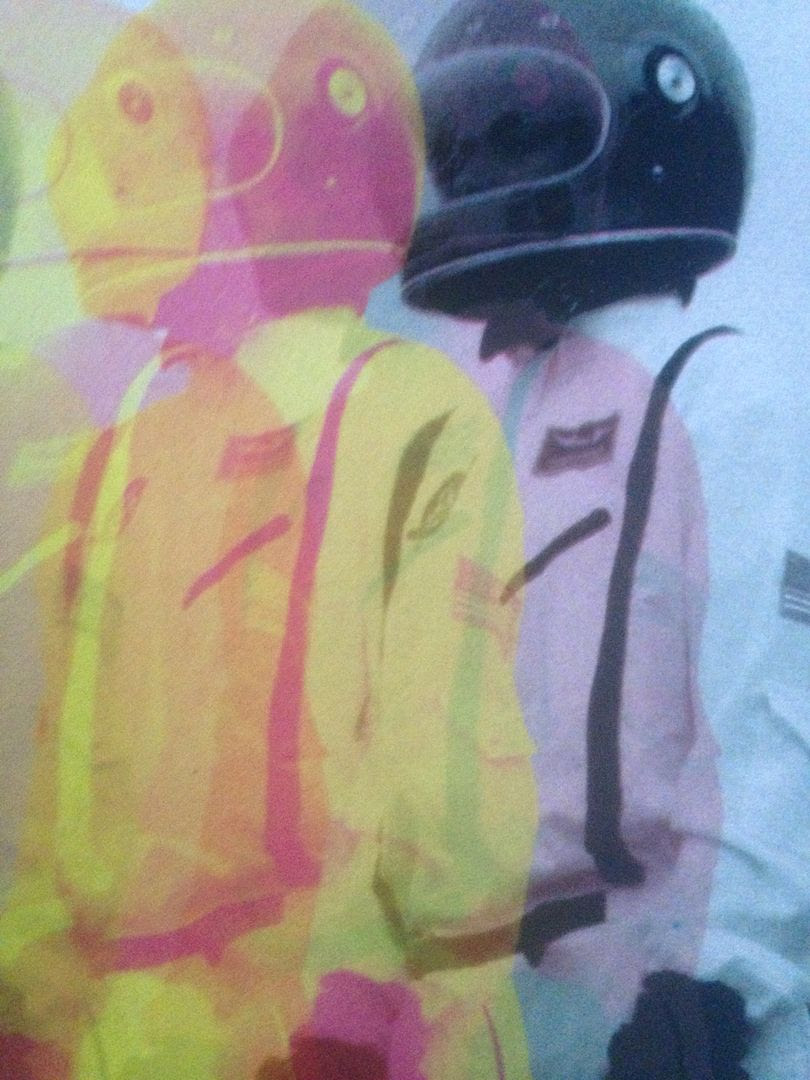 Whoever says you can't make fans based on one song is wrong.   Okay, maybe I've said that before.   A lot.   Even recently on Twitter when ranting about someone sending me single songs and wanting me to interview those artists when all they have to show for their craft is... one... song.    But whenever you have a rule (such as "Don't judge a band by one song") there always has to be an exception, right?   WEEP WAVE, in many ways, would be that exception.

When I heard the song "BirdHouse" I immediately feel in love with WEEP WAVE.   It was on SoundCloud, so of course I searched for WEEP WAVE and found them on Bandcamp as well, which brought me back to this cassette from 2017 (it was released about a year ago)  If vinyl is your thing though, you can also get these three songs on a 7" for $5 plus shipping-- I just want to throw that out there as well.

My thing with WEEP WAVE is that it should be a band that's really sad and makes you want to cry, hence the idea of "weep" and being in front of "wave".   What WEEP WAVE really sounds like though is some radio rock band (think Muse) only a bit more complex.   You know, there are these big distorted guitars and just hooks for days, but they break down into odd sections you might not be able to get away with on the radio.

With my love for WEEP WAVE only growing strong every time I listen to them, I wonder why you are not listening to them yet.   After hearing "BirdHouse" I not only purchased this cassette but I also bought a hat because even though we're in a heatwave still (which seems to be all summer) my mind thought "It's going to get cold soon, you're going to need this" and I just liked the overall look of it while also wanting to support one of my new favorite artists. 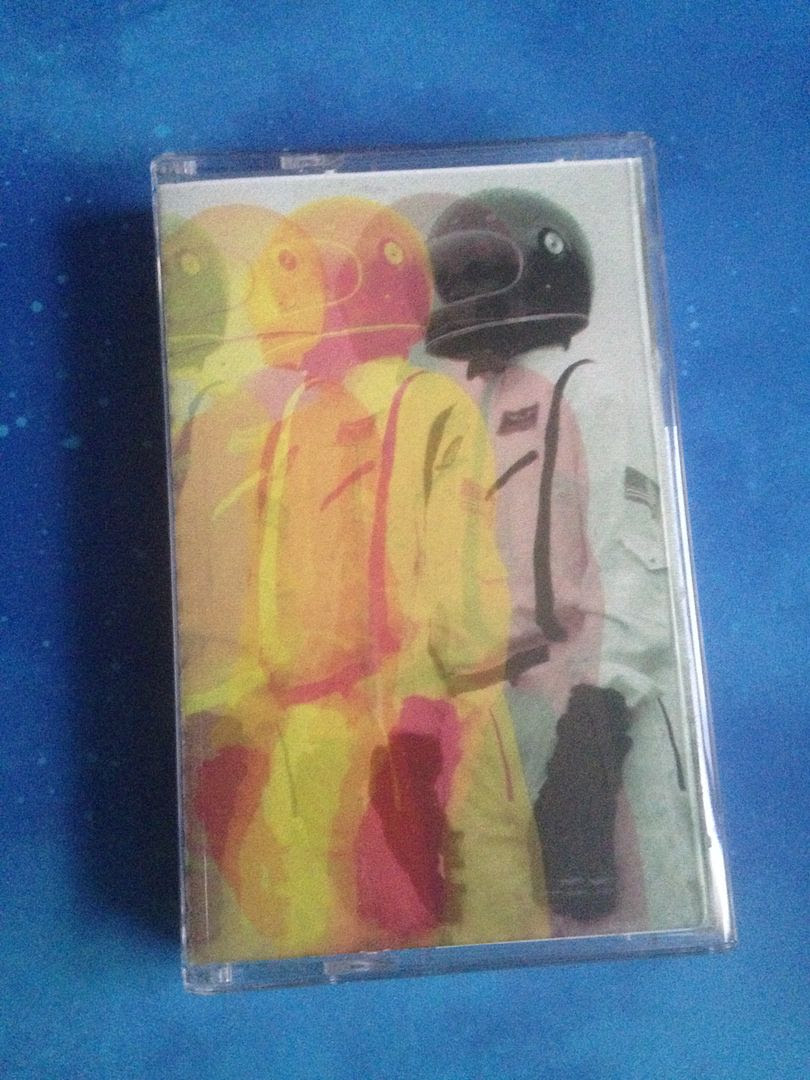 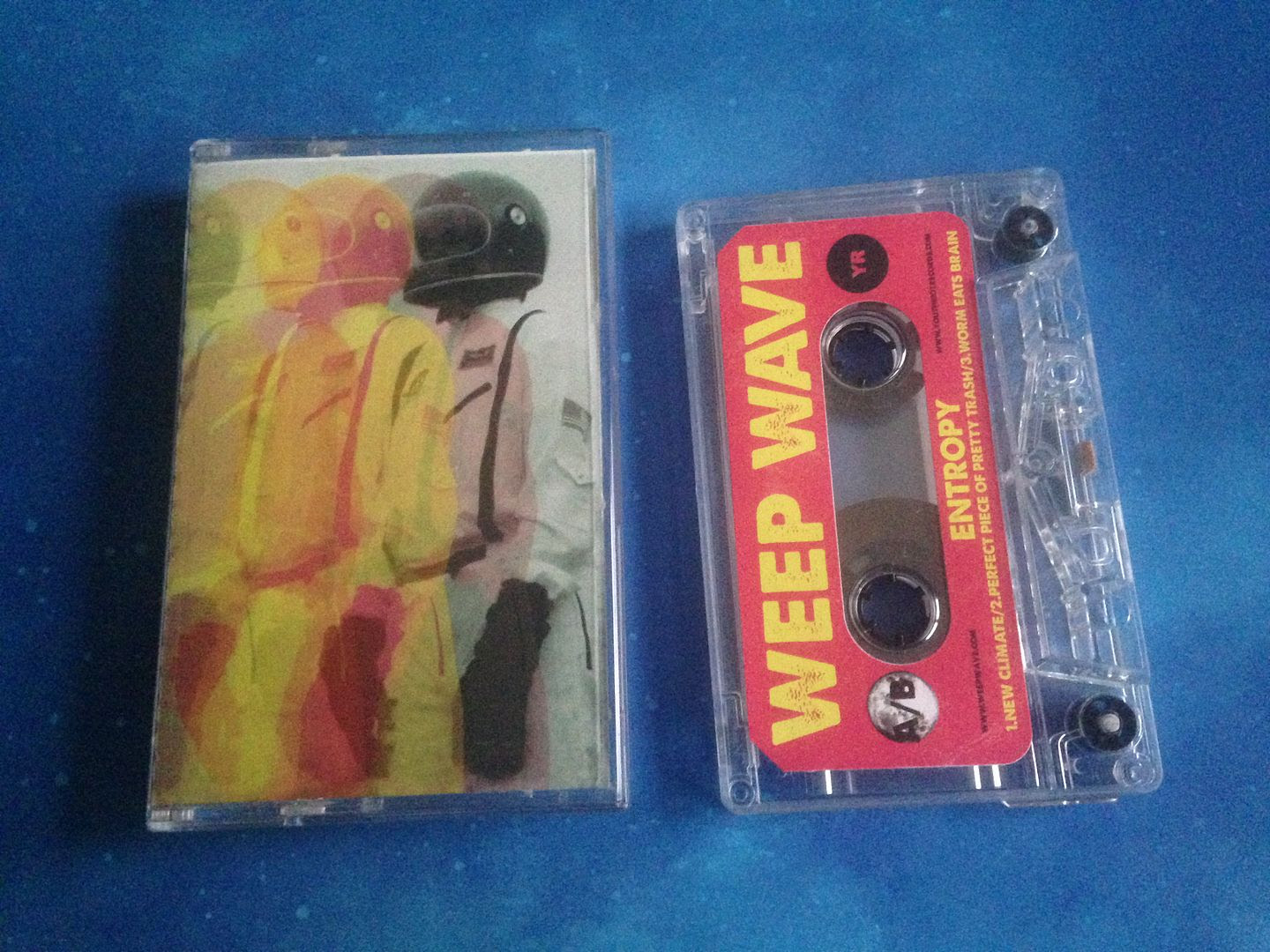 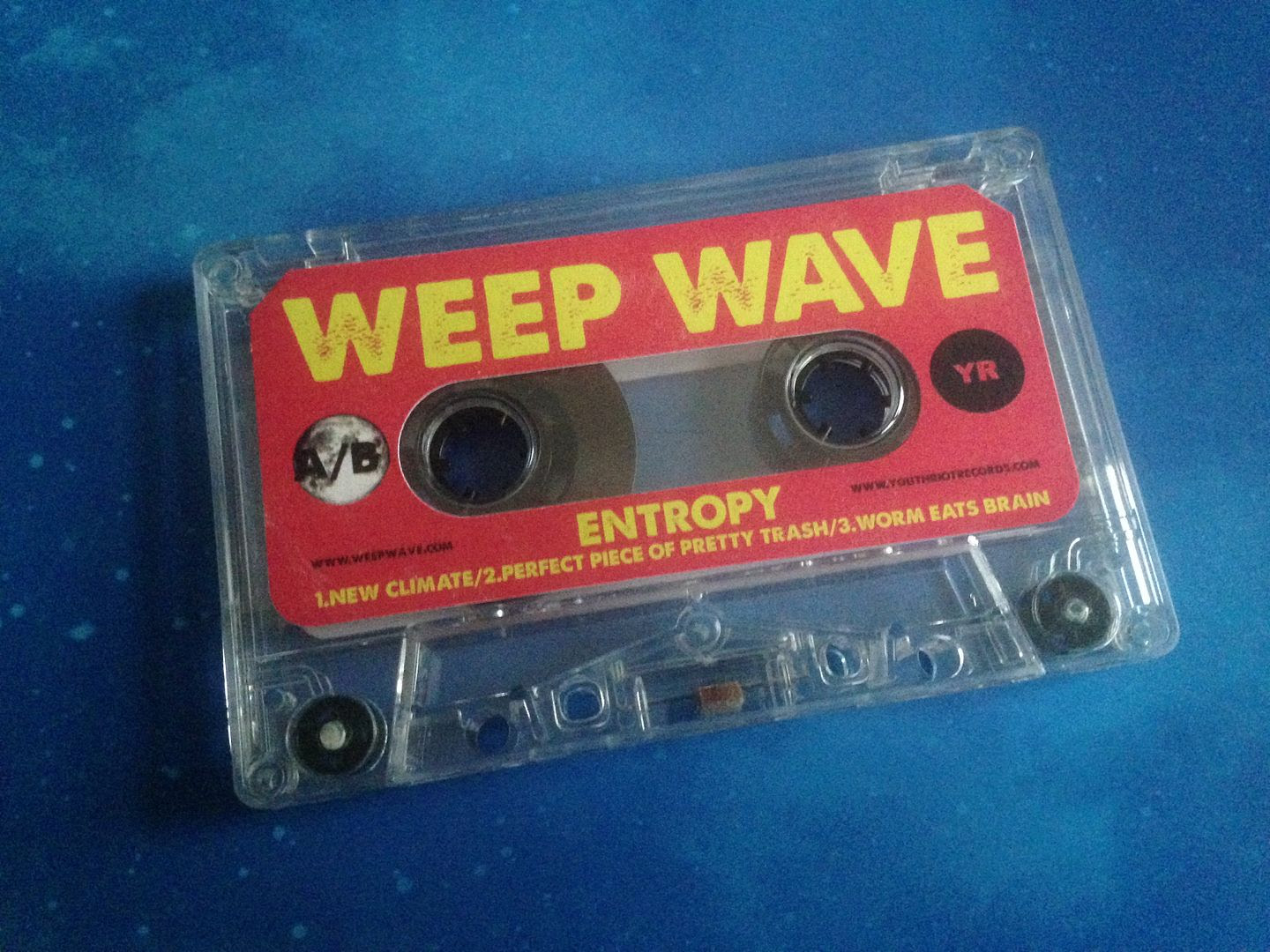 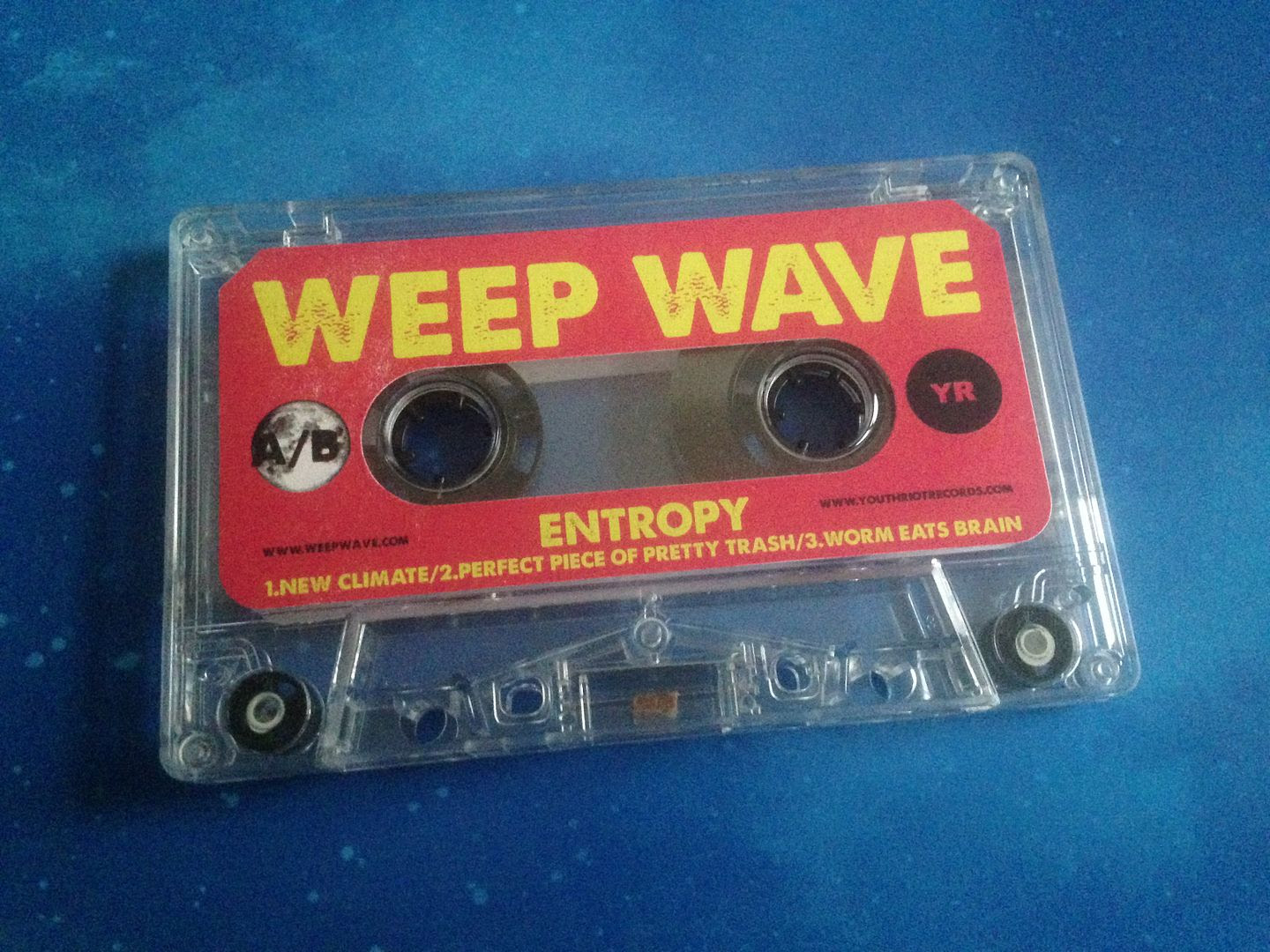 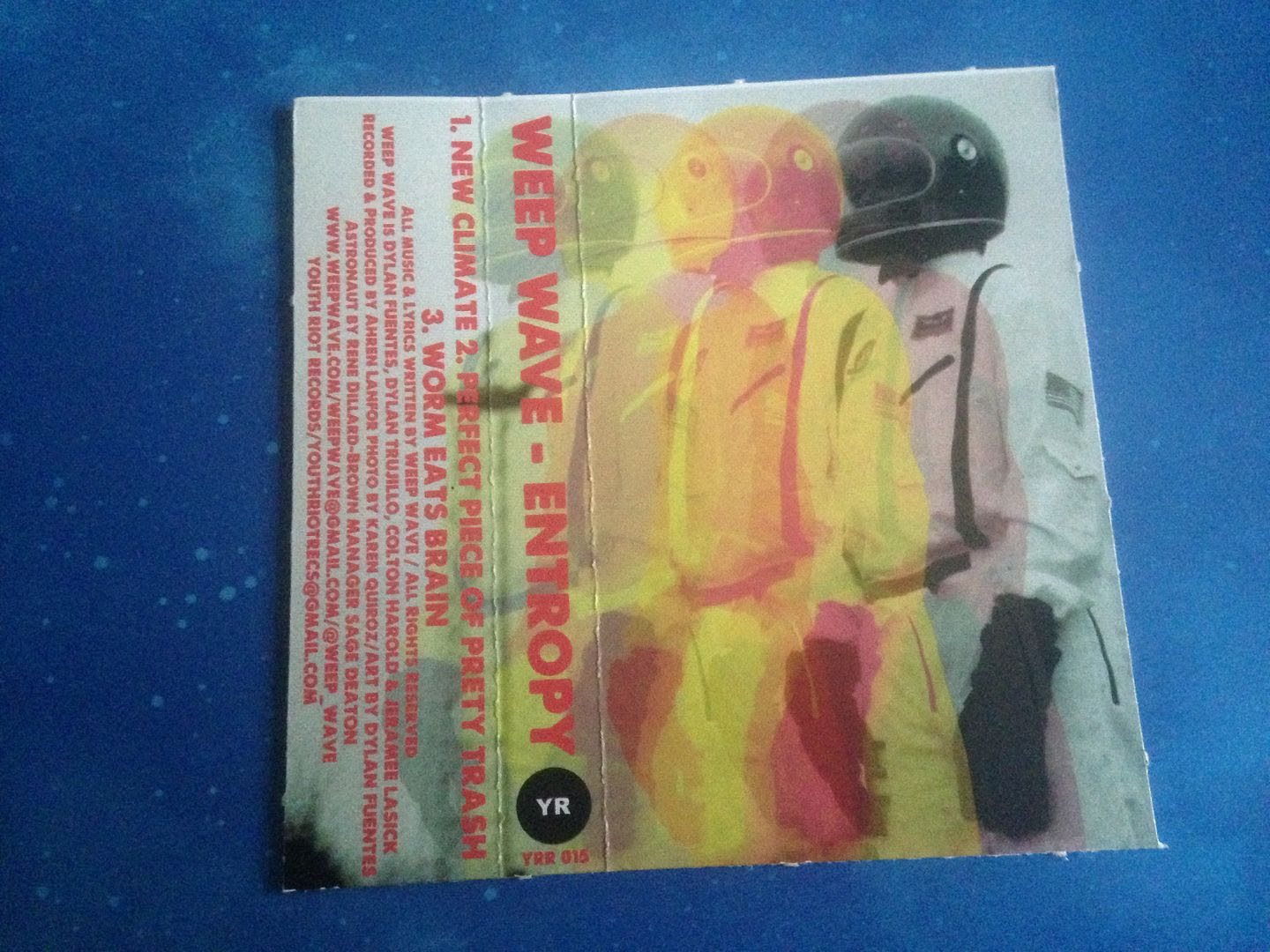 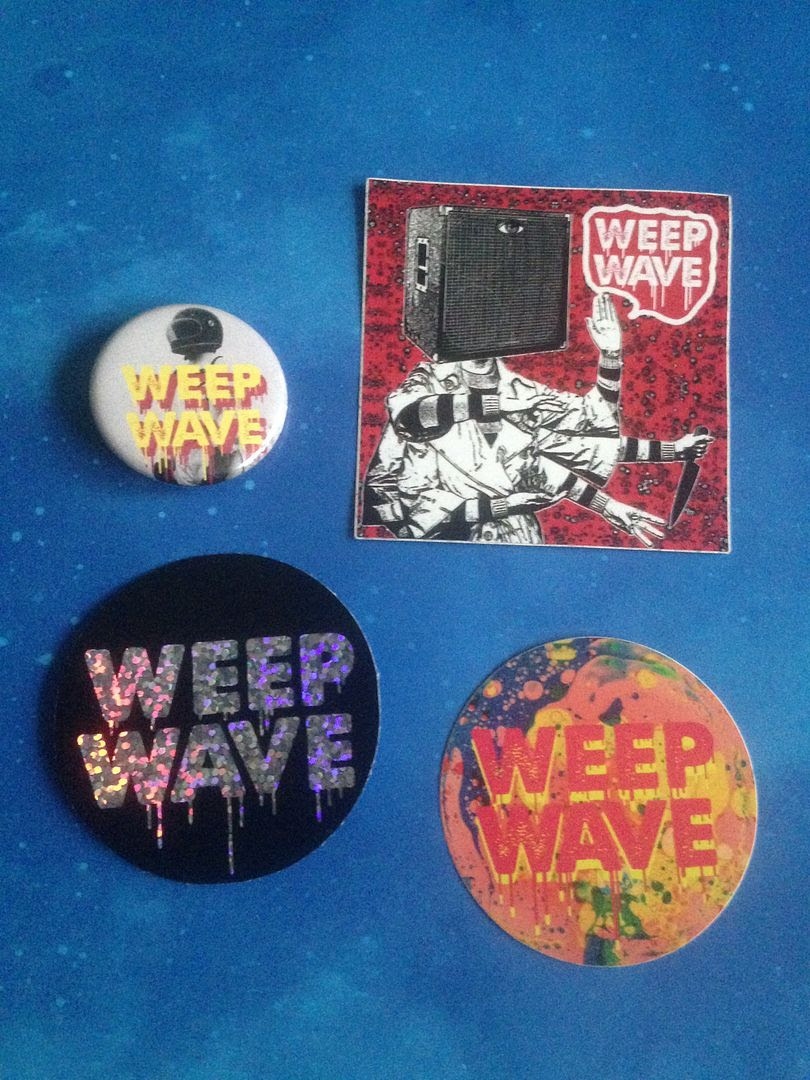