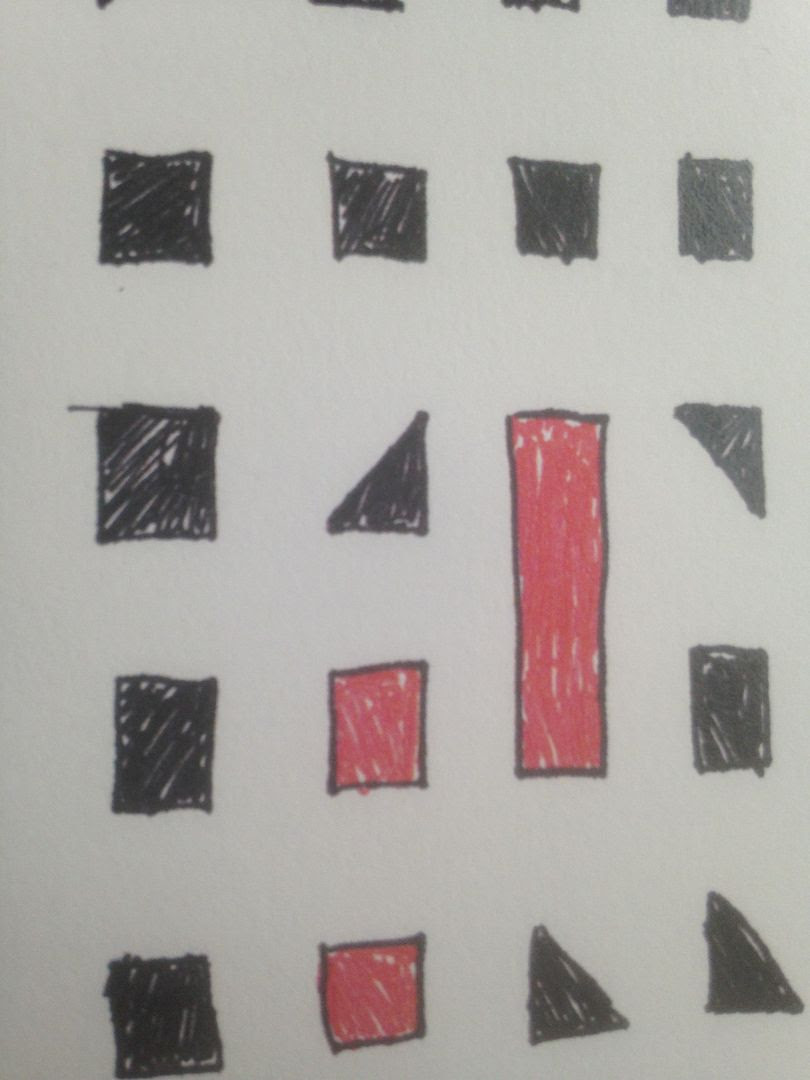 "Odd World", which is the Odd Person side of this cassette, begins with this jangling guitar hook that sounds like we're going to go into something somewhat familiar, perhaps that song by Cage the Elephant about there being no rest for the wicked.    But it also seems to maintain this "Low Rider" type quality, like something from the classic rock days of Traffic.   As it makes these quieter static bursts it feels like we're going into calmer, more delicate string plucks as well.    There is this sense of darkness in the background, like a fog, but the plucks are out there in front of it all.

We dive into this guitar sound next which has percussion in it and it has this work-man vibe to it where it's just like someone hitting the nails on the train tracks or just some sort of mechanism that's turning (the gears inside a clock for example) and they just make these sounds not because of the rhythm or for music but because it is their function.   There are guitar notes which accompany this and I like to think of it as some sort of tool-based symphony but if I call it that it feels like I'm name-dropping the band when in fact I'm referring to things such as hammers and screwdrivers and the such.

This gets into a pretty heavy wood block sound, when it feels like the drumming is acoustic and I can't quite put my finger on what is being used to create it but the strings still persist though this time they sound more like a sitar or something smaller than a guitar but not quite a violin.

"Cool World" starts with tones which create patterns and fall in pleasant sequences.   Remember when there was that movie "Cool World"?  I love that movie.   This is like floating on the clouds, a series of synths which makes for an enlightened feel.    If you listen to this while meditating I feel like it could serve you well, though even just putting it into your Walkman while, uh, walking around town will give you a new outlook on things as well, I'd imagine, if you live in a city with character such as I do.

As other tones come in though, this does begin to feel warped, as if it's falling off.   It continues in what could be heard in a country in Asia, or for that to be its country of origin that is to say, and then it also has these synths which feel like they blast off into space so it feels like no single country nor universe can contain these sounds.  Then it just sort of cuts off and that's how it all comes to an end.

What I like most about this cassette- and why you should be listening to it- is that on Side A Odd Person creates these sounds with what sounds like mostly guitars but there are other non-traditional sounds placed in as well, while on Side B Cool Person seems to utilize synths and little else.   In that way, they sort of seem like opposites in how they were created.   They also feel like opposites because of how they are presented- Cool Person in an outerspace/future type of sound, Odd Person more organic, down to Earth in its feel, and yet, somehow they have similarities which when you really listen you will discover. 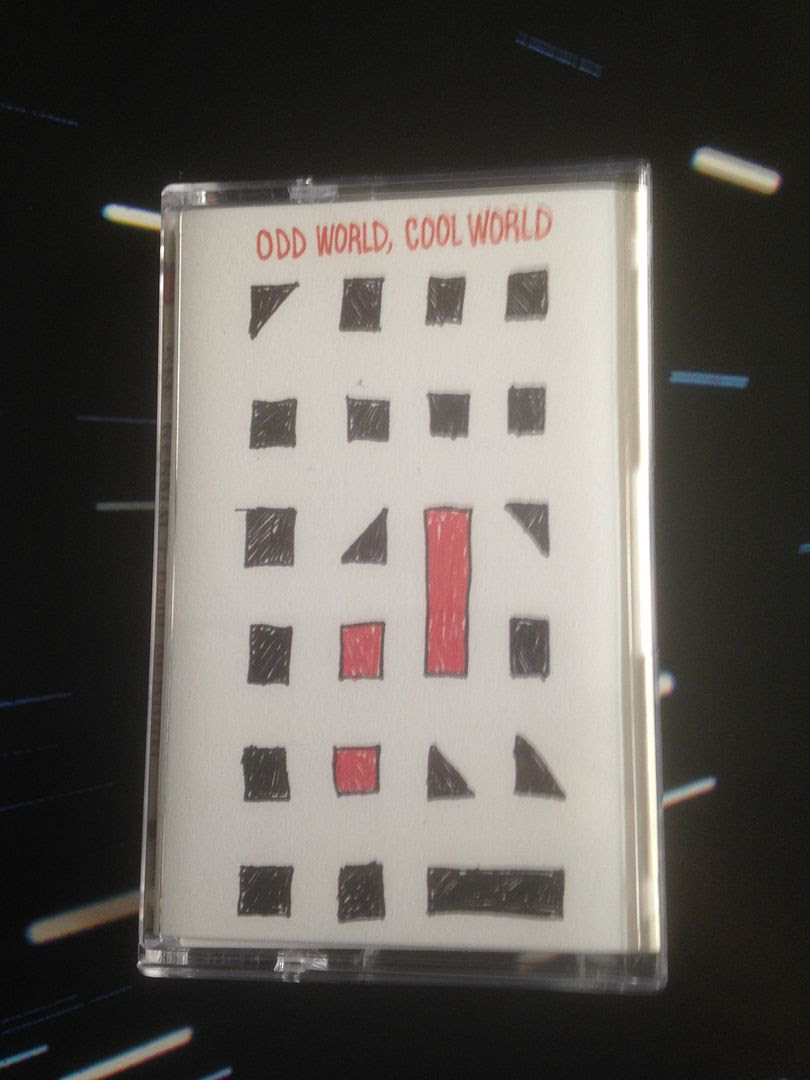 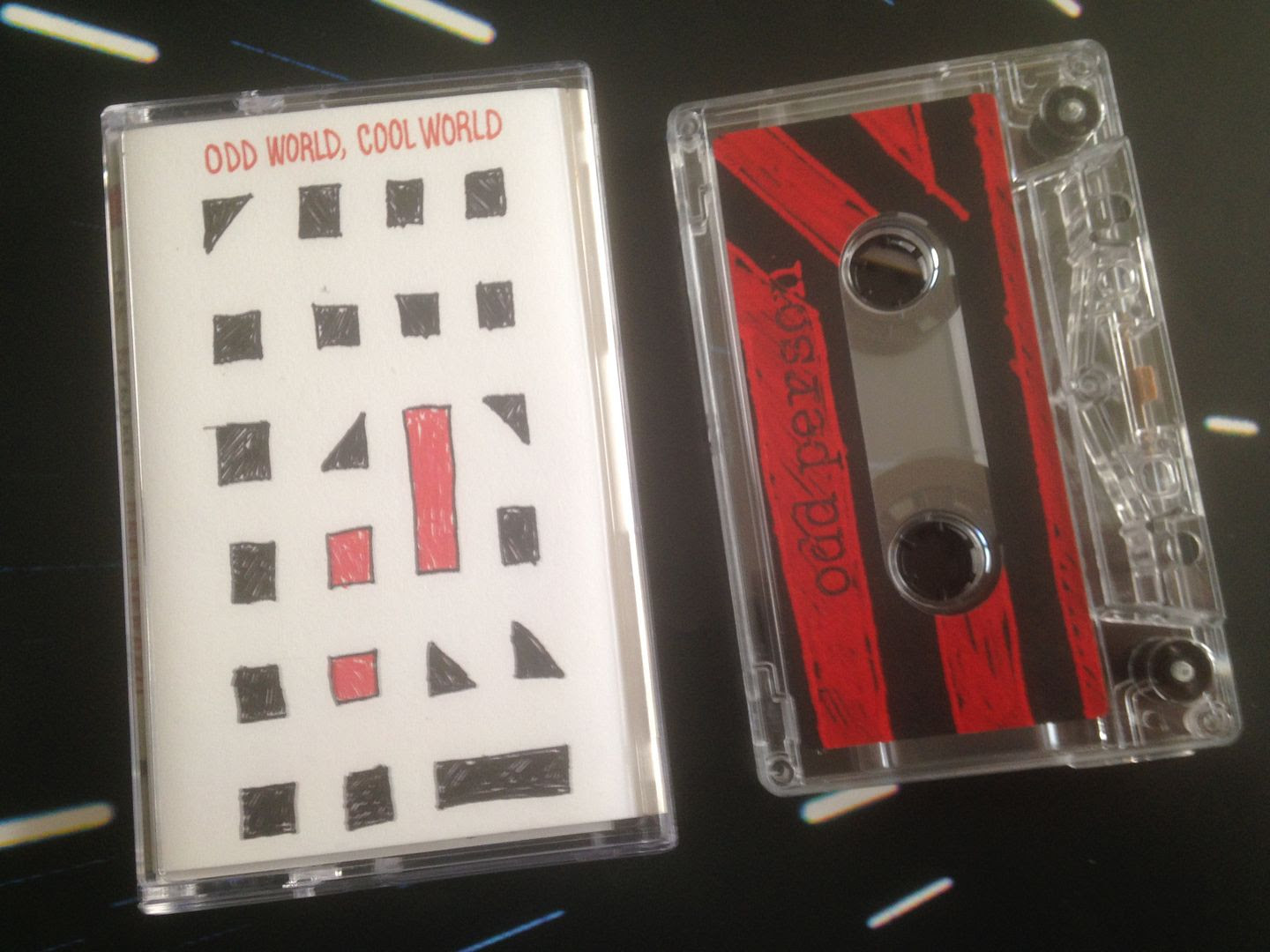 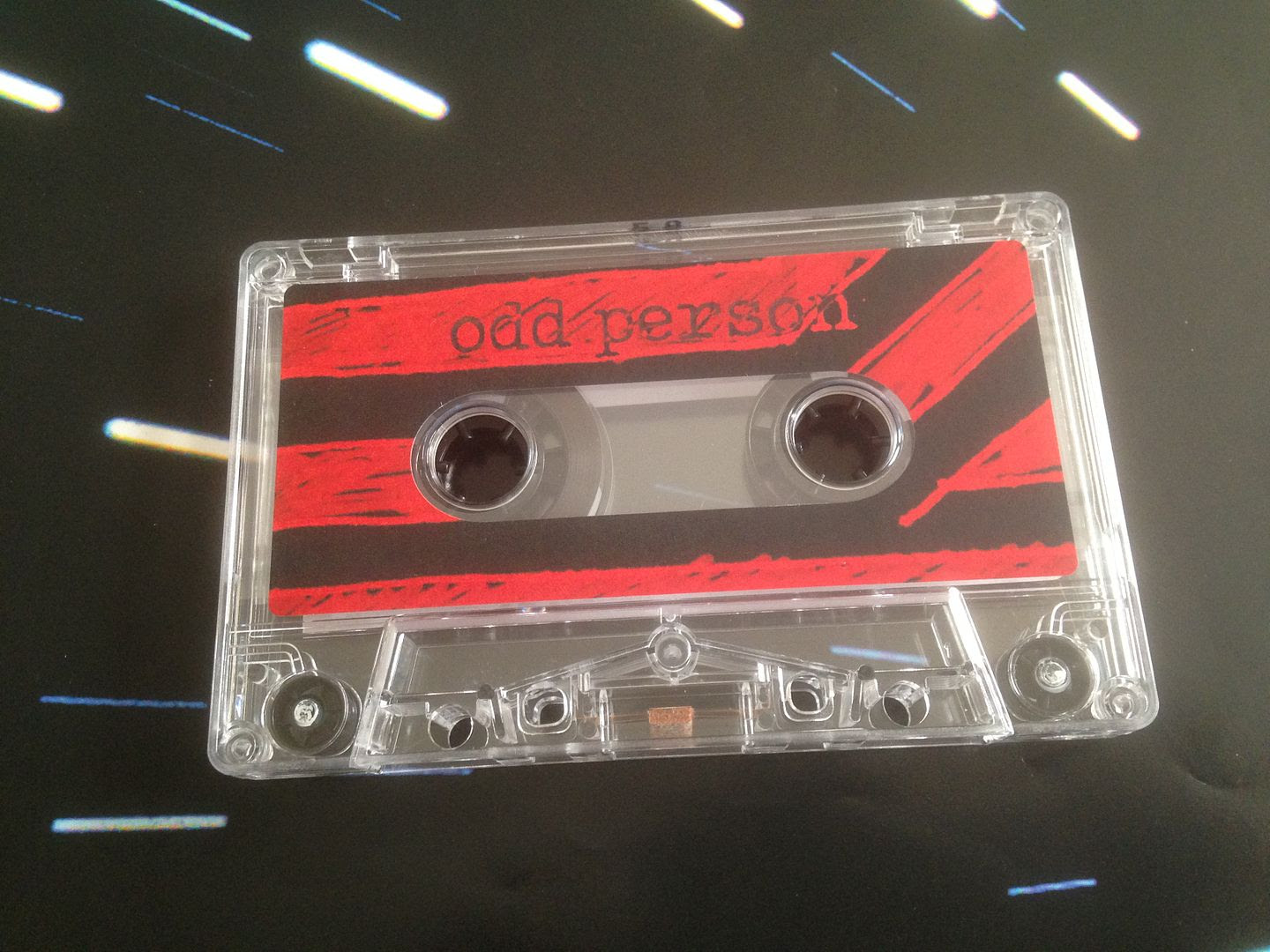 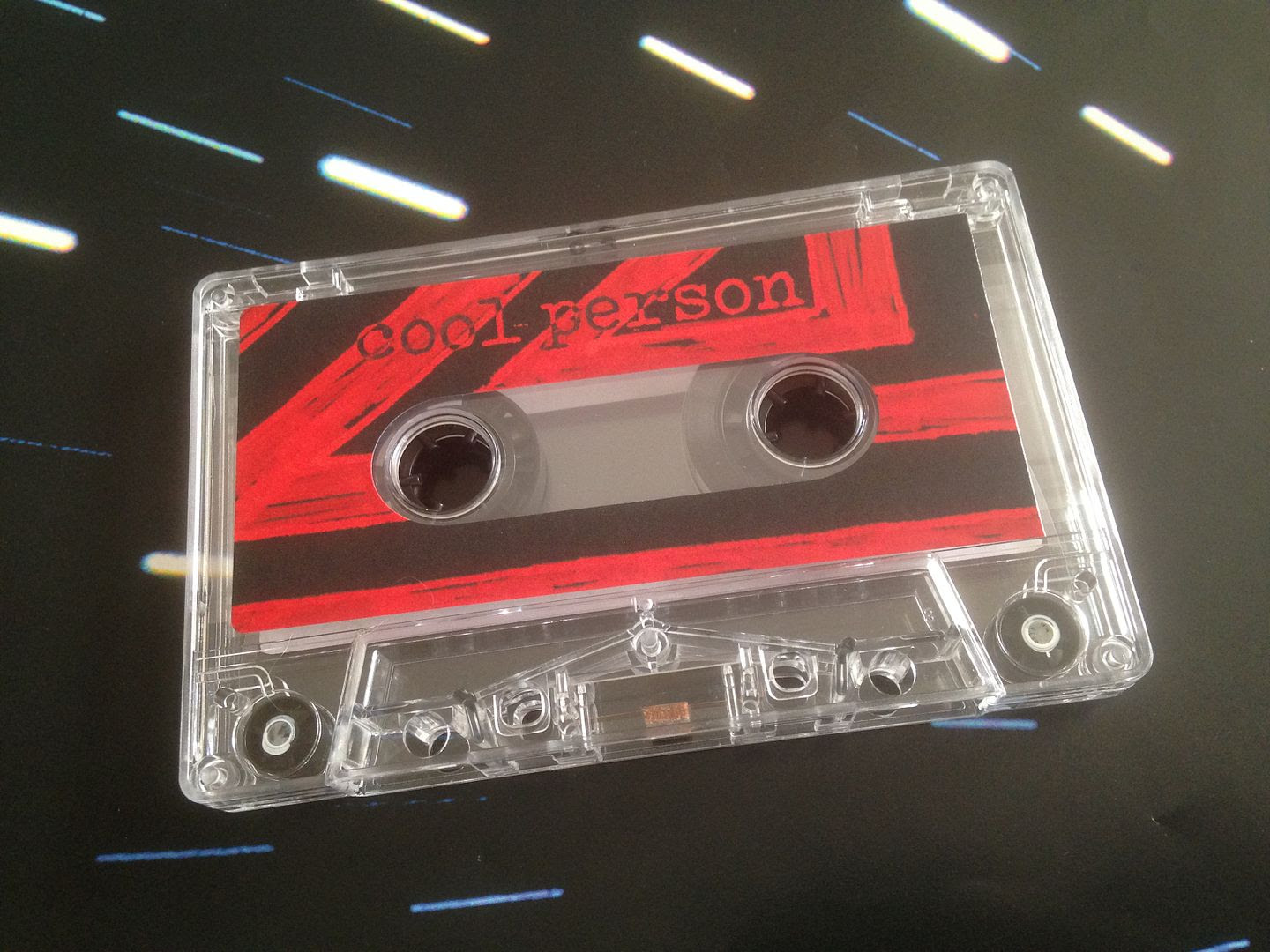 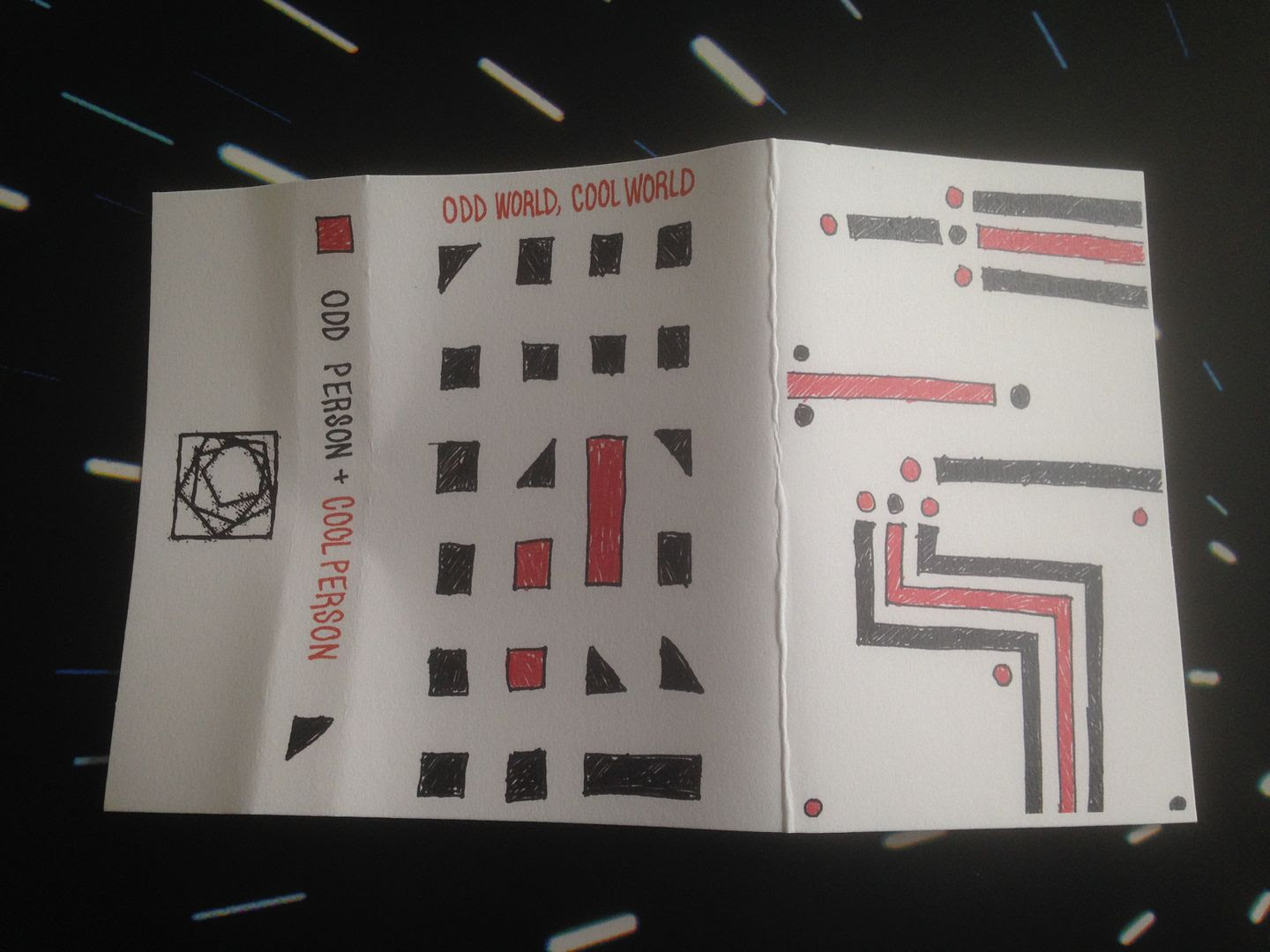 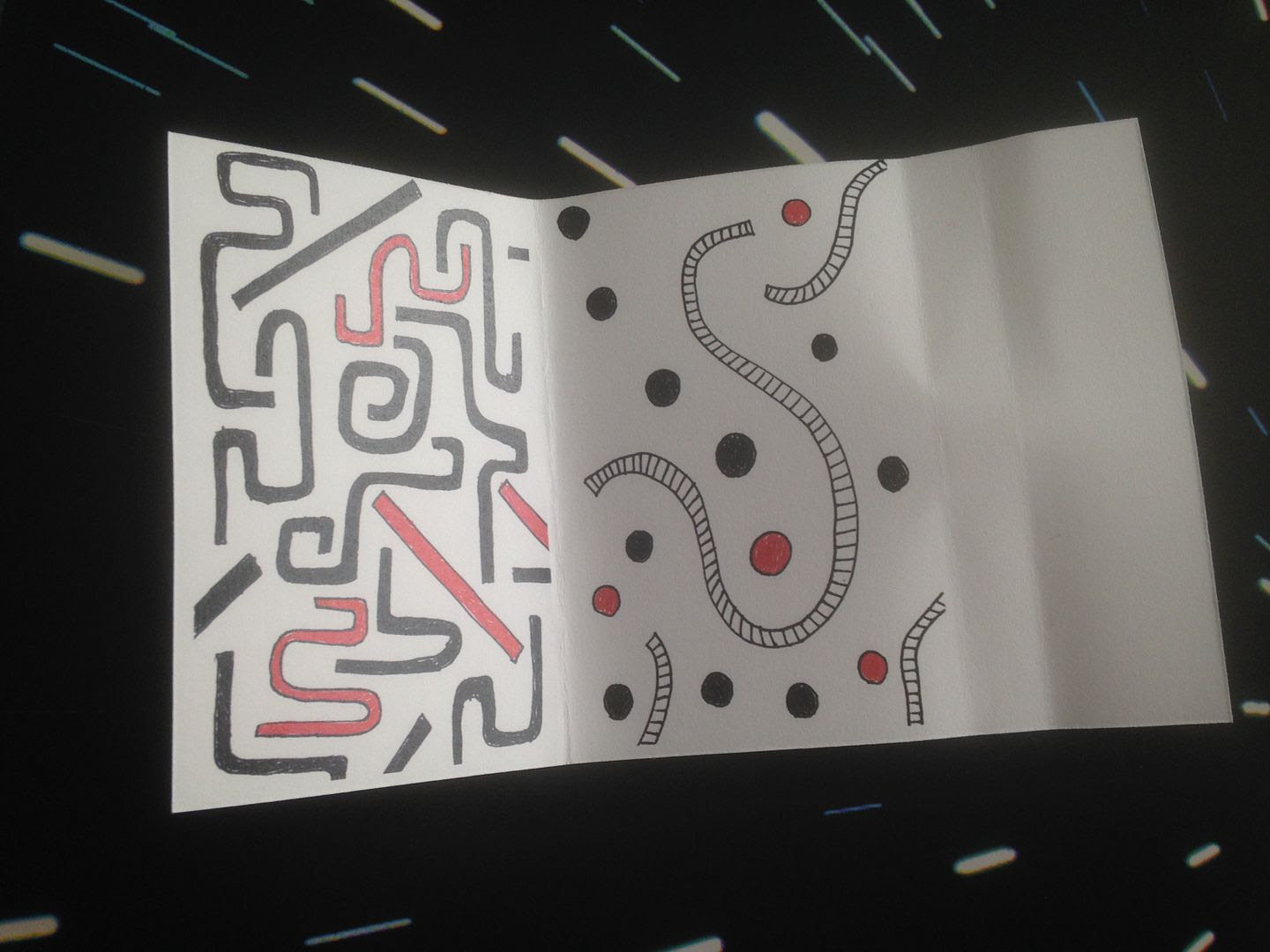 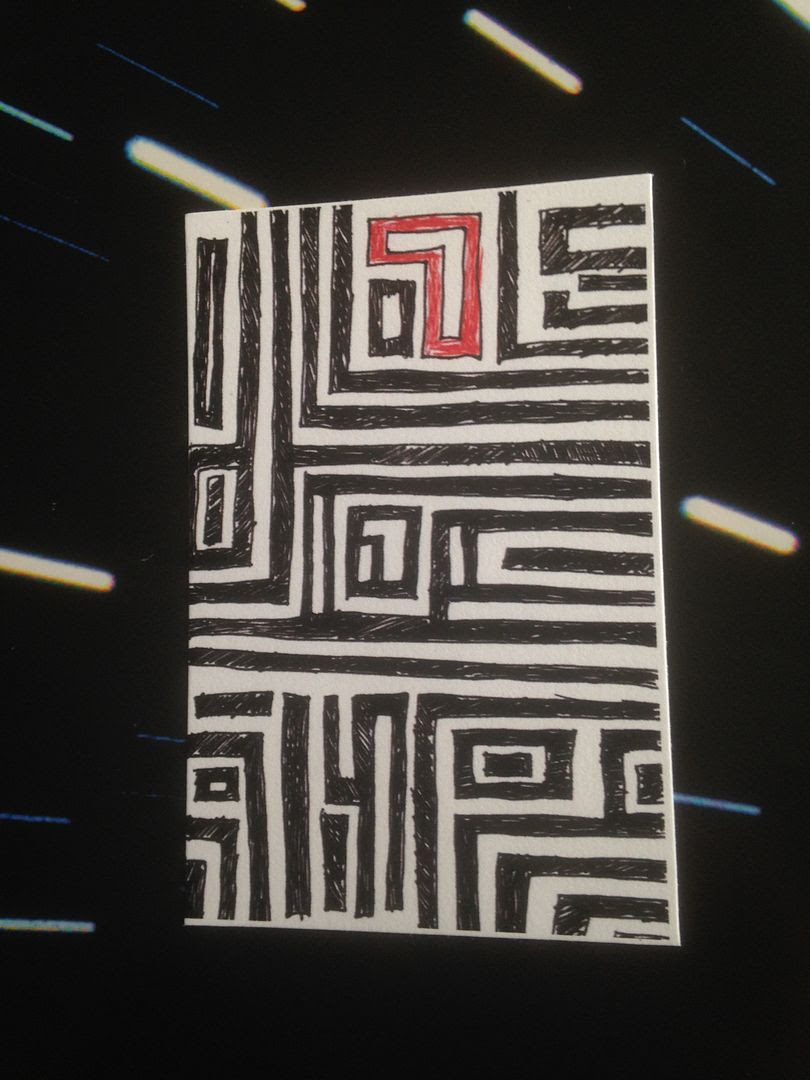 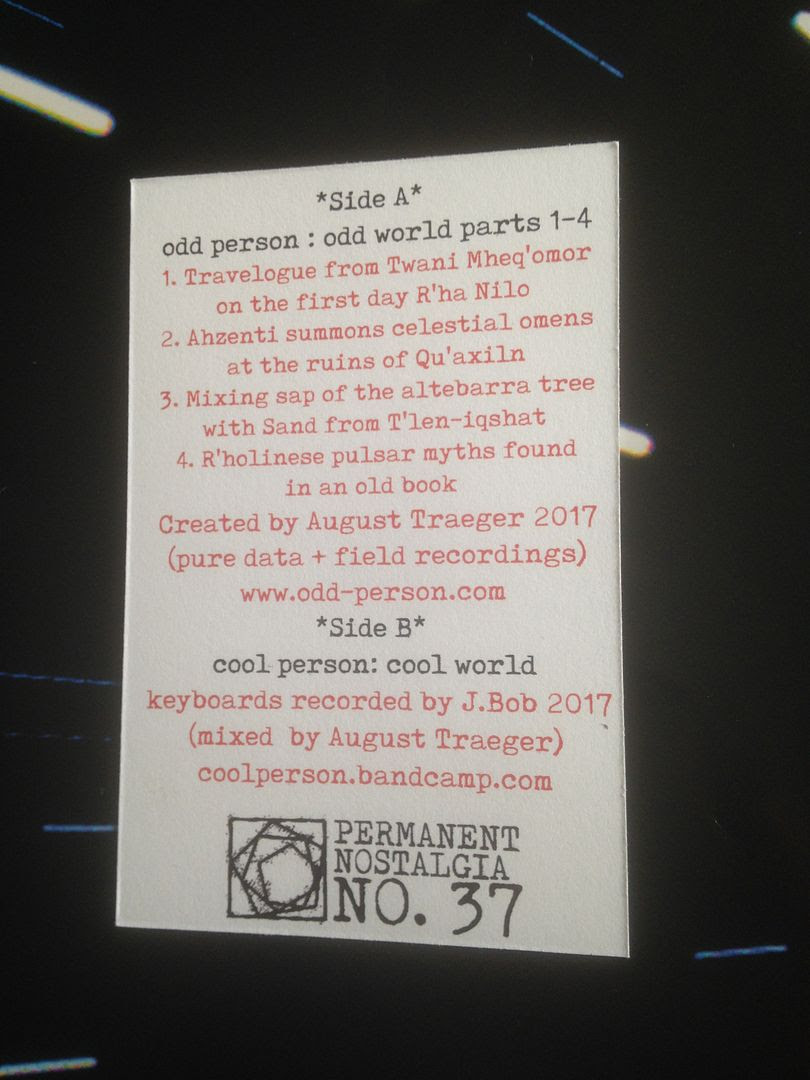