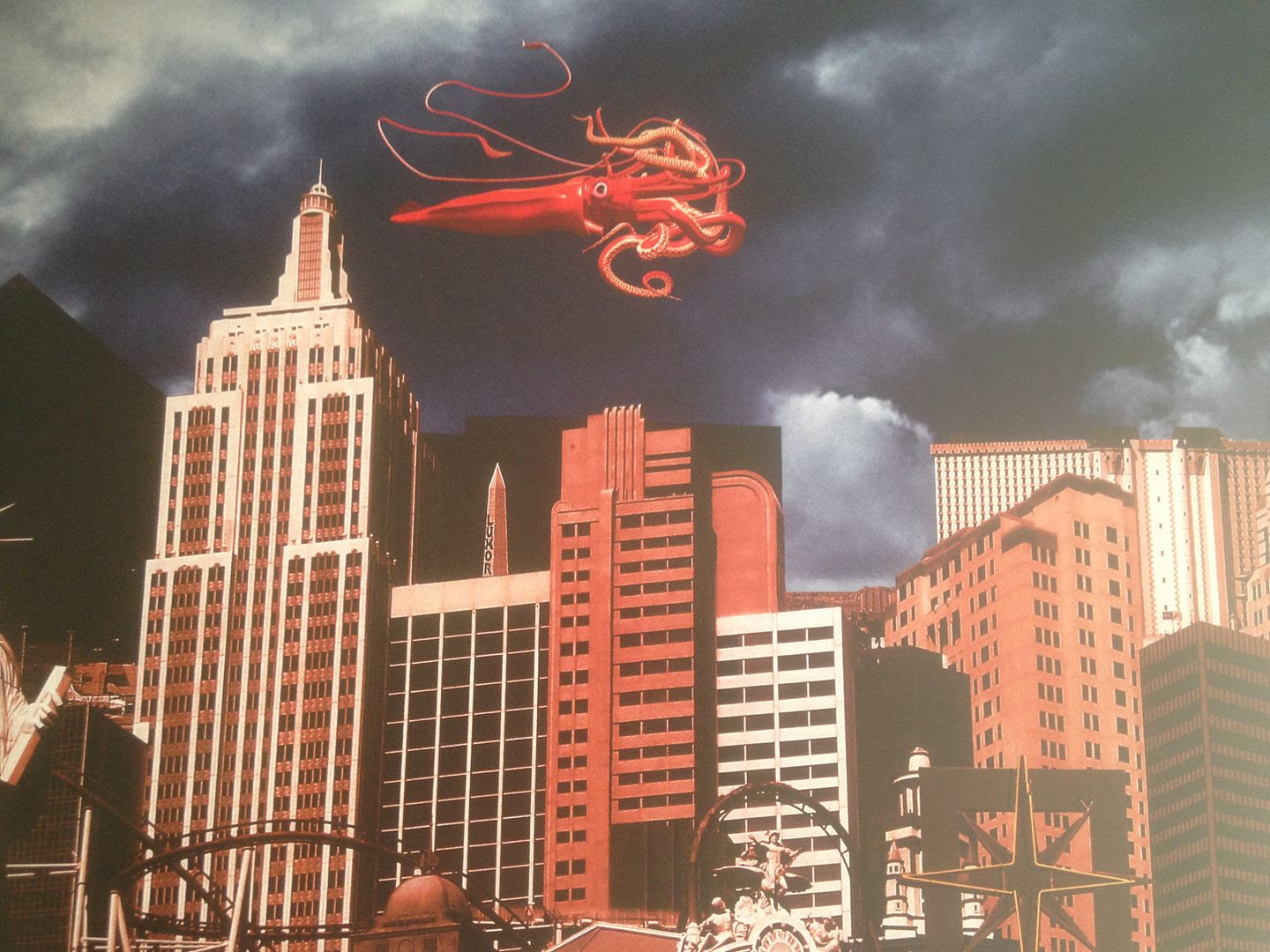 When you listen to a double record of covers it can be difficult to write about it just because you should imagine it as being pretty straight forward itself.   If you have a great punk band (And all of these bands on here are great) covering a classic song then it's kind of hard to screw that up, right?

This begins with The Gashers trading off vocals on "No Feelings" and if you're getting started with the Sex Pistols you know you're on the right track.   The Heiz are on here with "That's Rock N Roll" and The Civilians do a cover of "Bad Reputation" that is *not* the Joan Jett version (it's the Thin Lizzy one)   Franks & Deans are a lot of fun.   Guilty By Association takes a long song in "We Are The Champions" and really speeds it up, and, yes, if they wanted to do an entire tribute to Queen I would totally listen to it.    The Damnit Jims really sound like The Ramones on "Gimme Gimme Shock Treatment" and that is not a bad thing.

The Quitters kick off Side B with "Lust For Life", which is as rocking and rowdy as you'd expect (but is there any other way to do it?)   The Psyatics crank out "Pigs (Three Different Ones)" which might not be a punk song originally but they make it work and I'll never argue with a little bit of Pink Floyd.    Possibly one of the most iconic songs by Fleetwod Mac (and maybe not punk, per se) is belted out by New Cold War, who you should also know by now if you've been keeping up with my reviews.    Hard Pipe Hitters tackle the punk classic "Sonic Reducer" and if you don't know The Dead Boys, you do now.

The Negative Nancys do the Buzzcocks' "Boredom" and Rayner makes us all contemplate why Jimmy Buffet has such a big following when he's only really known for one song.    The Scoundrels kick off the second record with "Friction", which of course comes from Television and these are both bands you should be listening to here, people.   The Dirty Panties cover one of my all-time favorite songs in "Psycho Killer" (Talking Heads) and as if you expected anything less from me I have to shout out Tomasso Ciampa on this one.

Bloodcocks UK (who also have an album on SquidHat) do "Sex and Drugs and Rock N Roll" and it makes me wonder if that show with Denis Leary still exists.   [Editor's Note: I just googled it.  It does not] When The Classifieds say they do "The Imperial March", they really do.  I wasn't sure if there was something I was missing, but yeah, it's the Darth Vader song we all know and love.    Go Bold have a kind of acoustic sound but they still really belt out "Three Little Birds", which of course is Bob Marley and if you don't know that get out of this review right now and go ask your friends about Bob Marley.   Someone has to know (If the kids ever forget about Bob Marley I think it's time to call it a day on humanity)

Yes, The Pluralses channel their inner Meat Loaf on "Two Out Of Three Ain't Bad", which always bothered me not as a song but as a song title.  I know it isn't proper and it should be "Two Out Of Three Isn't Bad", but if you put it in the proper form it just doesn't have the same ring to it, does it?   Funny how the English language is like that.    The Pluralses also have one of the most raw punk sounds on this entire compilation.    The New Waves get us one step closer to figuring out that tracklisting for "Volume I" as they cover "I Want You To Want Me".

It's also odd to me that Unfair Fight do a cover of "Warsaw" by Joy Division right after The New Waves because I'd like to hear The New Waves do a New Order song.    Though, in all fairness to The Pluralses and Unfair Fight, Unfair Fight is also a gritty hardcore band so they have similar raw power.   What is called the SquidHat All-Stars lighten the mood a little with "Brick House" and The Civilians & Friends close out the record with "1977" because if you thought you were escaping without hearing The Clash you were mistaken.
In reality, you could buy a record (not a double record, mind you) with ten original songs by some shit band for $25.   This is a double record and it's just under $20.   Whether you're new to punk rock and need to hear these songs to get you into the bands who made CBGB's a scene or you happen to know these songs in their original context, it's a win/win.   There is just no reason why this shouldn't be in your record collection to impress your friends and if you're like me annoy your neighbors. 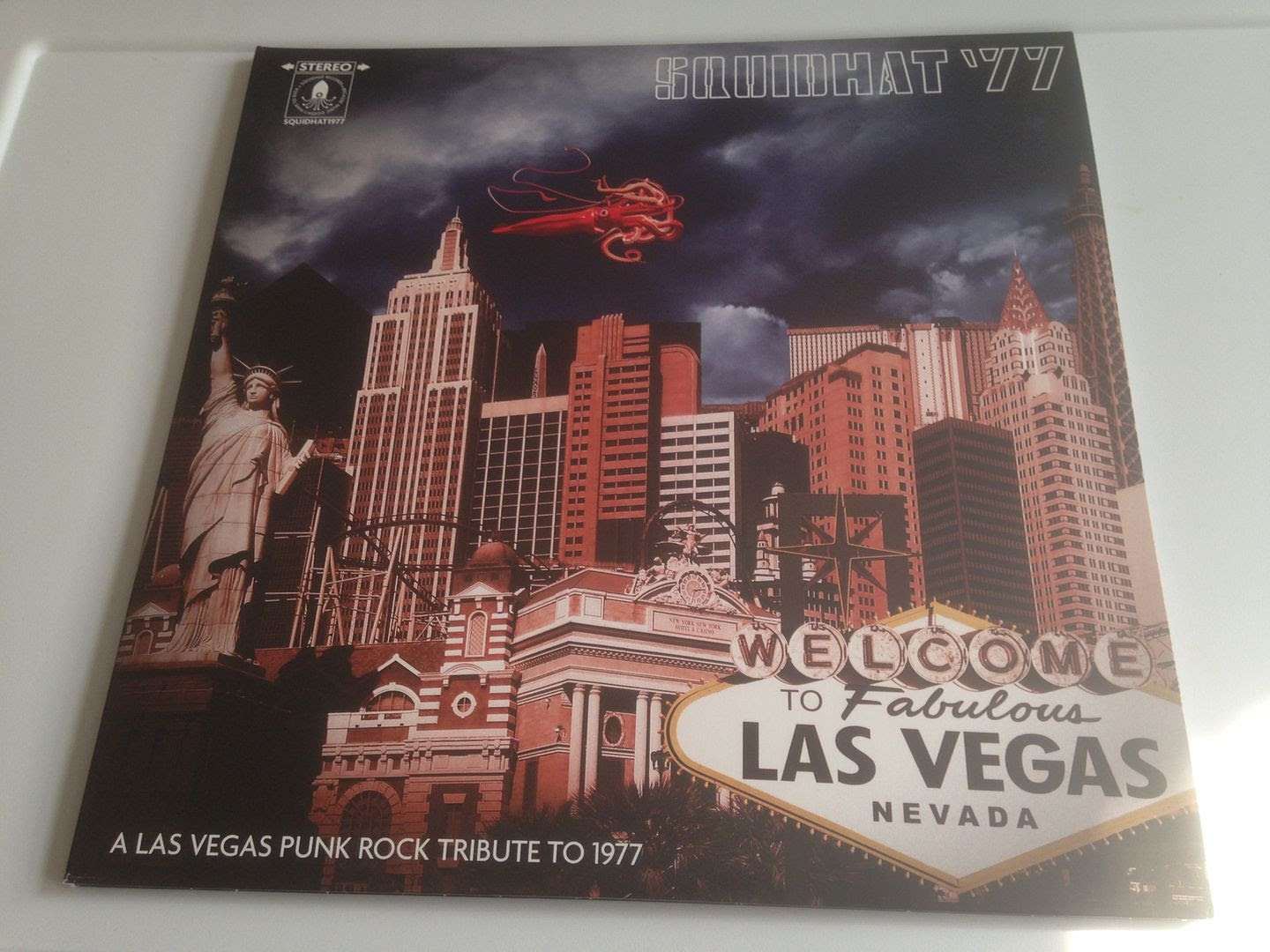 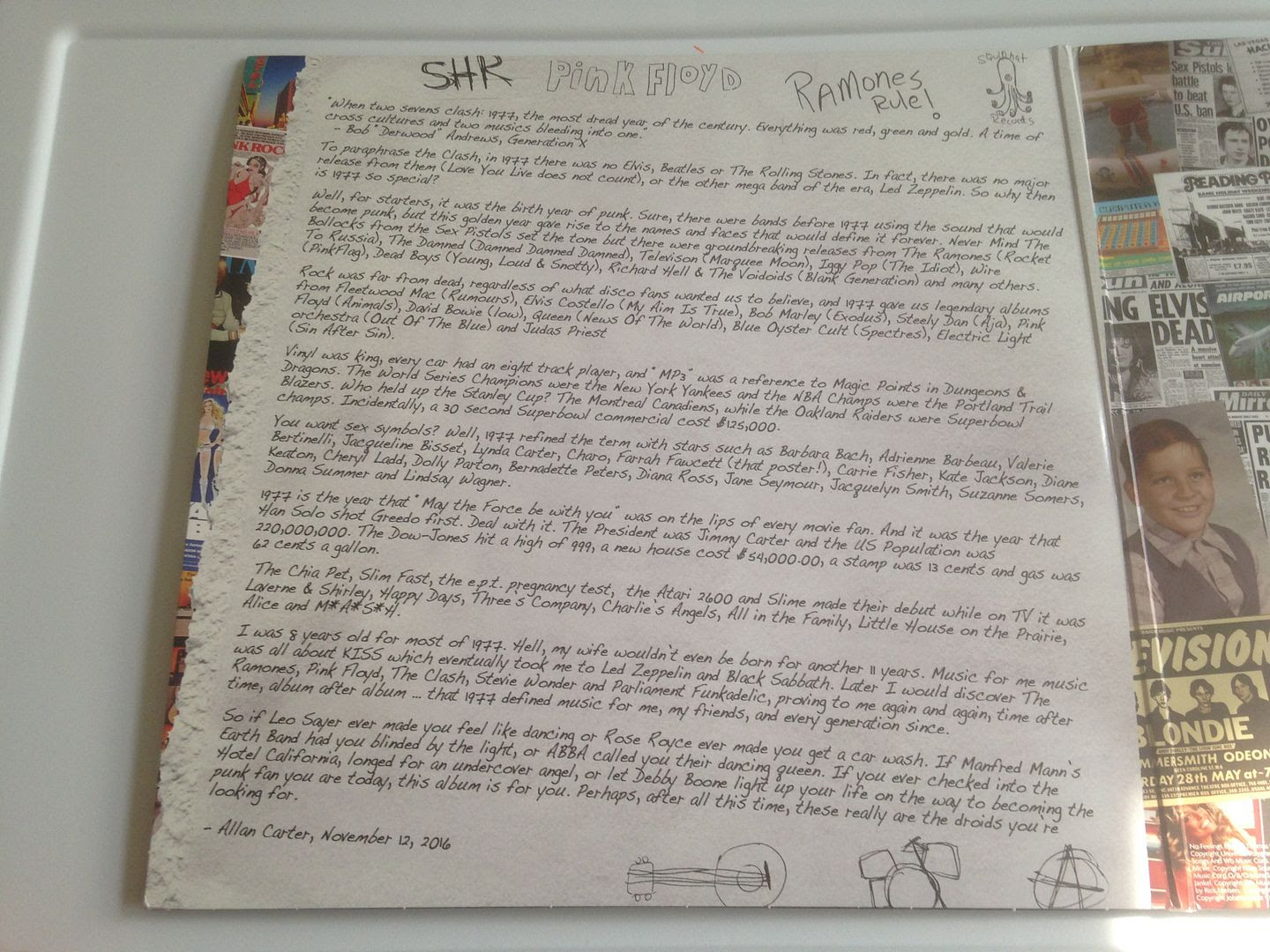 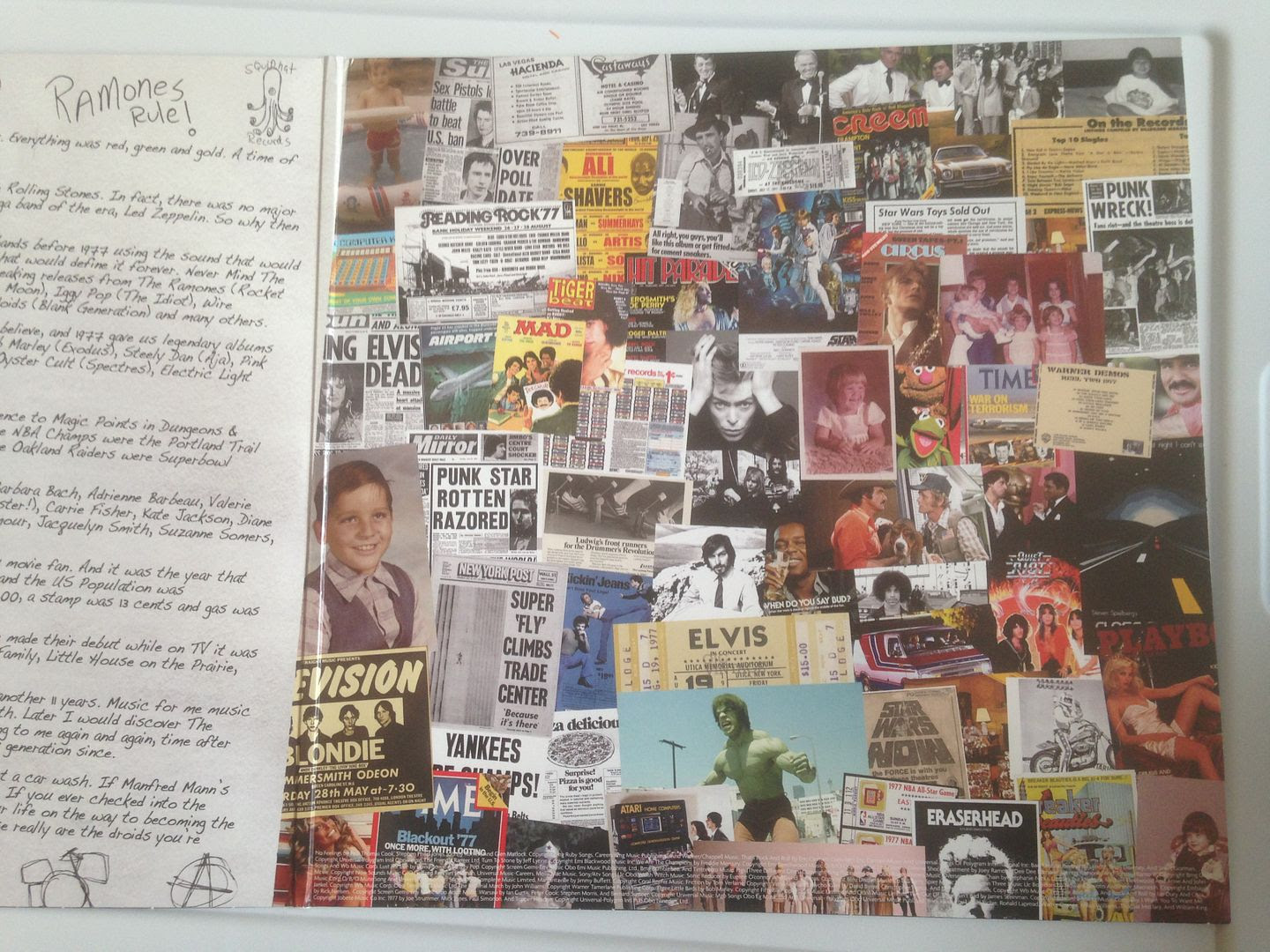 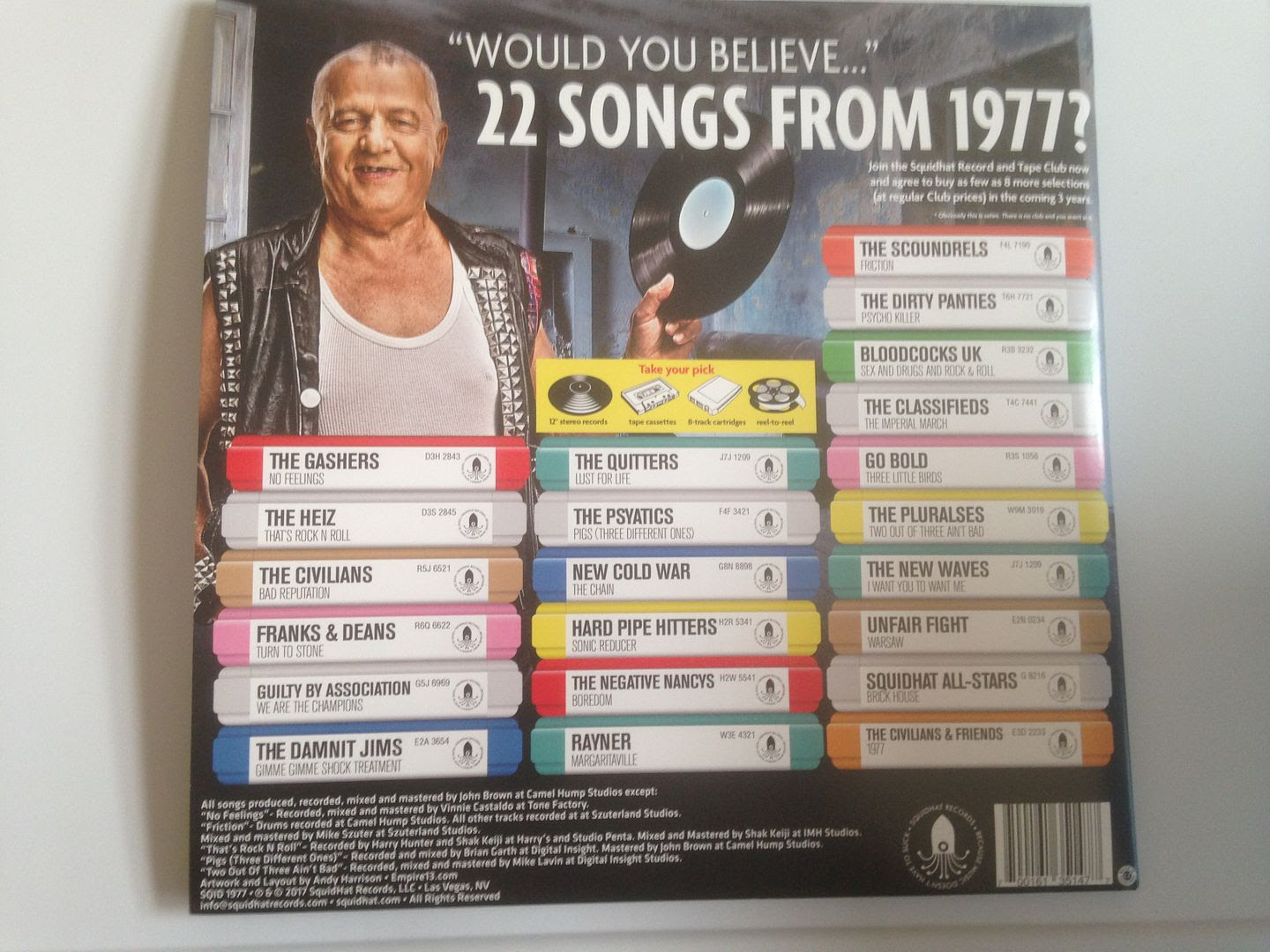 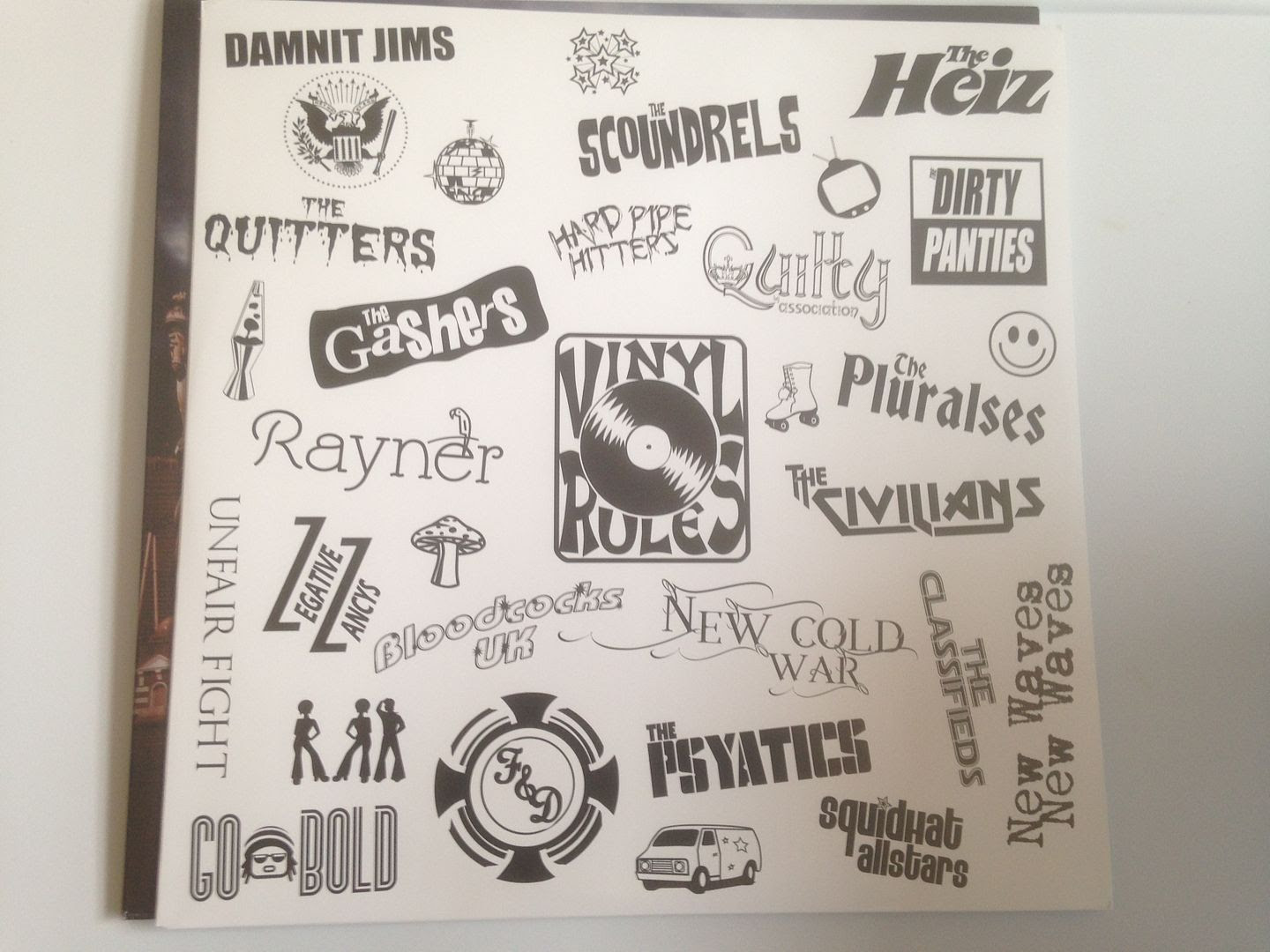 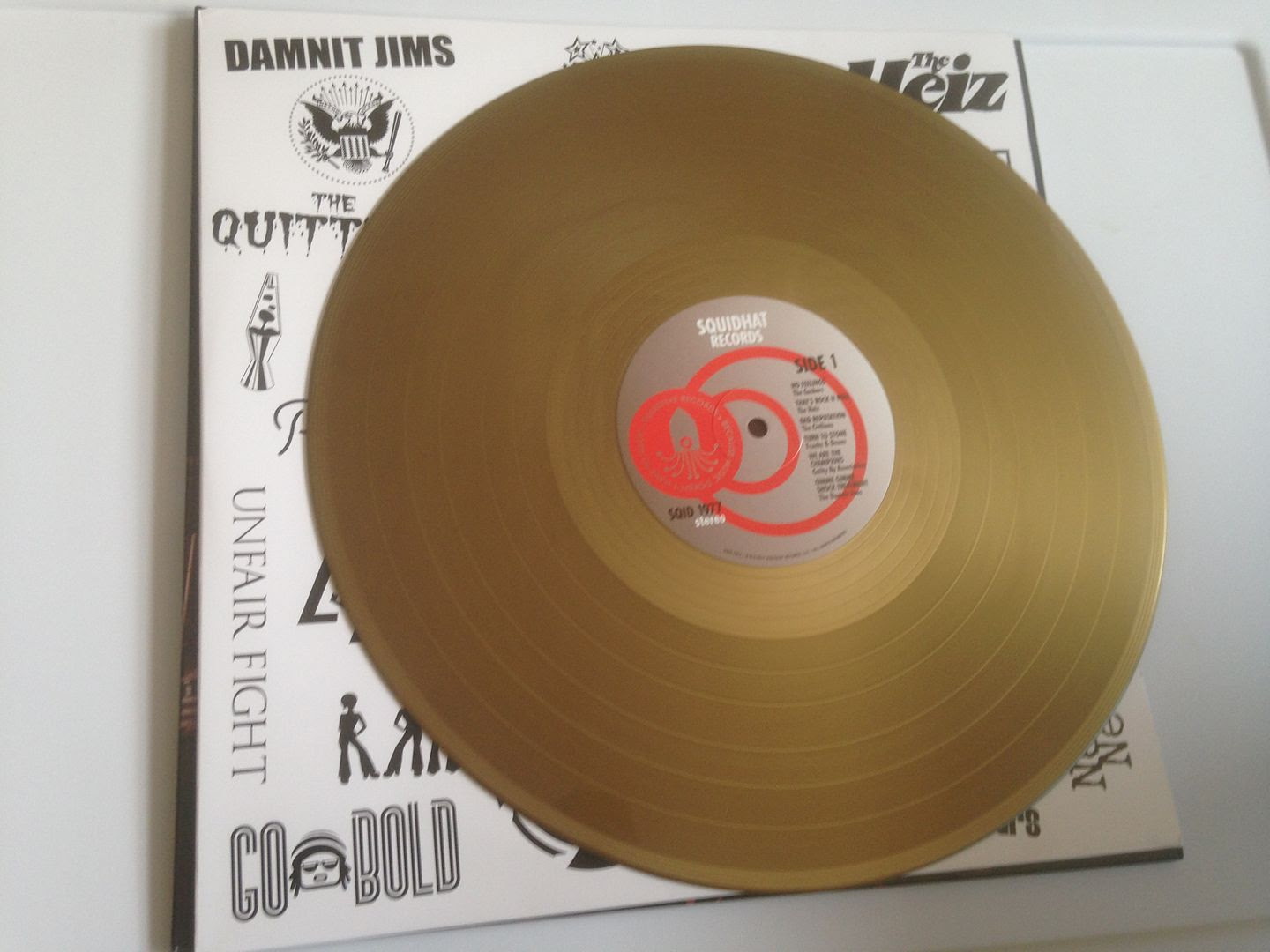 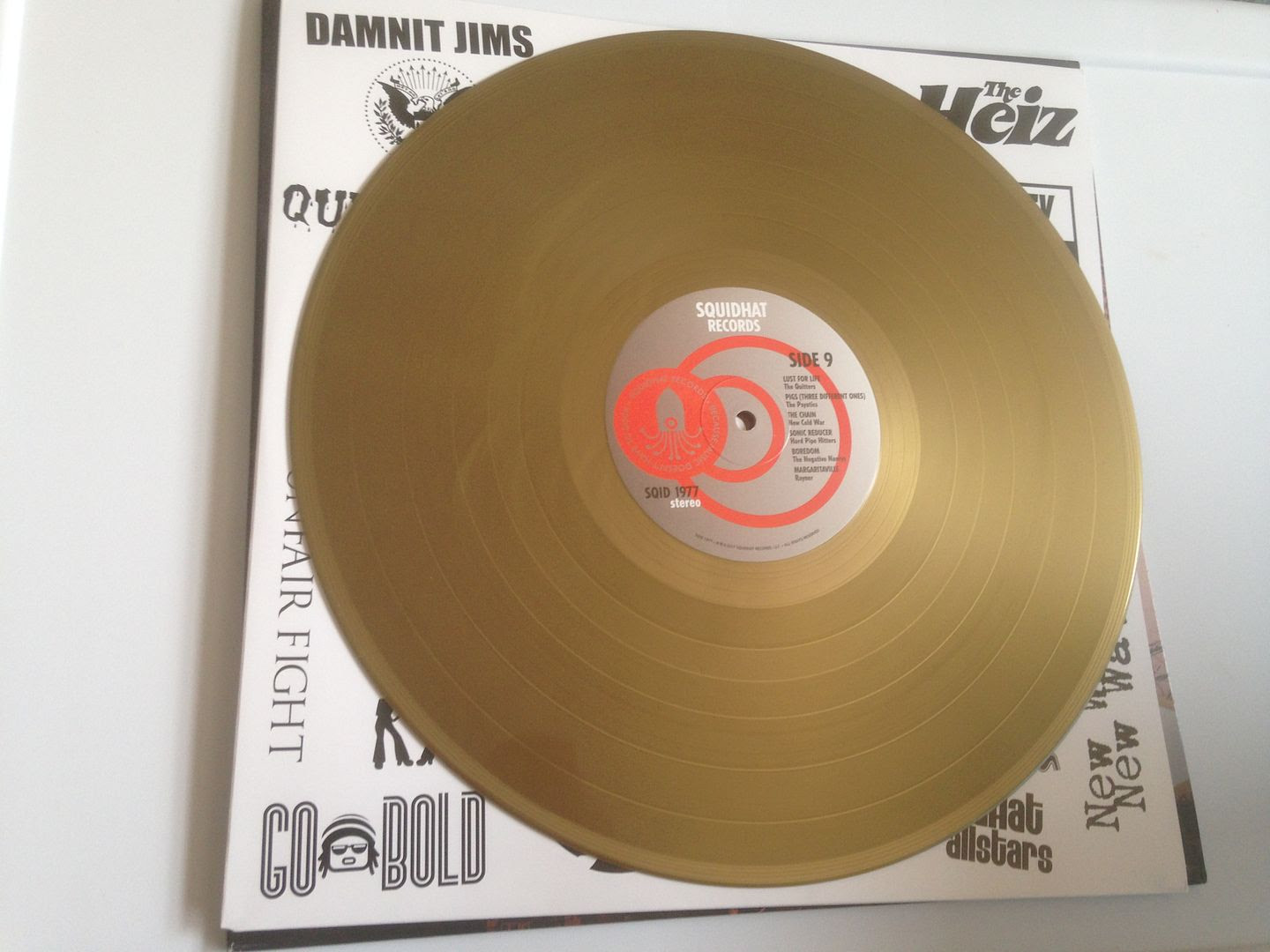 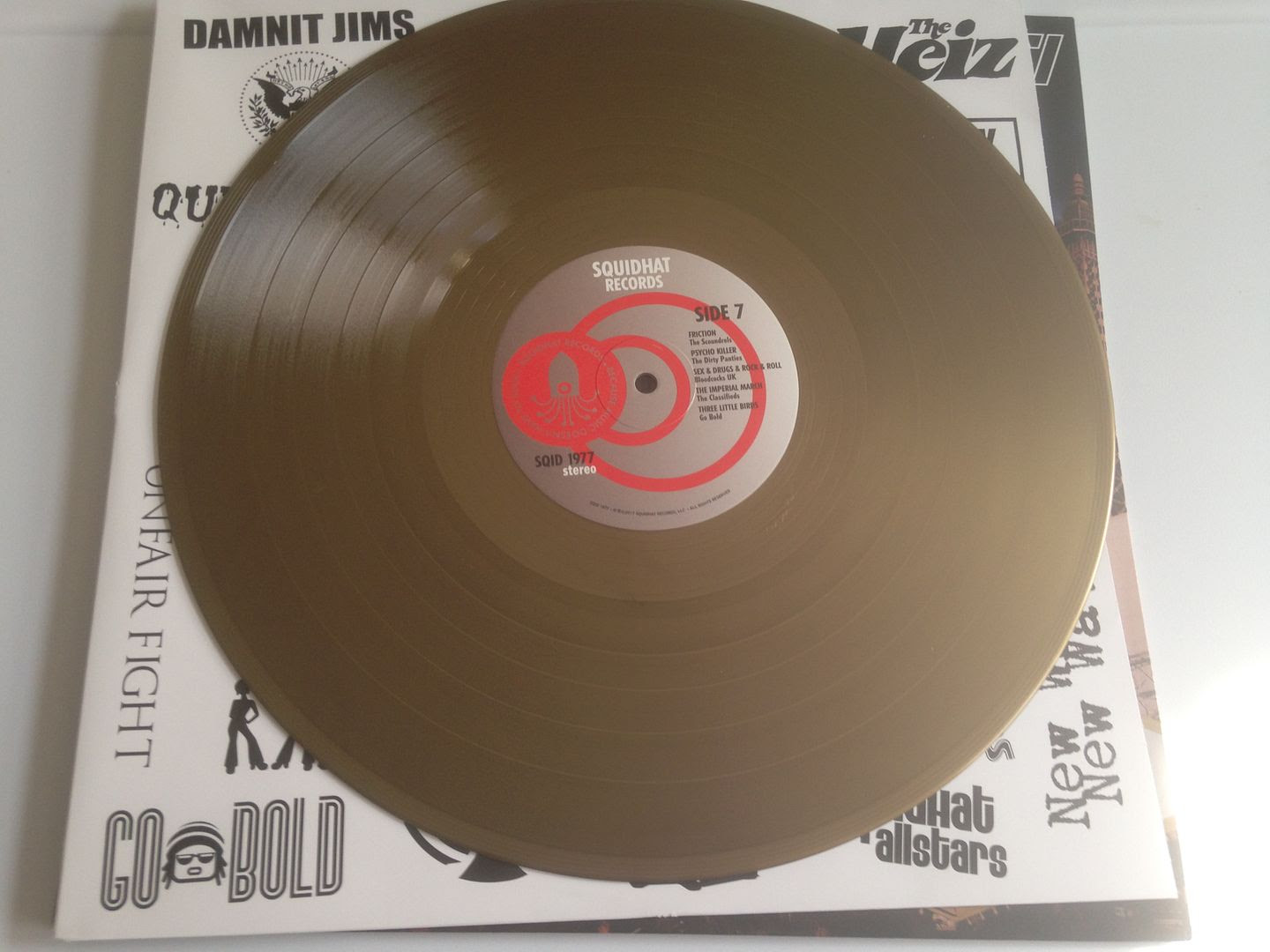 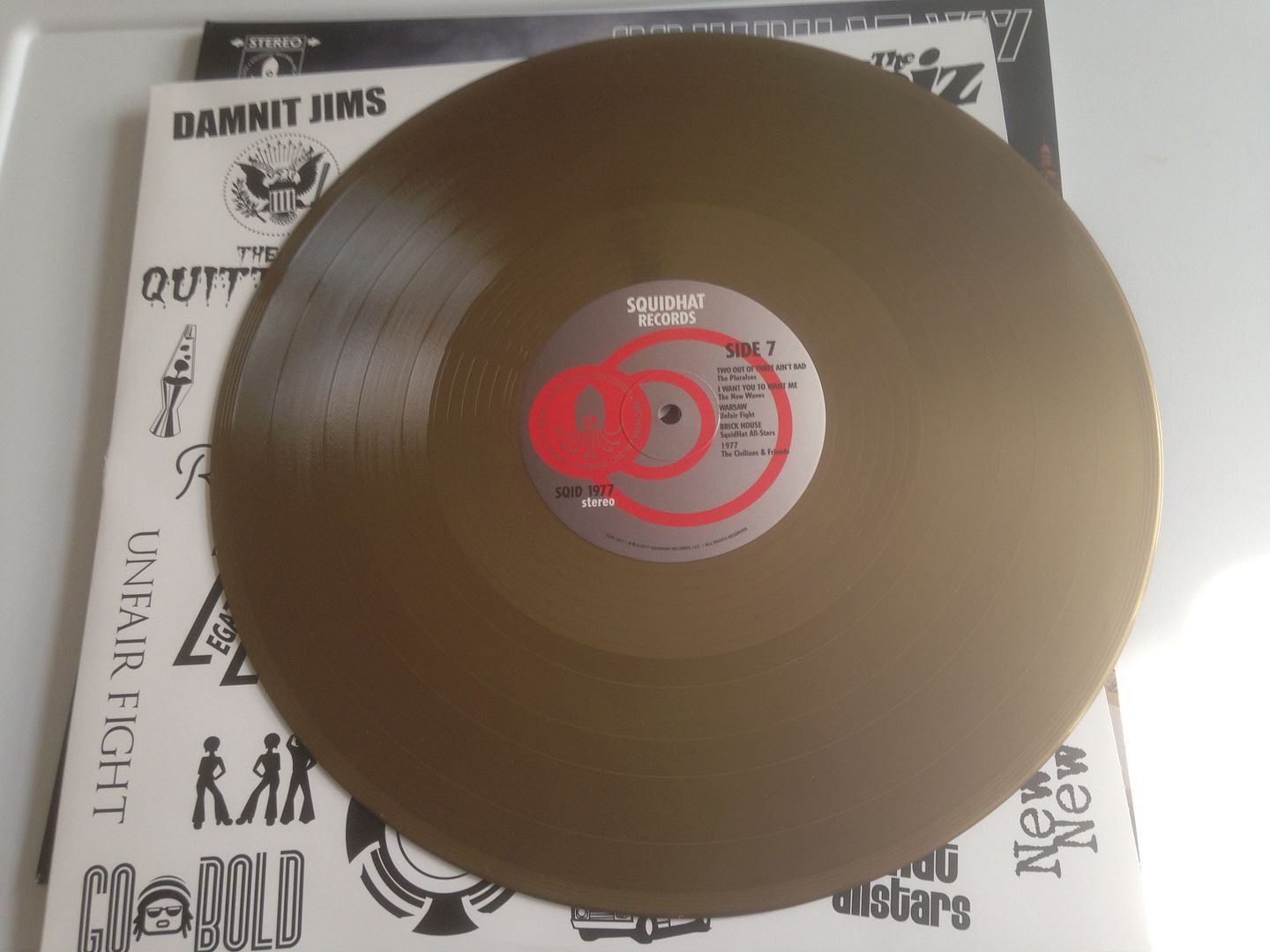