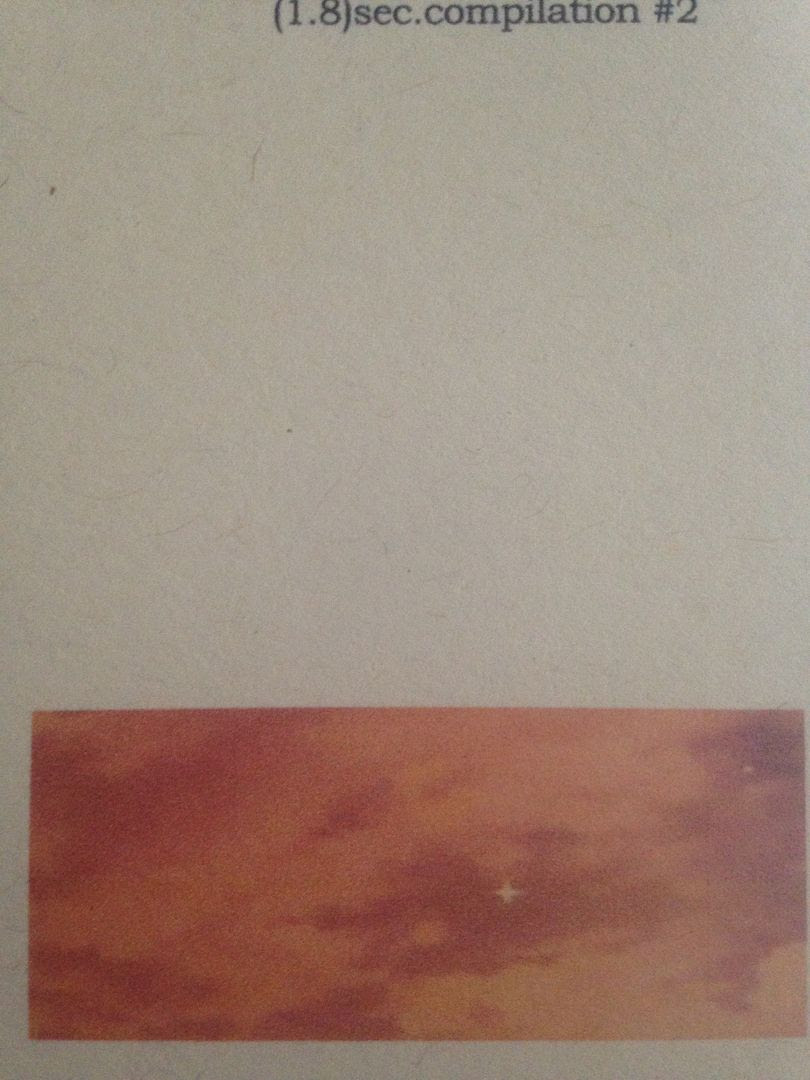 This compilation features seven different artists doing their own thing.  Though there is a description on the Bandcamp page for each song, I tend not to read those because of one of those not wanting to know how a magician does their tricks type of ideas.   I suppose you could listen to these songs, ready my thoughts about them and then read what is actually happening (and how wrong I probably am) but I don't really want to read the specifics of what any artist on here actually used because I like to keep that illusion alive in my mind.   Rather than a traditional review as well, this will be more like a song-by-song review for what I feel are obvious reasons.


Nate Wooley - Rubin -- This song starts off rather quietly, some beats come in and steps echo through like "Law & Order".   There is a sharp pitched drone that blares through and it is best to listen to the somewhat hidden aspects of this track via headphones.   Minimal video game, perhaps as well.


Hervé Boghossian - Jitaku (Un-Trad series) -- Louder in contrast to the song before it, there is a sense of a saw or perhaps something rolling around inside of a metal wagon while being pulled.   It also sounds as if it could be the chaos of percussion, a frantic banging on some sort of drum with an object which may or may not be a drum stick in the traditional sense.   Space whirrs loom in the background.    The percussion shifts over into an almost scraping sound.   It comes back to that banging sound though that makes me feel like it really is drumming.    This steady banging with the space whirrs behind it continues now.    At some point, it seems to change octaves, as if the drumming takes on a higher pitch, the way you would go up the scale with any other instrument but I'm not sure how that works with a drum exactly.  It begins to really take on the appearance of a broken wind up toy by the end.    And then it ends on what could be simply the ticking of the clock but is more likely some sort of acoustic instrument being plucked.


Forbes Graham - Right On -- There is this creeking and moaning type of sound which could be a saw but also really sounds like it's being made with someone's mouth so I'm also thinking maybe it's a jawharp as it gets wild and begins to sound like a swarm of bees as well.    Parts of this also give off a sense of an airplane but then it just gets deeper in the bass and really sounds just like someone going "Ummmm....." in that way.    But it is still some buzzing, like a fly stuck in a window trying to figure out why it can't get outside.    It all quiets down to become tiny whimpers.   These are sharp and then something much faster which sounds kind of like spitting comes through and it's almost like beatboxing.    Some clicking and what sounds like Lurch ends the song.


Nat Felicitas - Two (Improvisation)  -- Acoustic guitar notes begin.   This brings on a similar pattern as the notes but in a much darker way as it sounds like a cello now imitating what started with the acoustic guitar.    Some sharper strings come through as well and this just takes on the sound of an orchestra.   It has a rather classical feel to it as it is several strings working together to form a collected sound.    The notes begin to sound as if they are sawing as a bass line beats in the background.   Such delicate notes now.   The way they join together but also work on their own says all you need to know about this piece.

Troy Schafer - At Home -- A series of tapping makes me think this is a drum stick- or something similar- being tapped against a hard surface such as a countertop but perhaps not a drum.   This wind of sound comes through which could be a lot of pots and pans hanging up, the way they do in big kitchens, but then the breeze sort of blows through them to create this sound.   It's not scraping, it's just a series of smaller sounds one right after the other to create the much fuller, larger sound.   There are suspenseful strings behind this all as well, as the tapping from the start continues also.    It quiets and fades out.

Justin Von Strasburg - September 10th, 197 North -- Quietly, this one starts and is one of the first times on this cassette you *need* headphones before a giant smack comes through.   Then again.   There is this subtle air of static behind it though.   A cracking or popping perhaps comes in next.   It reminds me of an instrument that might have been used during the golden era of radio to make it sound as if a horse was galloping, but the instrument is not being used in that way here.    There is also just this general sound to it though where it might be something hitting something else, something plastic being dropped onto the ground for example.   For some reason it also reminds me of a mousetrap.    It pauses for a moment and then comes back even louder.   Imagine someone in a room walking across mousetrap after mousetrap, though it would likely be a cartoon.    It could also be the popping of popcorn, only not.   Now, this piece does something interesting next.  A siren is heard in the background, quieter at first and then louder, as if a police car is passing by.    Whenever I hear such things I'm never sure if they're part of the cassette or real life.   If I'm sitting inside listening to this or outside walking listening to it, I still have that chance to hear sirens, so, for once I paused the cassette and actually realized that was the source (Usually it's within my own background)  I also then enjoy the fact that I imagine Justin Von Strasburg recording this and that just happened to occur while recording so it was just left in there.   Quieter clacking now.    What's funny is, after the sirens on this track faded, the first time I listened to this there were then sirens outside of my house- which is what I generally tend to think of sirens- and as such I had to pause this again to make sure.   But yes, it is funny how sirens are such an every day sound of life and yet we don't hear them in music itself but often times they are with the music when they are organic.   A quiet patch now, just barely any static back there, which also might just be a result of the cassette itself.   A loud pop now.  It seems as if my earlier assessment was more accurate and it's not that there is someone moving through a room full of mousetraps such as in a cartoon, but rather that there are these traps set up in such a way that they seem to go off by whatever is setting them off, kind of like those old popper toys that you'd flip inside out and put on the ground and then they'd flip right side out and shoot into the air.    The track ends with the title being spoken.

Asthmatic - Deer Recorder -- Electronics give off a video game vibe.   It feels like an electronic bass coming through in waves such as if you'd use a bendy straw.   This brings out more harsh frequencies now, as if a nob is being turned to hear these various levels of pained sounds which could have some vocal element to them.    It sounds like someone is yelling next, which is either a lot of autotune or an electronic sort of horn with it as well, such as one would make through a keyboard.    Now there is definitely this sound a keyboard/recorder/clarinet.   The way it comes out though is just so fascinating because I can't quite figure out how such a thing can be performed.   It's interesting to hear the sounds, but figuring out how they are made sometimes makes them that much more interesting, building up the different scenarios in your head as to what could make this sound a reality.    It still does sound though as if it's trying to form words as well.    At times, you can really hear the notes though. 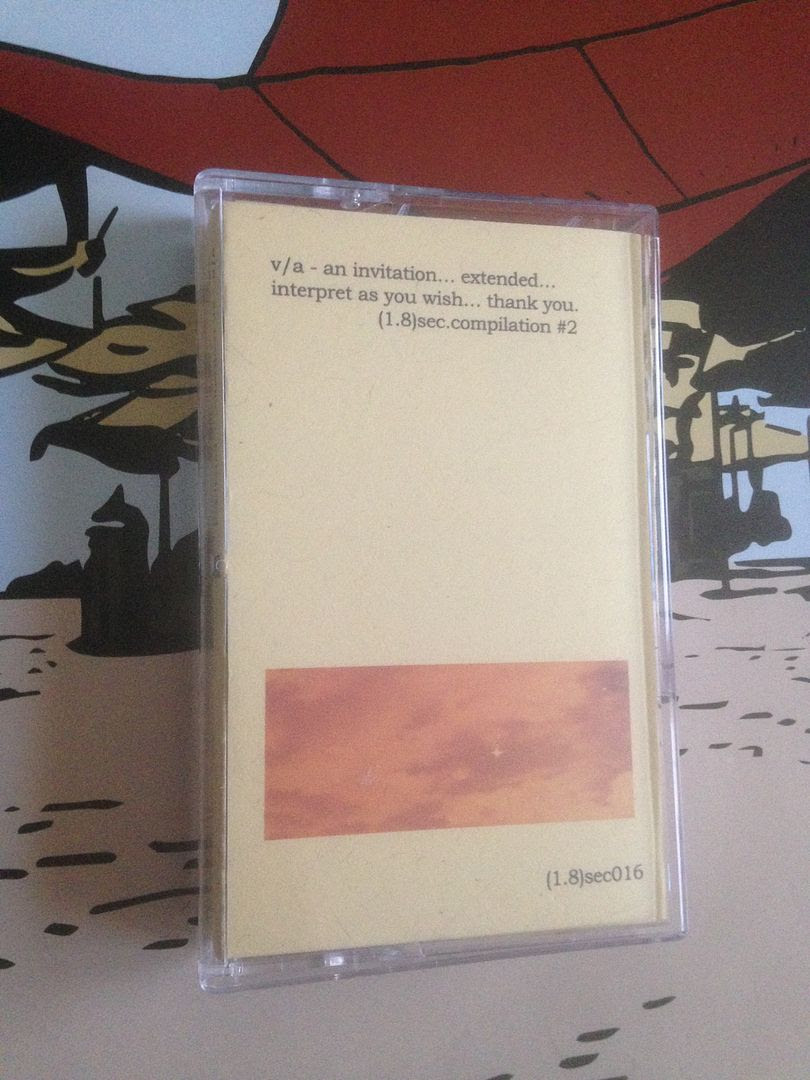 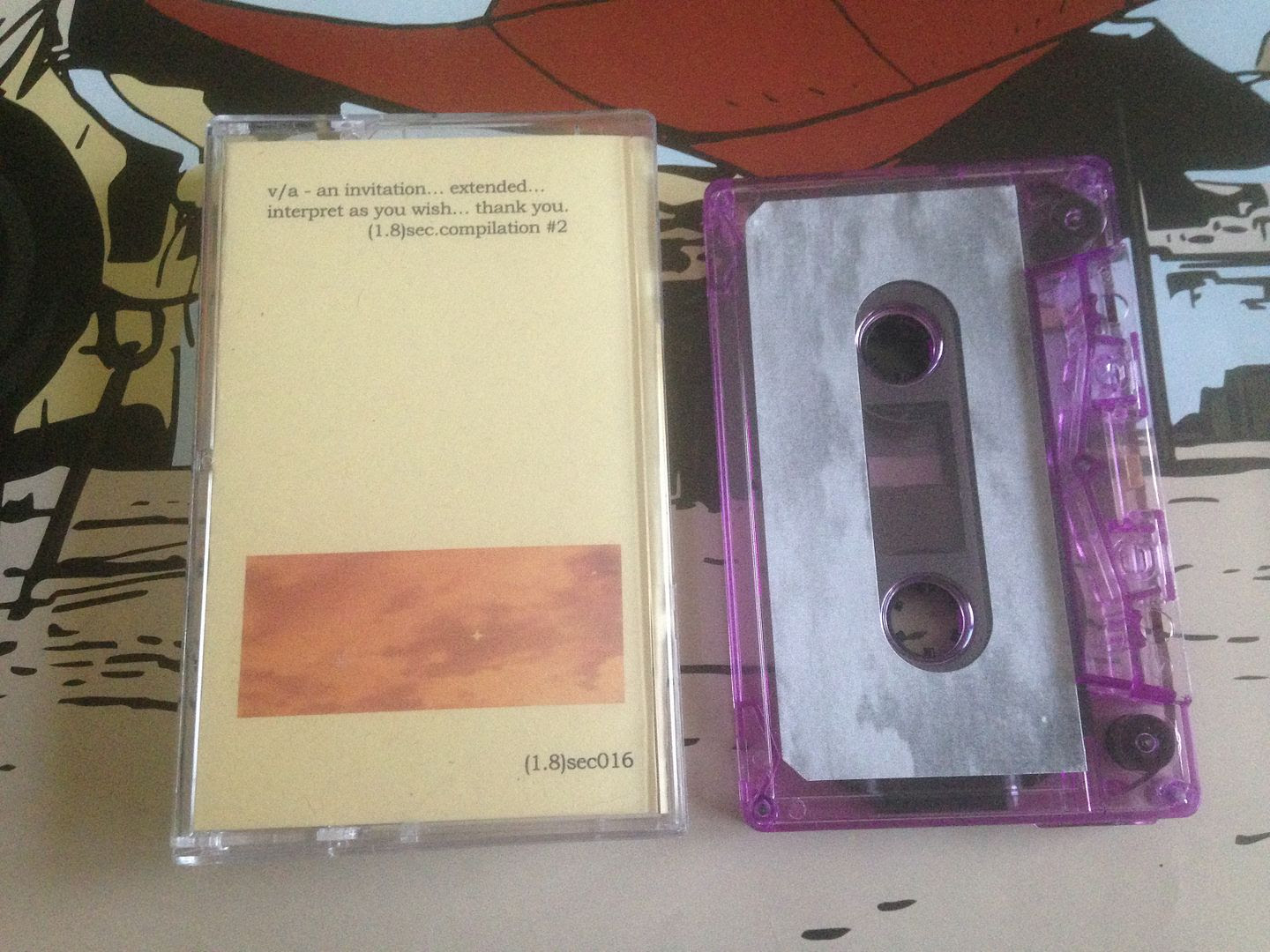 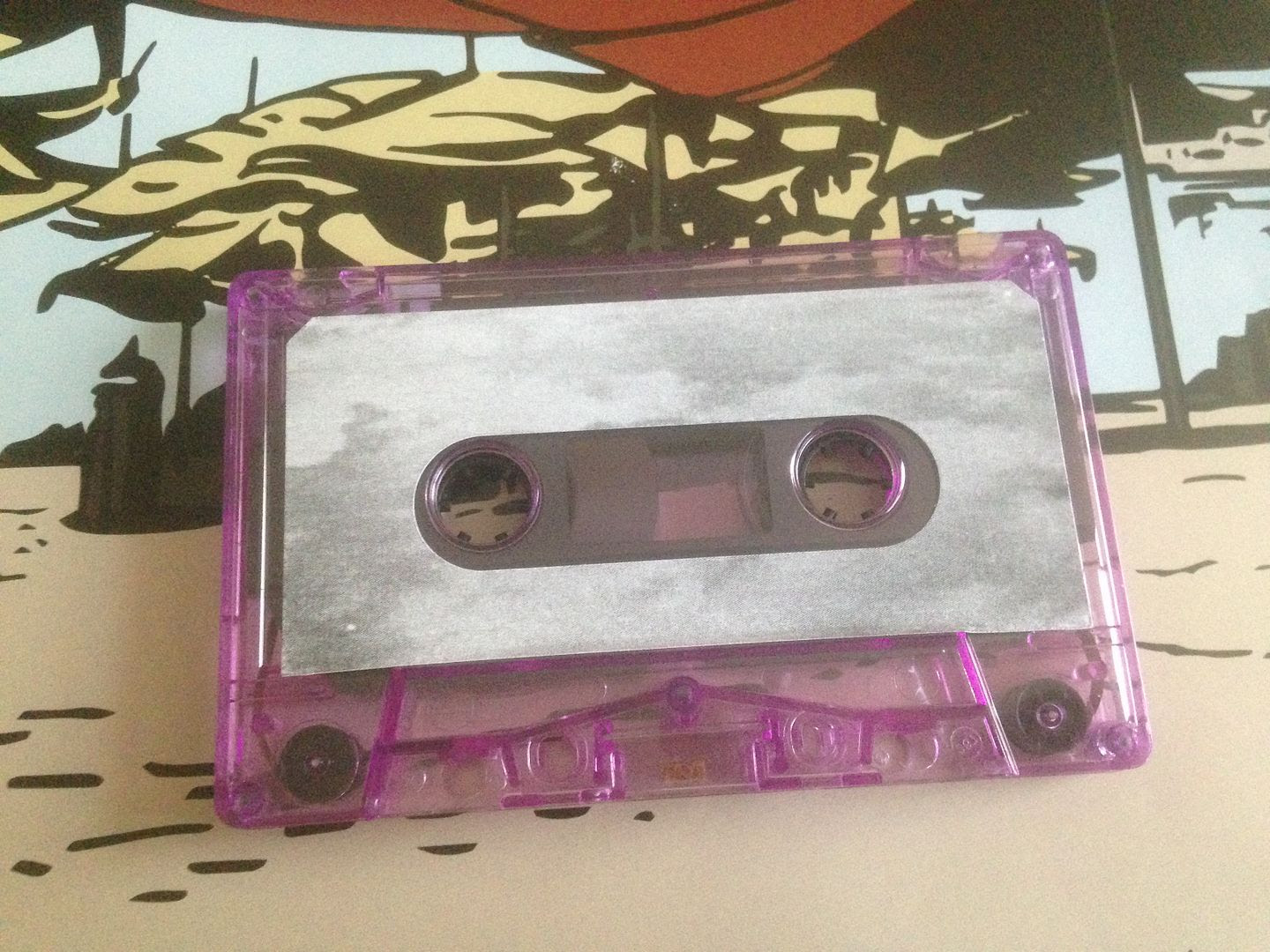 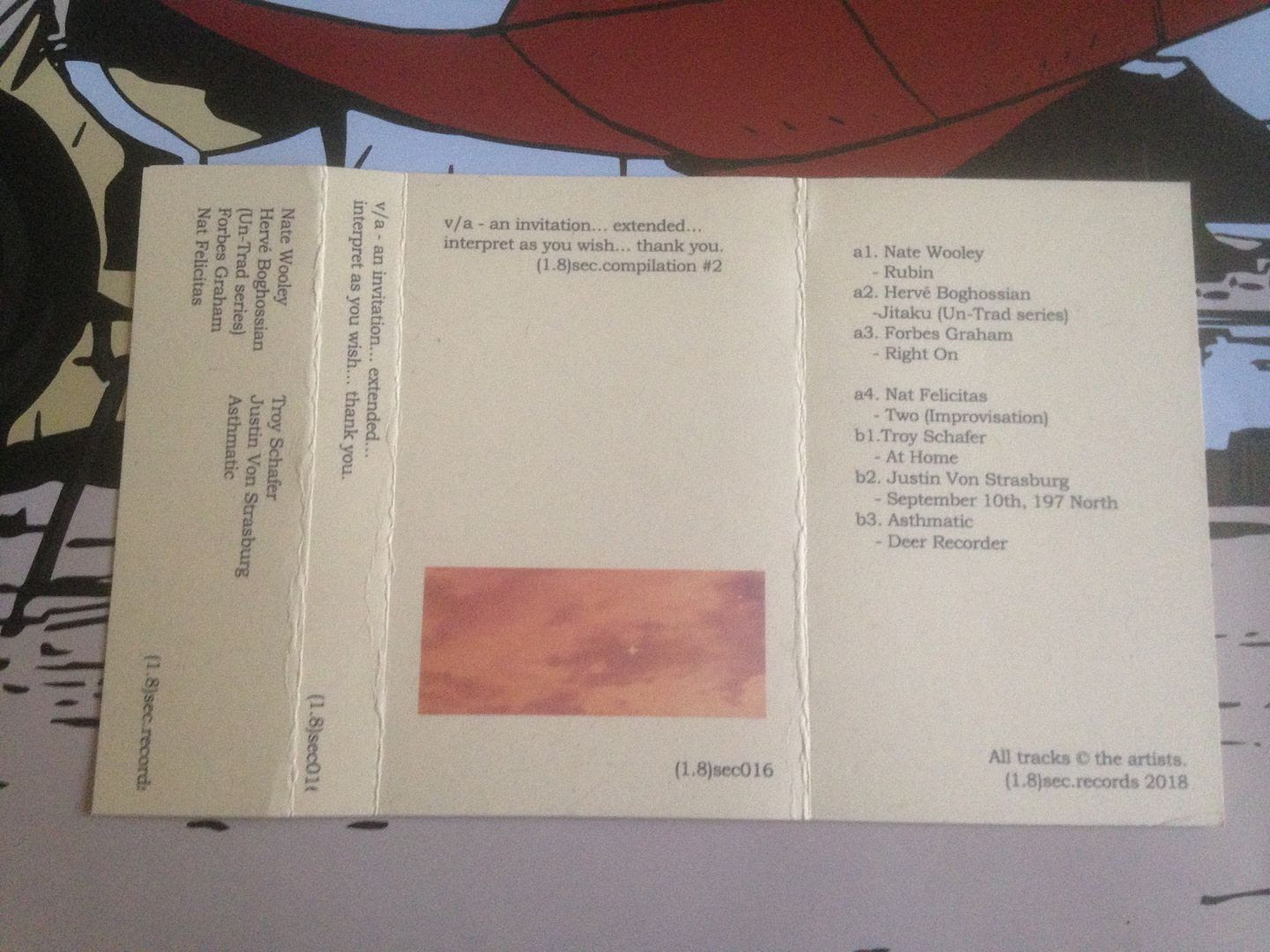 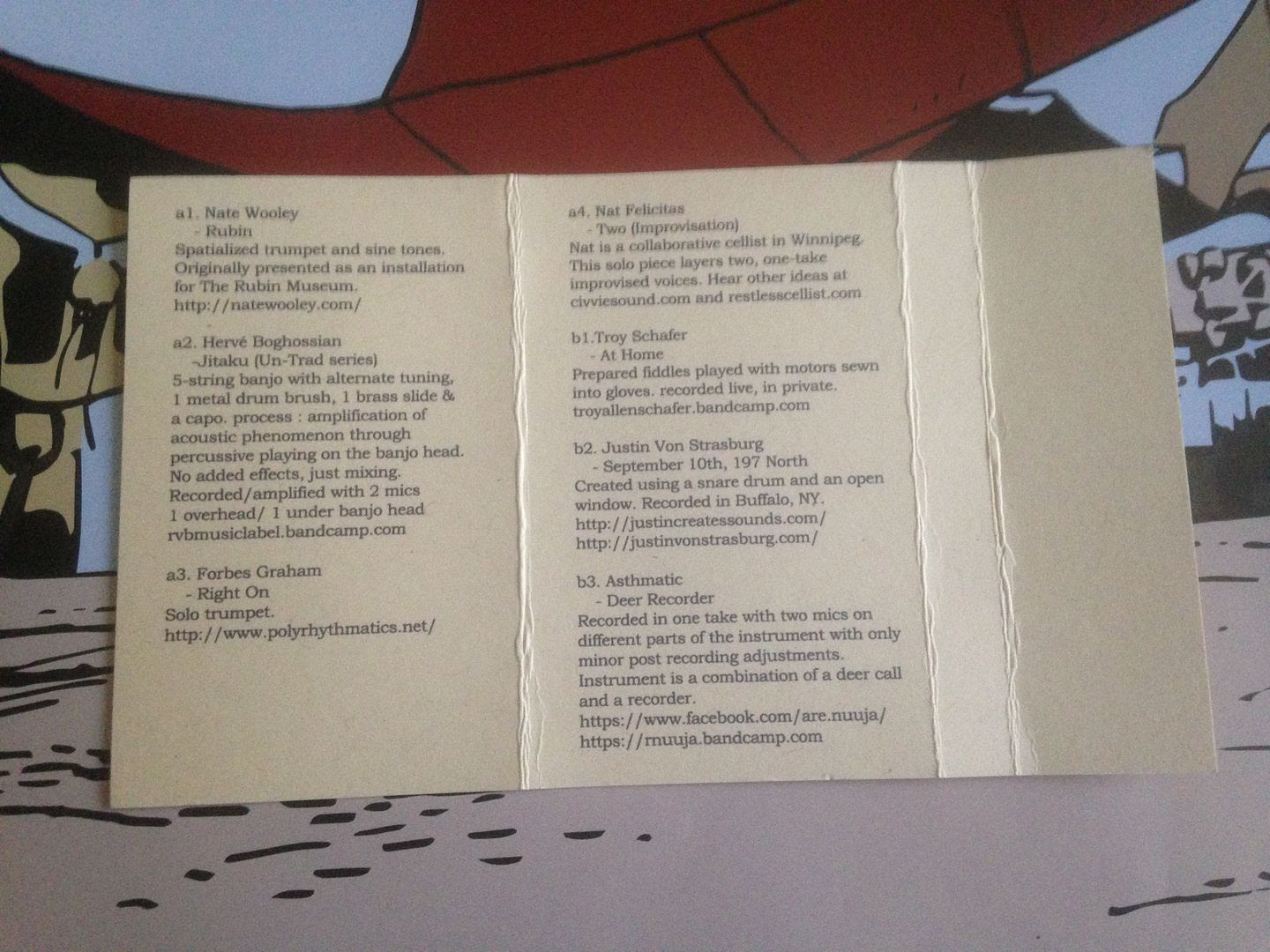