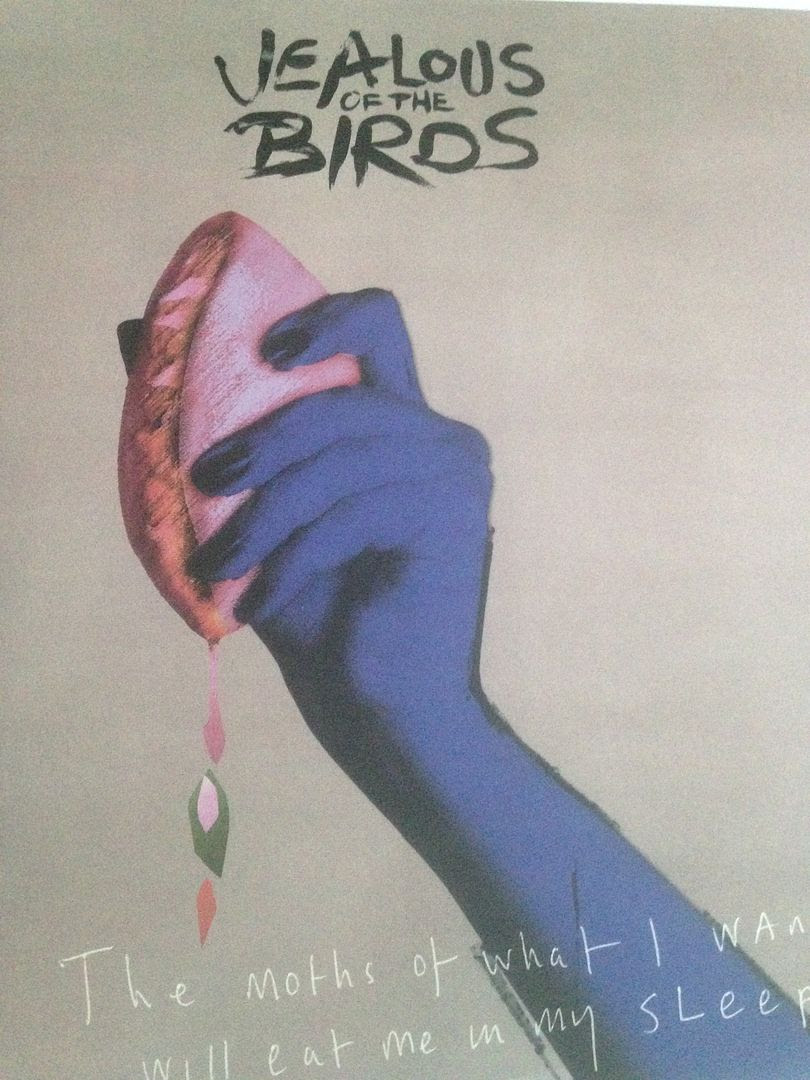 Jealous Of The Birds is hands down one of my new favorite artists just based upon the name.   I mean, I want to wear a t-shirt that says this on it simply because I feel it is true for most people, right?   Birds are the epitome of not giving a fuck.   They do whatever they want for the most part.   They shit on people.   They migrate, so instead of toughing it out through the harsh winters (like I do) they just go to warmer climates, which makes so much sense when you think about it.   Oh yeah, and perhaps the most important part: Birds can fly.  Imagine being able to just pick up and fly away from wherever you are?  It'd be so rad.

The first song on here is called "Plastic Skeletons" and it has this noisy rock n roll sound to it.   There is a lot going on complete with break downs.   There are some distorted beats and it's just not something I've quite heard before so I can't say "Oh yeah, it sounds like this" unless maybe you could consider Beck.    The lyrics are catchy, you'll be singing along rather quickly, but they are also somewhat specific.   As you'll find with the next song, "Miss Misanthrope", there is this sense of things being very detailed.   Perhaps one of my favorite paragraphs through the whole album is:


She said, "I care too much these days
About my place in this ball of yarn
There is not a lot that I can boast
I water plants and make French toast
And music like some old misanthrope
Afraid to sow all my wild oats
Read Walt Whitman poems, drink a bottle
Of champagne and sing some Lenoard Cohen
I love it when he speaks so plain"


I'd really quote all of the songs if I could, but you need to hear all of the lyrics for yourself.   It's just something as simple as French toast, in theory, coming into song and then you even think maybe it's just there for the rhyme, but it makes sense as French toast goes with the theme of not having a lot to boast because French toast isn't as easy to make as, say, regular toast or pasta, for example, but it does take some skill and yet is somewhat simple at the same time because it's not this sort of master chef meal that seems overly complex and difficult to make.    So it just works in ways and on levels that I don't think anyone will fully dissect and realize for maybe centuries to come.

"Trouble in Bohemia" is the last song on Side One and I've always looked into various lifestyles in terms of clothing and decorations for your apartment and such and Bohemian is something that always seems to be a way to describe me.    This song is not as slow and delicate as the one before it (Which also reminded me a bit of Pearl Jam before the vocals began to echo each other) but it isn't as fast and doesn't have as much going on as the first song either.   It's a nice middle ground of the first three songs here and it's just such a diverse style from song to song so far.

On the flip side we begin with a song called "Tonight I Feel Like Kafka", another shout out to an artist I love.   This has this folk/acoustic sound with these tones behind it and as the verses bleed into the chorus I can really hear Elliott Smith come through with the line "And it scares me to think that nobody looks at me that way".   The tones turn into this solo and it takes us to the end.    "Russian Doll" is the final song and it comes out with a much more upbeat drum machine type of sound with this certain guitar riff that adds to that.    It just feels more like pop than most of the other songs, though it still opens with the line "I wish I was bolder".

As far as "Russian Doll" goes, I think it has a theme which we can all appreciate, which can also be summed up best with the lines: "I took your compliments I just struggled to believe / That I was worth loving and you weren't lying through your teeth".    I think we all feel this insecure, don't we?  I know I sure as hell do.   Guitar solos and clapping seems to pick this one up, so we kind of end on a more positive note, but that's not how I want this review to end.    No, I need to go back to the song about Kafka to end this review.


You see, the opening of the song "Tonight I Feel Like Kafka" says:
It is two in the morning and I wannna drink wine
Listen to Kurt singing in The Pines
Couldn't be any more hipster if I tried


This then goes, ultimately, into the lines about "And it scares me to think that nobody looks at me that way".    Isn't it odd how we sometimes set ourselves up for these expectations which we cannot reach?   I want to say this and not just to the artist behind Jealous Of The Birds who wrote these words, but to all artists, really, who are trying to be something they can never be.   The thing is, to reach that level like Kurt Cobain you would have to do something you're better off *not* doing.   And, so, in that sense- and I'm not badmouthing Kurt Cobain in any way- you have the chance to be something more than Kurt Cobain.   You have the chance to tour in your 40's and 50's.   You have the chance to leave a much larger legacy.   So just stop comparing yourself to other people.   And for Jealous Of The Birds specifically, keep making music like this, keep being you and history will write itself. 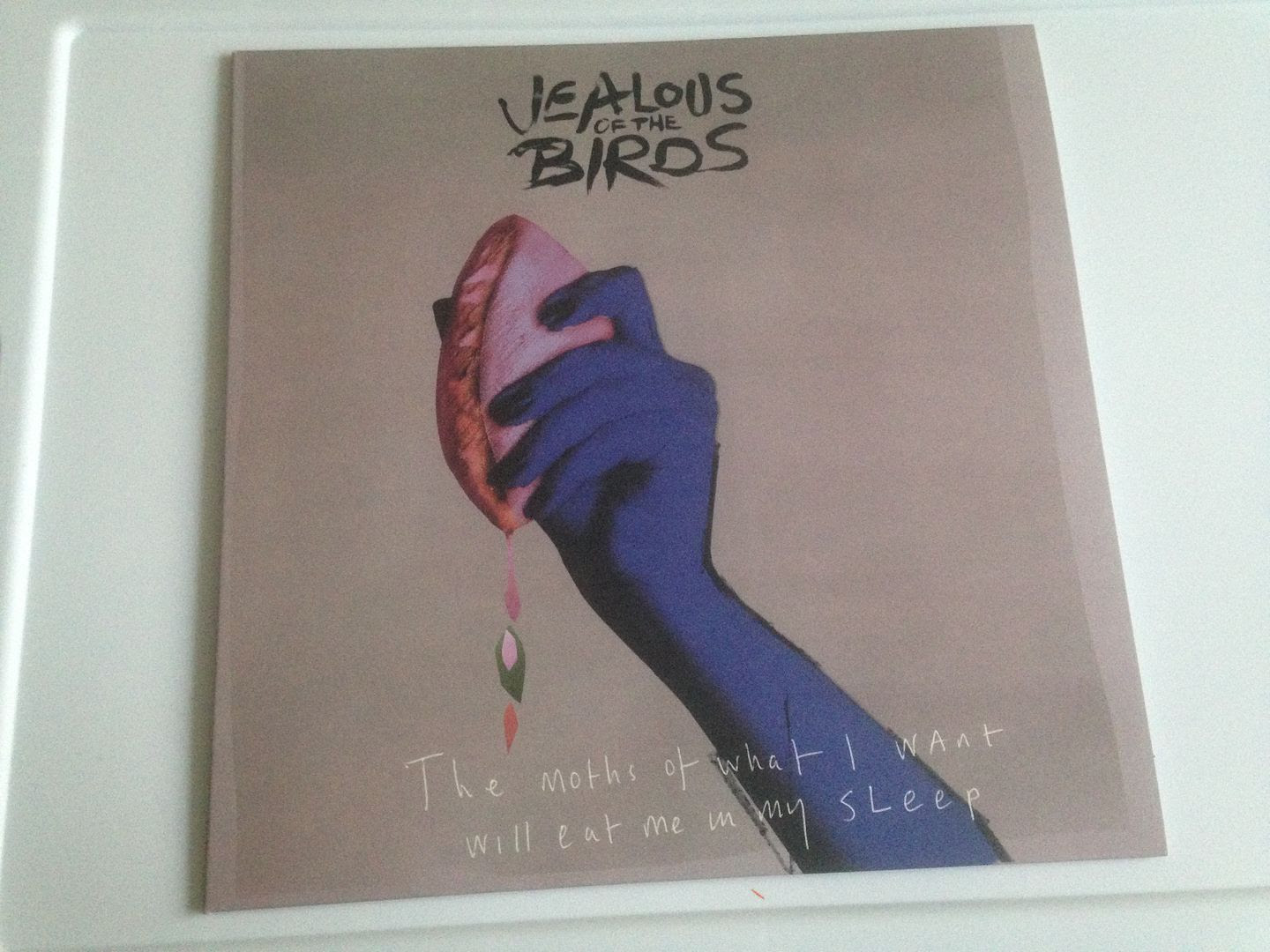 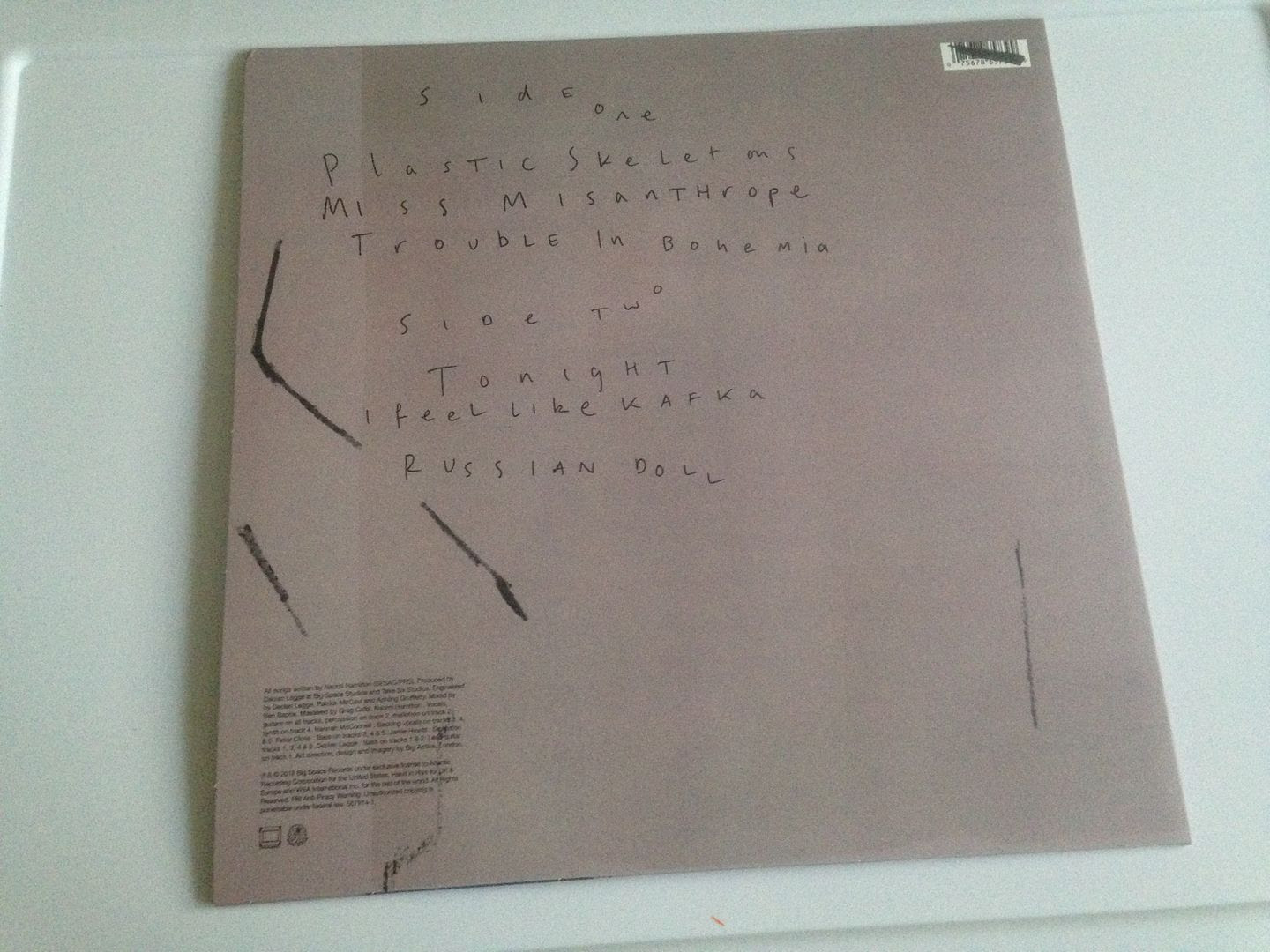 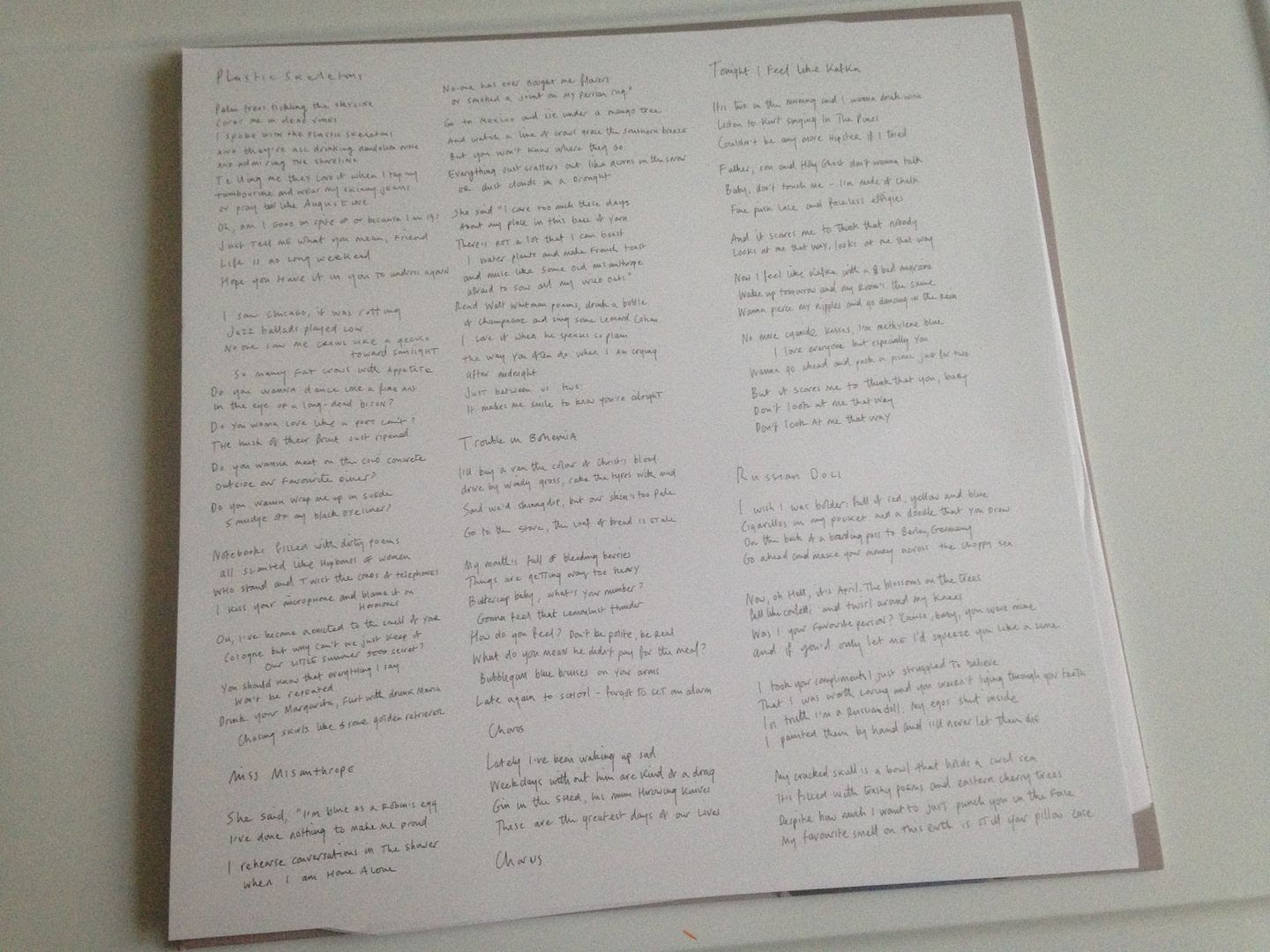 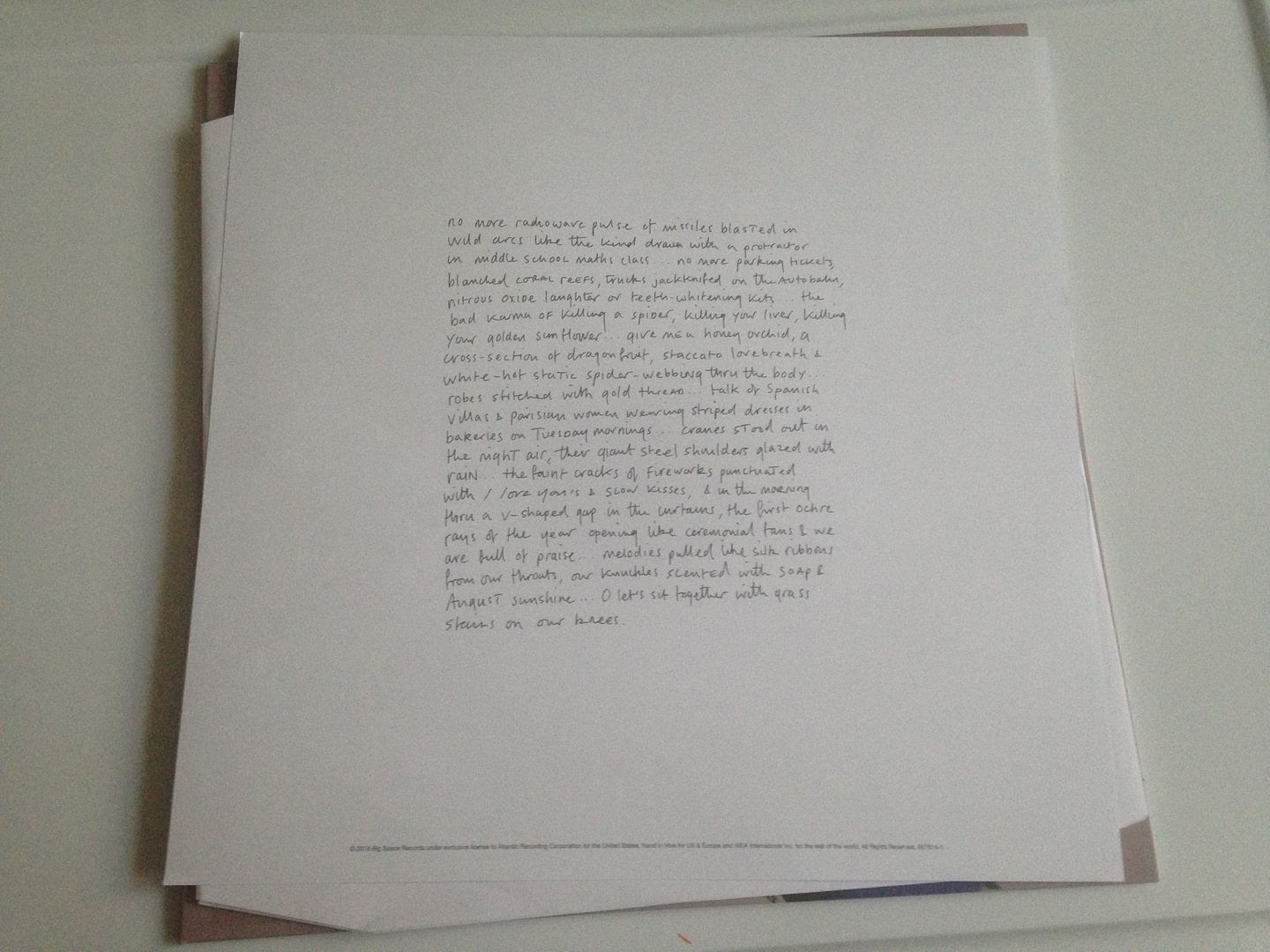 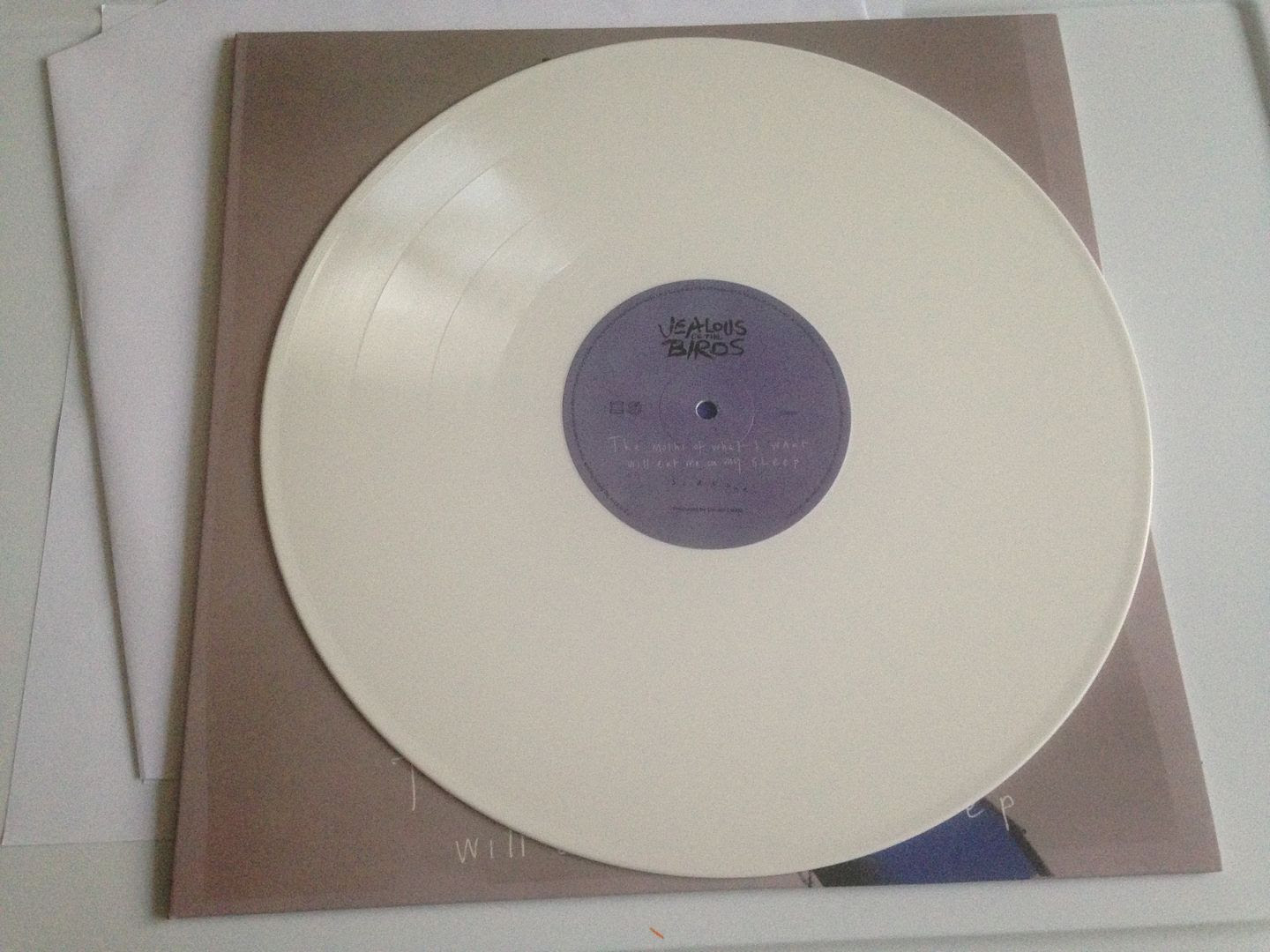 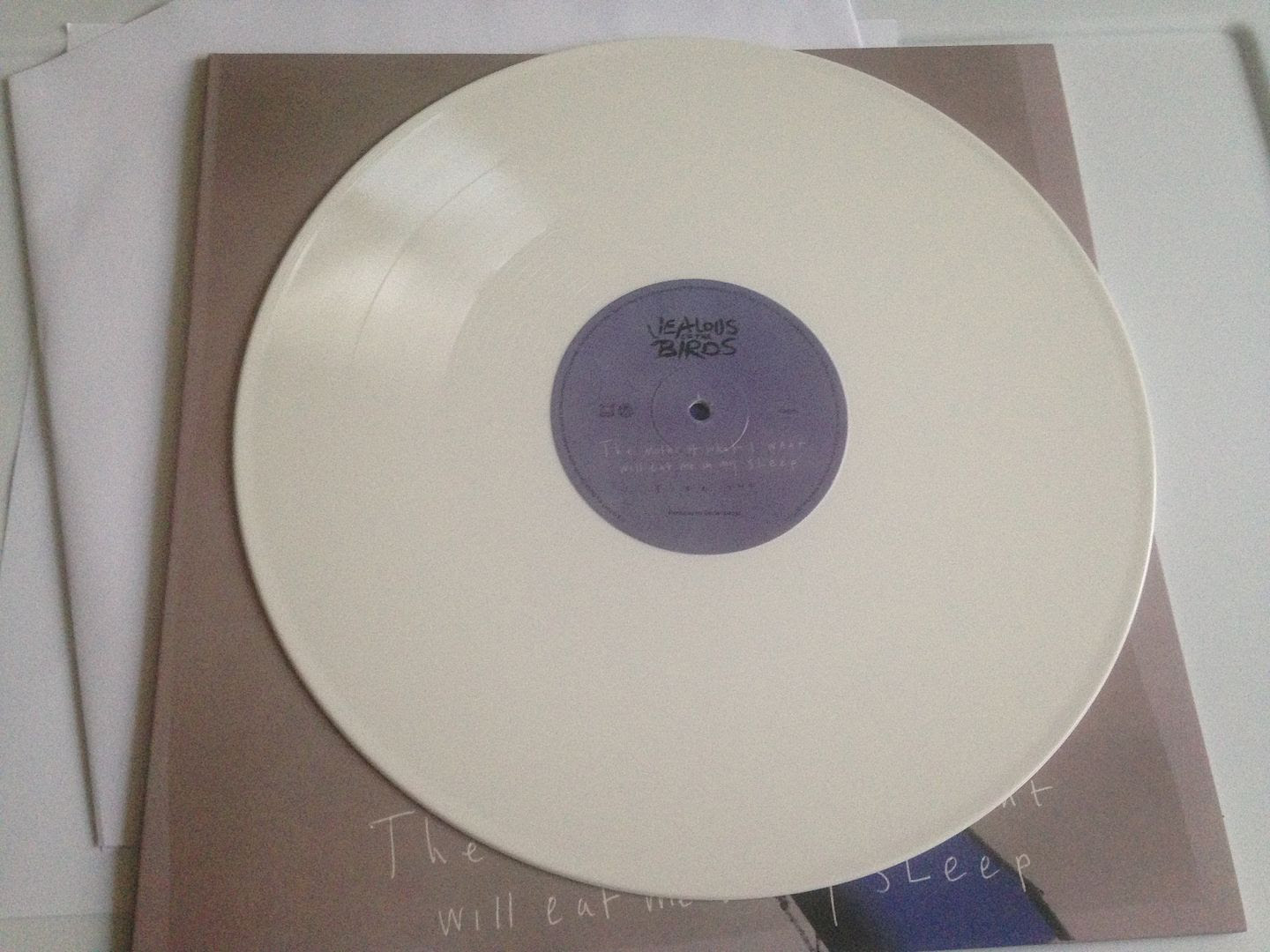