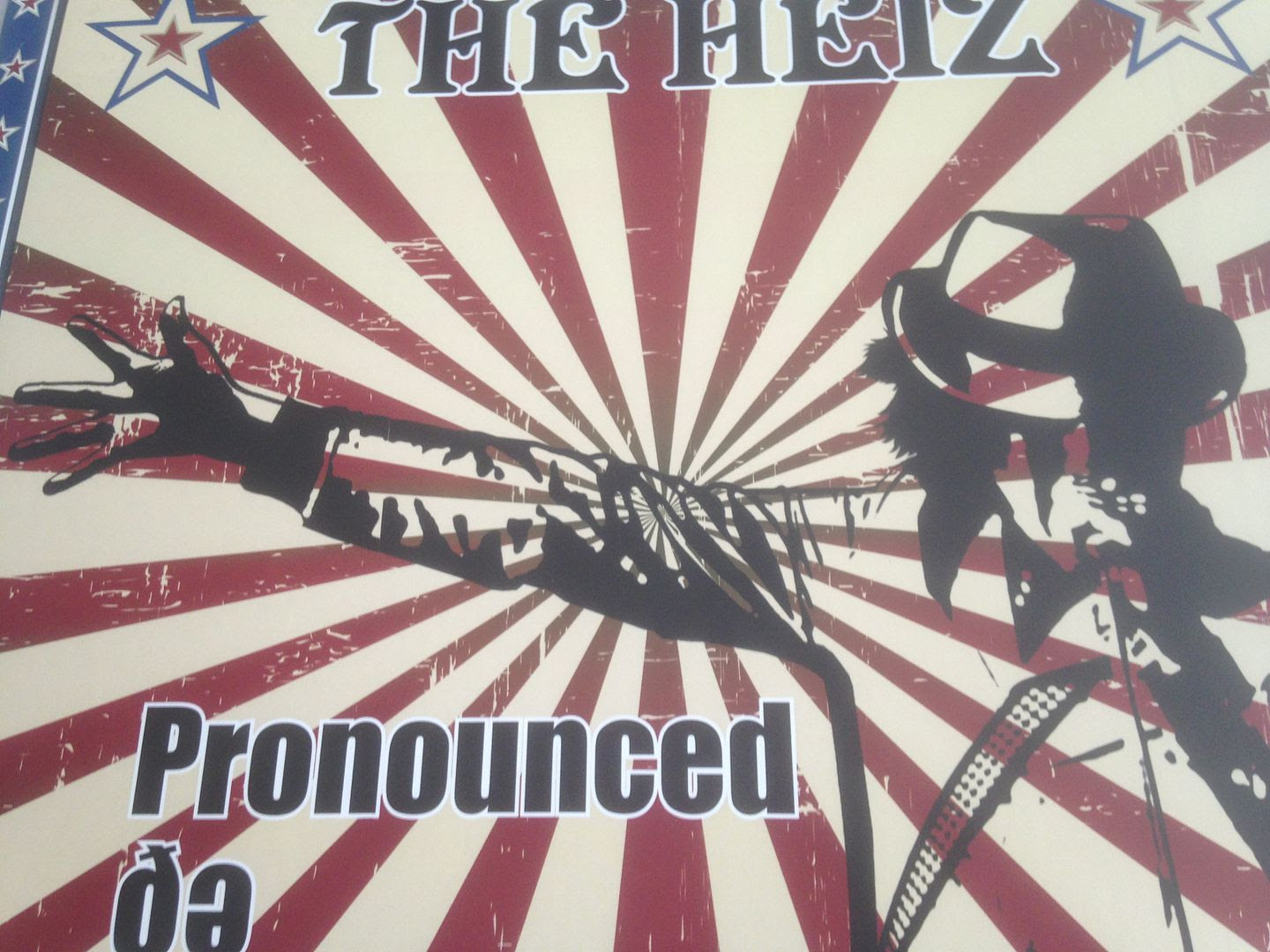 The music of The Heiz is one of rock n roll and perhaps no one will be as quick to tell you that as The Heiz themselves.    From sounds inspired by Elvis Presley and the idea of the movie "That Thing You Do!", The Heiz has that pure 1950's type of rock n roll sound that came from a time when rock n roll first became popular and was also, well, dangerous.

When I thought that The Heiz reminded me of a certain band that I had heard but not for a while, I was reminded of the band name because of the song "Black Pepper Girl" and that band (with a neat EP of Nirvana covers) is called The Bell Peppers.    It's kind of funny how things work out, isn't it?

Through some surf rock we can also hear Big Bopper, Little Richard, Chuck Berry and Ramones.    Only fitting, Side A comes to an end with a cover of "I Love Rock N Roll".   On the flip side we tackle some of the bigger issues in life such as Mondays (and why they suck), pizza (and a whole lot of it) and also a ballad called "Please Don't Cry".   "SOS Rock N Roll" is a wild journey through rock music and "Hurry Up Baby" feels like a song that could've been written in the heyday of Buddy Holly.

This record ends with two different cover songs, sort of as "Hound Dog" is on its own but "Wipeout" and "Do You Remember Rock N Roll Radio" appear as a live medley.   It's kind of funny because if you think about it, from the time the Ramones wrote that particular song until now has been quite a number of years and yet it seems like there is even less and less rock n roll on the radio.   I wonder why that is.   I would certainly listen to the radio if I could find a station that played rock n roll still.

If you want to know how I know that The Heiz is a rock n roll band all you really have to do is look at their song titles.    Four of them literally have the words "rock n roll" in them, and yet, if you can't recognize a song like "Hound Dog" as being a cover then I'm not sure what to tell you (Perhaps there is some sort of online course you could take about rock n roll? A trip to Graceland?)  The world needs rock n roll like this though.   The world needs The Heiz. 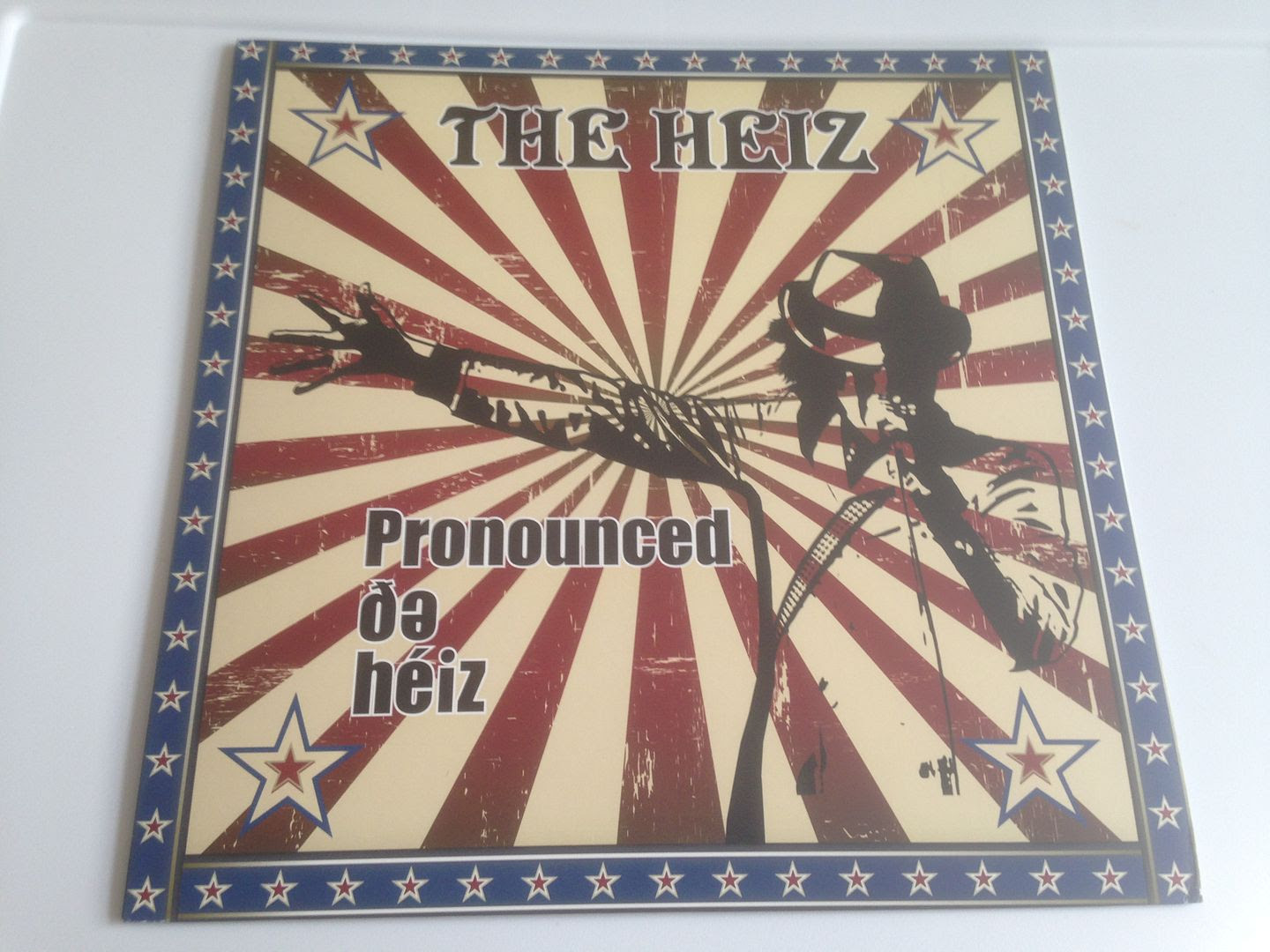 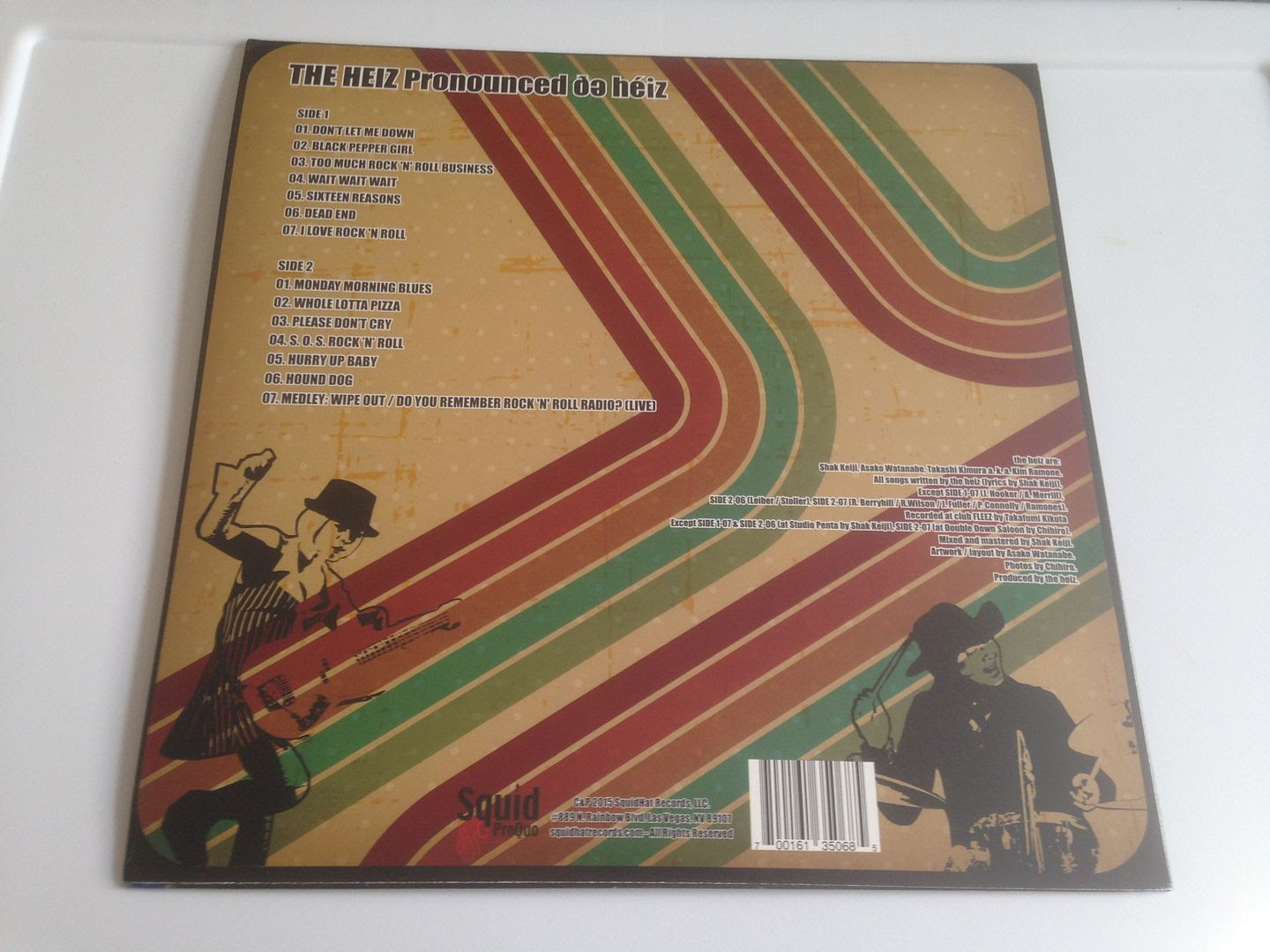 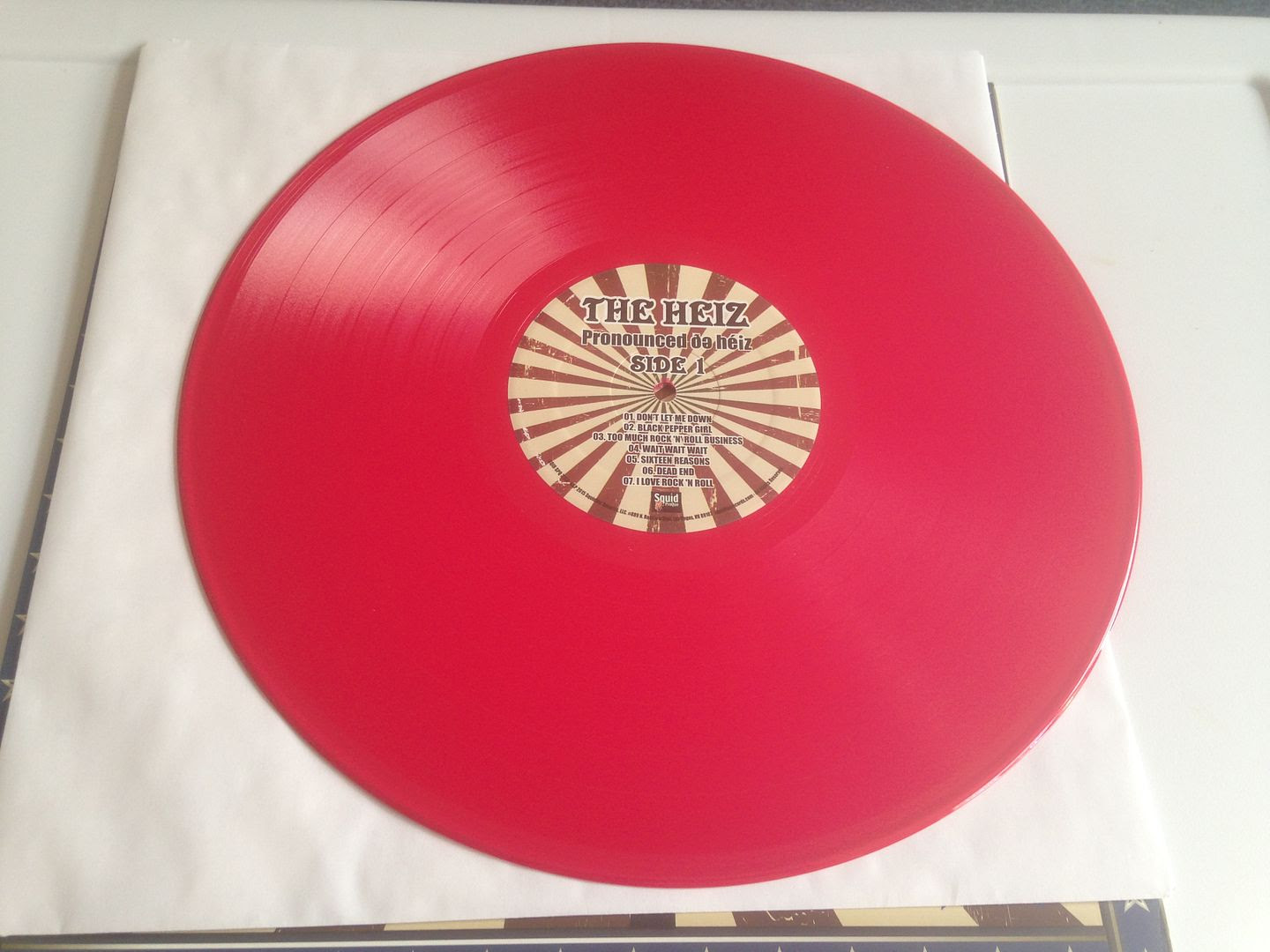 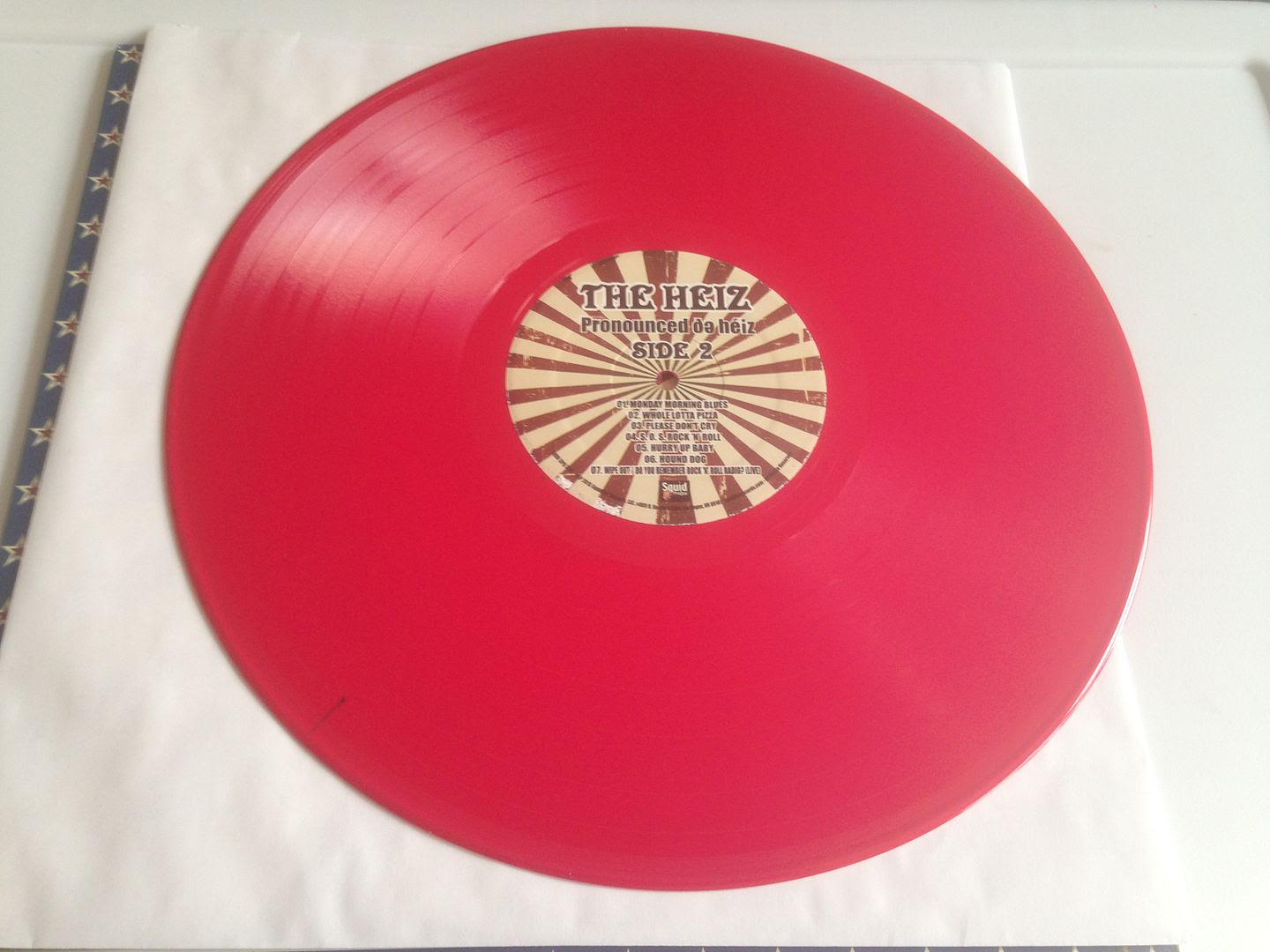