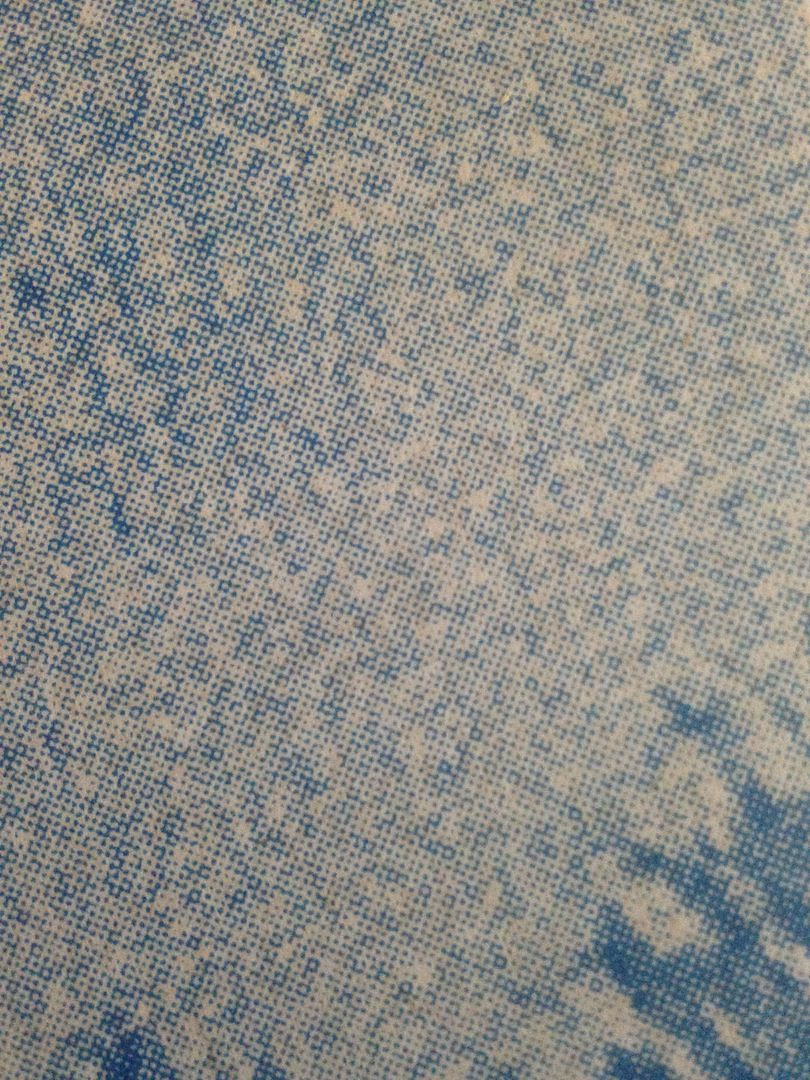 We begin with a distant hue and some shuffling noises, as if someone is moving something around, perhaps looking for something.   As the background drones now there is this sound which appears to be scraping and then these clicks come in as well, but in a sharp way like my smoke detector used to make for some reason until it just one day stopped.    A darker tone comes through now in a deep almost morbid sense.   Within some static comes more like a beeping sense which gives off an eerie X-Files type of vibe.   A waving of some sort comes through now and it has this mechanical sense to it, like an engine is failing.

As this continues to come through sharply it also has these static scrapes with it.    A ringing enters the background and that sound of sand shifting around come be someone digging their own grave or trying to get out of it.   A quieter sense of beeps which comes through as beeps now, with some slight racket behind it, but this all comes to an end quickly followed by that hollow void of fog.   As the fog grows into an ambient hue, there is this sense of something moving around.   I like to picture plastic bottles tied down to something like a shopping cart, both blowing in the wind and dragging on the ground.

Of course this is also in a post apocalyptic setting where you must hunt to find water like Tank Girl.   Oddly enough, what sounds like some kind of wind pipe blows out notes next which hold for a bit and give off the feeling of desert air to me.   It could be a flute now as well, but it still just makes me feel like we're melting in the hot sun (and not just because I've been part of a heatwave lately)  As it fades out it just mostly feels like the way water would evaporate on the hot ground only this would be more of the act of something more tangible.

A quieter sense of static kicks things off on the flip side.  A hue comes through as a tone now and another follows the way the dialtone comes out on an old telephone.  That disappears and only the slight crackle remains to kind of mess with your hearing, like when you take headphones off and go back to the real world of sound.   Slight squeaking as if nobs are being turned and then frequencies come through.    Those tones keep reappearing and so does the static but it can disappear just as easily.    This is fairly minimal as only softer sounds can be heard, as if in the background.

Slowly, a beat begins to build and then some sharpness comes through as if someone is releasing the steam on a locomotive.   Another sharper tone, like an alarm, comes through now with just a little bit of that static feeling like it's bubbling behind it.    Something also feels as if it is shaking and then a loud ambient hue shines through.    This build and collapses like a train horn but in a magical way.    You can hear the way that all ends and ask the next part begins someone says "Good luck, Raymond!"  Somewhat distorted video game tones come through now as if we are fighting some space fight.

Laser swirls come through but this has a distinct slowed 8bit feel to it.   Whirrs come screeching in as well.    As this sort of screeches and scratches its way through, it also can feel like it's bobbing up and down, somewhat of a motorcycle vibe here as well, which if I'm sticking with my video game notion on this last track here I would say goes with "Excite Bike".   It kind of waves a few more times and then bows out.

I've never heard the music of Ivory Trade or lilac before so this split cassette introduced me to two new artists.   What I like about this split, in that sense as well, is that there are similarities on both sides and yet they don't sound too much alike either.   I would suggest headphones for both sides as they generally tend to have this quieter, minimal sound overall, though at times they do grow to be louder, more commanding.    In typing that statement about them, yes, they seem to be the same, but in many other ways they are not, which is just a standout showcase of what music can be. 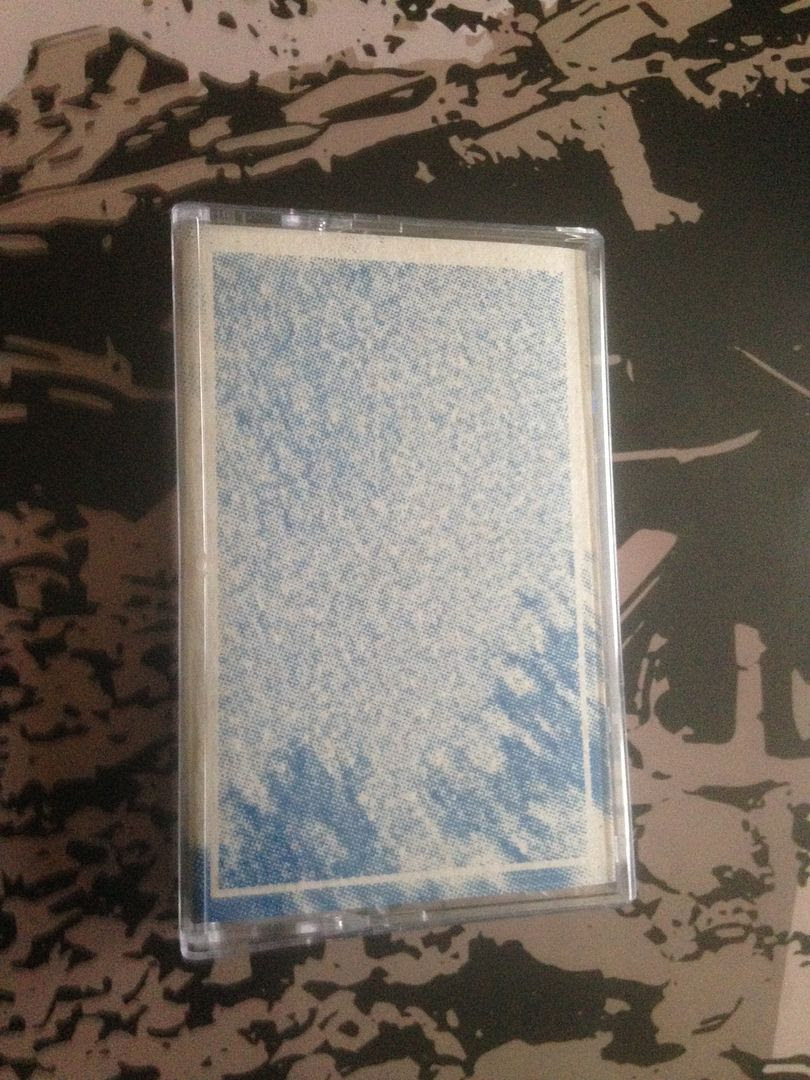 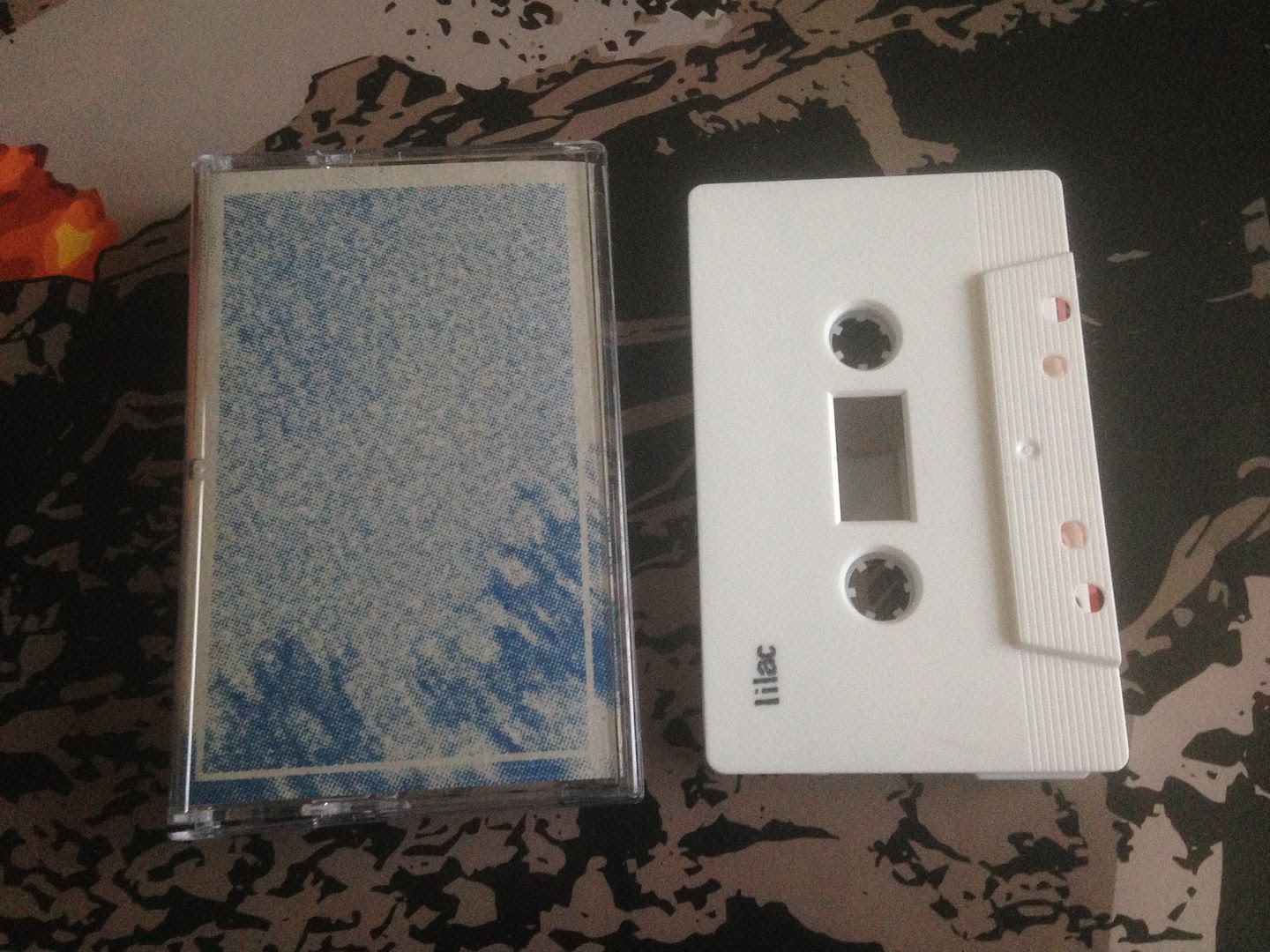 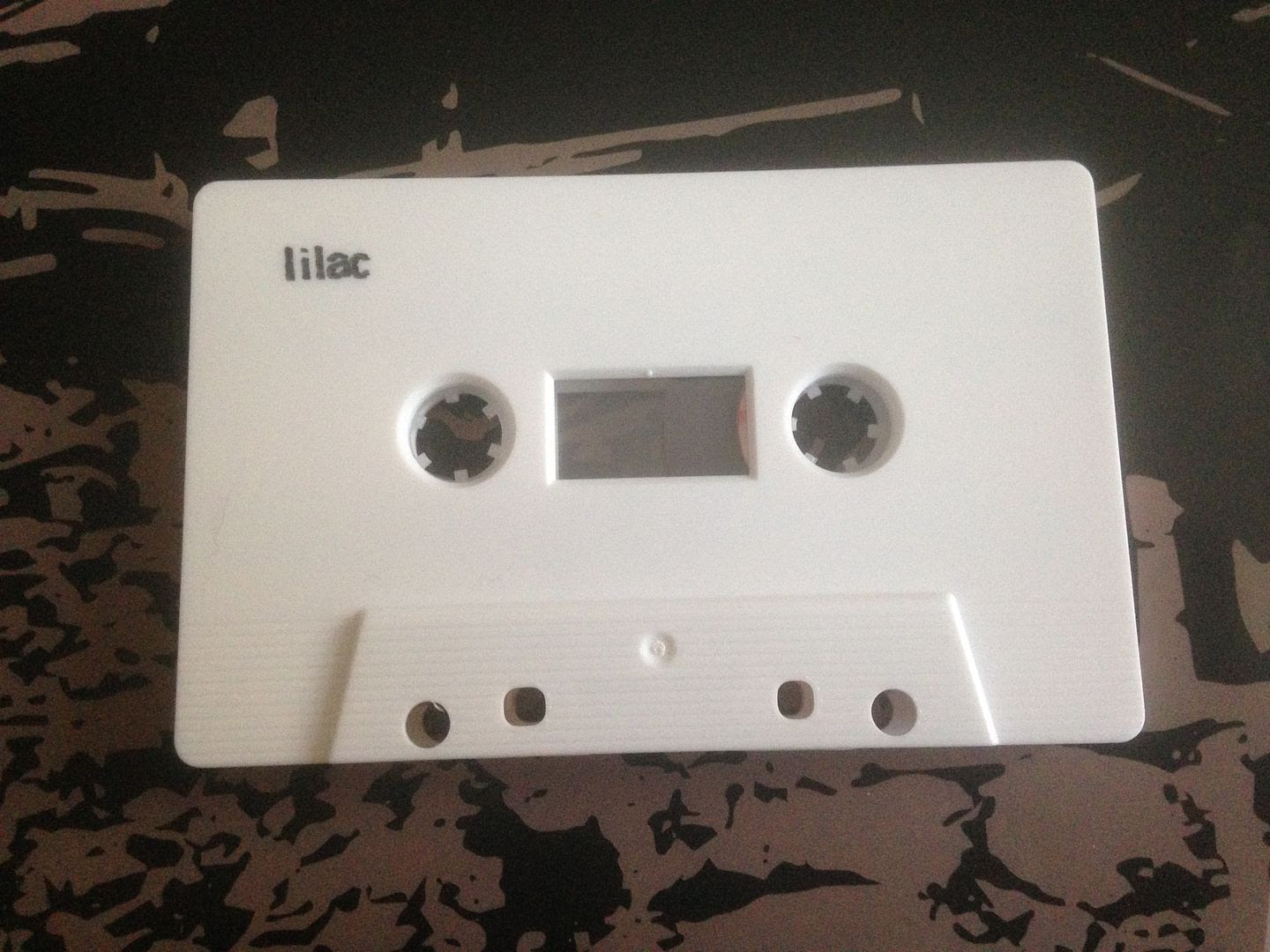 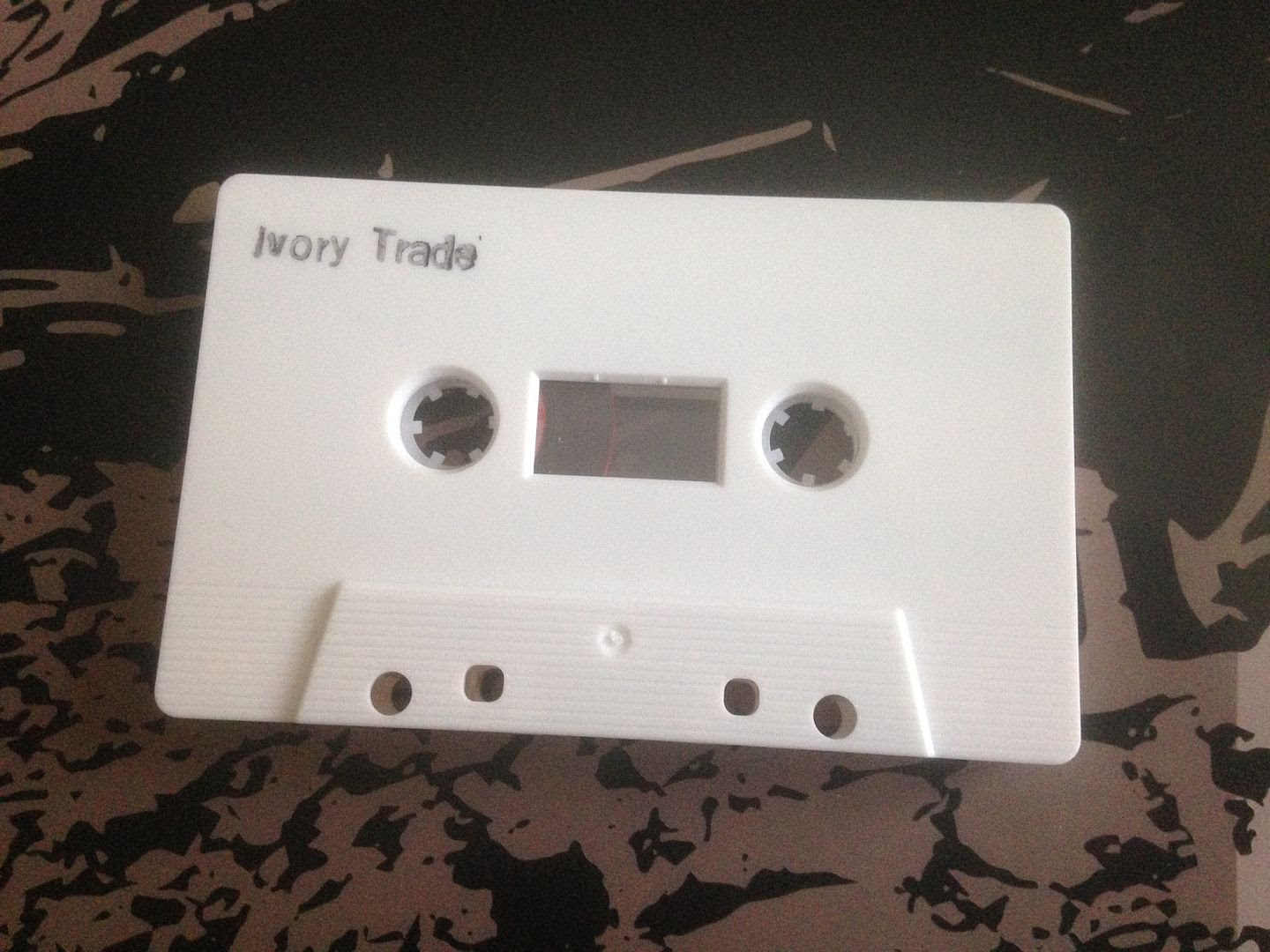 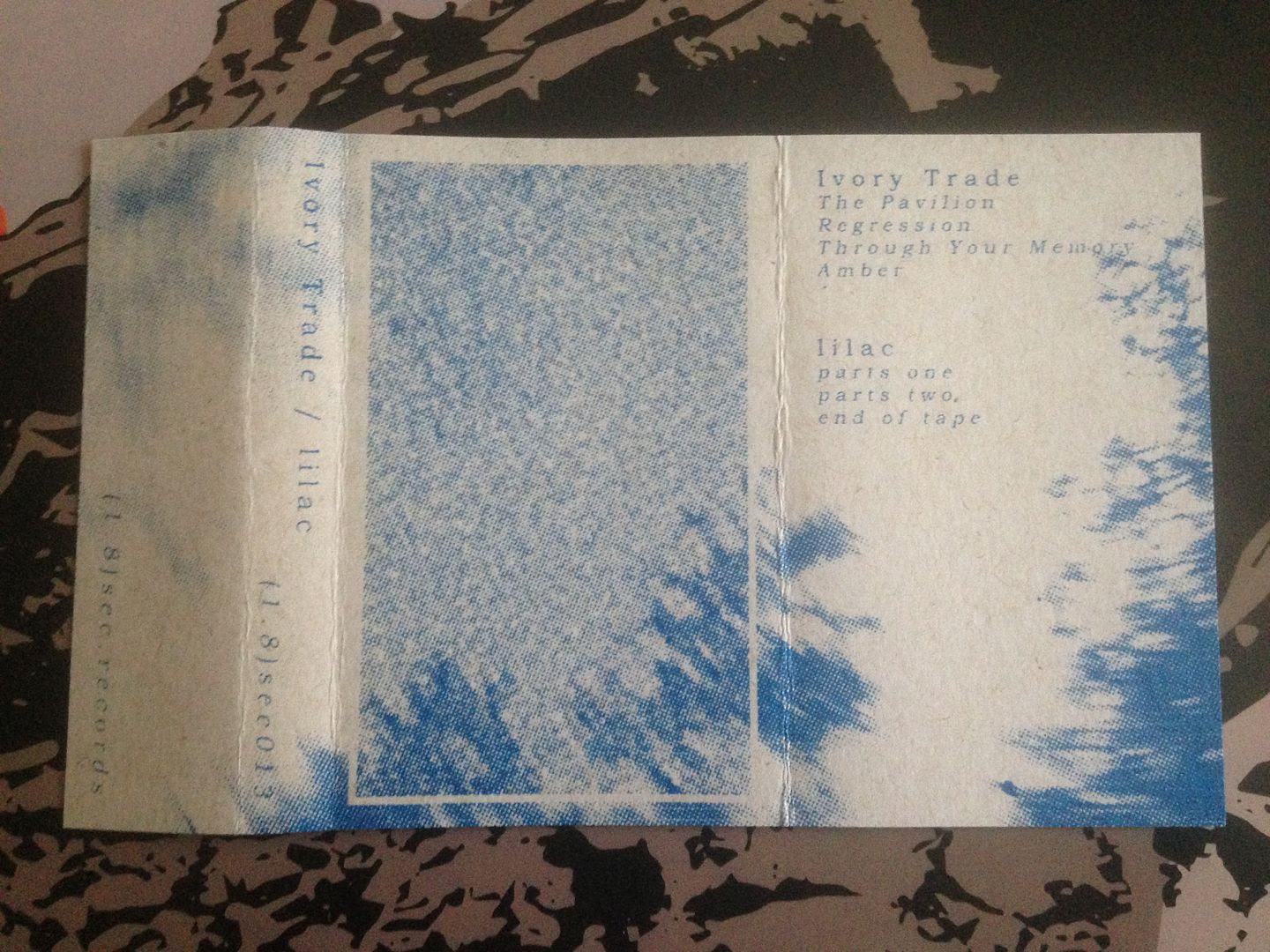