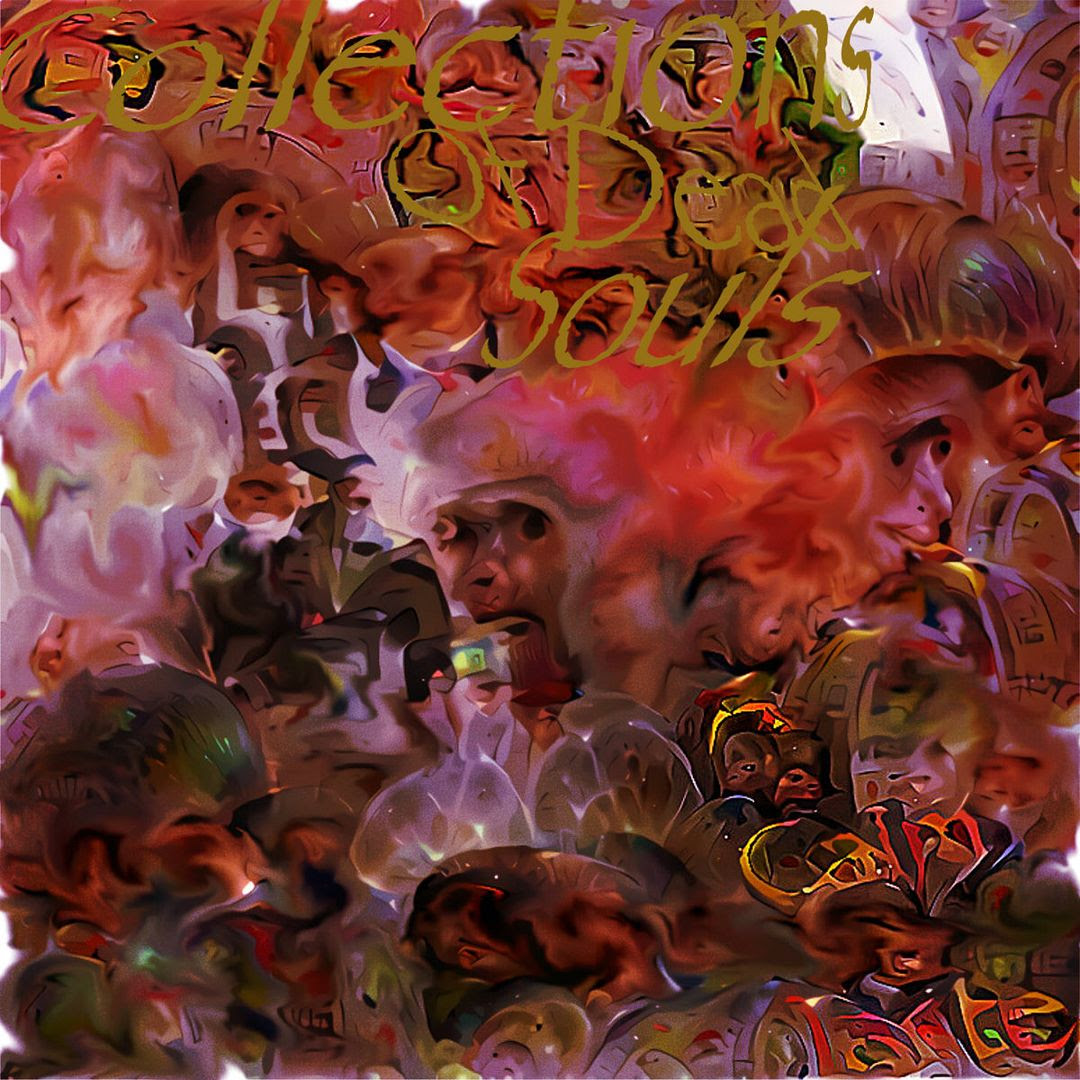 Strong hues come in with a sense of relaxation.   These are calming tones.   They swirl together, but rarely touch, creating the illusion of drone.     It begins to feel a little bit more like we're in space now, an audio frequency transmission coming through in waves.    While there is an overall feel of drone to this, it has these slight alterations within it as well to show that it isn't just that some note droning over and over on end but rather it's more of a minimal symphony.     That also isn't to say, though, that it's just on that other side of the line for drone because there is quite a bit more going in here that I wouldn't really want to put this in quite close range, as bits of static come through chopped up.

Rather than thinking of "A Calm Taste" as being drone I just like to think of it as having a slow build.    At the same time, if this was sped up to a faster pace (but not like punk rock speed) it could even be closer to the sound of that weird instrument I always like to use as reference from the live action version of "Masters Of The Universe", which is something I'm not sure anyone ever gets but I might have to add more details to if they bring MOTU back as a film.     But to my point, I'd think of this more as ambient/soundscape than drone, even though I would understand why this could be called "drone" if you were to do so.

For this EP, the first track is the original version of "A Calm Taste", which is 13:34 (and it's weird to me to say "It's about thirteen and a half minutes" when I can just type the actual numbers)  and the second track is called the "Extended Beat Mix" and clocks in at 32:47.    This mix has drums, which differs from the original, and there are also other added electronics.   It still remains relaxing somehow and yet also in this dreamy/trippy void.    As the laser shots come through the best way, perhaps, for me to describe this specific version of the song is as an interstellar lullaby.

The third track is referred to as "Meditation" and at 16:38 it is longer than the first one but not as long as the second.    This isn't a "mix" of the first track though, so much as it is its own song with skipping electronic glitch which ultimately becomes eerie.   There is this jangling like magic or perhaps insects and it just grows, builds louder and more intense.    At first, I thought "This doesn't feel like a good song to put on for meditation" but as you really begin to dive into you can really begin to unleash its true potential which does become quite useful for meditation even if on the surface it doesn't feel how you would generally think of such music (minimal, quiet, etc.)

A sound of electronic pianos opens up the final track, which has the modifier of "(loops)" on it.   It feels a little bit 8bit and then it kind of just stops and comes back with these drone type hues.    In some ways, this really reminds me of the first track.    The third section is a bit more serious of a drone, not quite as many layers as the portion before it, and then we get into beats being used in different ways but not with any other sounds so it feels like an acoustic percussion bit.    This seems to end as a steady beat comes back such a pulse.  I feel like if you could isolate the different sections on this track and mix them together (or if you added your own ideas to one of them) it could make for quite the song as well.    Much louder tones bring this to a brief end.