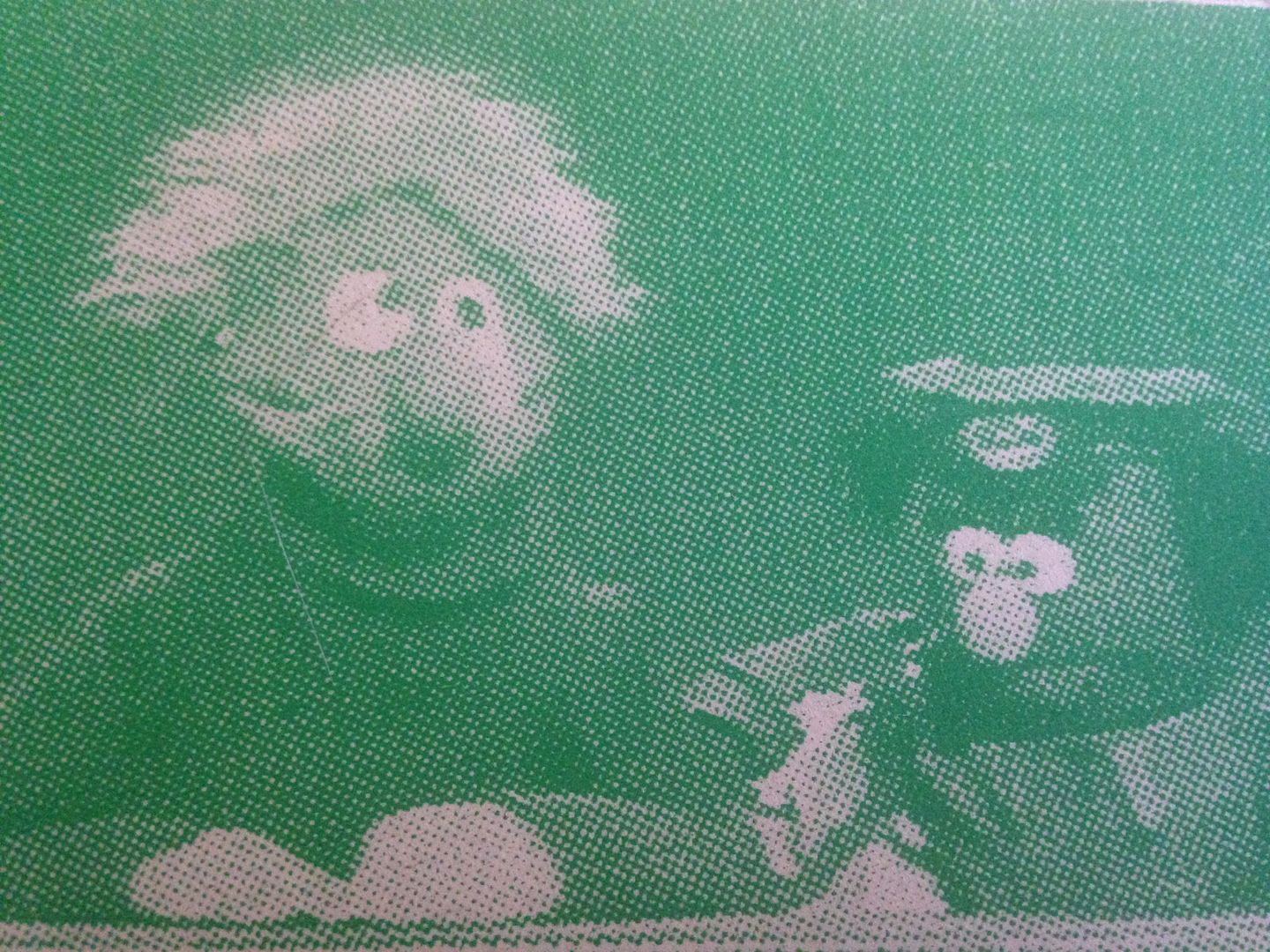 Angelic organ tones begin this cassette as if we are in church, which in a way we kind of are.   A voice says "The Mailman" and begins to tell a story of how the house was burned down.   Distant thunder looms.   Pianos.   This is some interesting combination of music and a spoken word narrative.   Part audio book, part poetry, this is something I imagine performed live with someone speaking into a microphone in the dark while other live musicians play and visuals accompany it all on a large screen.

The piano takes over for a while and then what sounds like a violin begins the next part.   It's this frantic flurry of strings now, both dark and higher pitched but there is such a dramatic feel to them.    This is not the soundtrack but rather the score to some great film I have yet to see.    A sound like ripping sheets of paper comes in now as the accompanying words begin to tell us about The Mailman again.    This narrative really paints the mailman as a tragic figure, someone who seems so common, so ordinary but yet is so much more underneath that.

Strings come in next with this rhythm that really picks things up and if nothing else you can at least take away from this cassette that there has yet to be a dull moment.   It feels like a lot to take in, so I suggest multiple listens to fully engross yourself in it all.   It will take you a few times to realize the music and the words together.   On its own, the music is great.   On their own, the words forming this story are great.   Together, the way they have chemistry, is just somehow even better.    They just compliment each other so well that it is not easy to explain with mere words.

Like a soap opera, Side B opens with dramatic strings.    "The Mailman" is said again.   Pianos return.   This is the same idea as what opened Side A- the track called "Prelude"- but this is a different edit of it, as we once again hear about how the house was burned down.     It feels a little bit darker, as there are these brooding drones behind the piano keys.    There is more of a calm this time around it seems.   From blissful ambient strings to darker doom, this is not too much unlike the first side but if you listen to it enough times you will hear the differences.

Even "Prelude" gets a third take but this time it is much shorter.   I just like hearing about how on the anniversary of your passing fire was set to your house.  When I die, burn my house down.    In many ways, the mailman is a complex character because as innocent as he might seem, distributing mail throughout the neighborhood, you can google a list of former postal employees who became serial killers.    There is an almost voyeuristic sense to being a mailman, though at the same time it can be just as wholesome of a character.   For me, this music captures that double-sided notion perfectly.

When I was a kid I wanted to be a mailman.   It's funny how we take the USPS for granted now, in a lot of ways.   Email somewhat killed letters that came in the mail and on top of that we have all this digital music now... I remember when I started writing about music in '99 people would constantly send me music through the mail.   To this day, I'm still excited about getting the mail to see what I get and I feel like people who don't share that same sort of connection, people who can't be bothered to check their mail every day seem as if they're really missing something in their life. 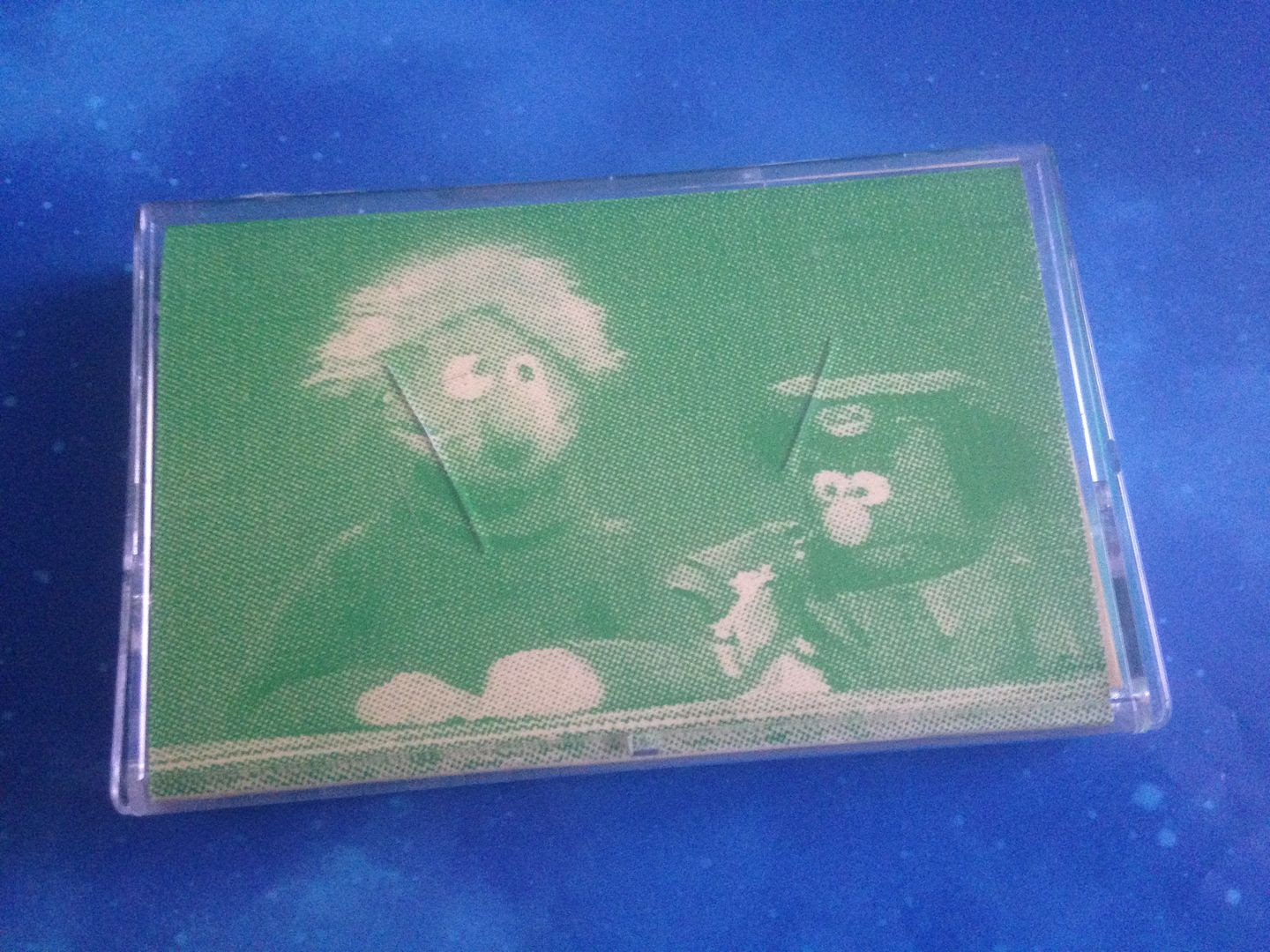 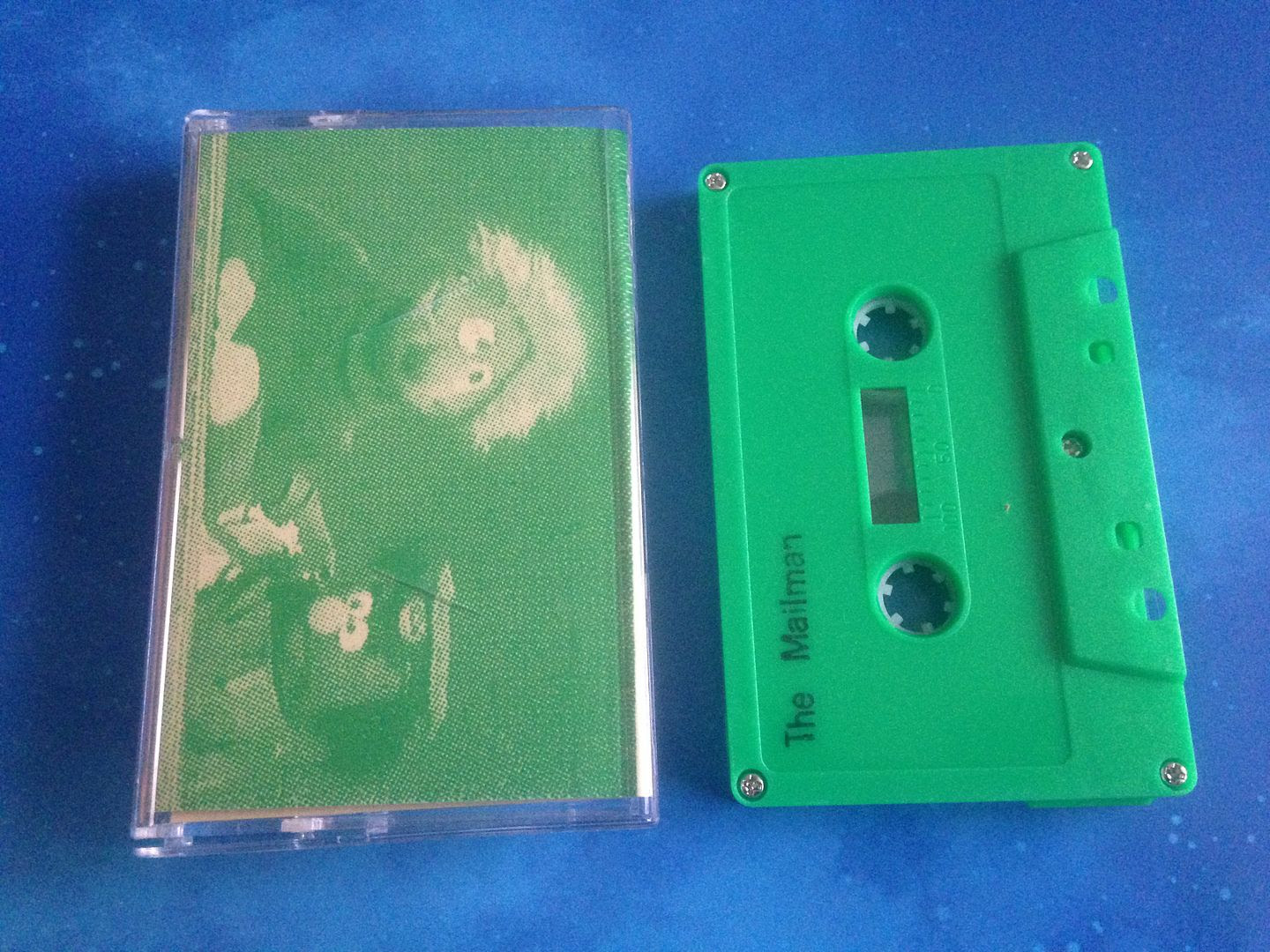 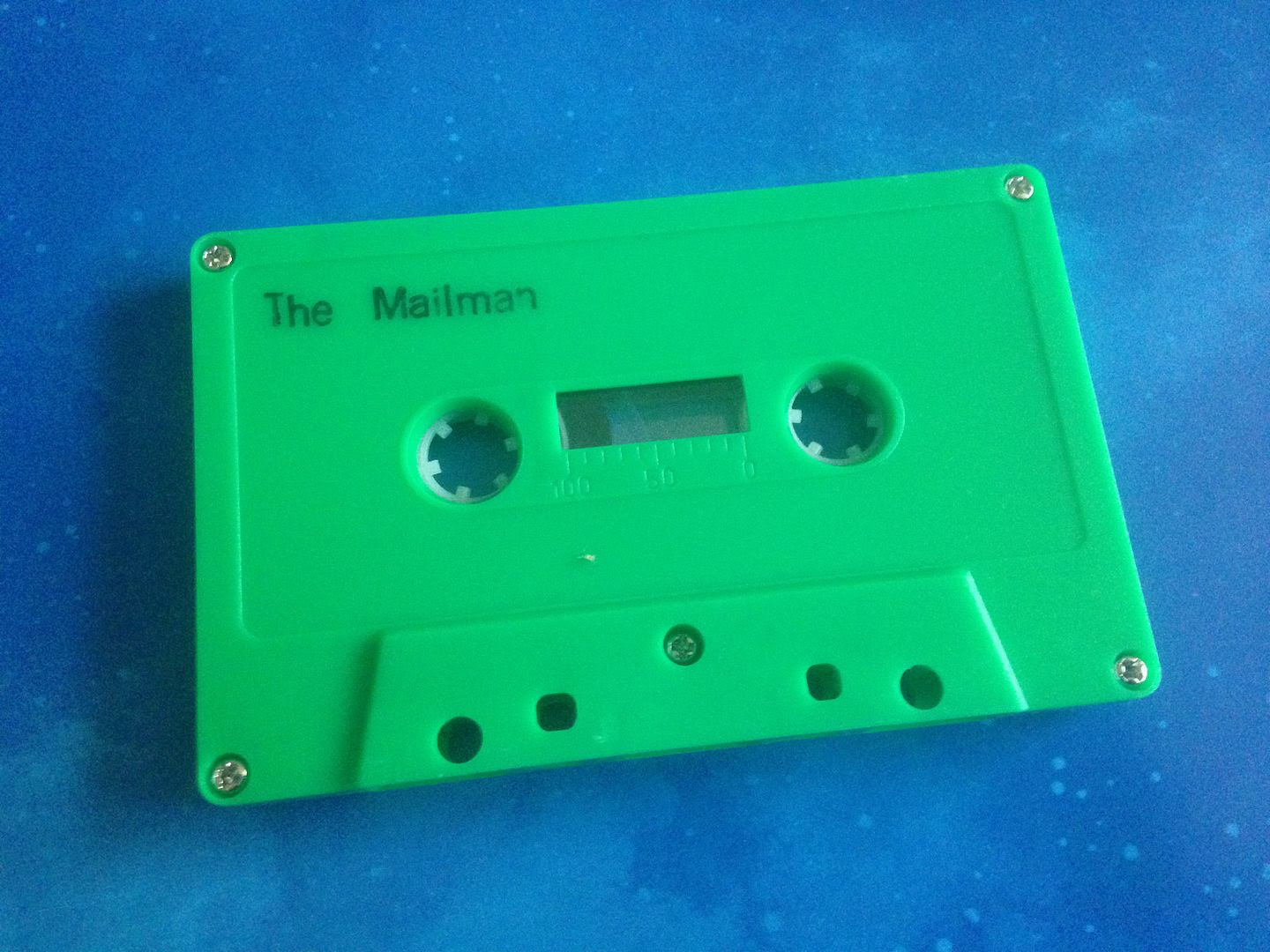 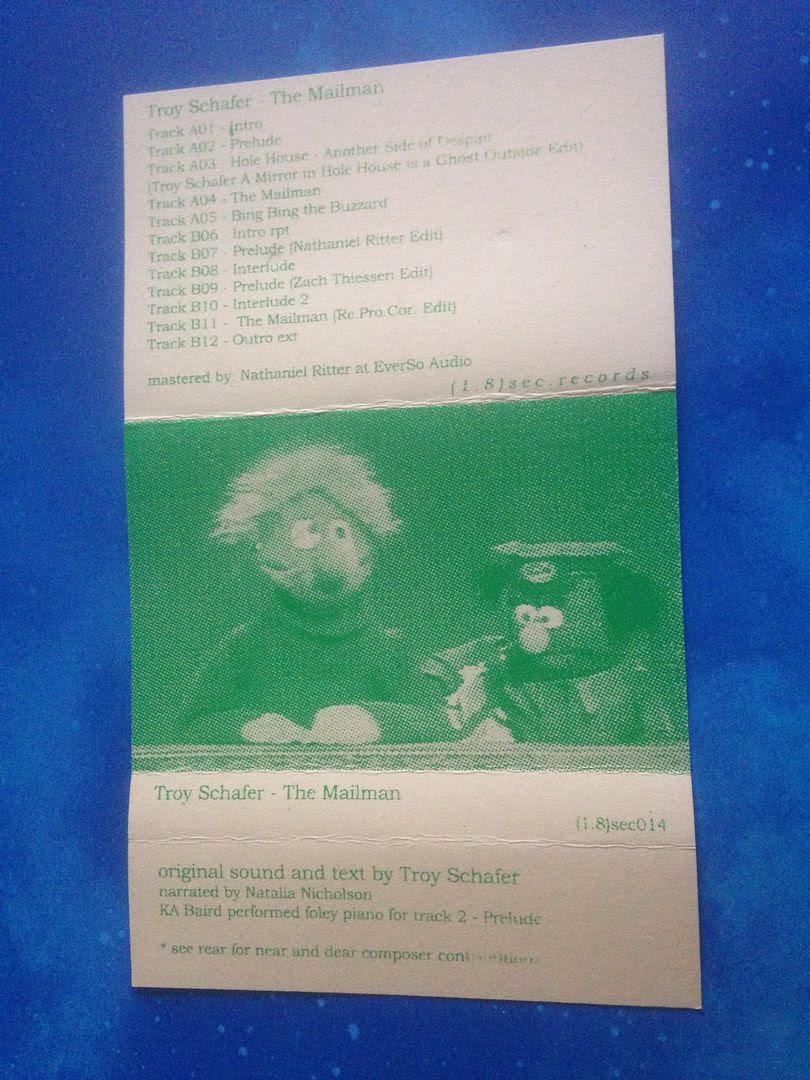