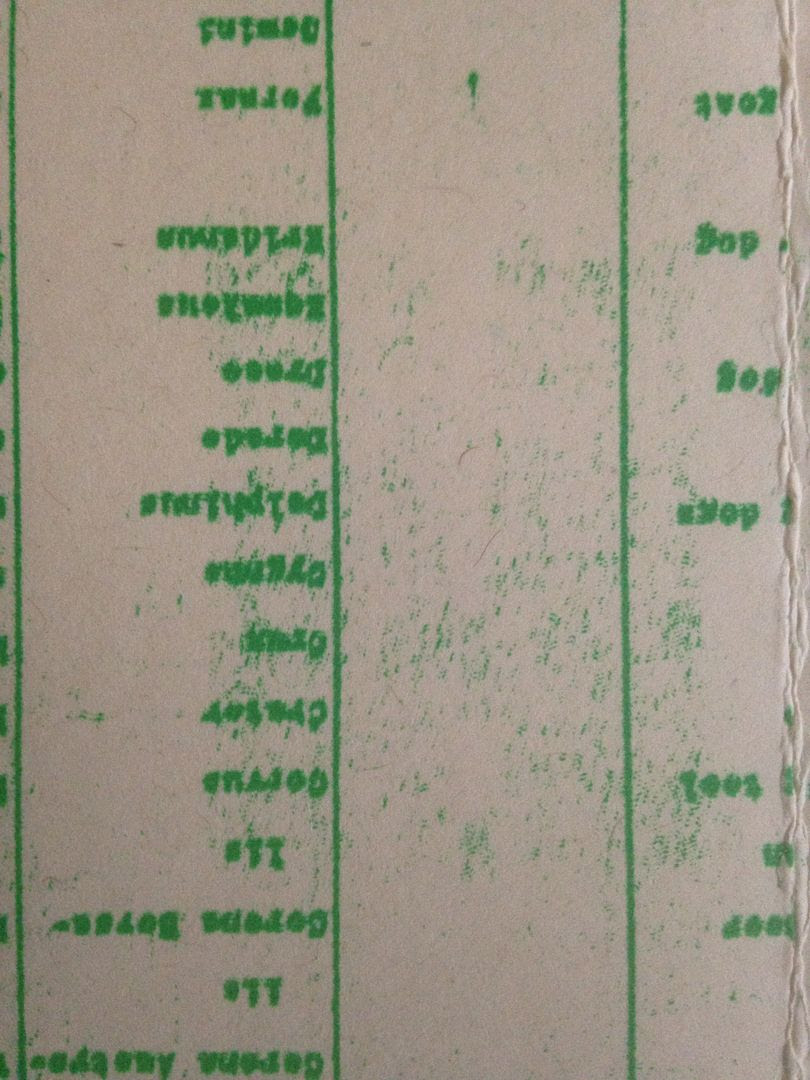 Slight organ tones begin this cassette with the sounds of people talking as well.   There is a sound like coughing and some of these seem to be on loops as well, as you can hear something being said (though I can't quite make it out) more than once and now there is this sort of flute sound as well.   A crumbling.  A frequency coming through like a homing beacon.   It is hollow now, a sense of loudness I cannot explain.   It sounds like footsteps, people shuffling around and it could be someone walking in sandals or some other sound which I cannot seem to define, but as this says in the title for Side A these are the field recordings.

A rhythm like percussion now, one of those drums you roll in your hands and the balls on strings strike the drum itself.   A whirr.   A helicopter.  Dings.  It could just as easily all be a sprinkler system.   People are heard talking once again; a baby.   Pots and pans.   This feels like the waiting room at a doctor's office where as the first part felt like an airport.   That banging of pots and pans together continues.   Some of the words are being manipulated, so it is not a straight forward field recording but sampled and looped to the liking of Steve Roden.

A story in Spanish now.   It sounds like a voice mail for some reason.   A chugging like a train now.   It is possible this is the subway.   It could be waiting for the train but there is also this other grinding sound within it that makes me think that isn't the case at all and it's something else completely.    A more somewhat magical piano sound accompanies business men talking.   Bells jingle now.    They fade out just as easily as they came in.    A tapping, maybe a creaking.    This is followed by some sort of tapping but almost closer to a banging like someone hitting a pen against something metal.

More voices now.    It feels as if we are walking with these conversations.   There is also this squeaking which makes me feel like something is with us, like luggage, that is making that sound.  Someone singing can be heard off in the background and this feels like an airport though I'm sure you could hear similar ideas on the boardwalk in San Antonio.    A back and forth ticking now.    We are told as dancers to change into denim or denim and black and that's kind of cool.   Side A ends with someone singing, but not words just a melody.   I want to say, I've thought about going out in the world and recording things but "field recordings" aren't all that easy.  Plus, the other night I heard this go by on a skateboard angry-rapping the whole time and I wasn't fast enough to record it though I wish I had been.

On the flip side we have what sounds like synths coming through almost like modems.   There is this ringing whirr behind this as well, as it almost feels like an alarm.   The modem sounds seem to have shifted into this in and out breathing feel, like something scraping in the outer galaxies of your mind, and then that ringing persists still.   It feels like we're on some sort of space exploration for sure.   It begins to even start seeming like it put this hypnotic spell on me, which music can have this way of doing, but this seems like it is doing it even more than most times I've felt it before.

Tones come through now with expanding lasers and this overall feeling of robots, which makes sense given the side title, but it just feels like that glass tone or something like a dialtone mixed with all these whirrs and lasers that you might hear from Transformers.   Yet it carries itself in such a manner that it does create a robotic symphony which is unparalleled with any other piece of music attempting to do the same.   Then it all just speeds up and gets pretty crazy for a moment there.   Beeps go in and out now in a somewhat darker manner.  There is a slight distortion as well.

It takes on this feel like an Atari game as well somehow.   These tones coming through, dropping off and creating a pattern which could be some game I've not played before but would definitely be interested in playing.    This is how the cassette ends and it makes for quite the interesting listen as the first half does seem to represent society more in a human way while the flip side is more towards technology and robots.   If you follow along with AI at home you know we're pretty close to becoming "Terminator" levels with our society, so let's just sit back and wait for that day to come I suppose, but at least enjoy this music until then. 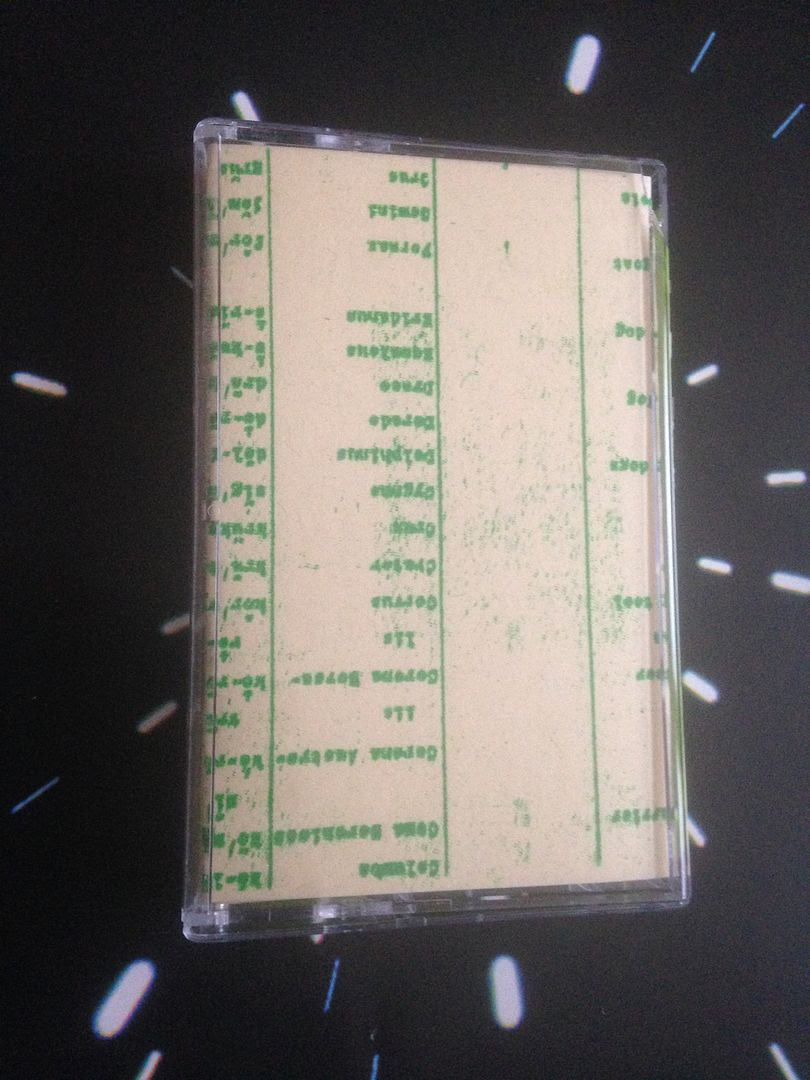 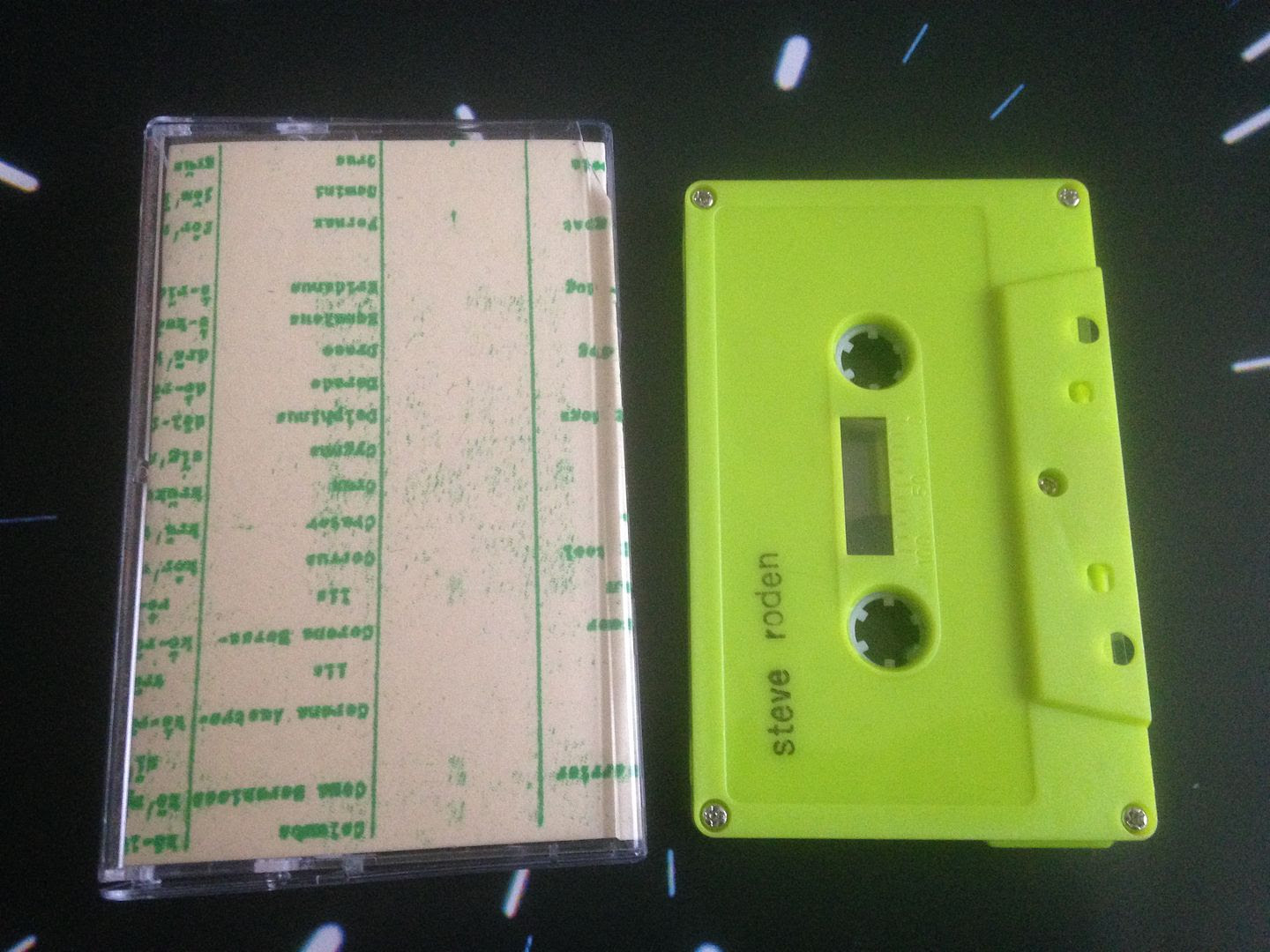 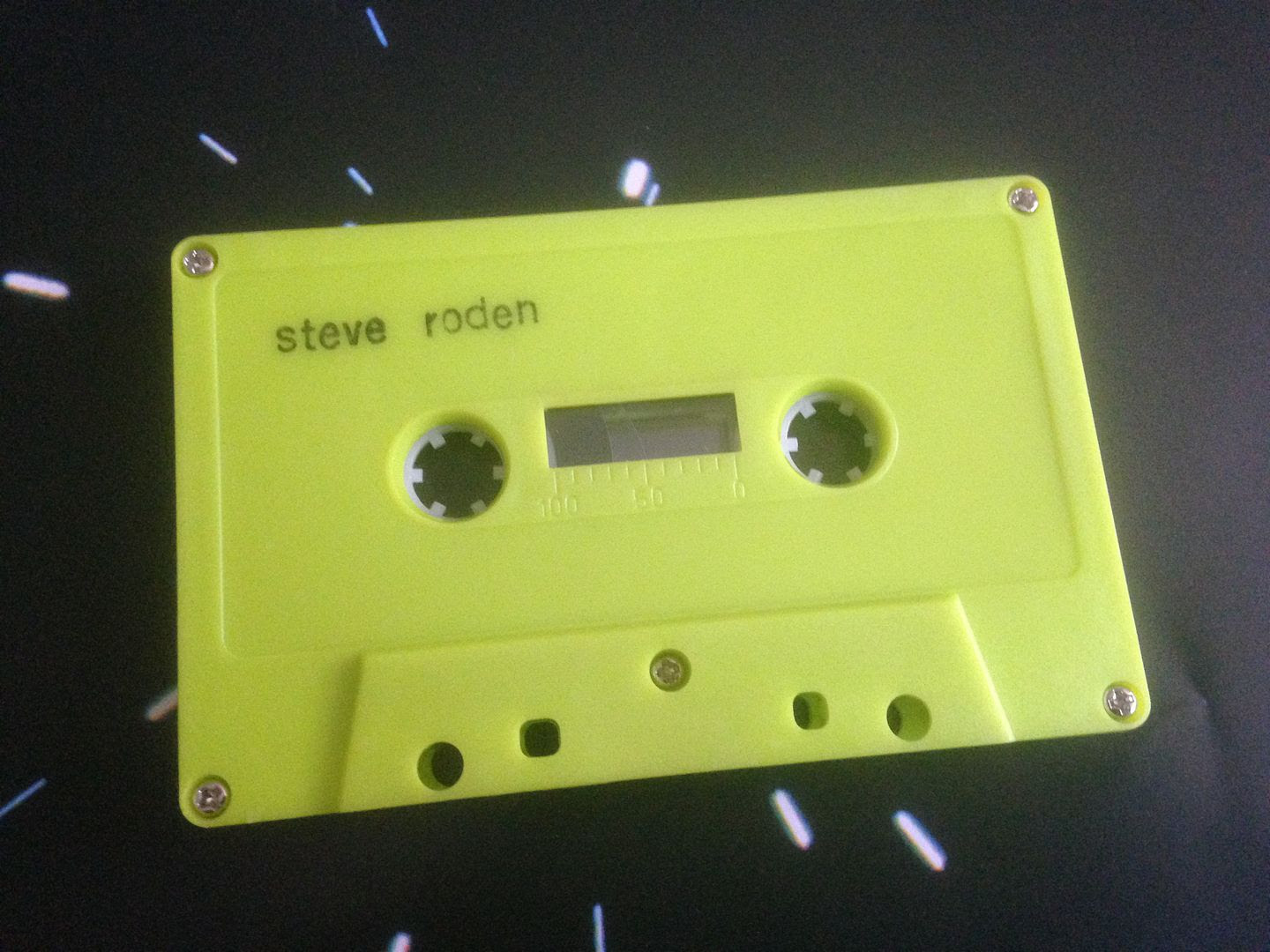 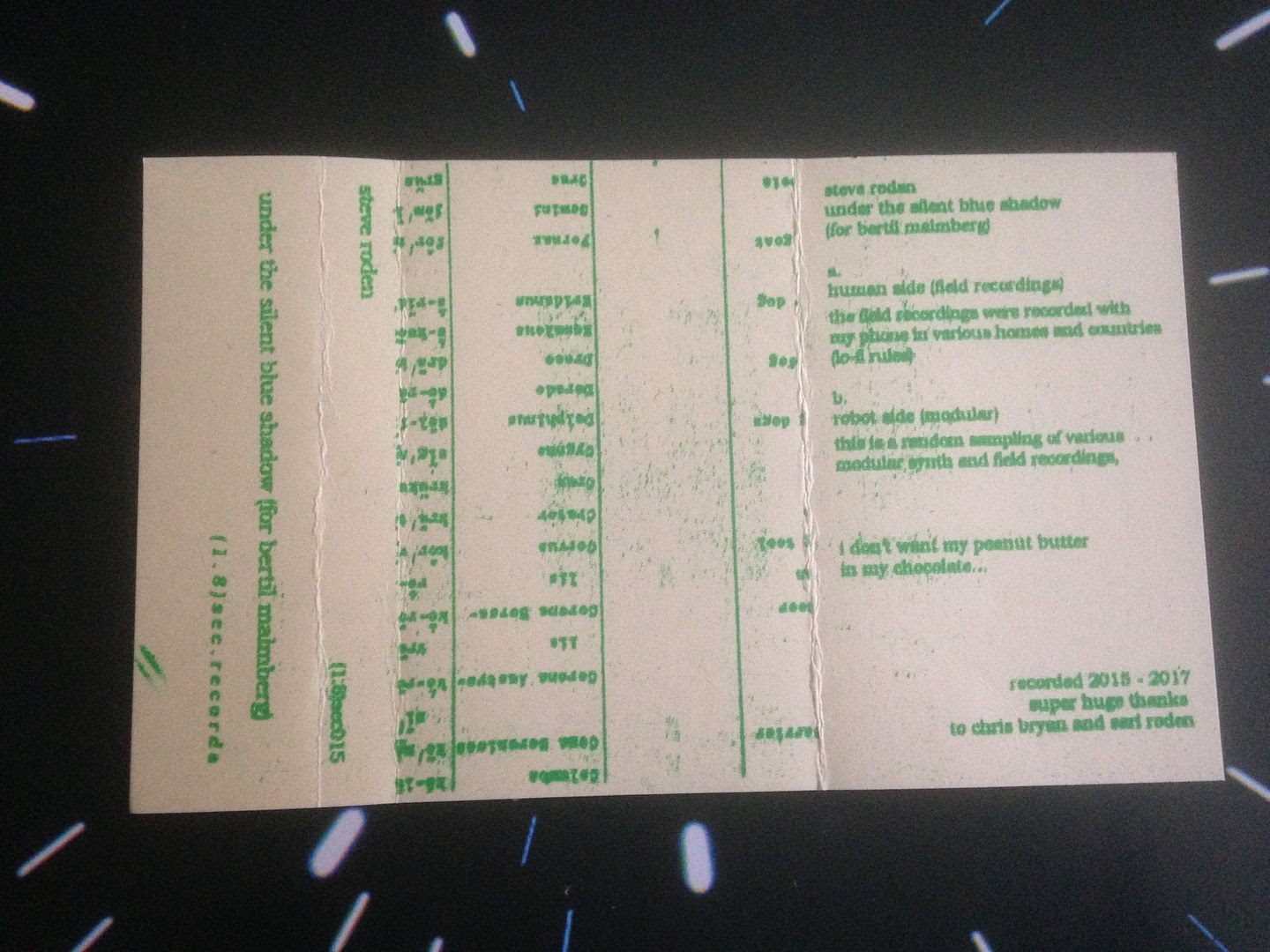