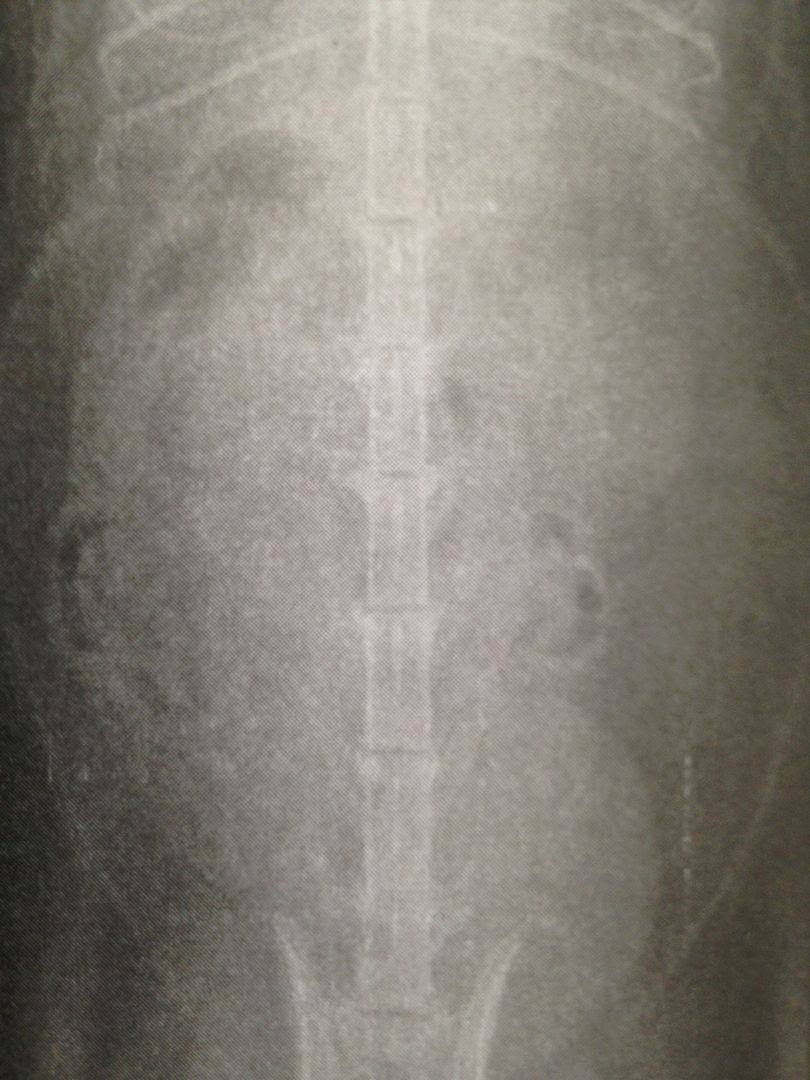 A loud, heavenly glow starts this cassette and then what sounds like an electric drill comes in.   There is a space quality here, such as you would find in that "Masters Of The Universe" movie, which was recently added to Hulu.   This shifts to dings and then a rhythmic pattern of tones which feels soothing.    It feels like it could fairly easily turn into a pop song and instead kicks into these drums and guitars which have more of an electronic feel, like something out of "Alias" perhaps.    The percussion now shifts to a more acoustic feel and it's bringing out the inner "Low Rider" within all of music.

This continues with a somewhat serious feel to it, like "Mission: Impossible" and it stays in the electronics field as well.    A pattern tapping with whooshes now and then something which sounds like a cat purring and bottles being opened but is likely something else.   Drum machines and guitar notes now give off a strong Radiohead vibe.   It's like "Paranoid Android".    Now it's more like a scraping and sounds like a jug band to me, whatever that means.    Big electronic bass comes through and then someone says "Time to get up".

Quieter now, it feels as if a train is pulling into the station.    This makes it sound like church as those keys come in.    This goes from something like Prodigy to a more magical carousel ride pretty quickly.   Tones lighten up now like a television station all sign.   Beats come through electronically and there is a space dance feel to it.    Drums which sound like clapping bring about these bells and it has a definite feel to it like something you might listen to with a pop song.   The bass gets darker now, deeper, as the next part starts.   Uplifting tones come through with it.

Back into that funk like "Low Rider" now.    Then it gets a little bit more like "Weird Science" or something you might hear similarly from the soundtrack to a movie from the 1980's/early 1990's.    A pretty sweet piano riff comes into here as well.   It has a sort of jazz feel to it, but it's more like when a band from the 80's had a keyboardist.    It all winds down and returns with big synths and waves crashing.     More beats and more of a sci-fi synth now as we are into this borderline "Stranger Things" sound now.    Video game shots are fired now and I'm singing along.    Someone is saying "Let's go" now as the pace quickens and it gets more upbeat as well.   The levels continue to be raised until we break down into minimal beats and lasers barely squeaking through.

As we creep through the next part a lot of this reminds me of that "She's Got The Look" song, though there is also just some straight up jackhammer drilling now.    This molds into darker rock with electronic bass winding through it.   A much more urgent sense now, as if a transmission which cannot be ignored and this is how the first side comes to an end, after what is either the rustling of papers or something to do with water, though it somehow feels like it could be both.

On the flip side we have the "wet food".    It opens with these somewhat eerie, somewhat dramatic like a soap opera type of electronic tones in a loop.    People can be heard talking in the background.    Someone speaks much more clearly and electronics come out like a cop movie from the 1980's or maybe something more along the martial arts, where I feel like it could almost be from that Double Dragon movie they made for some reason.     This all quiets down into an acoustic guitar note loop.    People can still be heard talking in the background though.

Pianos enter a rather dramatic fashion.    It sounds like some kind of percussion enters here, like drum sticks hitting a hollow pipe of some kind and it adds to the piano.    There is also a decent amount of static coming through here as well.    A whistling now, as things whirr and wind down.    There is also this squeaking like from a chair or something but it also resembles a duck as the wind continues to whirl.   Someone shouts "Hey! Knock it off you freak!" and then more pianos come through in an uplifting manner.    This has a rather post apocalyptic feel to it now as well.   Wind chimes and people talking in the background are added in now as well.

Those weird tones that sound like singing from pop music come out next with angelic synth tones.   It kind of feels like it's going to go into an ad I usually hear on SoundCloud.    A quieter rhythm begins to build now.     A definitive haunted sound comes through now and it really begins to feel like a horror movie.    This could perhaps be bowling based upon the rolling sounds I hear only there is no pin crash so I'm not entirely sure.    Someone is talking about Dallas and so I can only assume it's at an airport.

Beeps now and magic tones.  "Does that make sense? Ok"  It almost feels like a ringtone.   Now it feels a bit more dramatic, like "Law & Order".    Which then becomes an 80's dance party.    It just moves now like the end credits to a television series.   Heavier beats and rhythms make me think of an old WWE theme song, like back when The Headshrinkers were a tag team.   Then tones come through and give it some added depth.   A quieter rhythm now, somewhere between a ringtone and the start of a pop song.   More electro-synth beats like a song from the 1980's or 1990's and it kind of sounds like a mix between Human League and New Order.   This changes into something darker and a lot of these sounds could be used for scores to television shows from the 1980's and 90's.

Scale progressions come through with these notes now and there is still a sense of being in space despite the rock sound it carries with it.    This winds down into a grinding where it almost sounds as if we're at the airport but instead of listening to the people we're listening to the planes take off.    Static distortion comes through a bit choppy now.    It crackles and sparks like a firecracker.

One thing that this cassette has made me do is download the Voice Memos app again.   It's so much easier to access than having to wait for Garage Band to load and I used to use it a few years ago to make my own field recordings then I don't remember why I deleted it but I feel like it is best to have on your phone.   Everyone should be out there recording everything, making field recordings.   But to play them back in the way that Nature Camp does... Well, not everyone can do that, obviously. 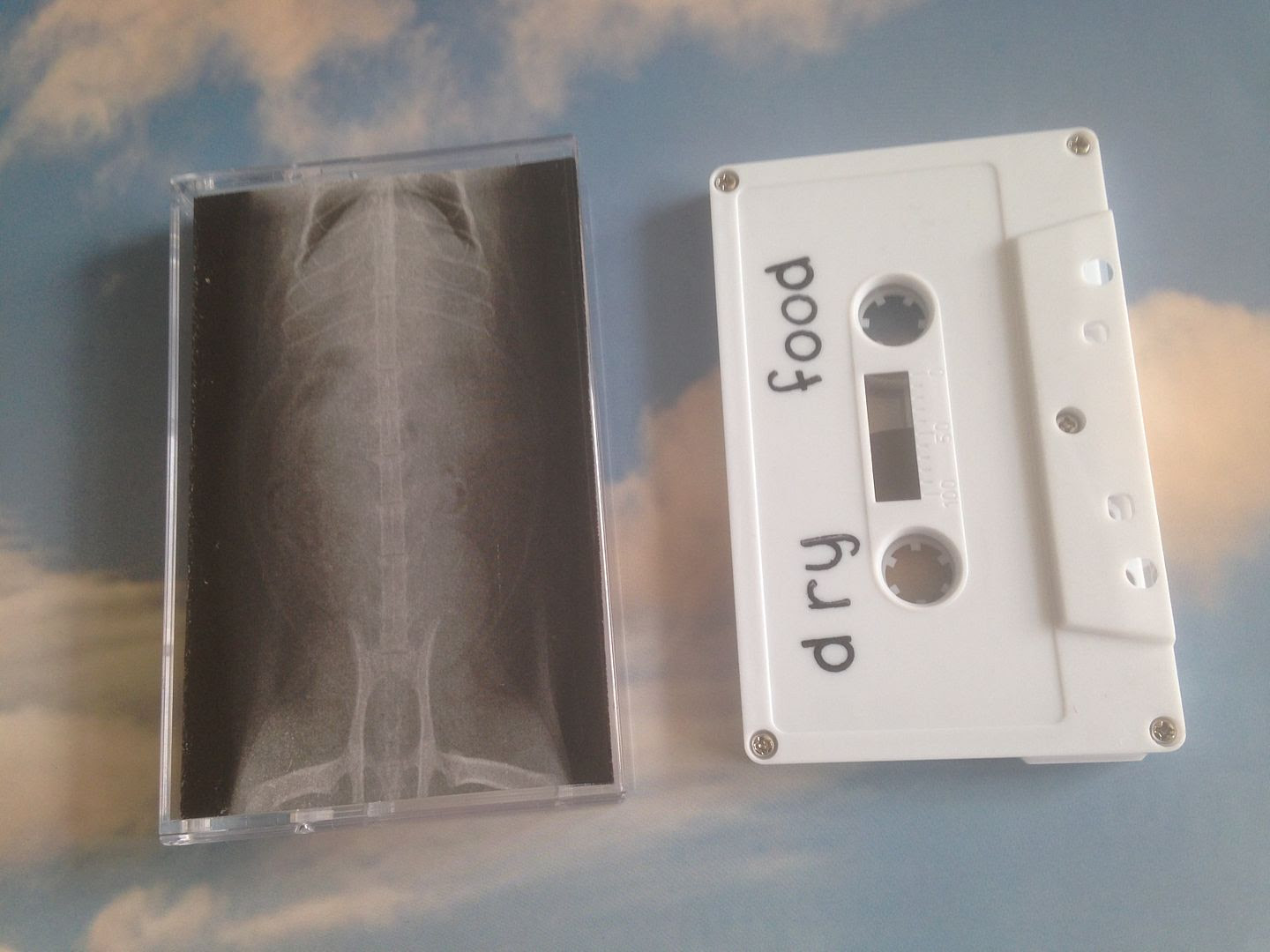 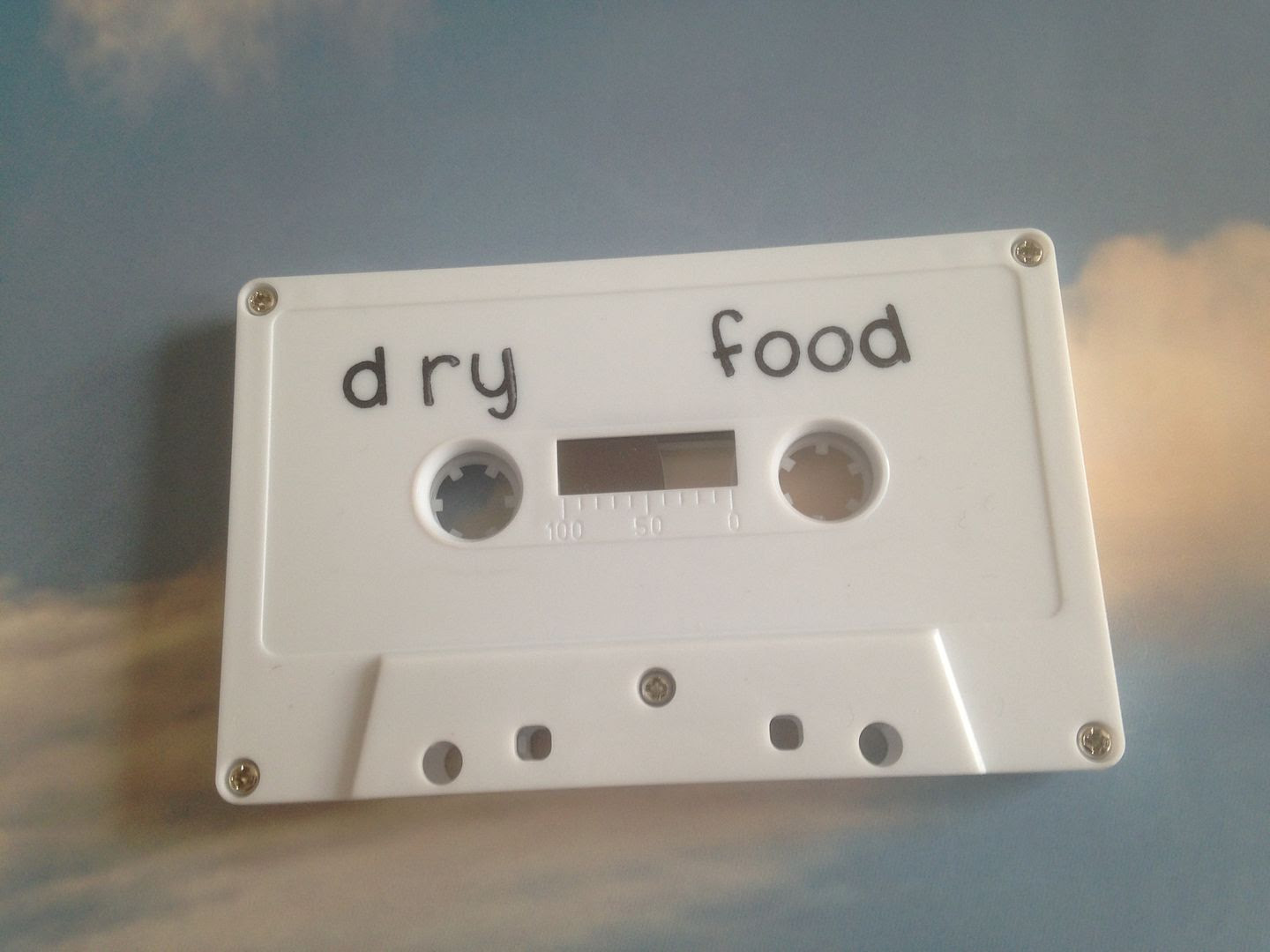 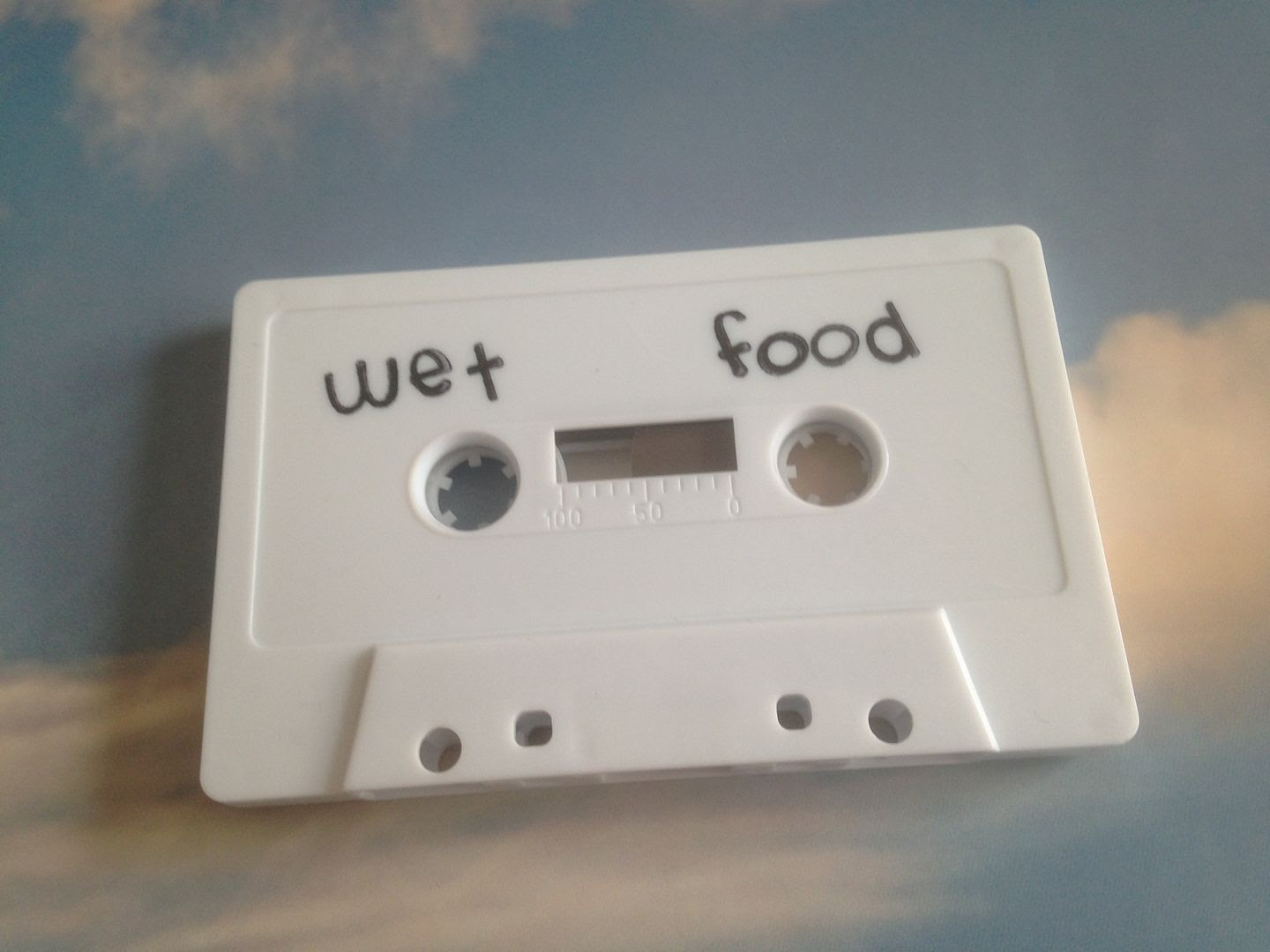 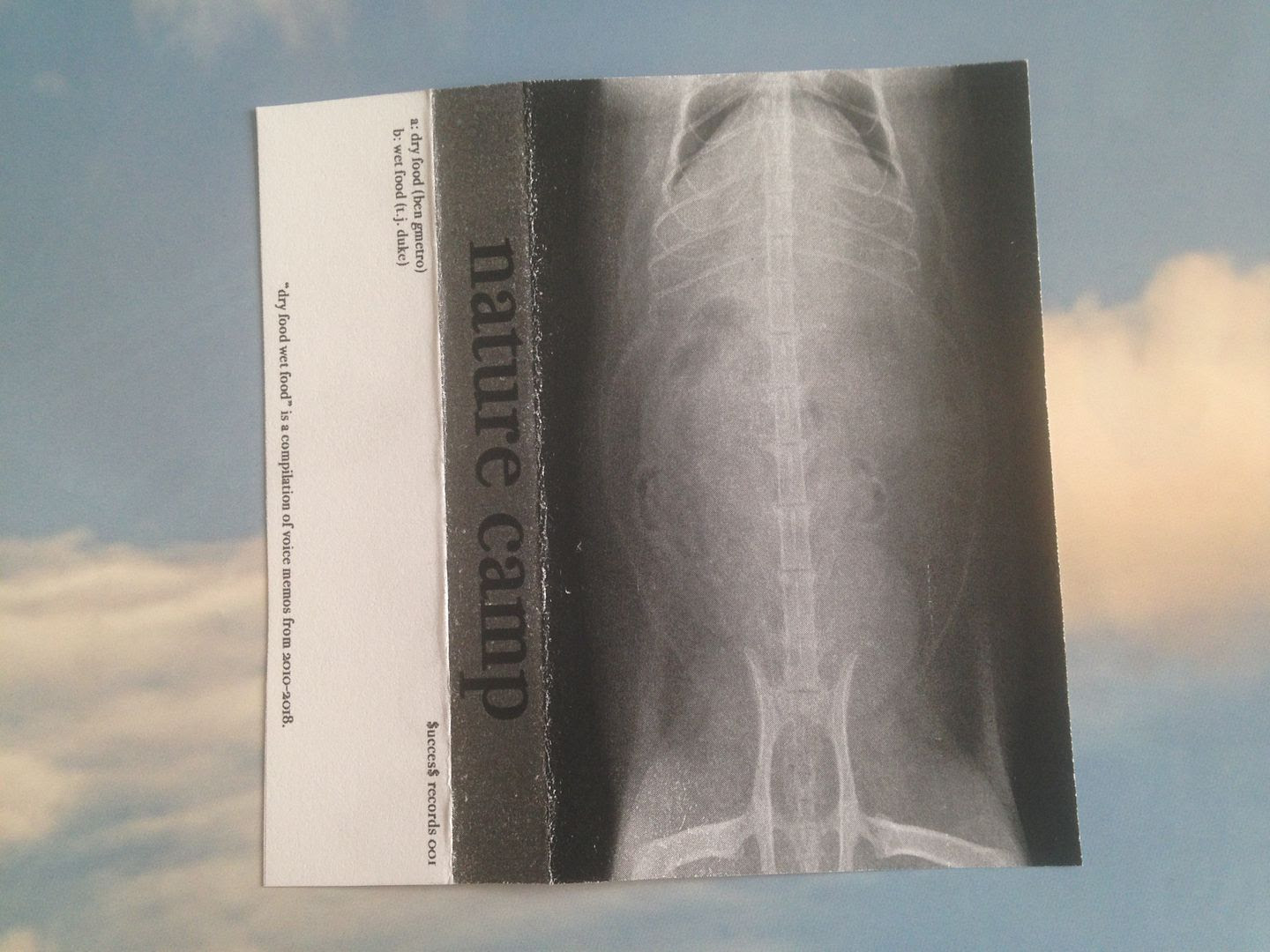 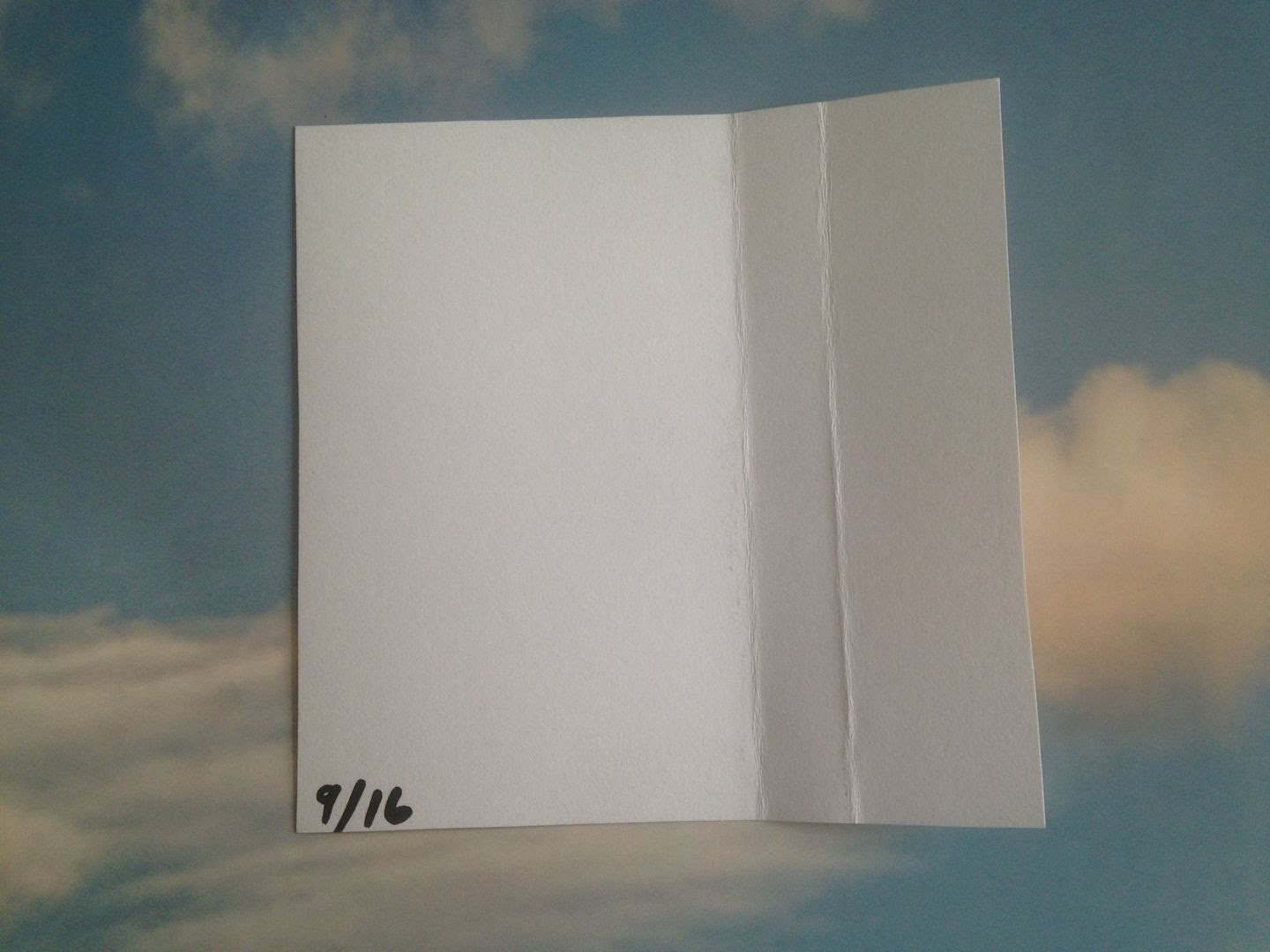