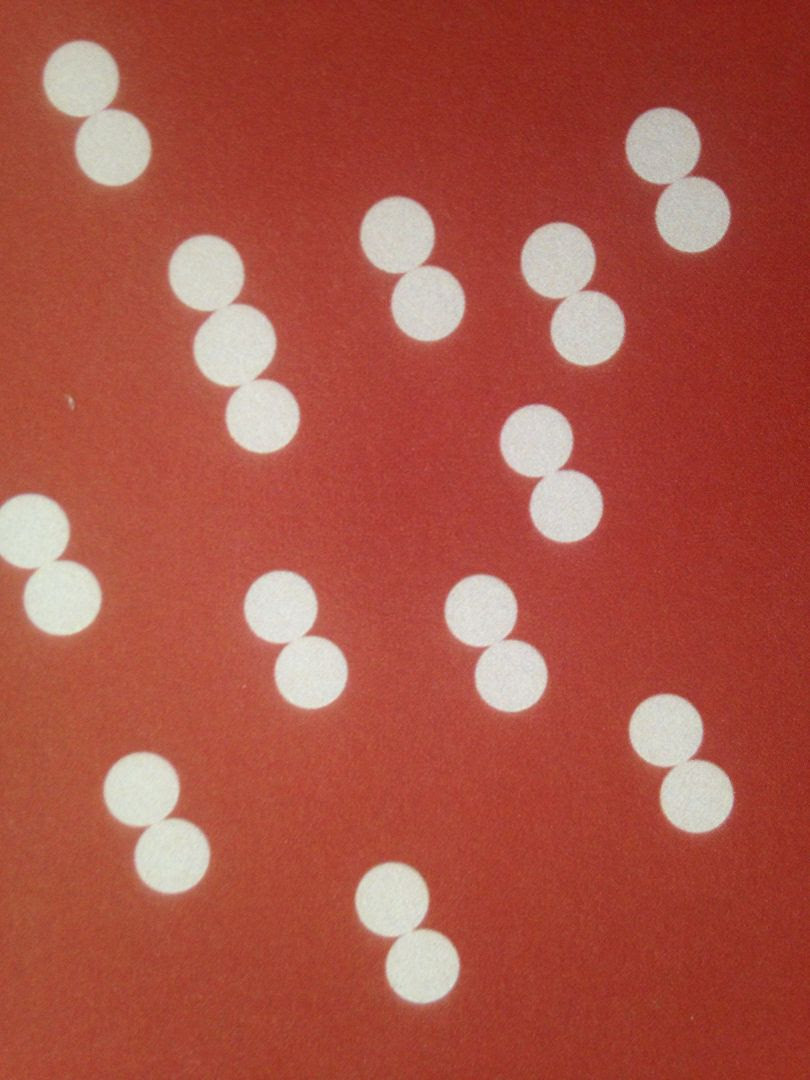 A darkness looms as we kick things off on this double cassette.   Tones come through like crashing and it has a distinct sound of something deep though lighter, industrial type tones come through as well.    This develops an interesting pattern and it begins to feel as if it is going to speak.    As it drones through more powerfully now it takes on that "In the great below" Nine Inch Nails feel.    The speakers begin to shake as the sound resonates through.    An ominous tone comes through now as it begins to feel even more haunted.

We wind through now, still quieter fog in the background with louder sounds blaring through the speakers in the front.   This begins to take on an almost space-like feel to it now.   Guitars ring through and it has definitely this Black Sabbath/POD feel to it.   This continues on the next song as we are into funky guitar loops and it just makes you feel like you're in a spaceship with the door open and it's only a matter of time before you get sucked out.   Whirrs in the background make it feel as if you're flying which gives good reason to listen to this while walking.

Guitar notes ring on through now in a more traditional, classic way.   There are also these longer notes behind them and for some reason this makes me of that "Turn the Page" song by Bob Seger.   It just has that idea of driving along without much sleep, leaving the road behind you in the dust.    The next set of guitars bring about this feel of something like Soundgarden or Silverchair.     These become rather hypnotizing as Side A comes to an end and leaves me a little disorientated each time.

On the flip side, we open with winding guitars which remind me more of someone like Duncan Sheik or perhaps Fastball.    It turns into an almost tropical feel as well, like we could be on an island of Hawaii.    Strums now make me think of something more dreamy and then these notes come in with a more upbeat feel to them, like that band Dada who did the song about Disney Land but didn't use the actual word Disney for copyright reasons.    After feeling like I wanted to go hiking the music takes back to that darker place we were at earlier on during the first side of this cassette.

We are taken back to the desert now, the heat beaming down on us while the guitar slowly bleeds.    There is a sense of darkness again but not as dark as before.   It's strange how we started with darkness, got lighter and now we're more in this lighter sense of darkness.  (Is that even a thing?)    The way these guitars whirr through make me feel like it's classic rock, something along the lines of Hendrix meets The Doors.     Though we also take that hollow trip back to the darkness as well before this cassette comes to an end.

The second cassette begins with lighter guitars which are somewhere between that band Dada I mentioned earlier and a dreamy, post rock feel like FNL.    This leads to a drop off noise, as if the cassette itself is being fucked with-- like if you hit the pause button the right way.   Deeper strings now, perhaps a cello, come in and it takes on a more serious tone.    The sounds become back and forth, wavy, and then we dive into darker guitars once again.    More of a rolling sound of distorted chords comes through now and then those sharp guitar notes blister on through again as well.

An eerie feeling takes over now as it feels somewhat like a western.    This leads us into a quieter sense of fog drone.    Gloomy guitar notes come through now and it's like we're in an oasis.    As we sink further into the deep space of the earth, Side A (or Side C if you want to be that cassette listener) comes to a close.     On the flip side for the second and final time we begin with a radiating drone which makes me feel like we are being exposed to nuclear activity.    As we continue to drone on I feel as if we are lost in space.

Guitars return and it feels like a surf rock song now.   It begins to move away from the surf sound after you listen to the pattern a few times but it still creates a nice rhythm.   It's relaxing.    Ringing guitars, really echoing into that void, take us into the next song which is as powerful and hollow as anything else on this cassette.    This brings about more of a bluesy, rambling man type of guitar riff that you could put forth on one of those songs about being a highwayman.    Back and forth notes now feel like the ticking of the clock, always reminding time is never gaining, only running out.

As we have this sense of electricity it's more of these guitar notes which remind me of The Doors, such as we're going to go into a song like "People Are Strange".     This buzzing persists throughout as it feels as if these notes are just dropping off the face of the earth.   A stronger synth drone now begins.    Distorted waves fill the room now.   You can begin to hear sounds which aren't really there in the haze.    It whirrs into something I can't explain but it just feels like you're being engrossed by this whole thing.    A strong sense of doom makes up not just this particular song, which ends the whole thing, but the cassettes on the whole. 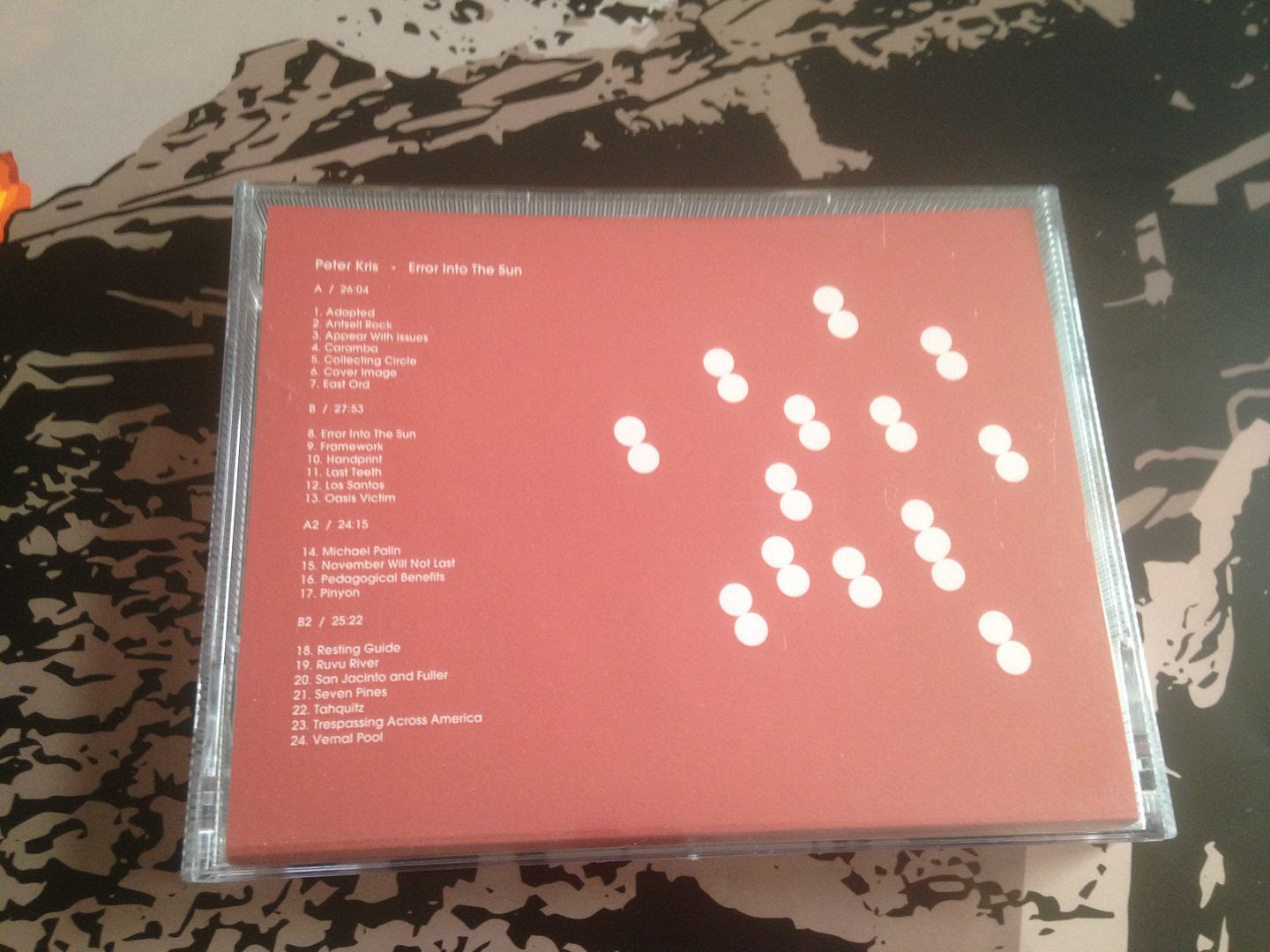 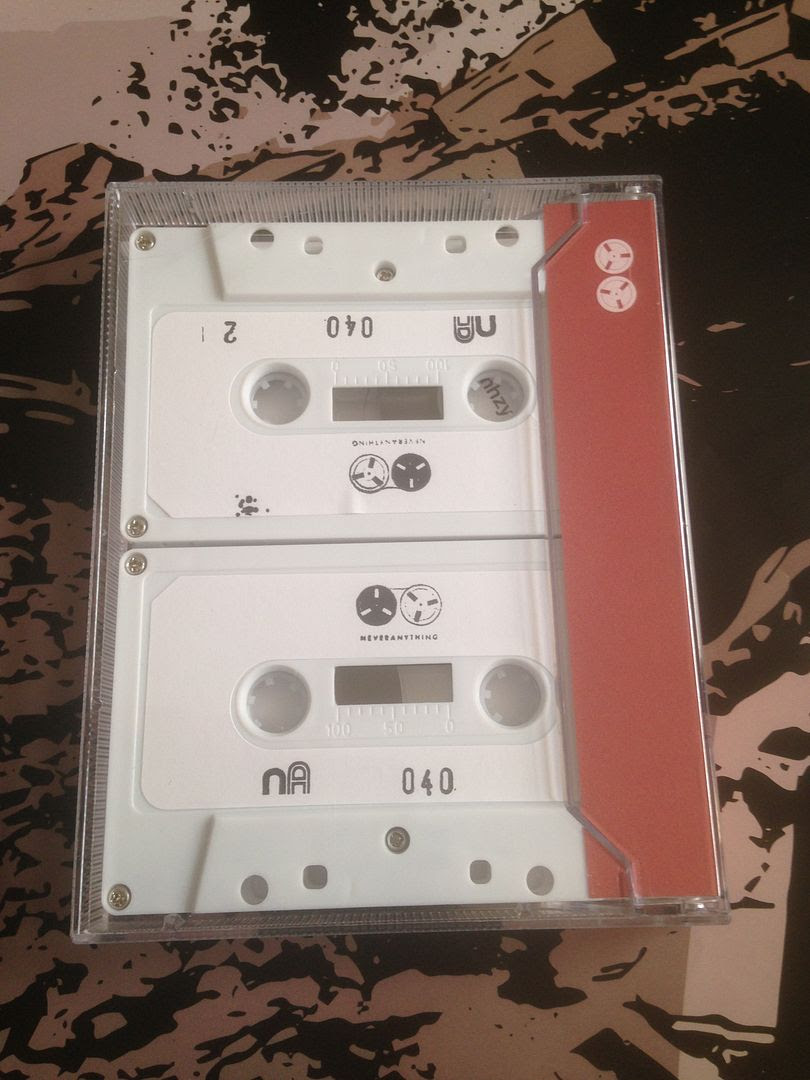 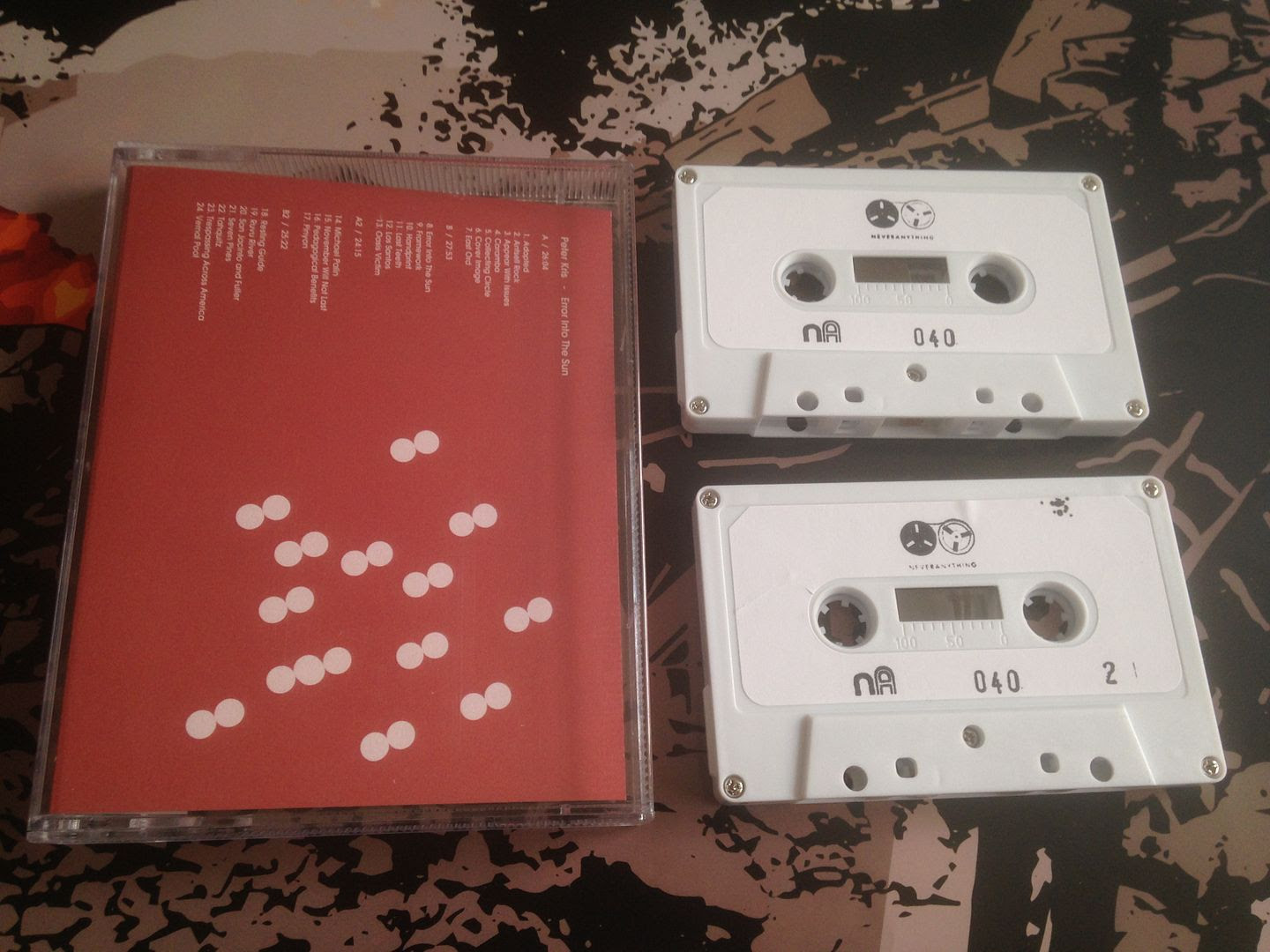 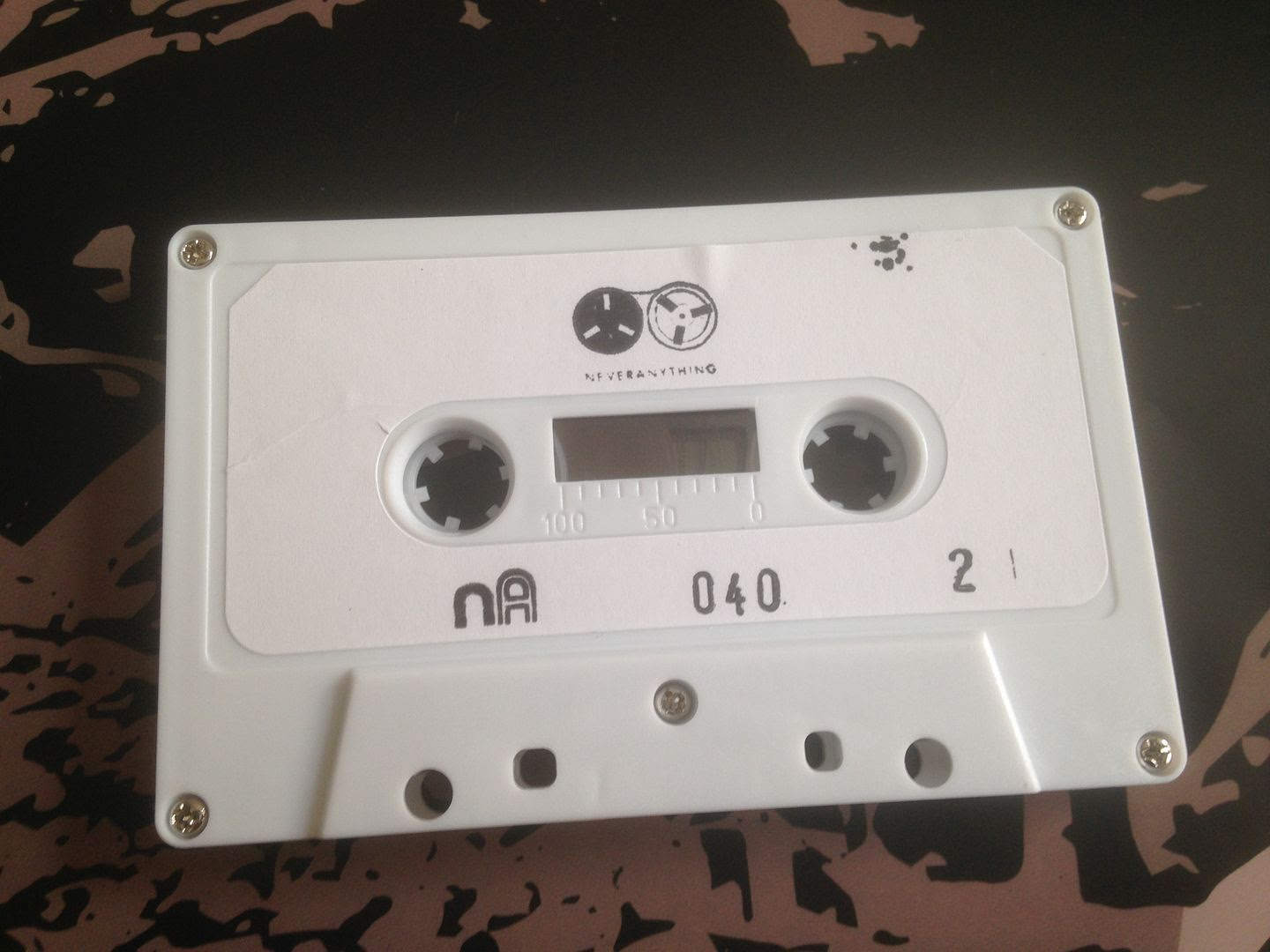 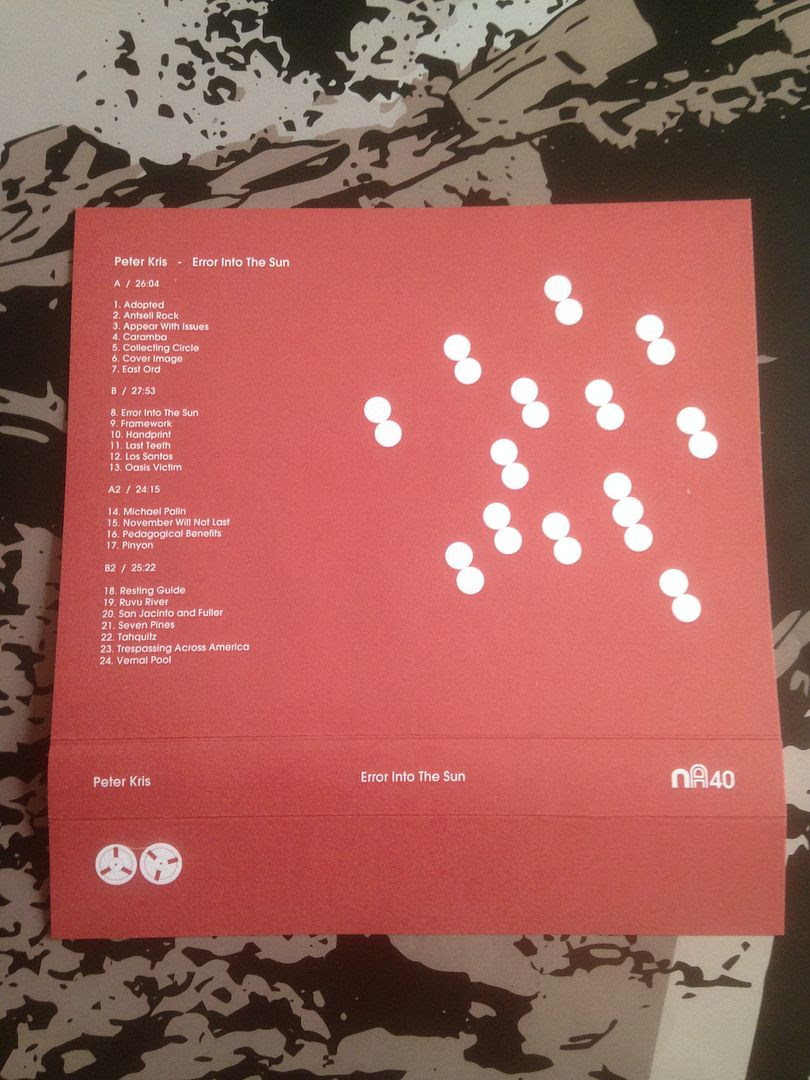