When I first saw this Battle Pack on Ringside Collectibles- as prototypes- I knew that I wanted that Dean Ambrose though I didn't really care about Roman Reigns.   At a Target we saw this set for the first time and even though Quentin wanted it we told him we were going to wait.   Well, it's a good thing we did end up waiting on it because when we went to the Target in Southington they had almost all of their toys on clearance.   For some reason, this Battle Pack and the Brock/Cena one were hiding behind the Create-A-Superstar sets on clearance.    Not only were they marked down but they were marked "As Is"- which I didn't understand.

The thing you have to understand is this: Prior to going to Target and finding this set on clearance I was at a Walmart where they had that new DC line they're doing and the Suicide Squad figures just came out in it.   Well, they had one for Will Smith as Deadshot and it said it was marked down to $9.96 or something like that, which was on sale from $14.97.   I knew that these figures typically went for $20 a pop so I was wondering how they got to those numbers.   So, a few stores later we're at Target and it's the same situation only buying WWE figures isn't going to put me spiraling down a new rabbithole.   The sticker said this was reduced from $14.98 to $10.46 and yet the ones without these stickers were at $20 and change.

I looked at the Brock/Cena set first because there was one not marked on clearance so I wanted to see if there was really any difference between the two sets and there was not.   The same could be said for this one, so it looks as if it was just a pricing error on Target's fault but what can you do?  I'm not going to pay $20 or so for this Battle Pack, but at the price of what is generally considered to be around the same price as a Basic figure... Sure, why not.    I would have purchased this Dean Ambrose on his own so now it's just like I'm doing that but getting a free Roman Reigns as well (and you get a chair, which Basics tend not to come with accessories.   If I wanted/needed the WWE Title and/or Cena or Lesnar I probably would have bought that set for $10.46 as well)

The Roman Reigns figure is strange because his boots seem too short.   This leads to him wanting to fall on his face a lot and so it's strange that Mattel would design such molds and things to the point where a figure can't even stand up well.   His head scan looks goofy, but I didn't really buy this set for him anyway so whatever.   His vest does come off though, which is nice, and when you have him in his pants and boots without the vest he can actually look like a pretty decent type of hardcore wrestler.   Maybe WWE just needs to have Roman Reigns start fighting shirtless then to give his character a better look.   I have no idea though.

One thing that actually bothers me about this Roman Reigns figure though (And, again, I don't care about Roman Reigns and only bought this for Dean Ambrose, so it's not a huge deal) is his hair piece.  Now, when the vest is on it looks fine but when you take the vest off you can see space in between his hair and body where the vest used to be.  I suppose the alternative is that if it was molded more closely to the body then it would stick out funny when the vest was on and on top of that it might even make it take an odd shape such as this anyway but, you know, I wish we could find a way around the awkward hair pieces but whatever.

Dean Ambrose came to WWE as somewhat of a surprise to me because even though he can wrestle, I knew him best before WWE as one of those hardcore guys as he was part of CZW's Tournament of Death and the such.   If you look into those matches he's had most of them you'll find him wearing only jeans and the boots and even his hair is somewhat similar to this, so if you want a Jon Moxley type of figure to go through light tubes and see how close he can come to death without actually dying, well, then Mattel has answered your call.

Now, the one gripe I have with this Dean Ambrose figure- and it seems to be the way of all of them in this series- is that his head is too close to his body.   Much like the only Undertaker Elite we have, he just doesn't seem to have a neck.    I realize that there is a way to pop the head off and put something in the neck so it doesn't sit so low and I might do that eventually but for right now as long as he kind of looks up he's okay.    It does make it kind of hard for The Undertaker to chokeslam him though, which might just be part of the strategy on the part of Dean Ambrose.  (Though I'm wondering if I should buy JYD now so I can put the dog collar on Ambrose)

So my initial thought about seeing this Battle Pack was that I wanted it for the Dean Ambrose figure and I can always use another chair so that's always a plus over, say, another title belt that I don't need.   Being able to find it for about half price made it all the more worthwhile as I don't know that I would have paid full price for it, no matter how much Quentin may have wanted it.   I might have gone down even 15% off of the $20 price point, but you know, I'm not going to give back any of the money I saved on it so there's that.   Sometimes these things just have a way of working themselves out and luckily for us this time it did just that. 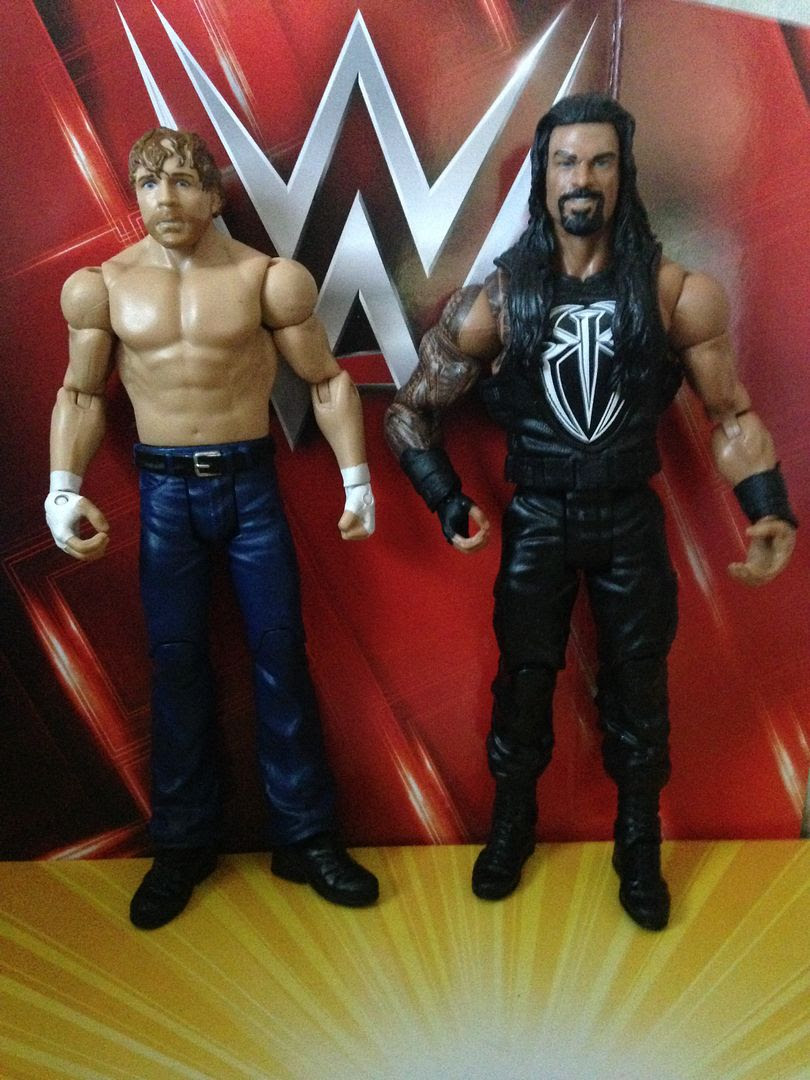 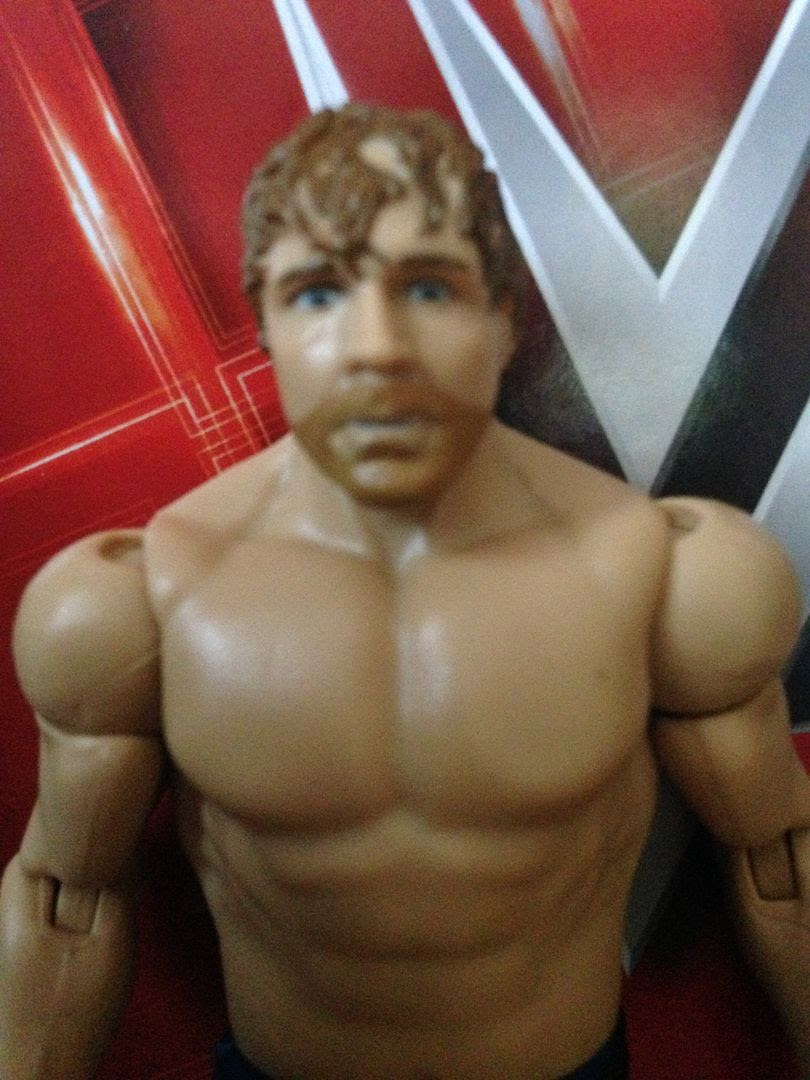 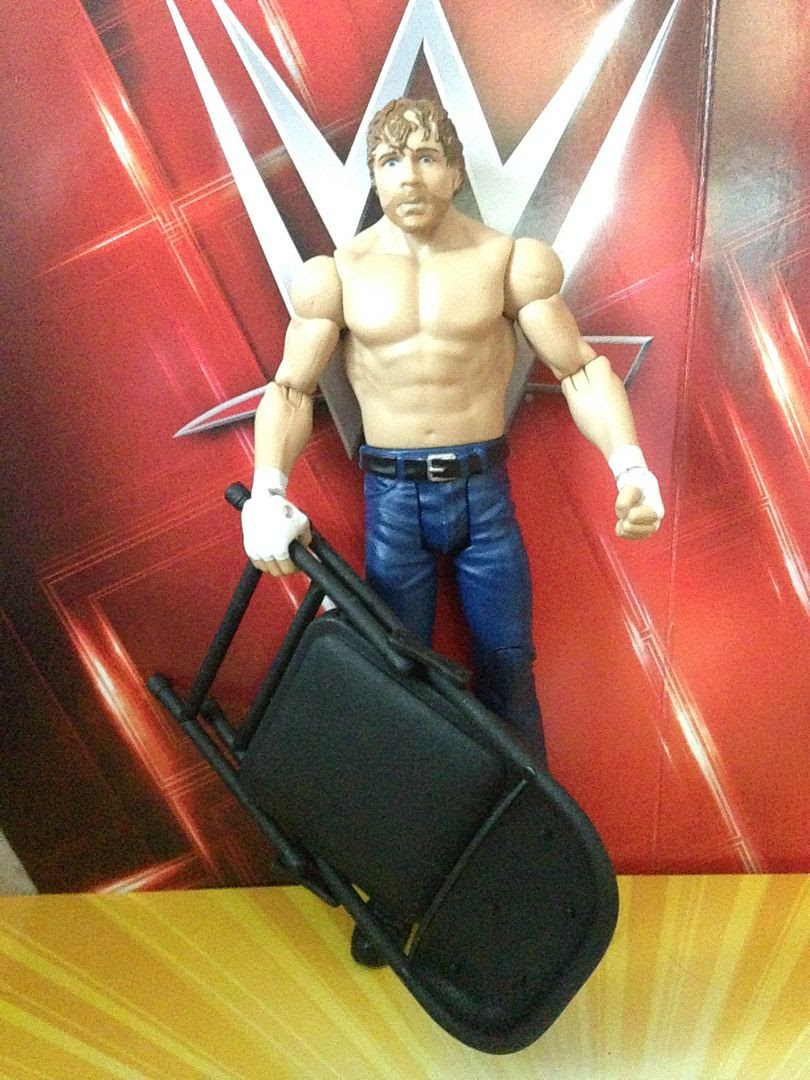 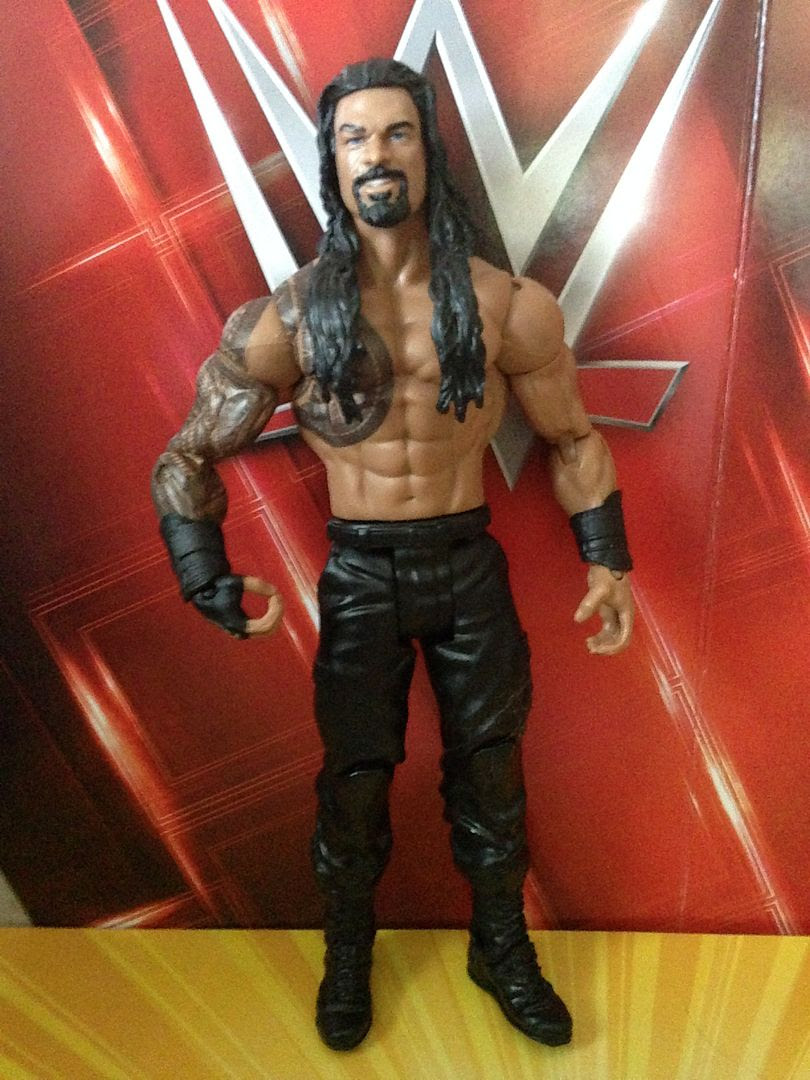 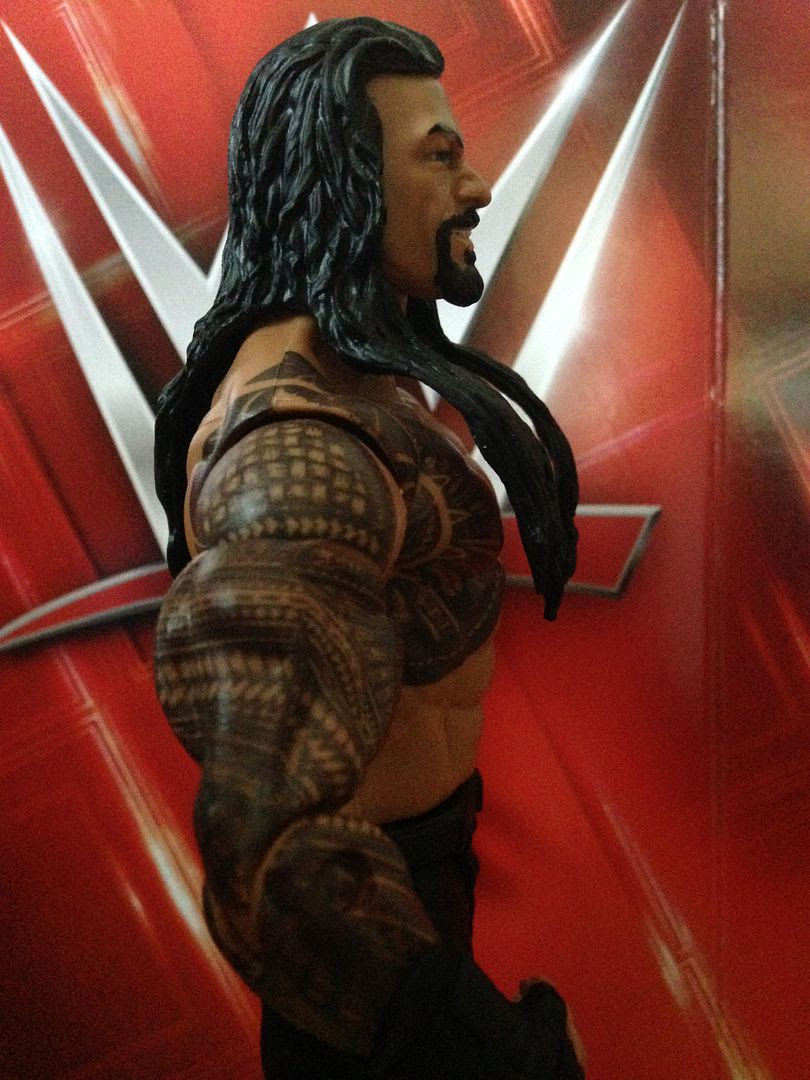 Posted by Joshua Macala at 8:10 AM