While watching the most recent ROH PPV I saw Mark Briscoe take on Roderick Strong.   During the start of the match Mark Briscoe- who had longer hair than he does on this figure- had Roderick Strong pull off a wig to reveal that Mark Briscoe actually had shaved his head.   This got me to thinking right away whether or not FTC would make a bald version of Mark Briscoe with removable wig and, well, that's not a bad thing.     I enjoy that I can watch ROH now and wonder about possibilities in this action figure line.

Most of what was said about Jay Briscoe- and the Briscoes as a tag team- can be applied to Mark Briscoe except Mark is not a former ROH World Champion (Though he is challenging Bobby Fish for the ROH TV Title and I hope Mark wins)   Mark Briscoe really won me over as a fan with his antics in Japan when ROH was over there for a New Japan tour.   He's just a character and his brand of redneck kung fu is on point.    If anyone should be an action figure it is Mark Briscoe.

One of the reasons why I ended up buying the complete first set of four was the package deal, but I really wanted this Mark Briscoe figure and that was one of my reasons to get Jay Briscoe-- because why buy one without the other.   For every bit than anyone can complain about how they don't like Jay Briscoe's head, Mark Briscoe's head is just every bit that good.   It just looks so much like him it's kind of scary.    He has the same pants deal as his brother though he's wearing a different t-shirt, which I understand because people would likely just call FTC lazy if they were wearing the same t-shirt.   To be fair, you can switch their shirts and it'd still work, if you have a figure fed or whatever.

Mark Briscoe also has all of his tattoos, complete with a Bible verse of his chest that I never really paid attention to before.    As much as I enjoy both this Mark Briscoe figure and the Jay Briscoe figure perhaps my favorite quality is that when you put them together they create one of the best tag teams to ever grace the ring.   It's just... I'm not saying FTC should make two packs and being that they're sold online you don't have to worry about walking into Toys R Us and finding one but not the other, but these two figures definitely belong together.

Now I'm not one to predict the future.   If I had my way, the ROH line would only increase in time, adding in characters from NJPW, CHIKARA, Lucha Underground, CZW and even some of the veterans who no longer wrestle for those promotions.   We'd get everyone from A.R. Fox and Eddie Kingston to BxB Hulk and The Psycho Circus.   That being said, I think that one day FTC might make two packs in the ROH line and we could see another Mark Briscoe figure based upon that.   However, I'm not sure whether or not Mark Briscoe would get another singles release action figure since it takes a while for a series of four to come out and so many others are in line ahead of him.

Given that this could be the only Mark Briscoe figure in existence for the forseeable future (maybe at least the next few years) I would suggest buying it based upon that.    At the same time, even if we knew that there would be a two pack of the Briscoes coming out in 2017 or hell even if we knew Mattel had the Briscoes on their radar because they were six months deep into a WWE contract, the fact remains this is just a damn near perfect action figure and it is the epitome of why you should be collecting this ROH line by FTC. 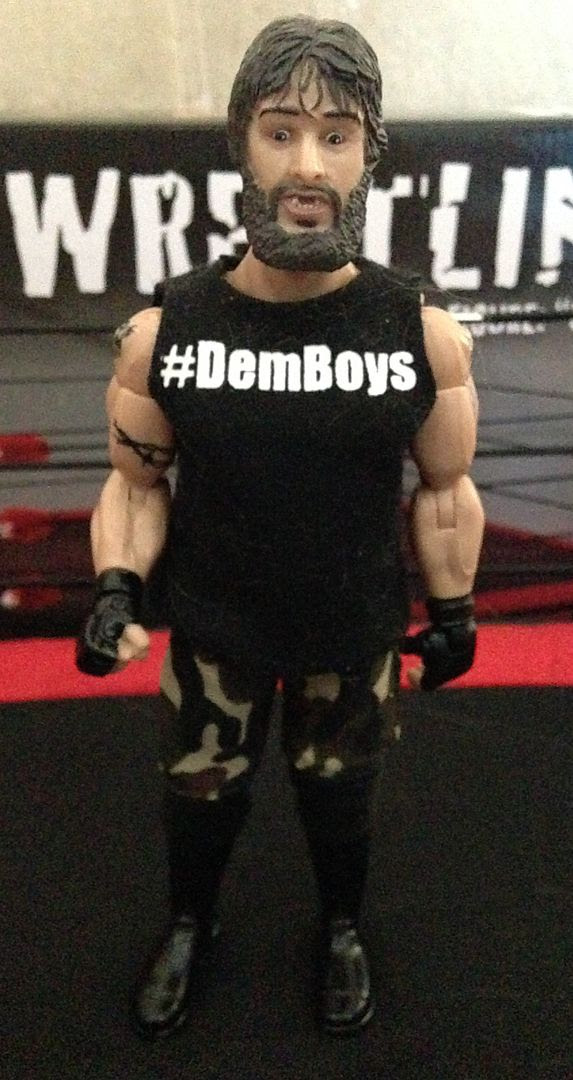 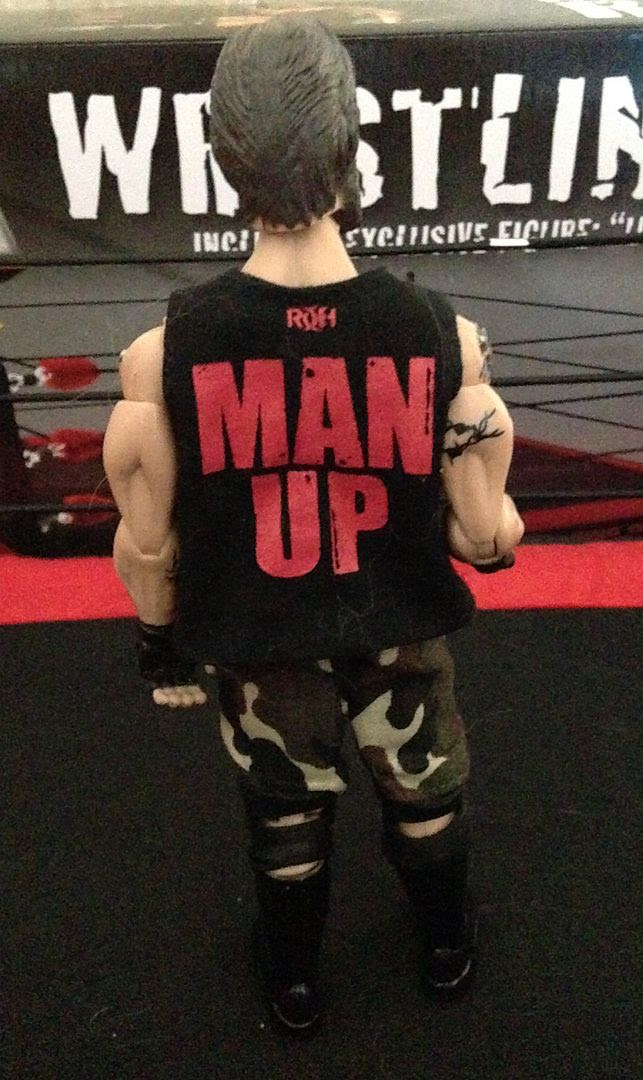 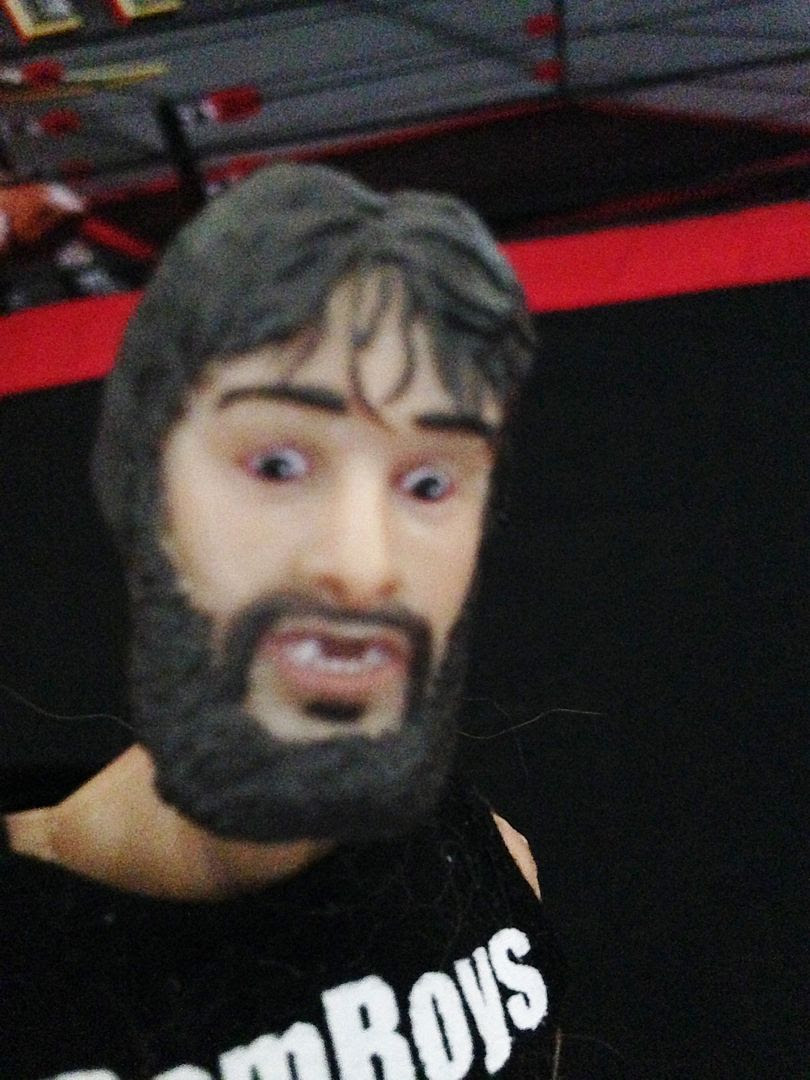 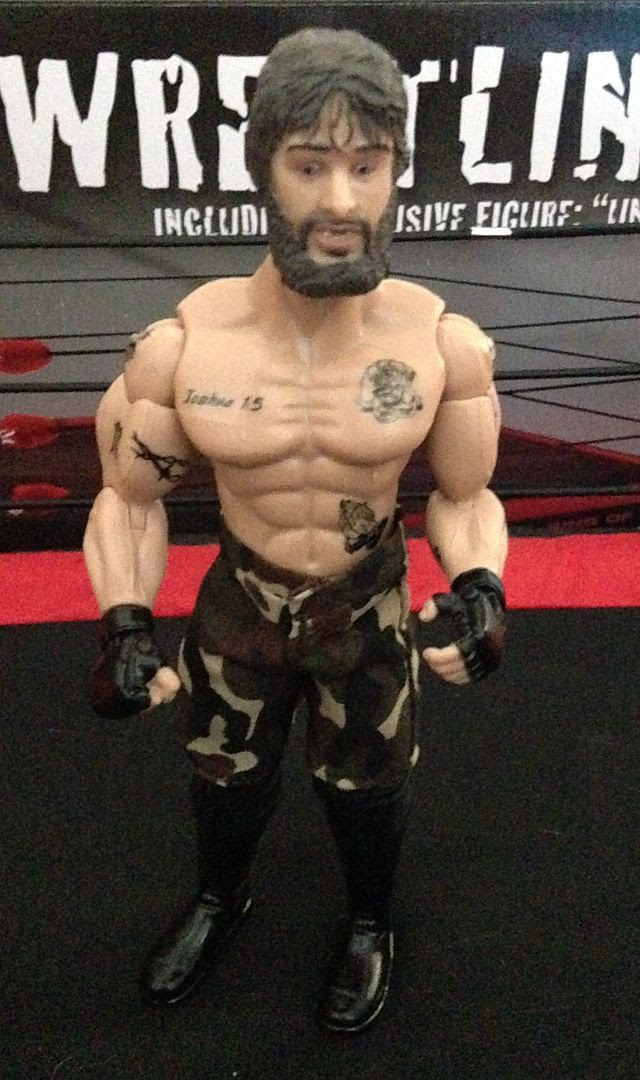 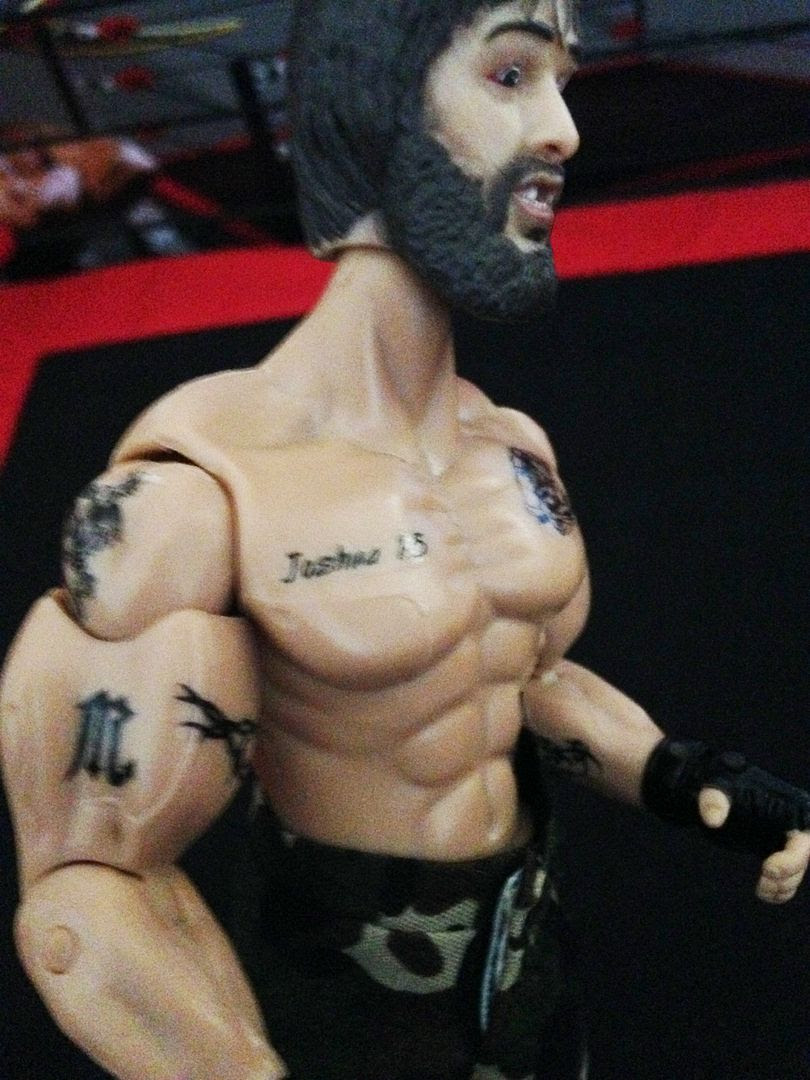 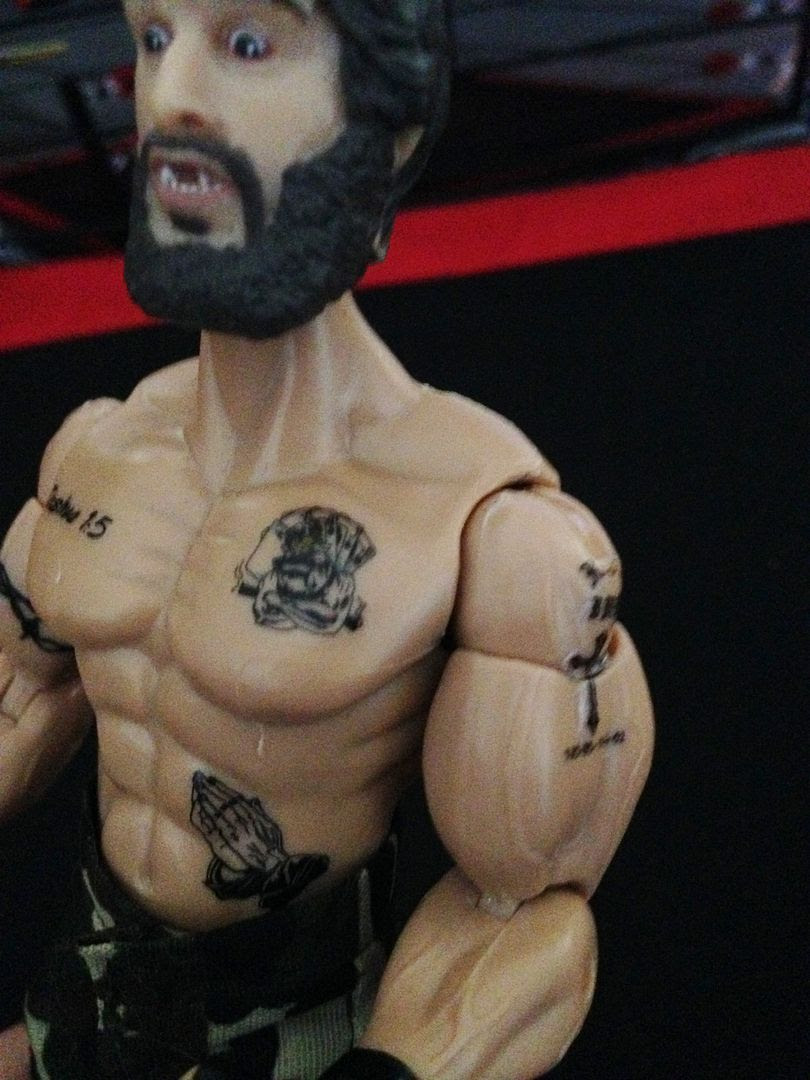 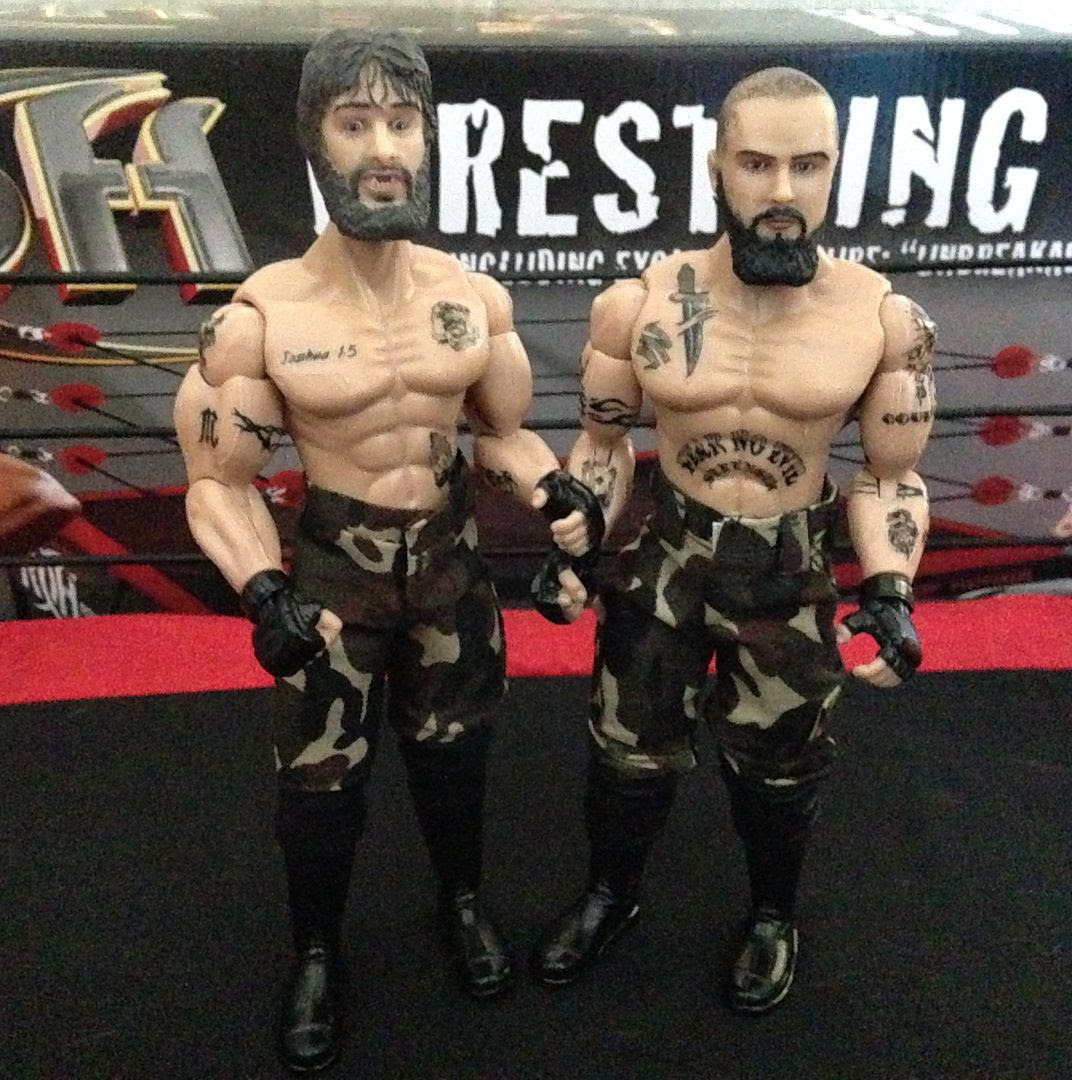 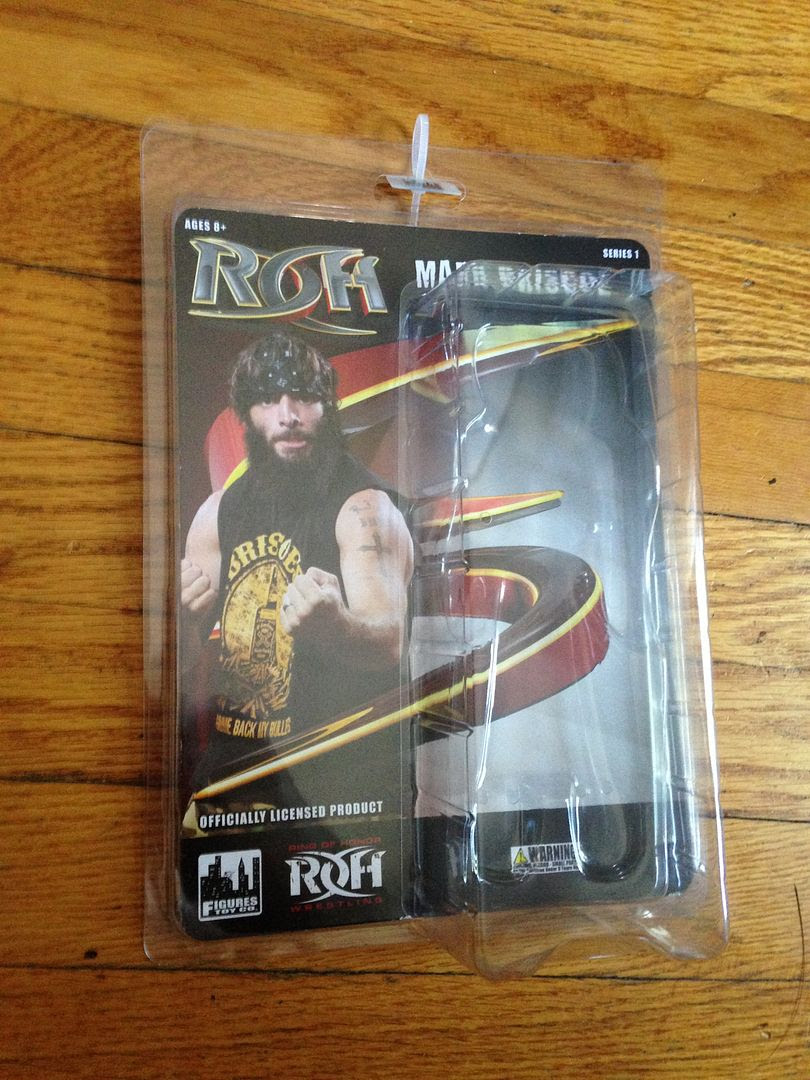 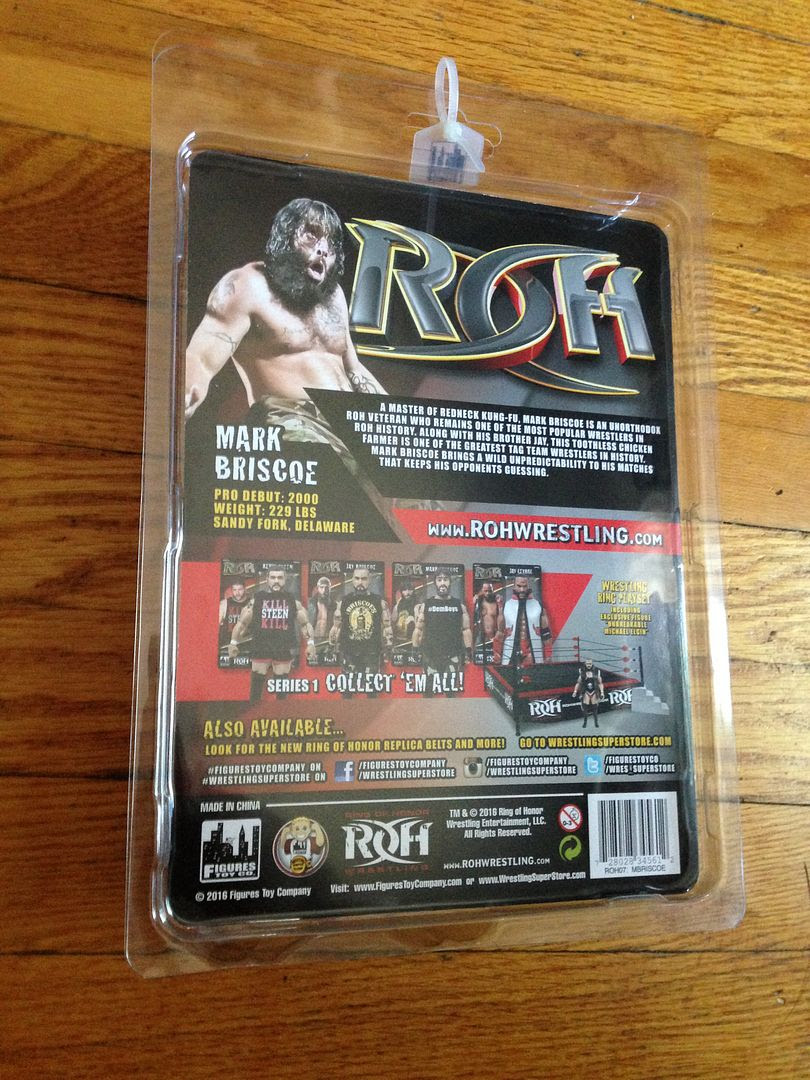 Posted by Joshua Macala at 6:22 AM