In all of my time collecting wrestling action figures- and we're talking back to when I bought Hasbros from Toys R Us and CVS as a kid- I had quite the collection of Jakks RA and DA figures at one point, which I've since sold off, but it's just that for all of the figures and accessories I had back then I never had a real scale ring.   I'm not sure why, but it was just one of those things I didn't ever buy.    With Mattel, I haven't even bought a ring yet for those figures and so this is my first official ring of its type and also the only ring for wrestling figures in my house right now other than two small rings which came from the dollar store and a lucha libre ring we got in San Antonio, which is also smaller.

The first thing we need to discuss in this set is the math of it.   As I like to ask questions before buying, on Facebook WSS confirmed to me that they had no plans to make a singles release figure for Michael Elgin- who I really wanted- and thus in order to get him you must also get the ring.   Now, the figures in Series 1 are all up for $24.99 each and this ring is $99.99 with Elgin, so if you do the math the ring itself is really only about $75 when you factor in that you cannot get Elgin otherwise.   (And if you purchased this and didn't want the Elgin figure for whatever reason, you could probably get more than $25 for him-- maybe around $40 loose?)

As this is my first ring of its type I went to put it together with the help of Quentin and realized that there were no directions.   I just had to kind of figure out how it went together myself- though there aren't that many pieces- and most of it was done by looking at the box.   My helpful hints are as follows, for those who were in my shoes when buying this:

1) Put the ring apron on first.   Then, after you put the elastic under each post side put the bottom feet poles on.

That's all I've really got, but thankfully the image on the front of the box saved me from having to search for a YouTube video for instructions.     The ring itself is quite massive and my suspicions about how it was put together in terms of changing it were confirmed.   The black base which is covered (plus the posts on the bottom and ring posts) can all be used again if a different ring skirt is provided which can also bring out different turnbuckles and ropes as well.  This can be done to create a ring for a promotion such as NJPW, though the colors sometimes are based upon the event itself.   I've seen ROH rings with red ropes and NJPW rings with black ropes and white turnbuckles, so you'd only really need to change the turnbuckles to white and then the ring apron itself to transform this into a NJPW ring.   (And then you could do Lucha Underground, CZW, PWG, CHIKARA, etc. etc.)

The ring itself is really sturdy and the four corner posts are quite heavy.   What I like most about the ring is that it feels hard on the mat- not like the normal plastic I had in the basic Jakks rings back in the day- but yet it doesn't feel like the wrestlers are hitting concrete if you slam them down off the top rope.  It really is true essence of Motown Philly- not too hard, not too soft- and that is just exactly how a ring should be.    It is also big- much bigger than any ring I've ever had before- and so I don't know where to put it exactly but it'd be fun to find a stable place for it and then put crowd printouts around it for when I take photos of reviews of upcoming figures.

As for Michael Elgin, as this is somewhat like a figure review within the ring review, the figure is actually really well done and he might be one of my favorite figures ever.   His singlet is pure fabric and he has a jacket which buttons to wear when he enters.   He doesn't have too large of a beard and he doesn't have hair but it's okay because aside from the beard this is kind of how he looks right now.   Just knowing I'll soon have a Kenny Omega to go with Elgin though makes me so happy.    I need to get some ladders as well to recreate their Dominion match.

I asked WSS if they were planning on another figure of Michael Elgin as well because he could have a different attire and either larger beard or mullet, but since that doesn't seem likely I will say that this is my preferred look over his mullet anyway since it feels more current.   The first time I remember watching Finn Balor (as Prince Devitt) was in a match against Michael Elgin.   I have always kind of liked Elgin and yet when he said he was leaving professional wrestling to play baseball it made me somehow like him even more.    I imagine Michael Elgin playing for the Atlantic League and I'd go out to see him every game he played.   It'd be so much fun.

The disadvantage to this being a ring + figure is that Michael Elgin doesn't have his own carding that he can go back into like the other figures, but if there was an ROH event in Connecticut again I would certainly drag the box from this ring to the show for him to sign.   Yes, the box does look that nice and should I ever have to pack up the ring up for whatever reason (such as moving) I would certainly put everything back inside the folded up ring and place it back into its box.    It is also worth noting that it was a nice touch that the ring came in a thick cardboard box outside of its normal box for added protection.  (So with the box with the figures in it, the ring had three layers to protect it, two to protect the box with the design on it) 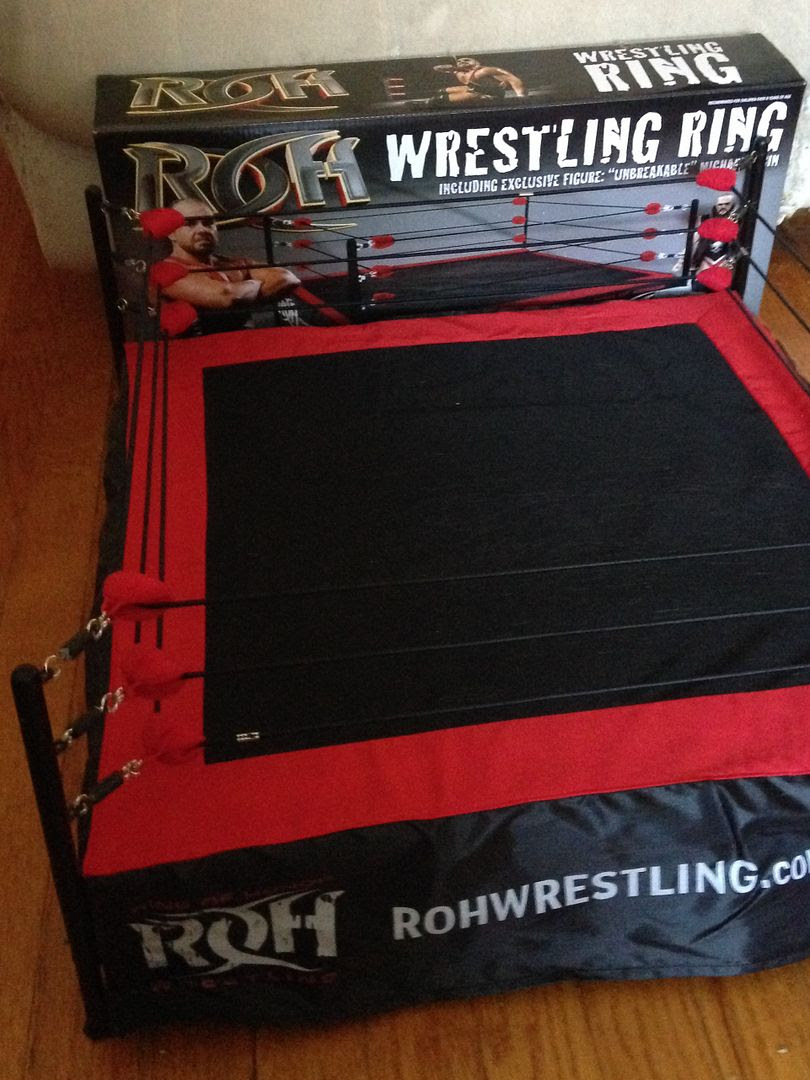 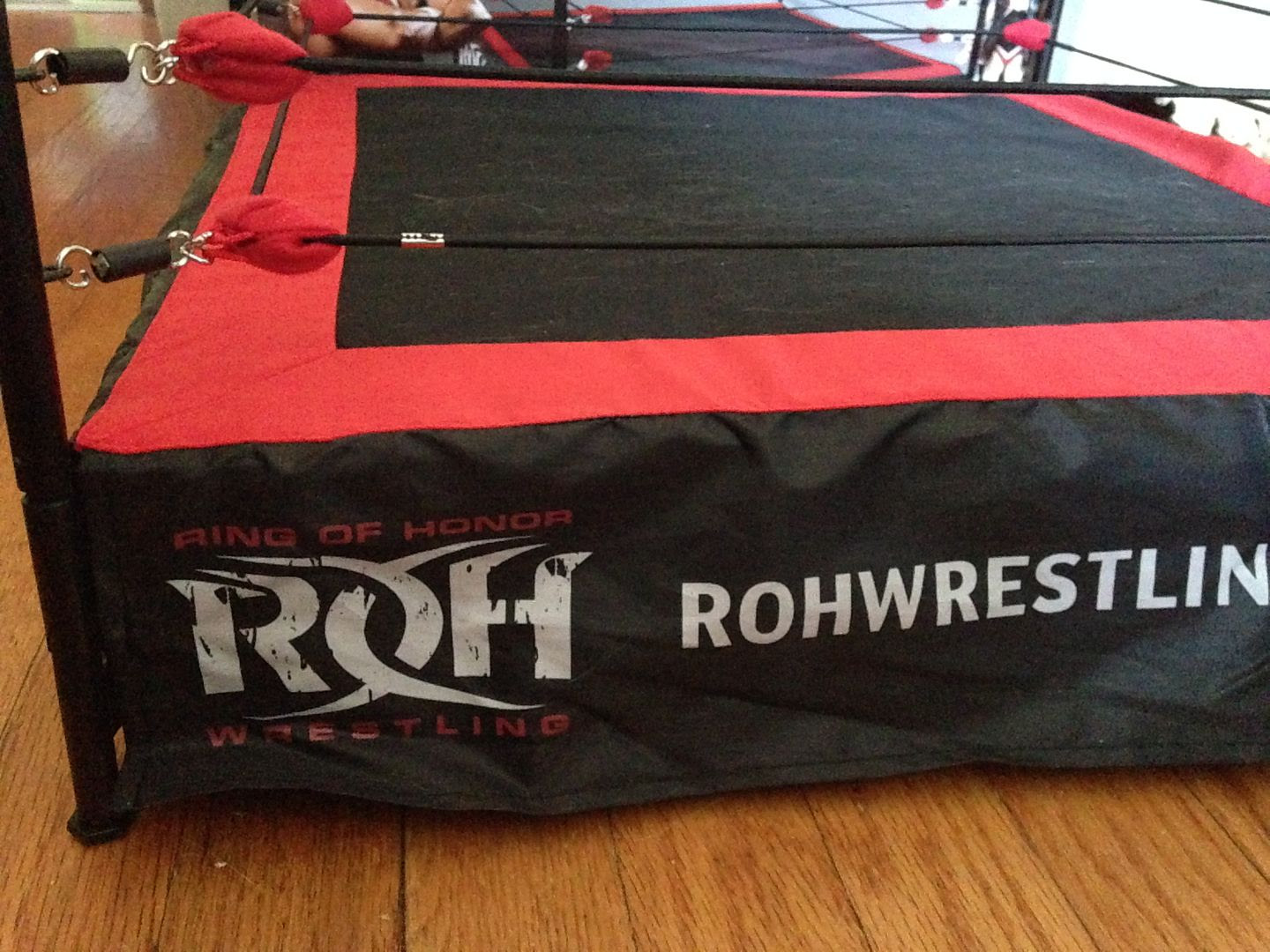 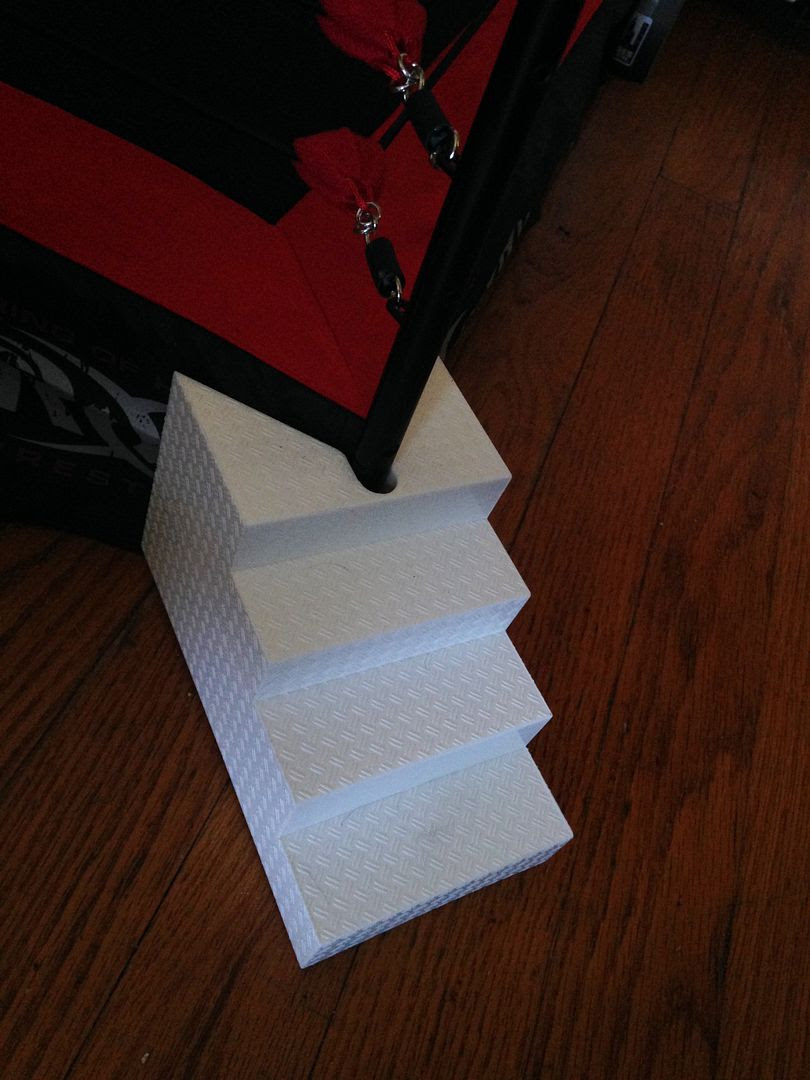 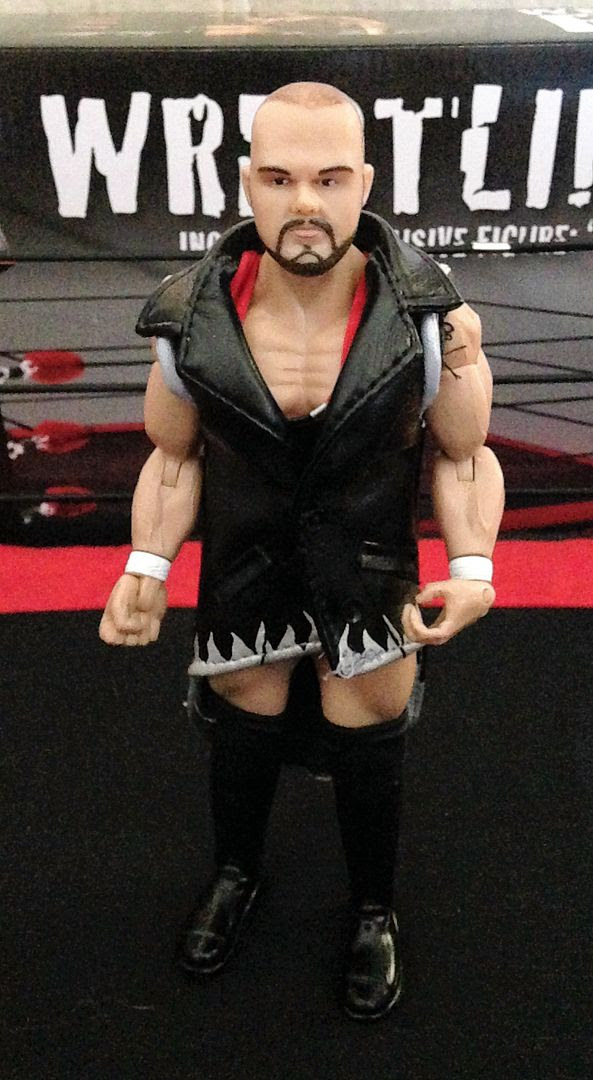 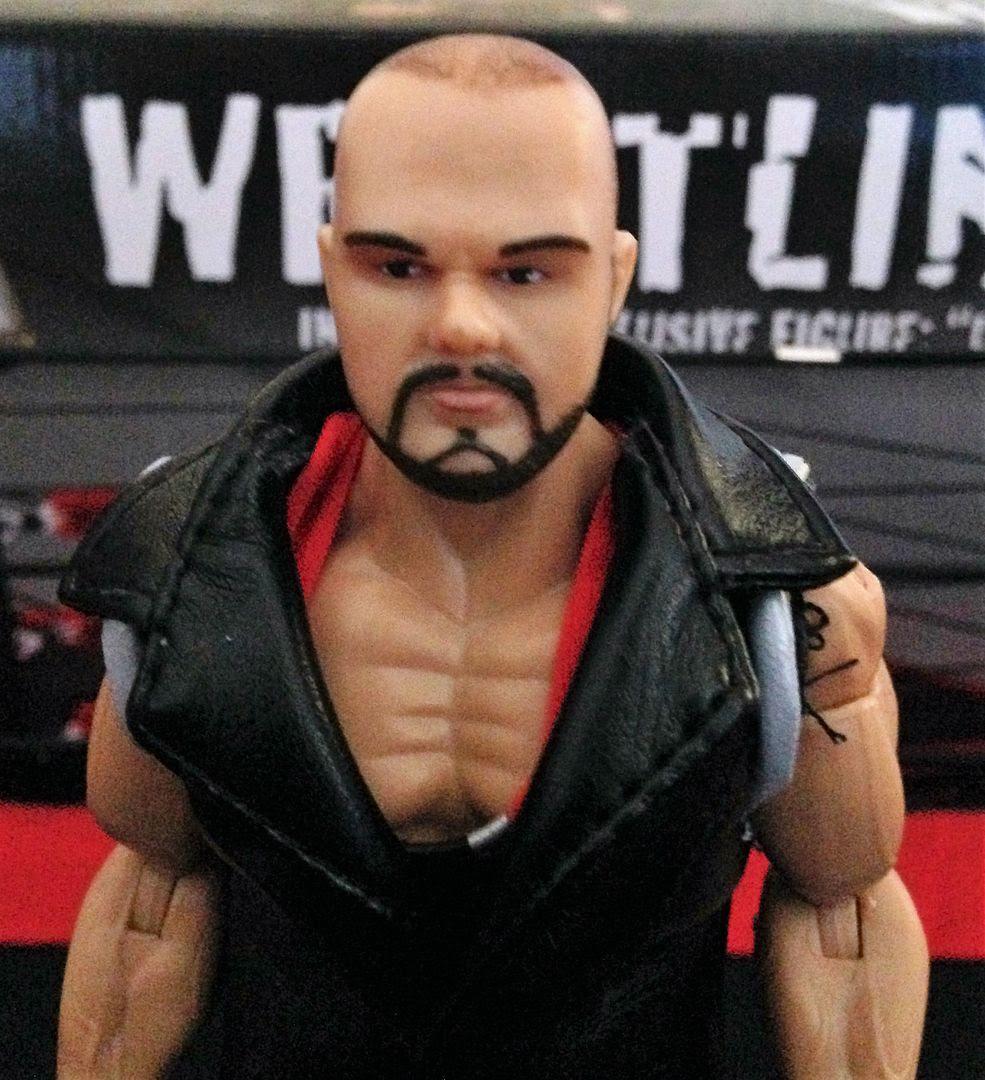 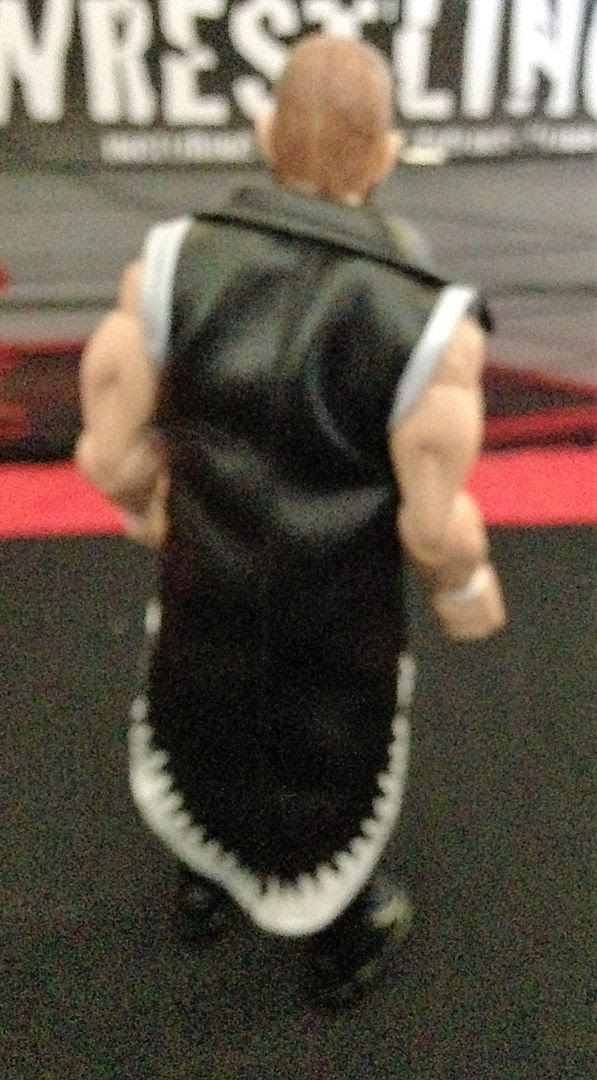 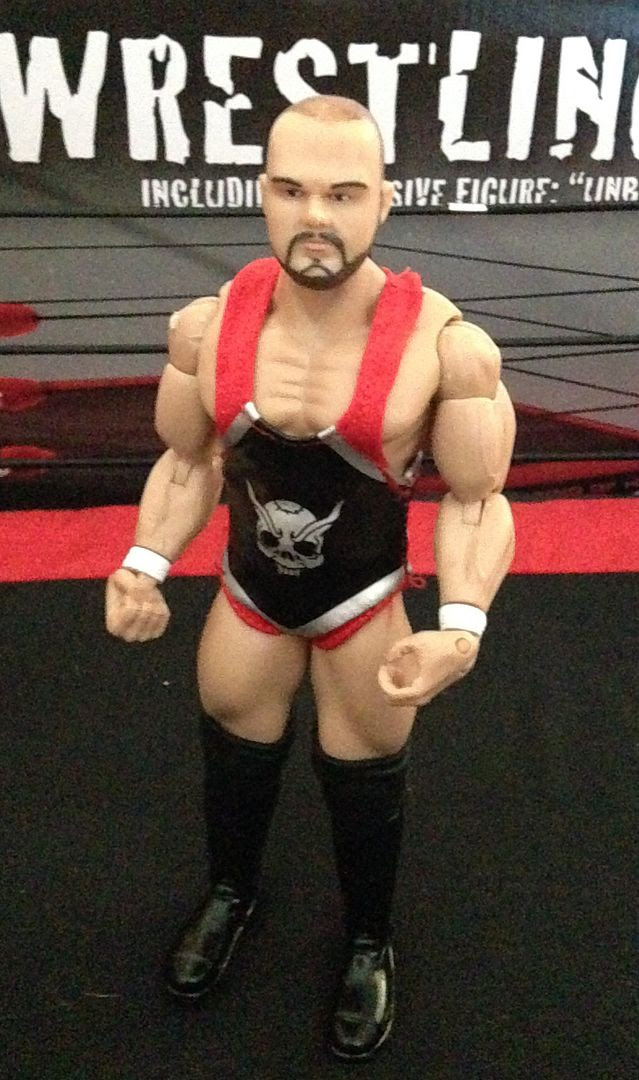 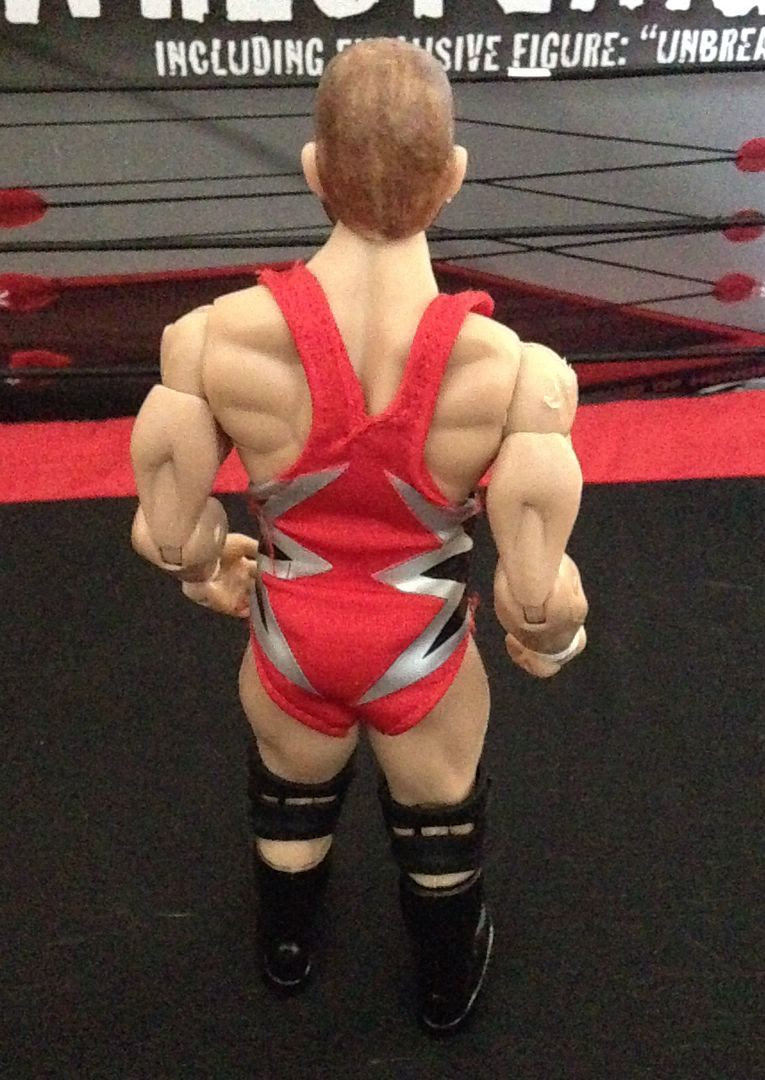 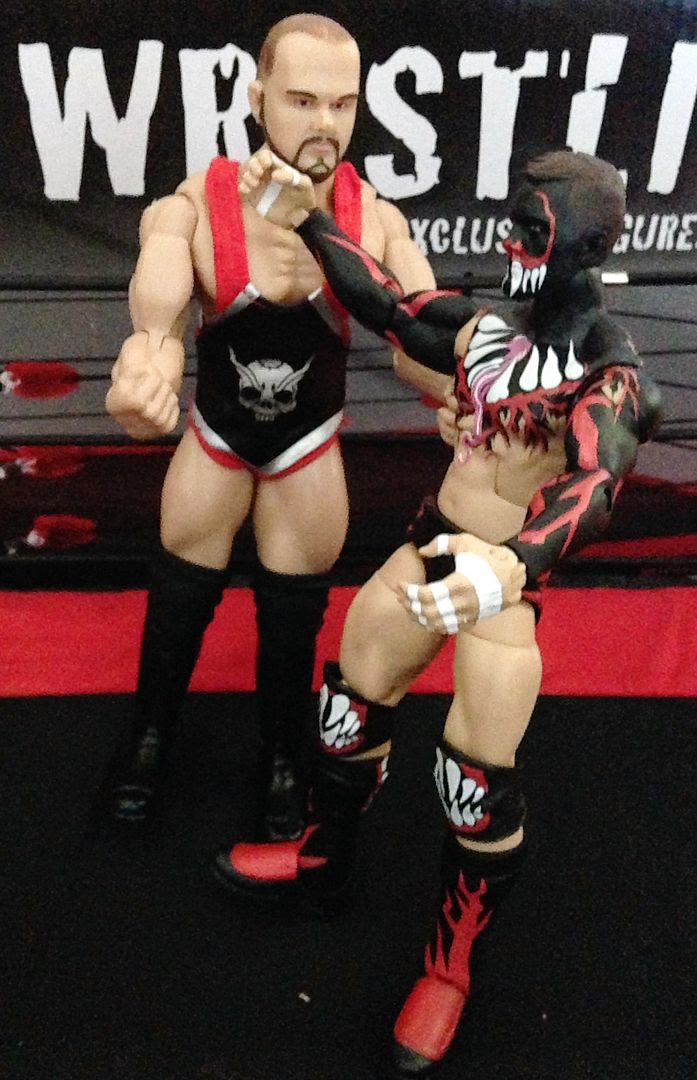 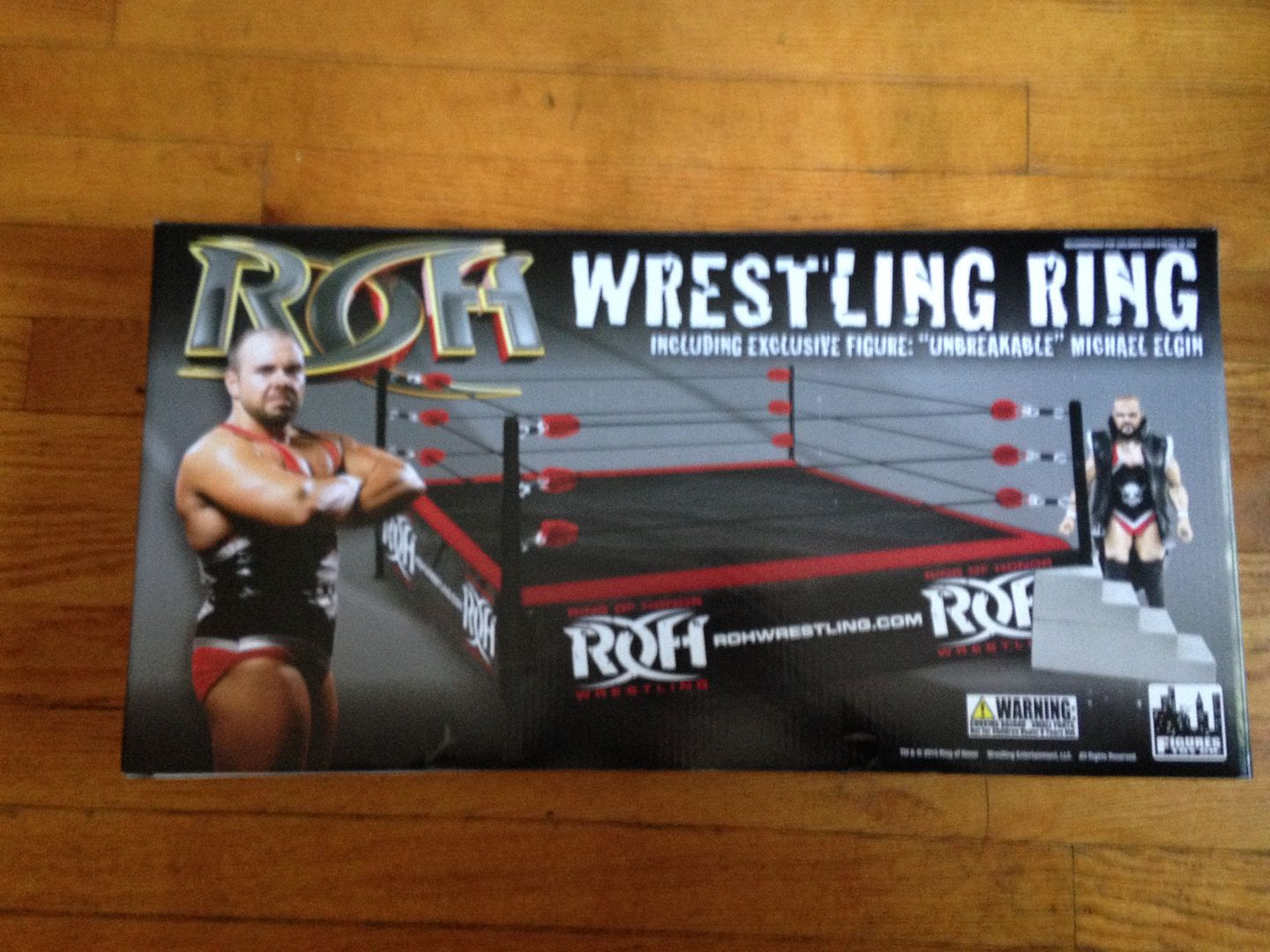 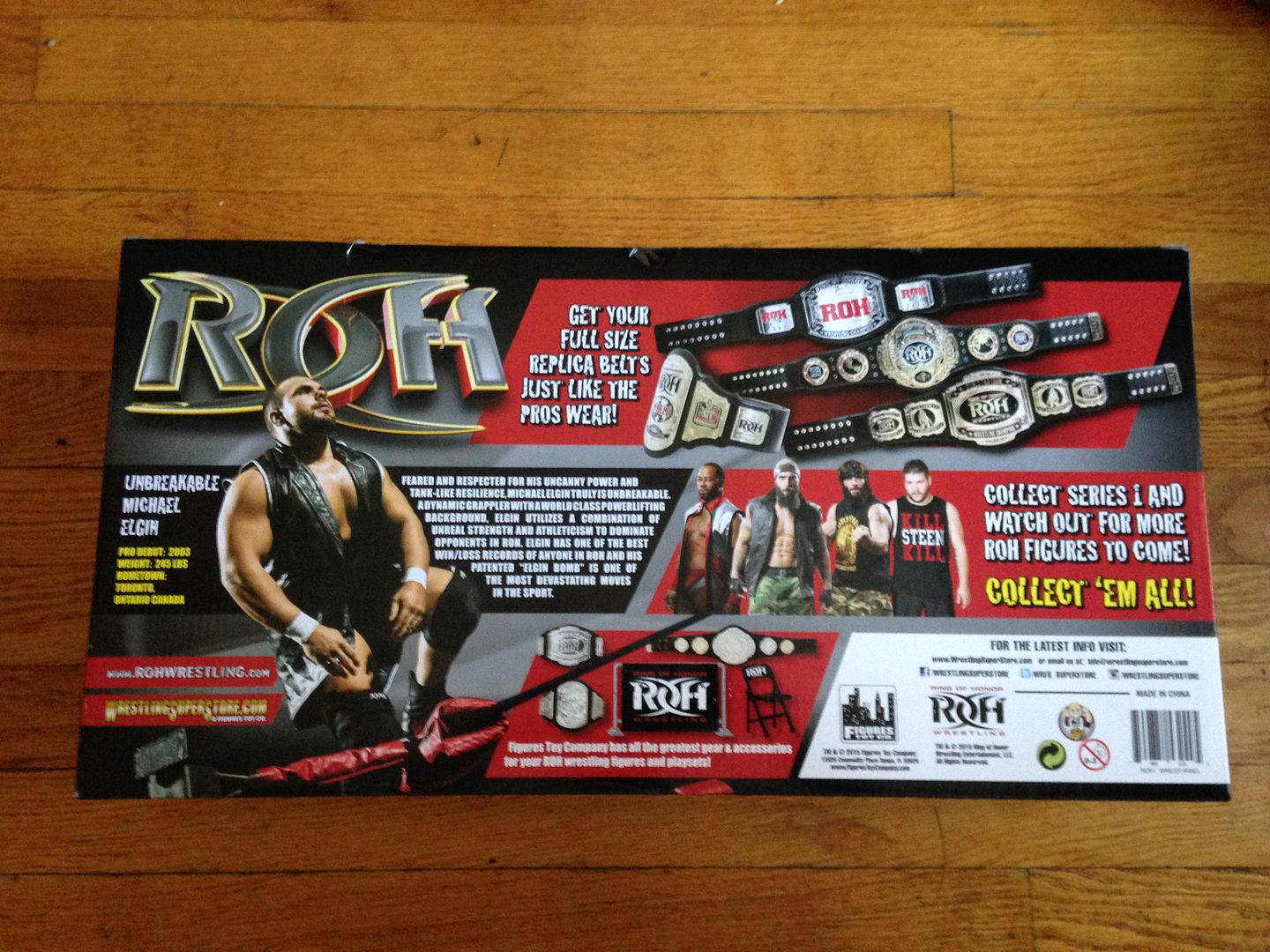