Upon learning that that there was a lineup change in Series 1 most people assumed it was to rework the head of Jay Briscoe.   While I will admit that this doesn't look that much like Jay Briscoe (I think it's the eyes), FTC could have helped the situation by giving him a bandanna, but you can buy them for WSS for $2 each or six for $10.    Getting that part out of the way, since I know it will likely be an issue for some, we can get into what an amazing figure this Jay Briscoe action figure is.

The camo pants are fabric and tucked into his knee pads.    He's got a removable Briscoes t-shirt and more tattoos than I thought he had in real life.   The thing about Jay Briscoe is that... I've been watching him since he started in ROH really, and Mark was too young to compete, and then he was one of the longest reigning ROH World Champions before Jay Lethal took the title from him.   Within the past five years or so, Jay Briscoe, Jay Lethal, Michael Elgin and Adam Cole are the only names I can think of to hold the ROH World Title and that is not a bad thing.

And yet, as much as you can say about Jay Briscoe as a singles competitor, the same amount of greatness can be said about the Briscoes as a tag team.   Could an ODB figure be on the way?  We'll have to wait and see, but the Briscoes are currently the IWGP Tag Champs in NJPW and seeing them fight in NJPW and ROH is quite fun.    I read somewhere once that WWE had offered the Briscoes a contract but was kind of just signing them to take them away from ROH.   That being said, I do believe the Briscoes will be one of those tag teams that ten, twenty years from now people are going to look back at as one of the greatest tag teams of all-time and yet they never went to WWE (at least so far)

I've never really had a lot of action figures before who had clothes like this.   When this line was first announced by FTC and they showed what the heads would look like, of course I was expecting that we might get the removable shirt but I was thinking the camo pants would be more like what we saw on someone like Paul Burchill from the WWE Jakks era.    I never expected these figures to have fabric for shirts and pants and it just adds this new level to them that even Mattel cannot compete with.    Now when I look at current members of the WWE roster I imagine them in fabric attires such as this and not in all plastic (I'm looking in your direction, Shinsuke Nakamura.  FTC could do a most excellent job of stretching your pants over your boots)

The truth about this Jay Briscoe figure is that the head might not look as right on as you would hope, but that's okay because otherwise it is just a fantastic figure for a character that has been such a mainstay in ROH and is so deserving of this.    Can you believe this is the first time that action figures have been made for the Briscoes and yet they've been in ROH longer than Kevin Steen, who would perhaps be the throwback in this series?  It's just crazy to think.    I'm not one to be all like, "We're playing with dolls!" but the way that FTC has constructed these figures gives us the opportunity to purchase different t-shirts and even pants for someone such as Jay Briscoe.

Back when my uncles were collecting the LJN figures for WWE there was a small company called Remco making action figures for the AWA.    Some of the figures from those days were of characters who eventually found their way into WWE while others did not.   I like to think of these ROH figures as being similar to what the AWA Remco figures were like some, what, 30 or 40 years ago, but at the same time it's not a fair comparison simply because if you put one of these ROH figures next to an AWA Remco figure obviously the ROH figure is superior but they just share similar aspects.    And remember, those old AWA Remco figures had joints that moved when the LJNs did not.

As of right now, Jay Briscoe shows no signs of going to WWE.   The fact that he can become part of something big with this FTC line though is just mind-blowing, really.   I'm not sure how long the contract with FTC and ROH is for, but imagine if in a few years it expires and they both decide they've done all they can and go their separate ways.   Well, then FTC could sign a deal with some other promotion like Lucha Underground or CHIKARA and the collection that we are building now can continue to grow.    I'm really much more excited about these ROH FTC action figures than I ever was about WWE Jakks and since I had a collection of RA and DA figures in four place digits at one point (I've since sold them all, but will now pick some up at Savers randomly) and that says a lot about this line as well. 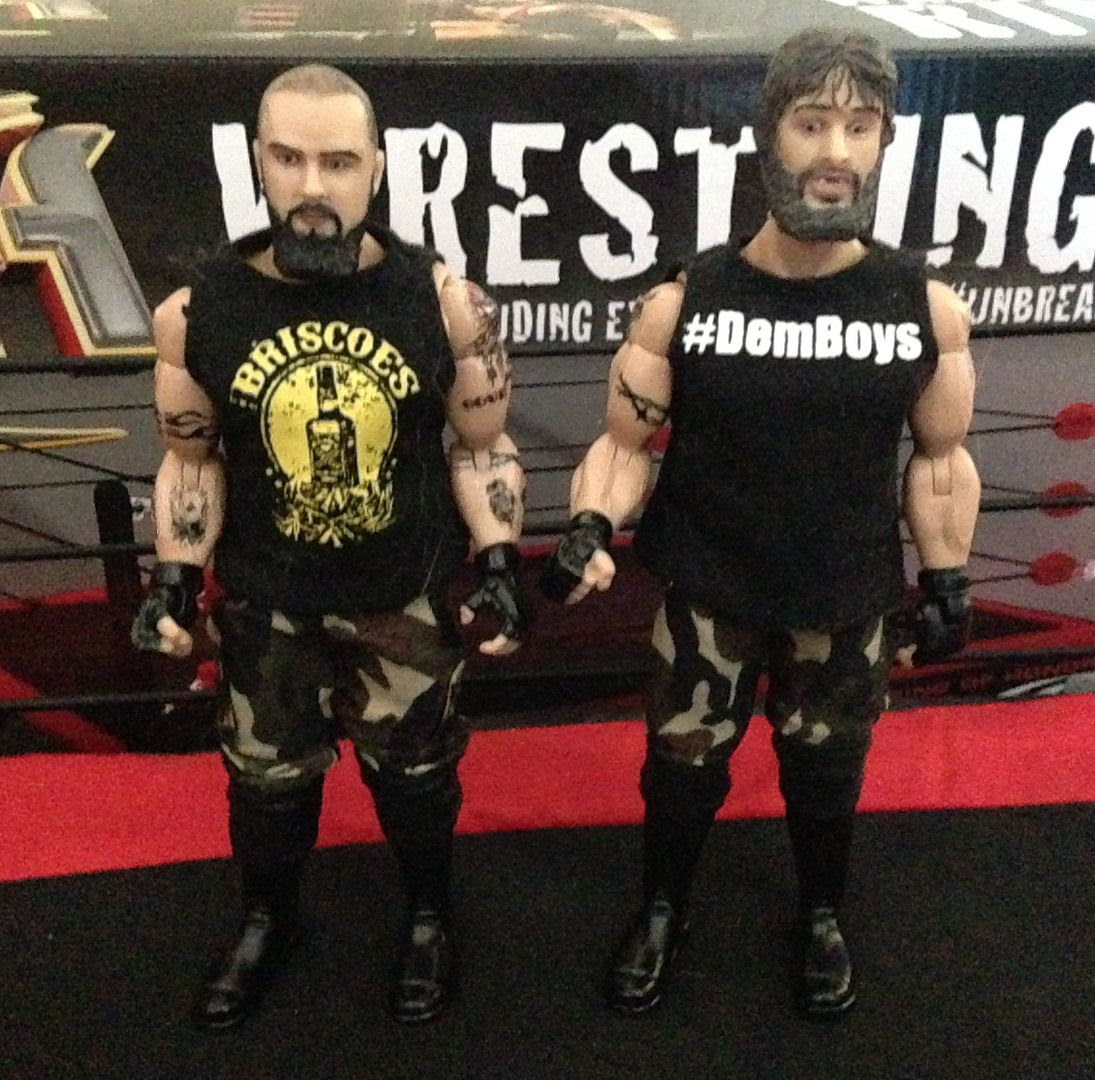 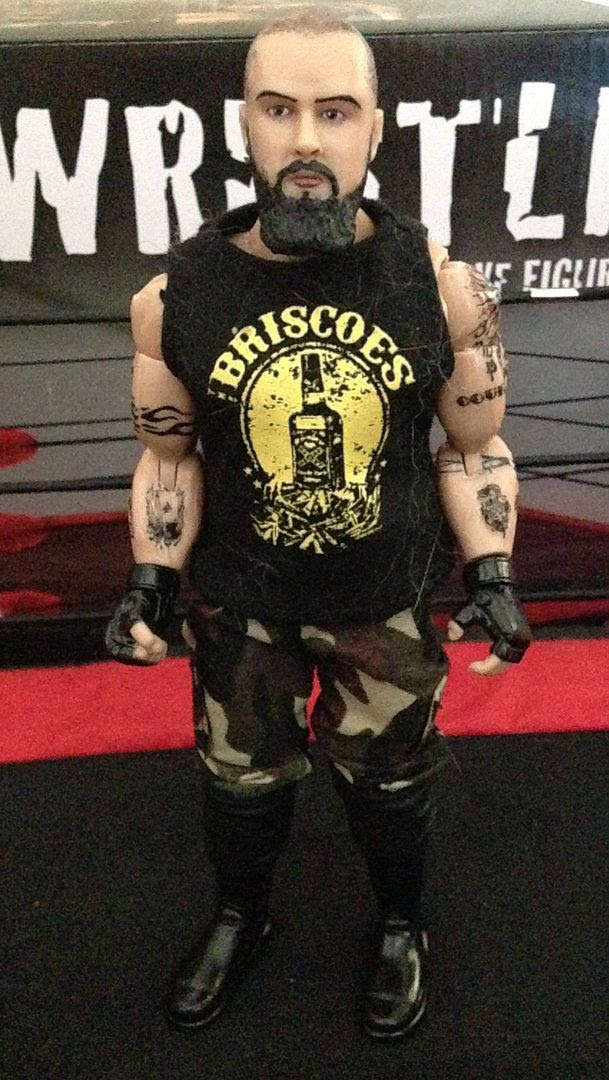 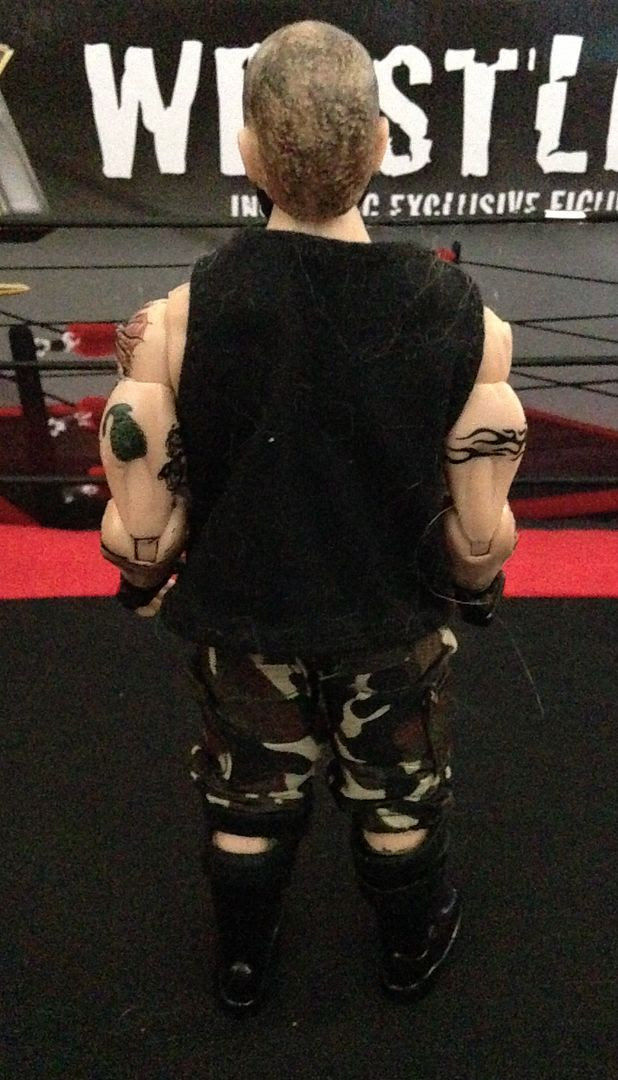 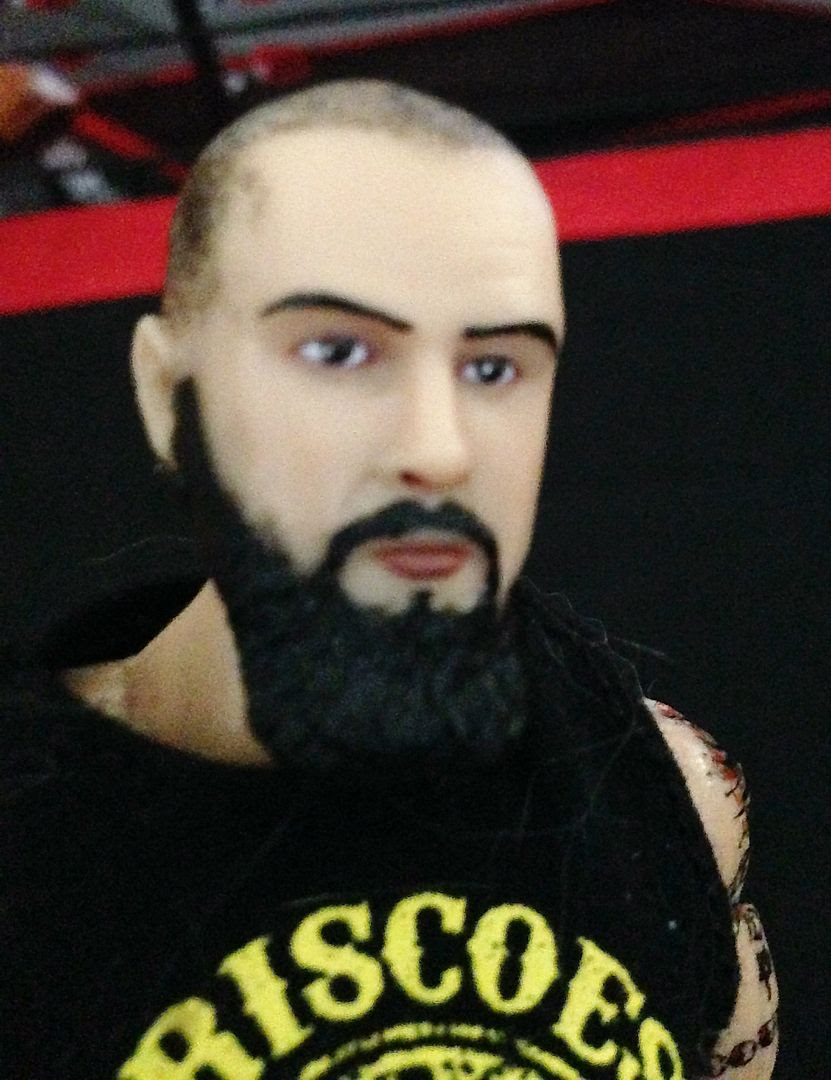 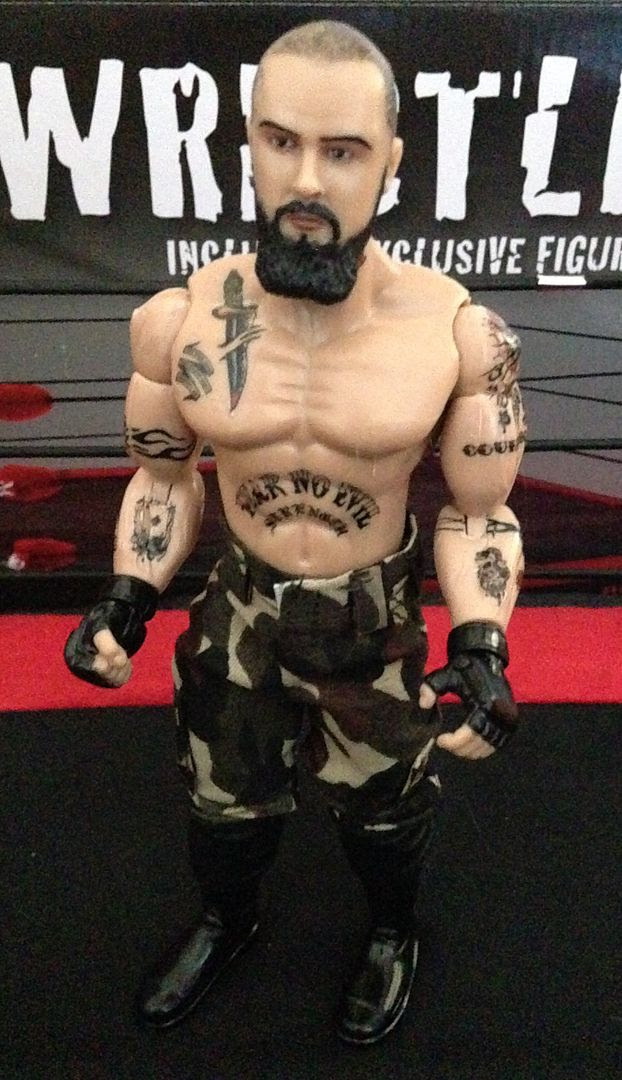 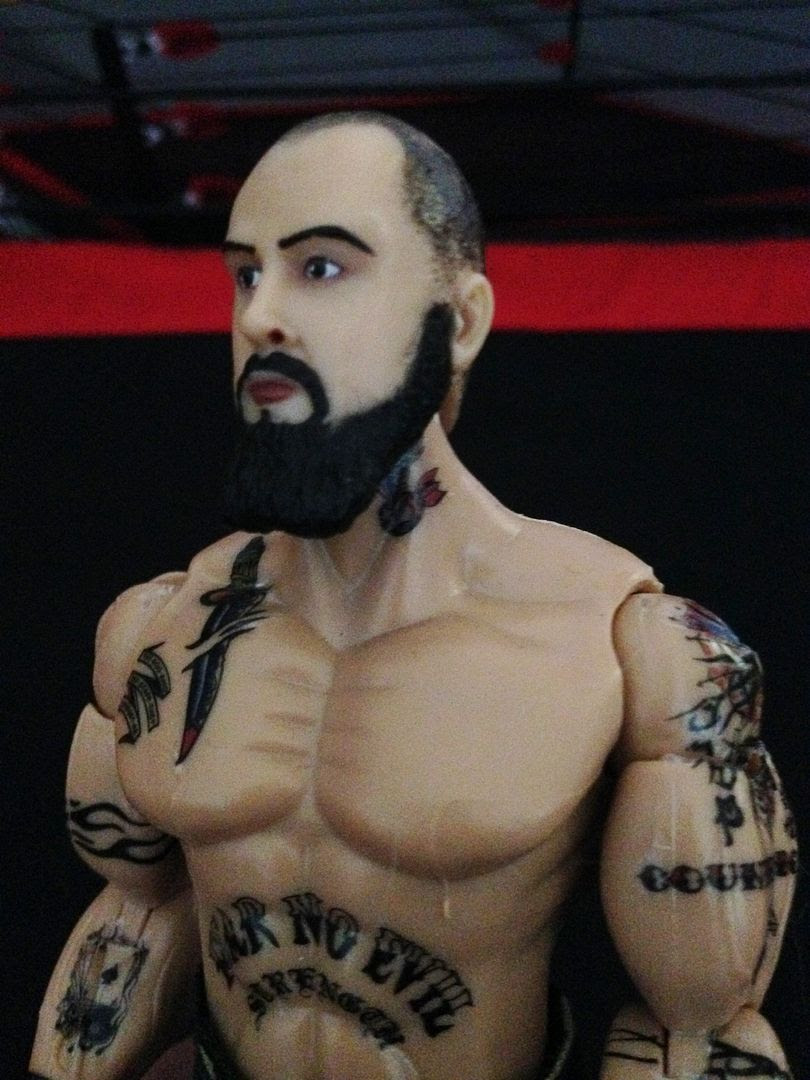 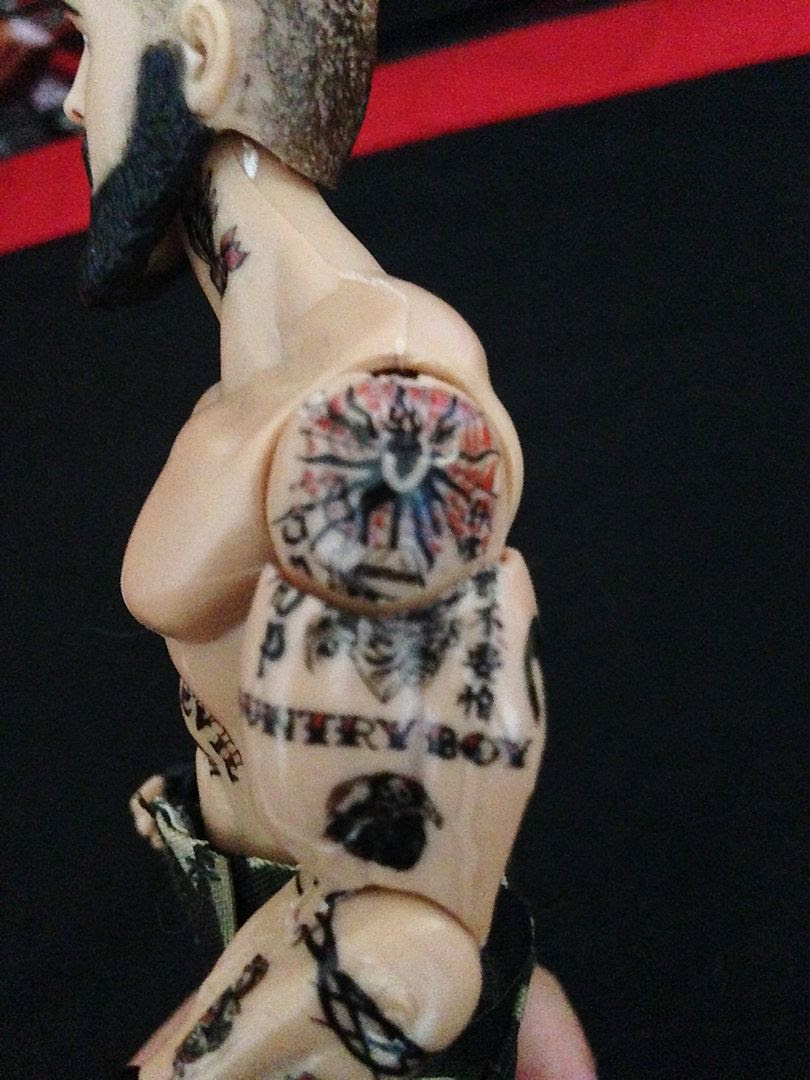 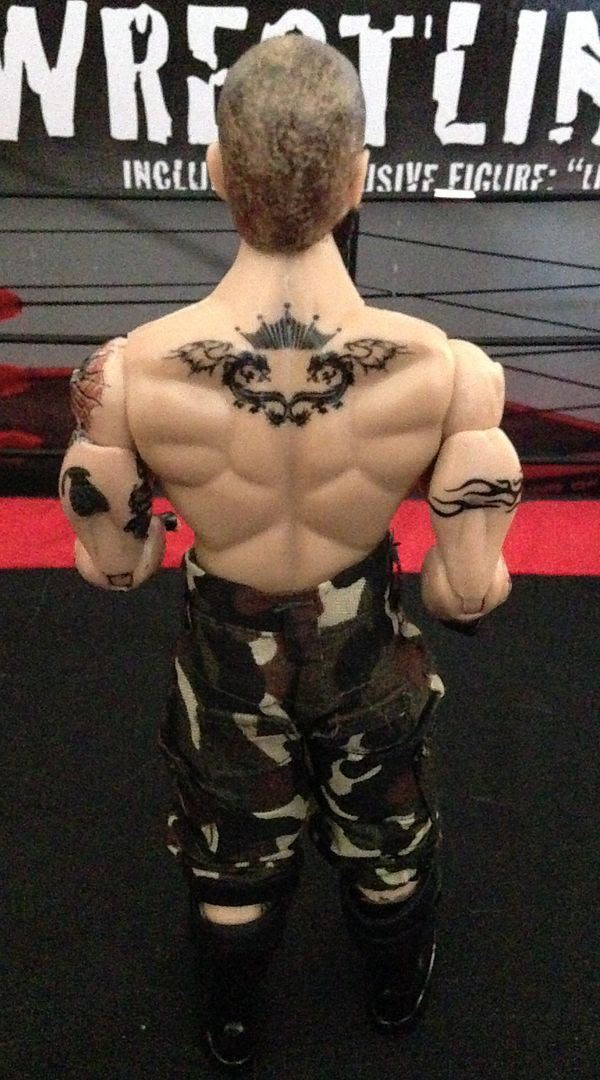 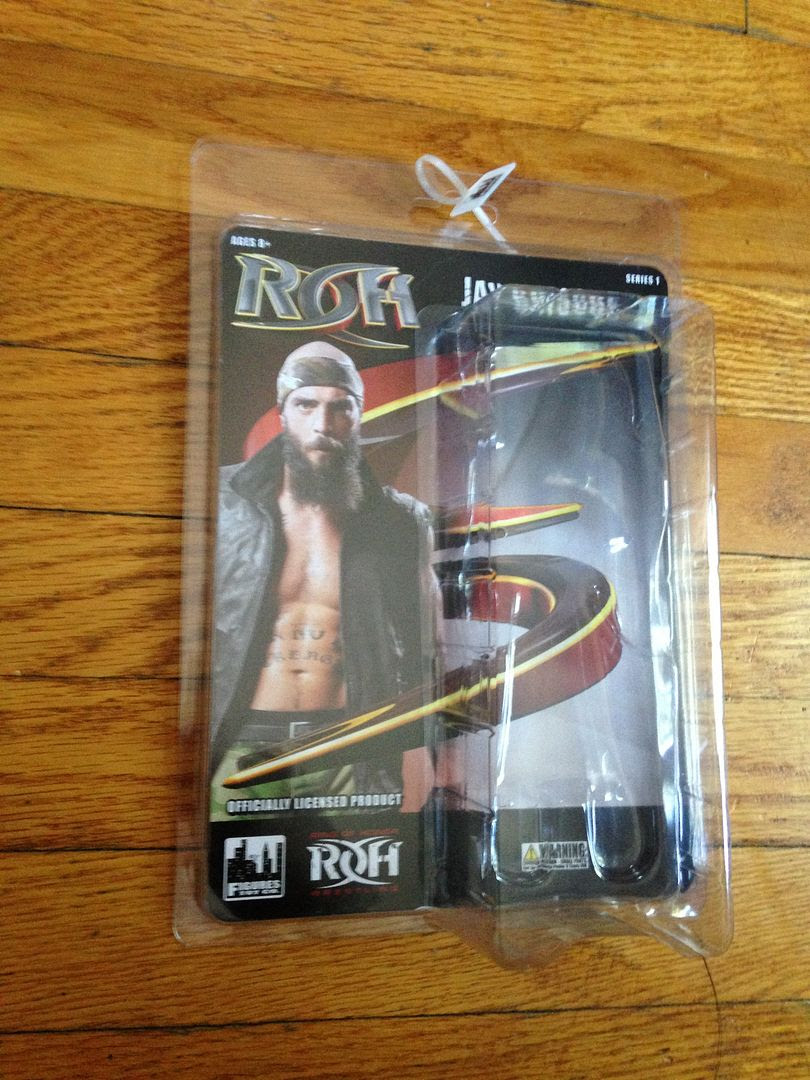 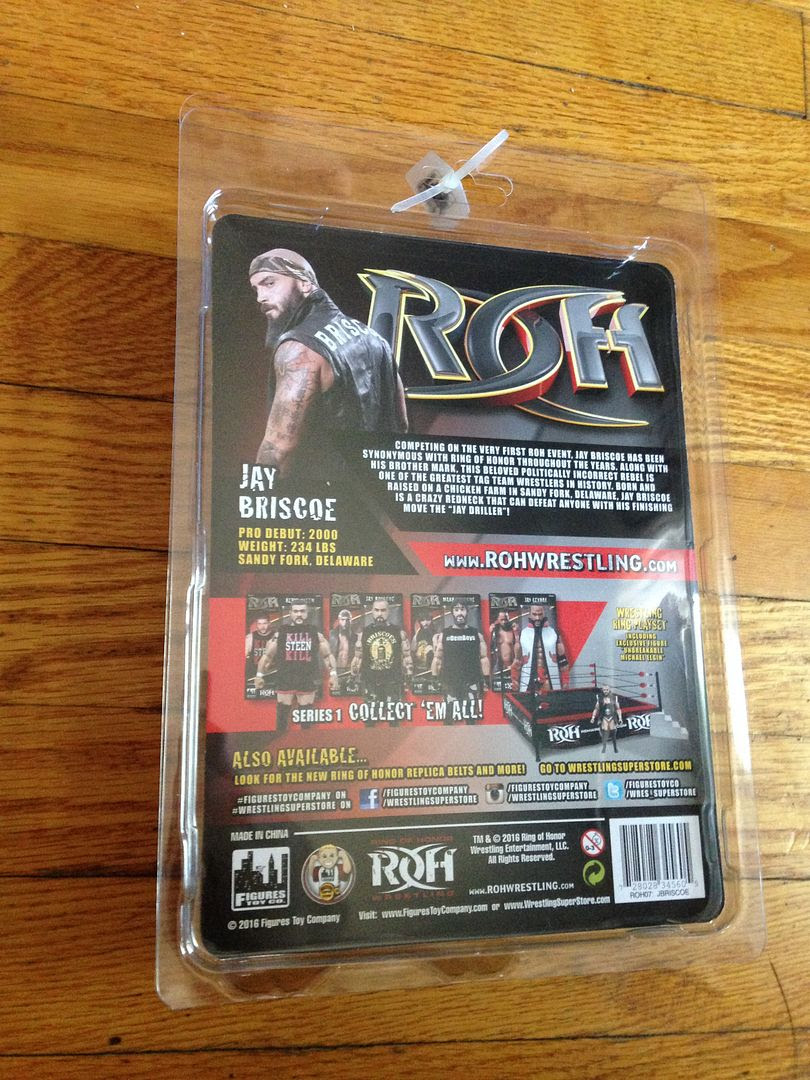